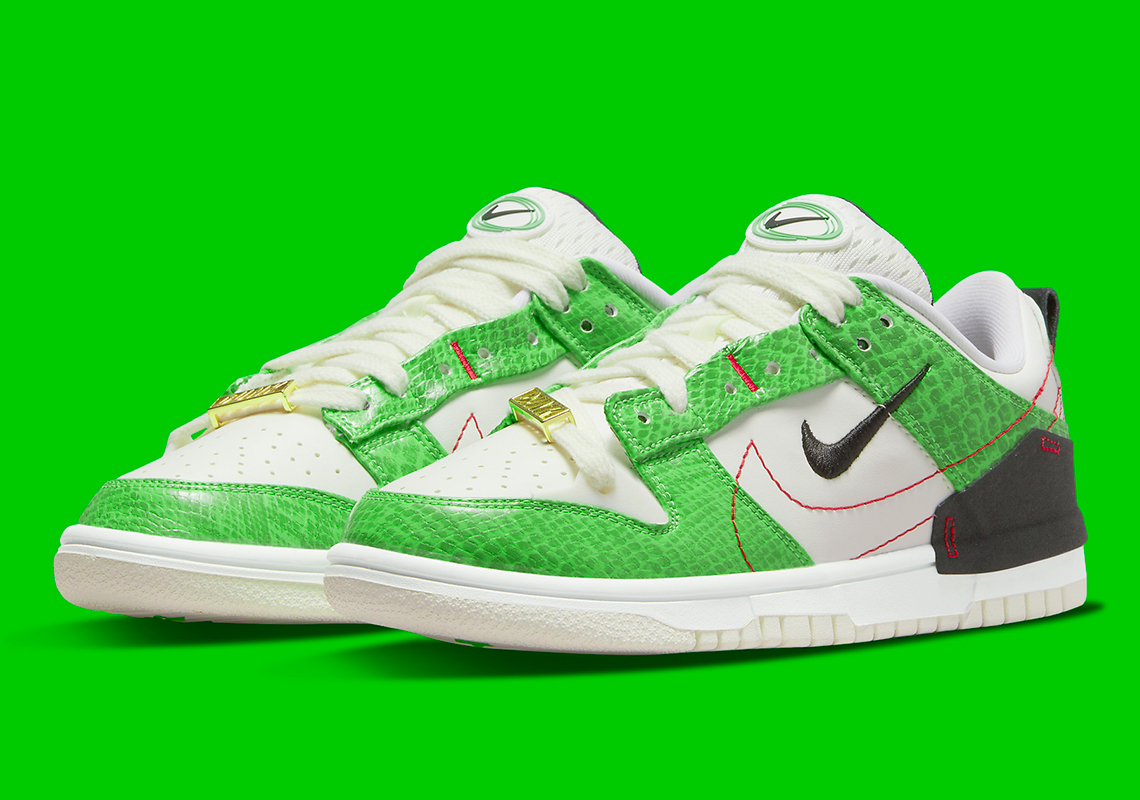 The Dunk Low Disrupt 2 has lived up to its name with ease. It’s certainly caused waves of excitement and frustration – a perfectly blended response that can only be described as disruption. While the silhouette itself has garnered quite a response on its own, it’s this newly surfaced colorway — which gently reminds us of Supreme’s SB Dunk High collaboration — that really had our heads turning.

While these have no affiliation with the luxury/skate brand, we can’t help but point out some of the similarities between this concoction and their 2003 collaboration with Nike SB. The snakeskin exterior reminds us of the croc-skin texture they used on the upper, but it’s truly the golden lace dubrae that had us instantly drawing a connection. Had these thrown in some golden stars somewhere, the link would’ve been clear, but these are just part of a larger “Just Do It” collection from Nike Sportswear that opts for exotic skins and other high-end touches.

A release date isn’t confirmed yet, but we expect these to hit Nike.com beginning this summer. 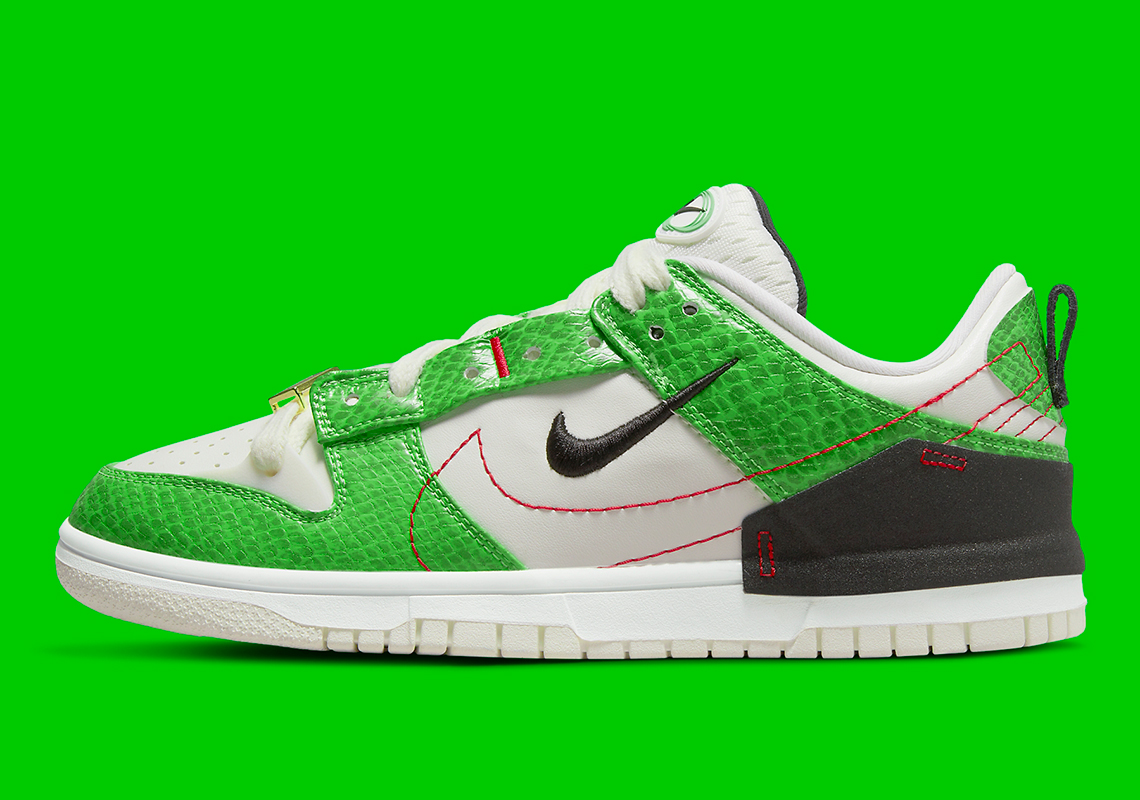 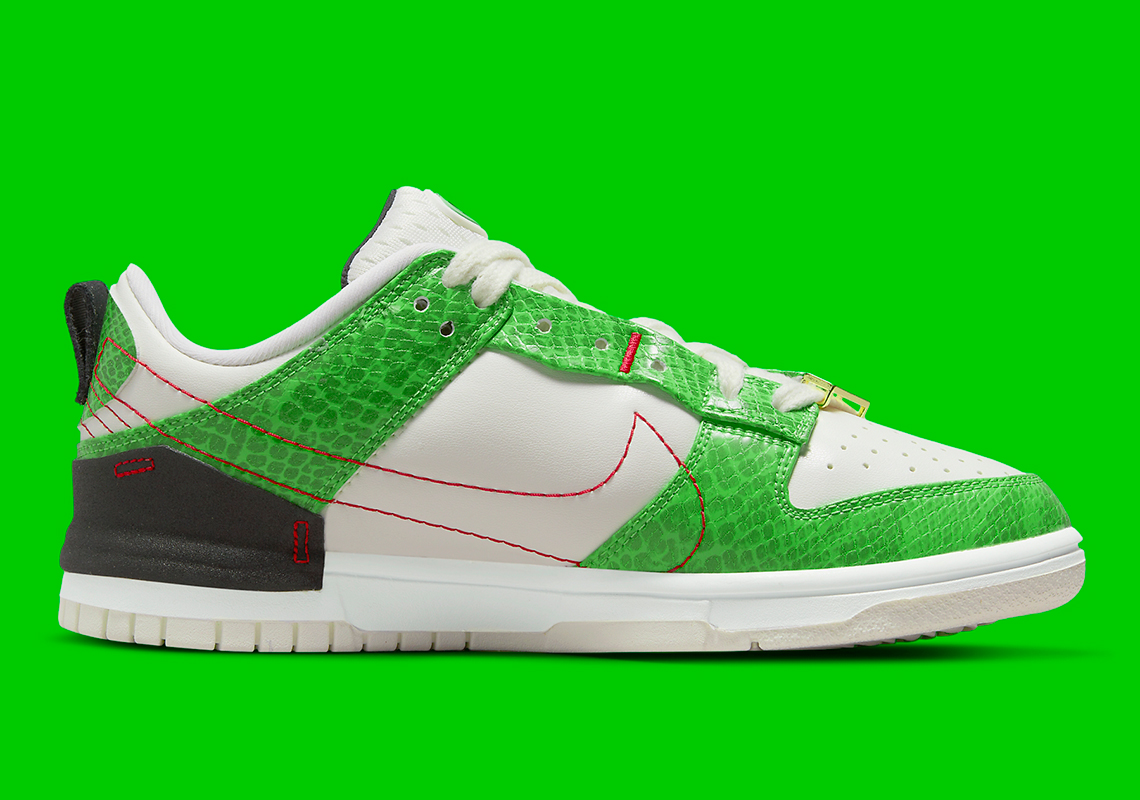 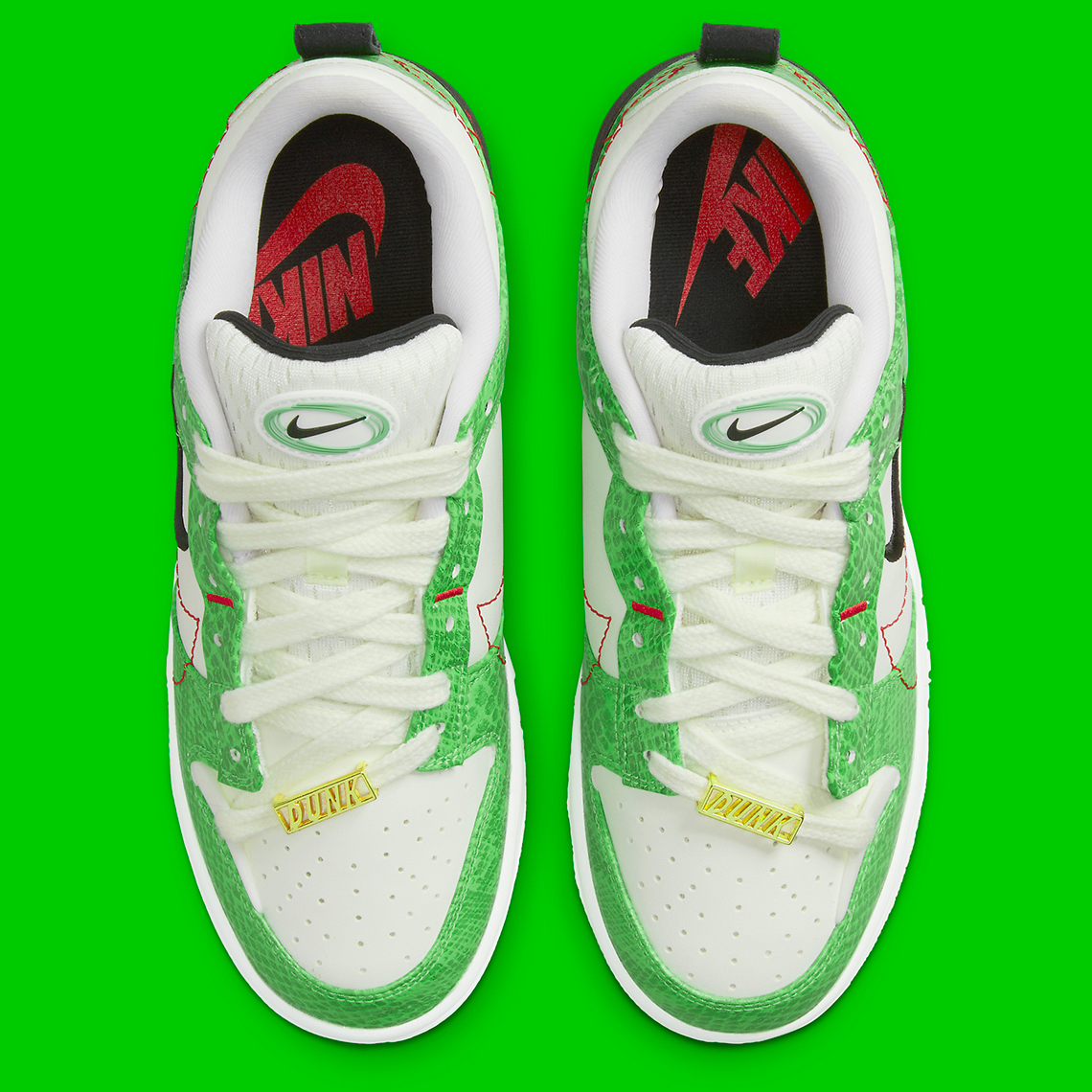 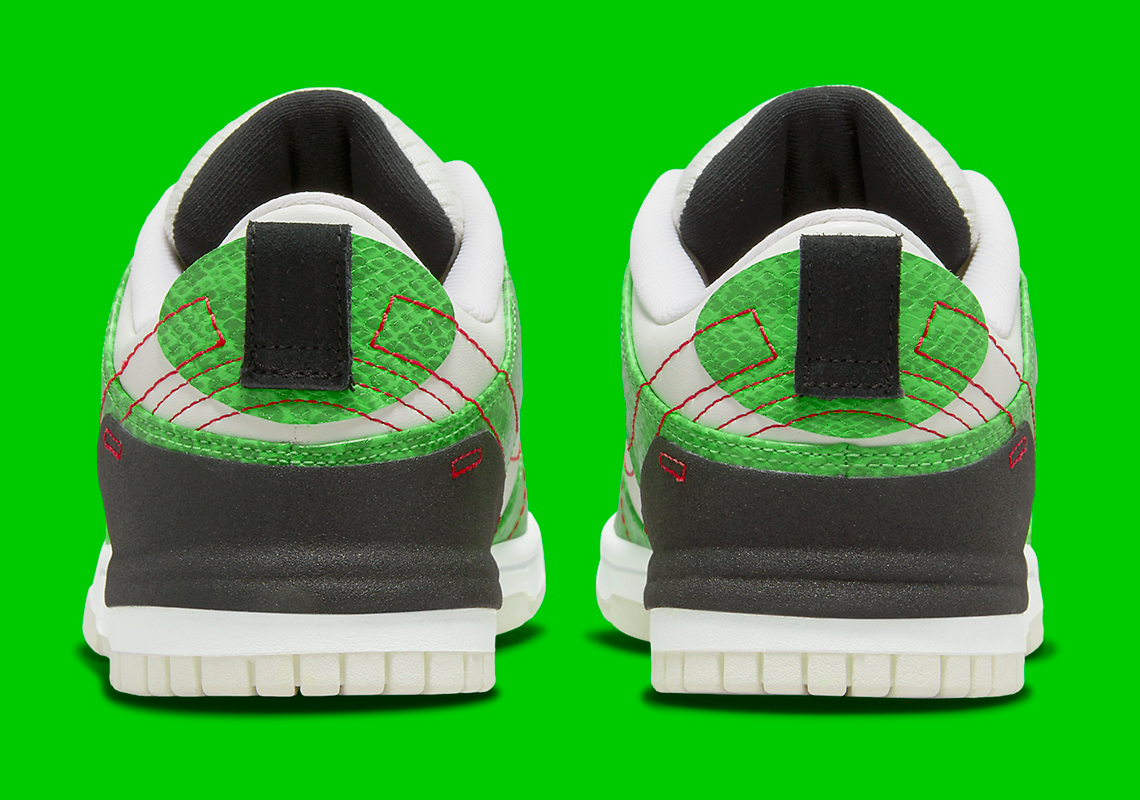 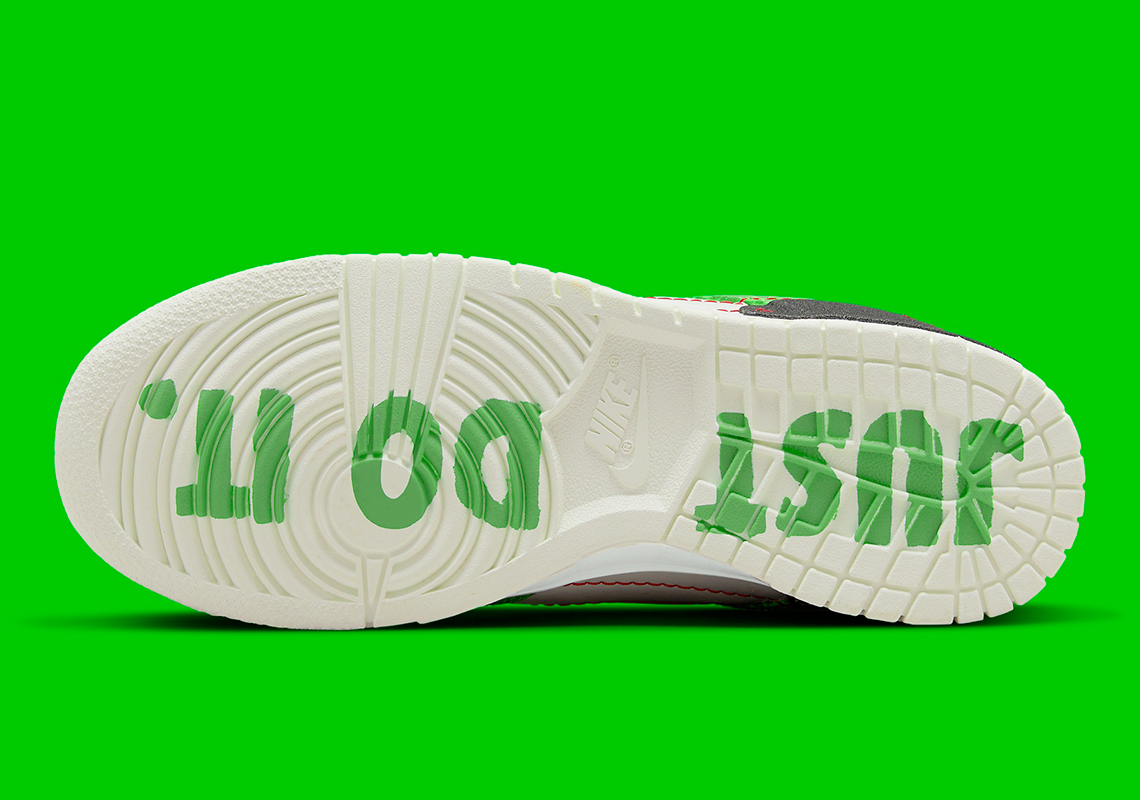 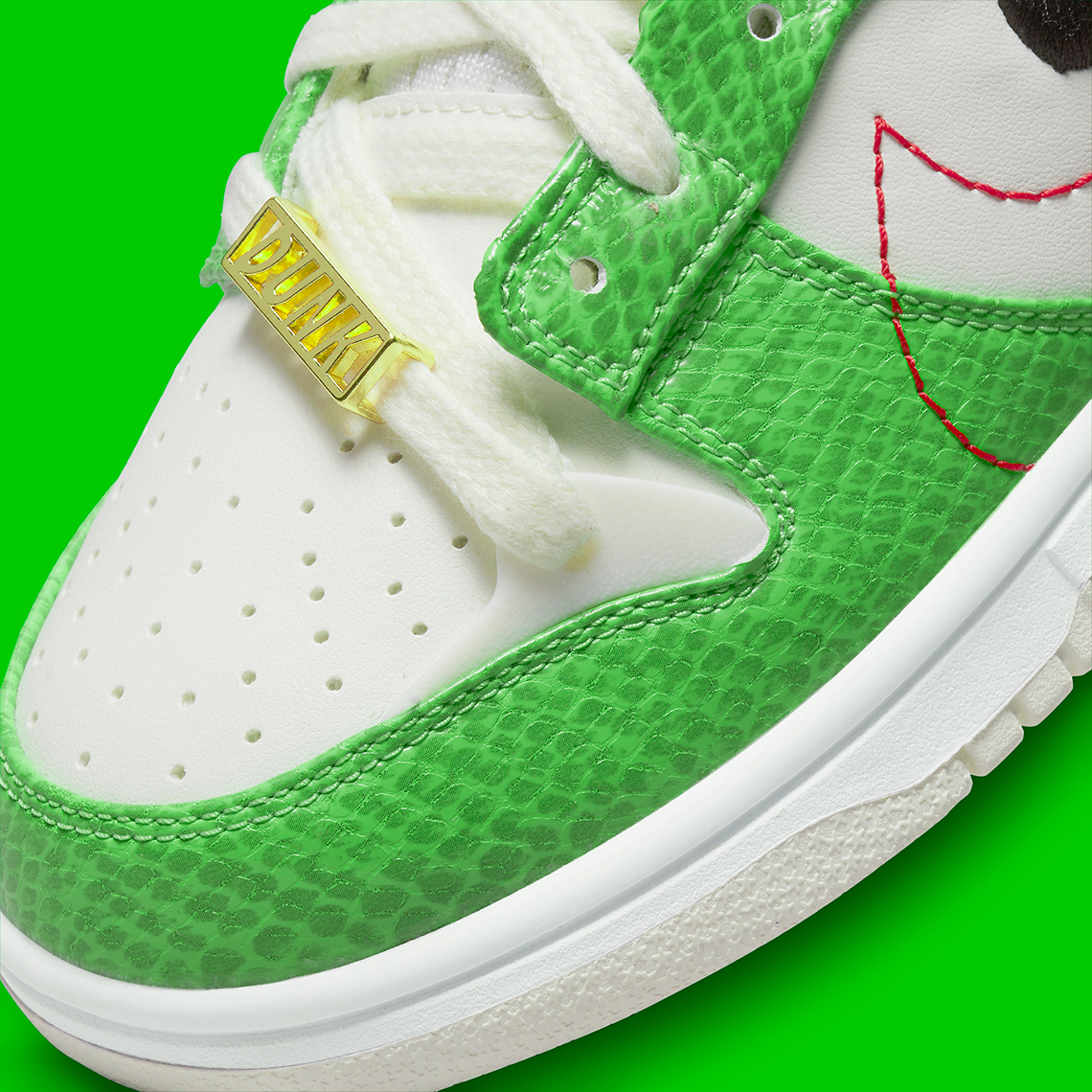 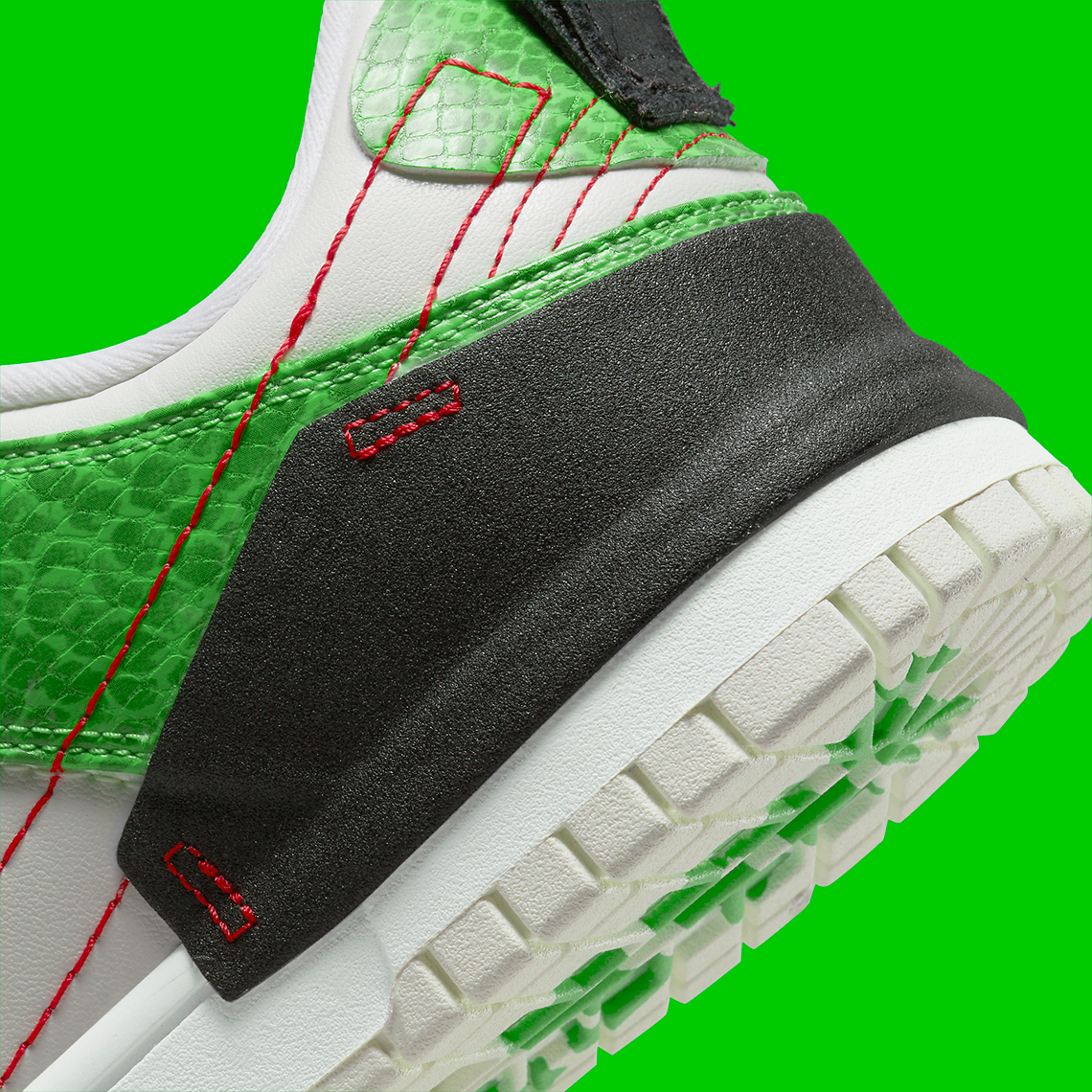