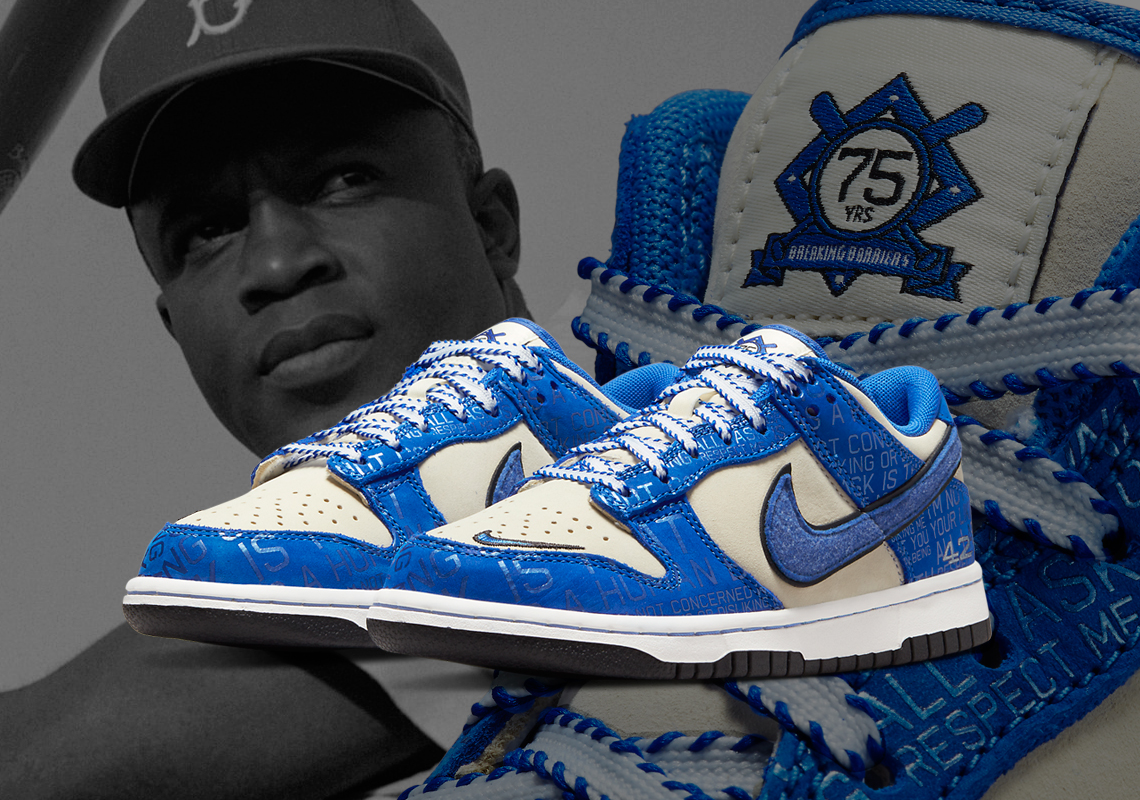 This April 15th marks the official observance of the 75th Anniversary of Jackie Robinson breaking the color barrier in baseball. The league-wide tribute to Jackie was at risk of being postponed due to the threat of the lockout, but with owners and players coming to agreement, the mighty tradition will continue and appropriate celebrations and displays of reverence will continue as forward. The importance of this milestone cannot be emphasized enough, but Nike is doing its part to recognize the magnitude of Jackie’s accomplishment with an upcoming Dunk Low sneaker release covered in baseball themes as well as aspects of Jackie Robinson’s lasting legacy.

The blue/cream colorway, the 42 on the heel, and the stitching style on the laces are a clear nod to Jackie’s time in baseball, but the most important aspect is the lettering that appears on the overlay as the insole. On April 15th, 1947, Jackie Robinson stepped onto Ebbets Field in Brooklyn and famously stated “I’m not concerned with your liking or disliking me. All I ask is that you respect me as a human being.” Such words has spoken volumes throughout professional sport, but that truly pales in comparison to the effect it had on the Civil Rights movement.

While a release date is not known, we expect Nike to have these prepared on or around April 15th, 2022. Stay tuned for updates. 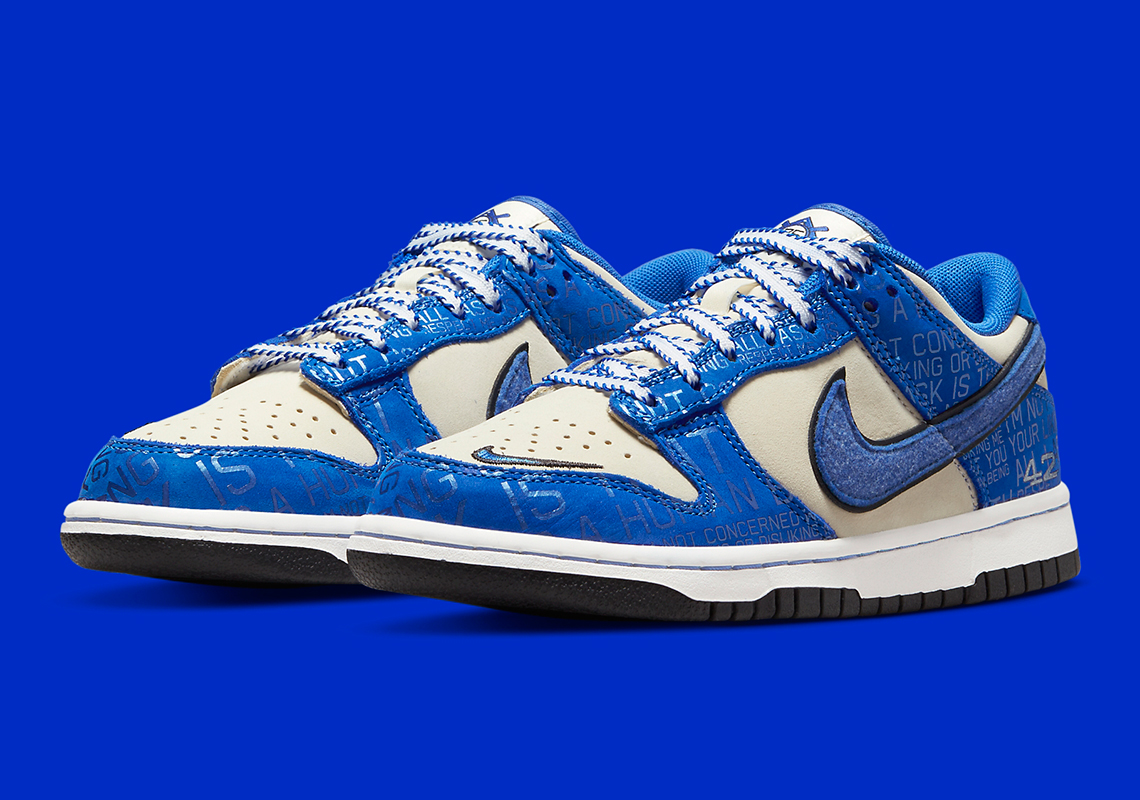 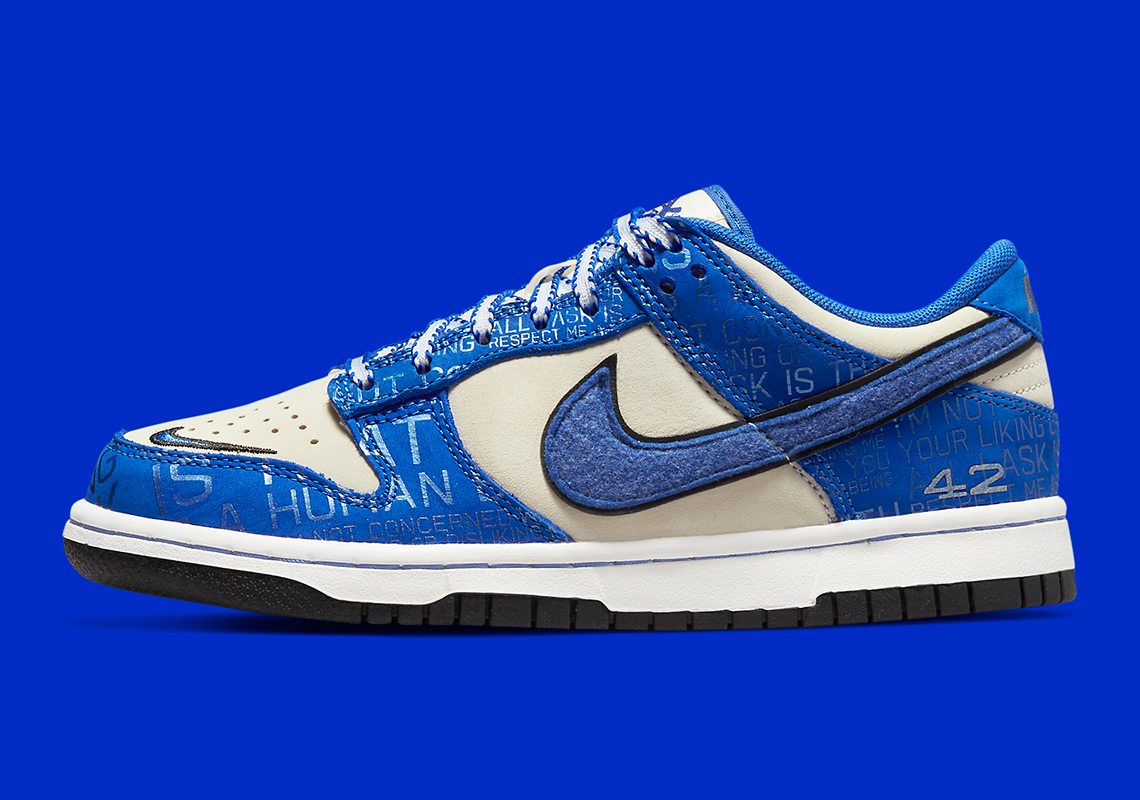 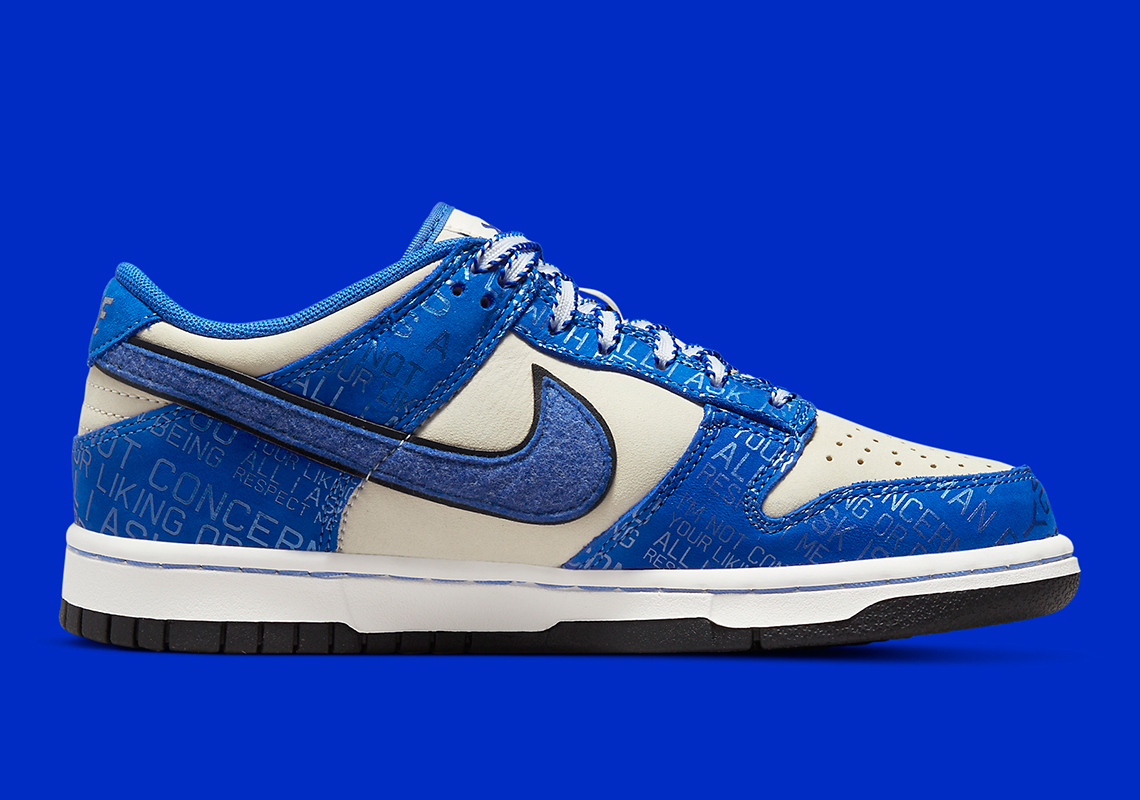 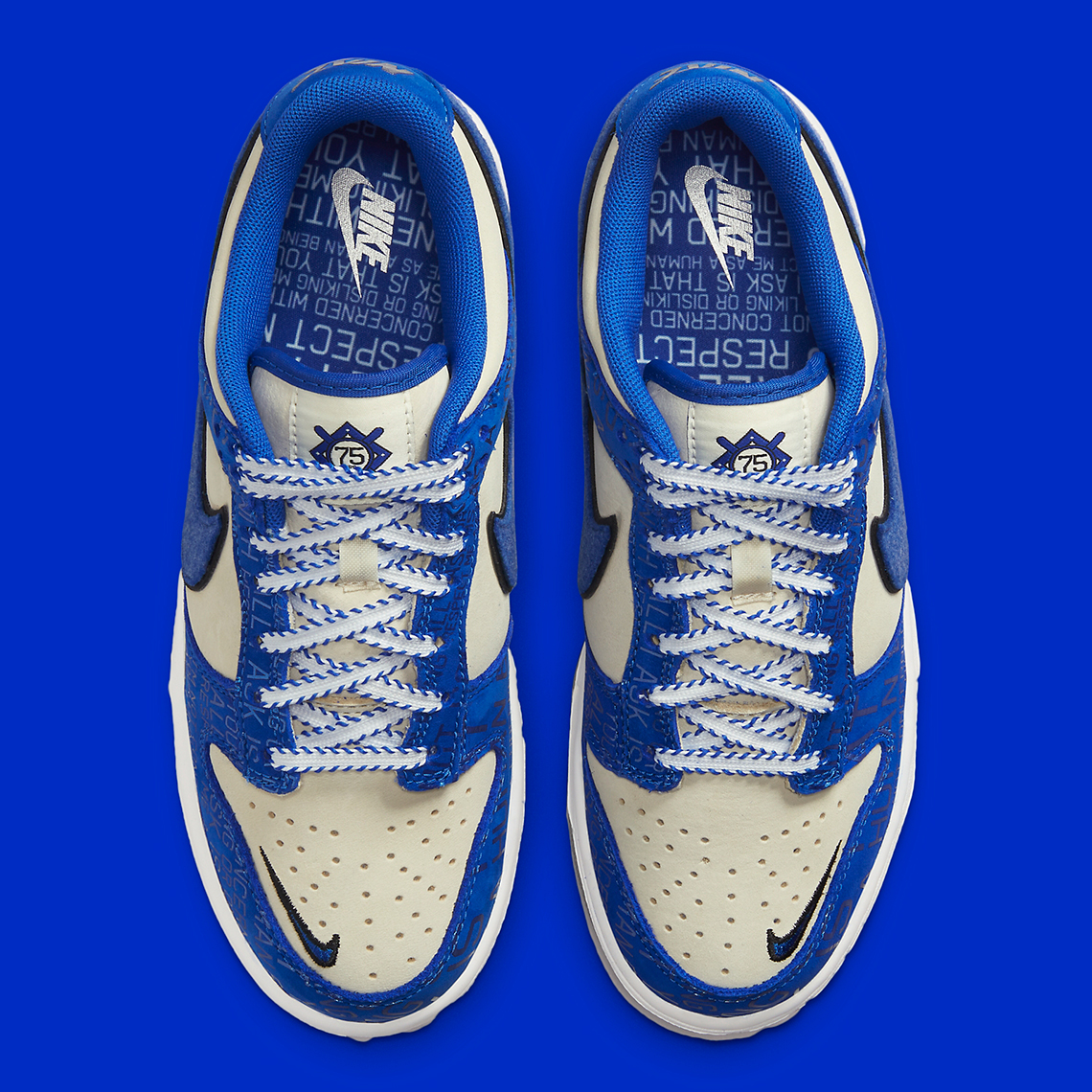 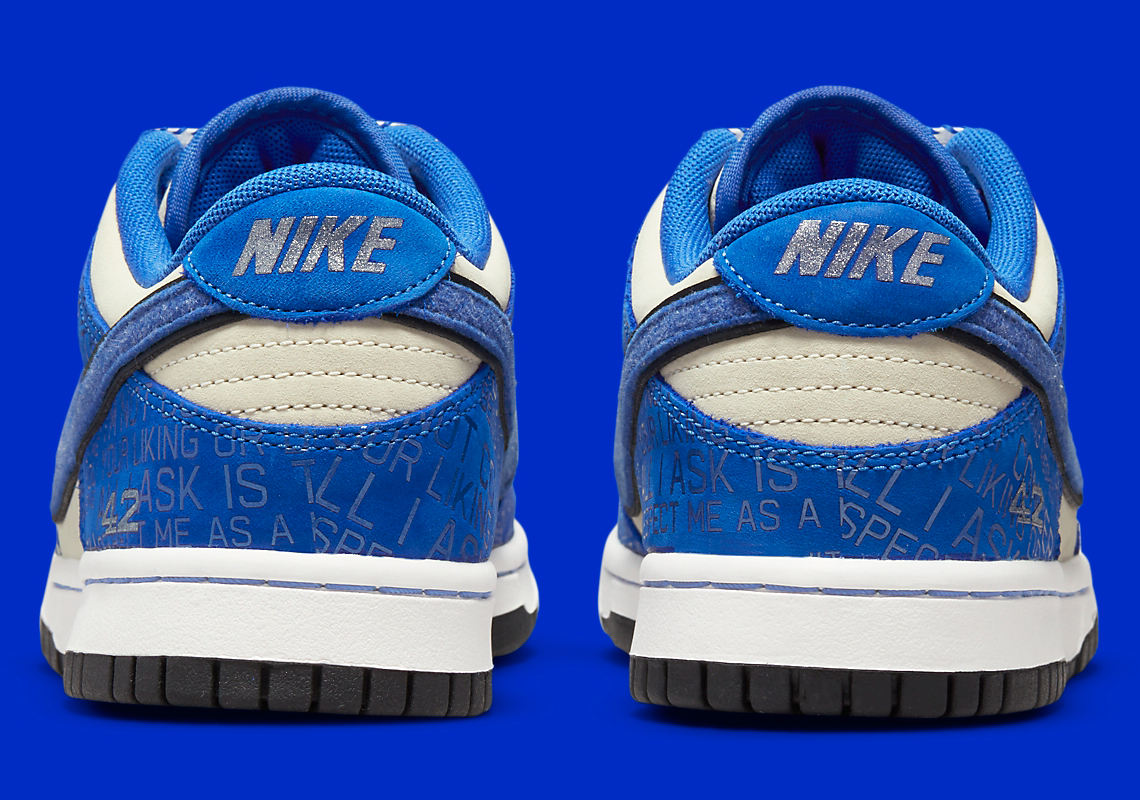 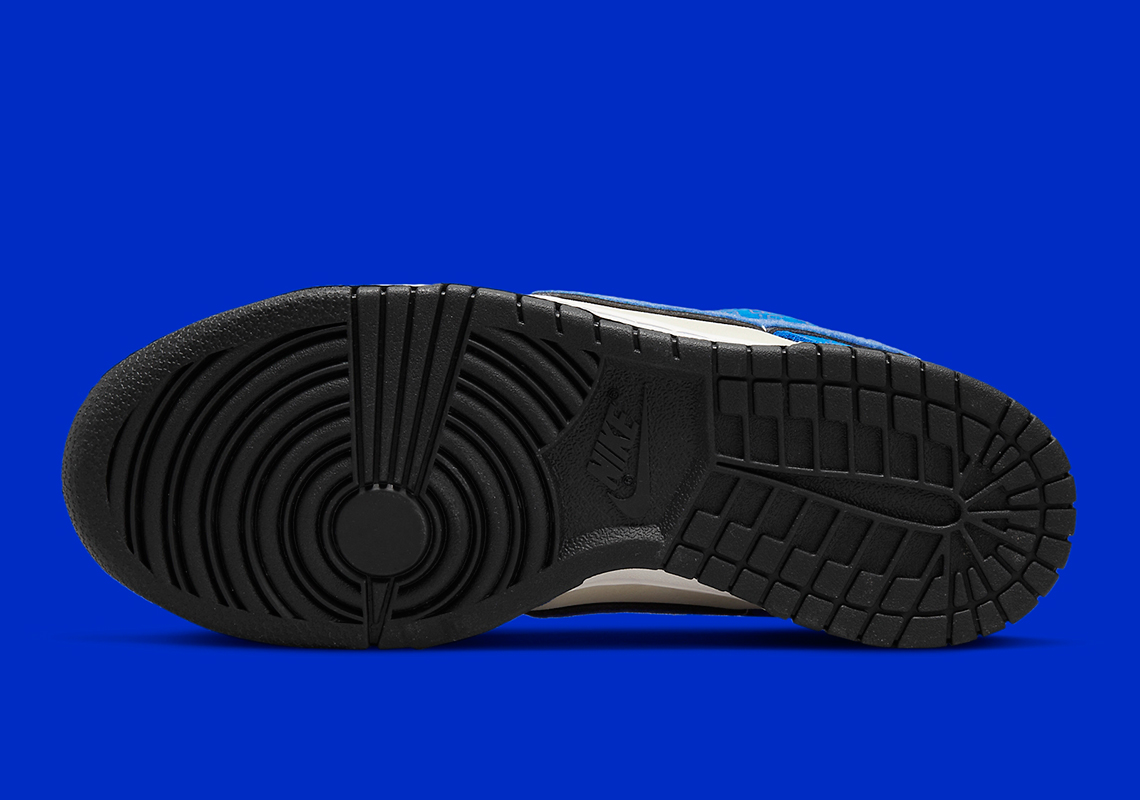 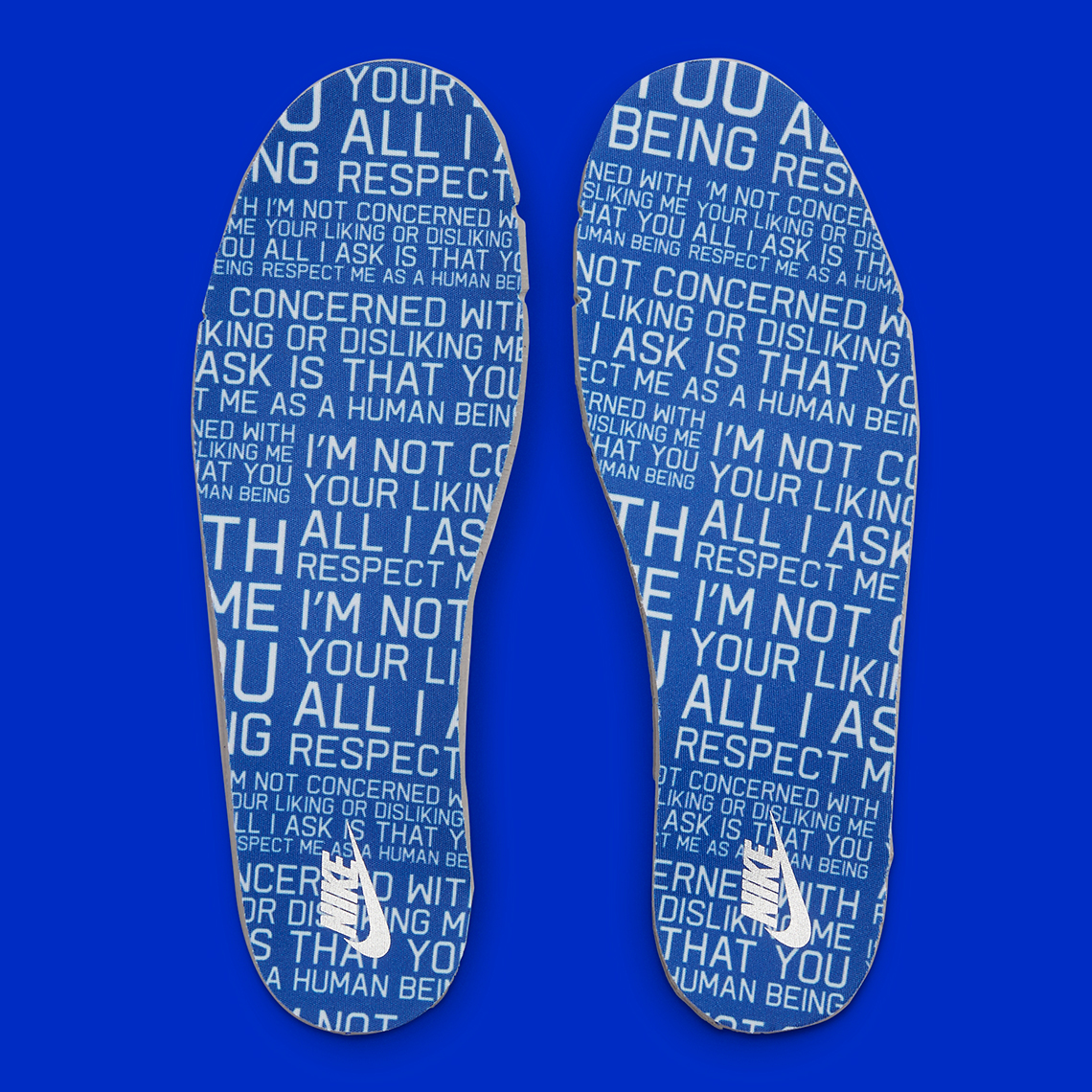 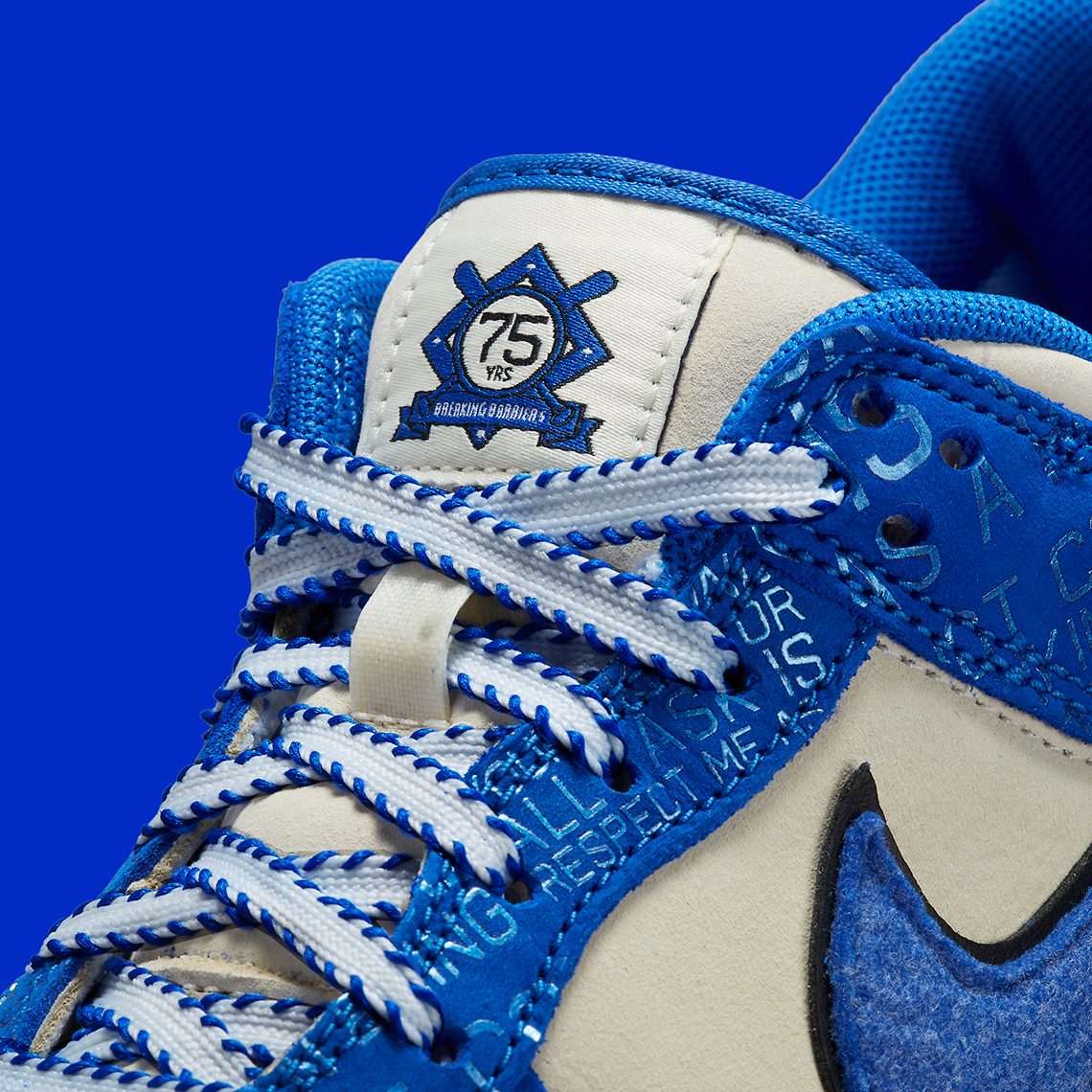 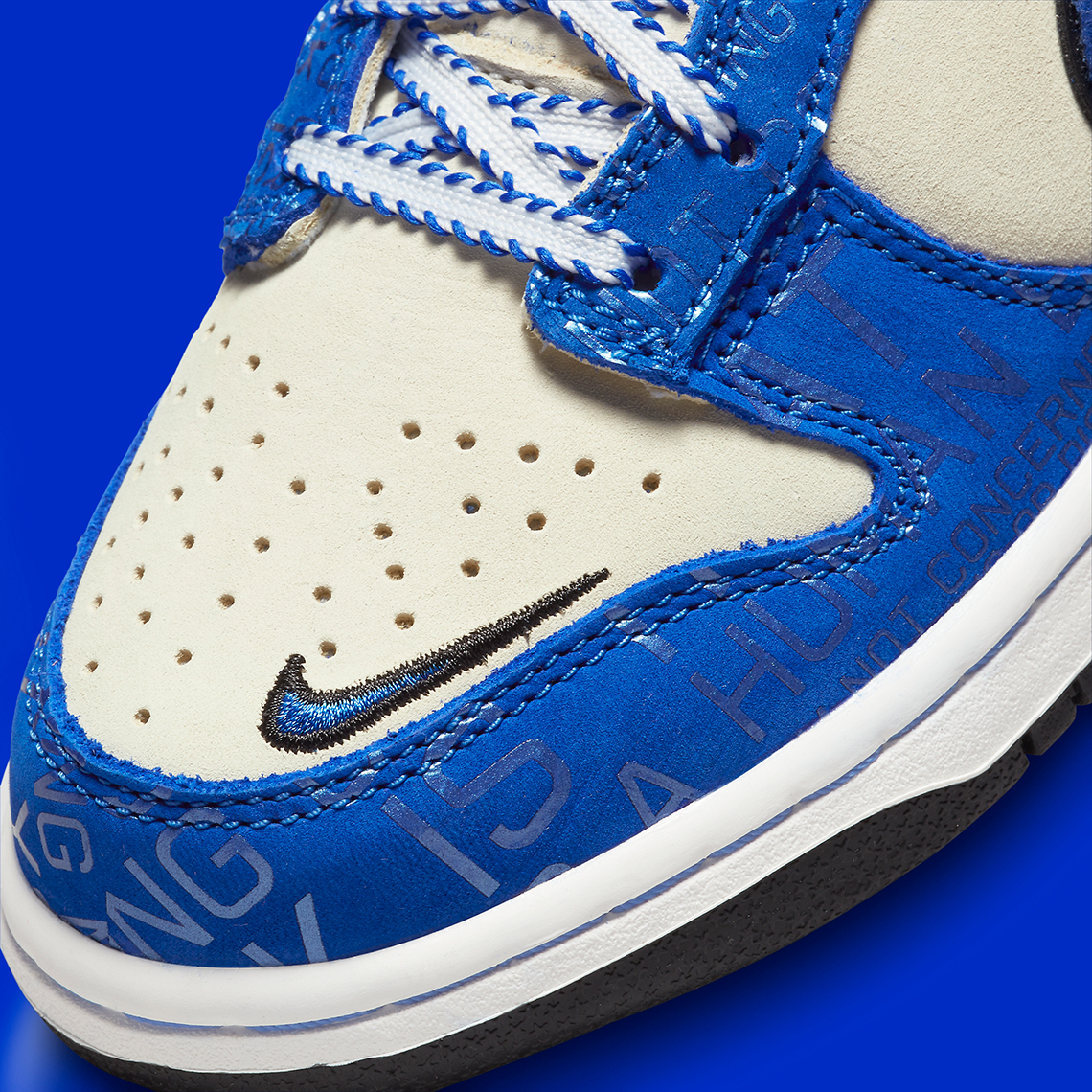 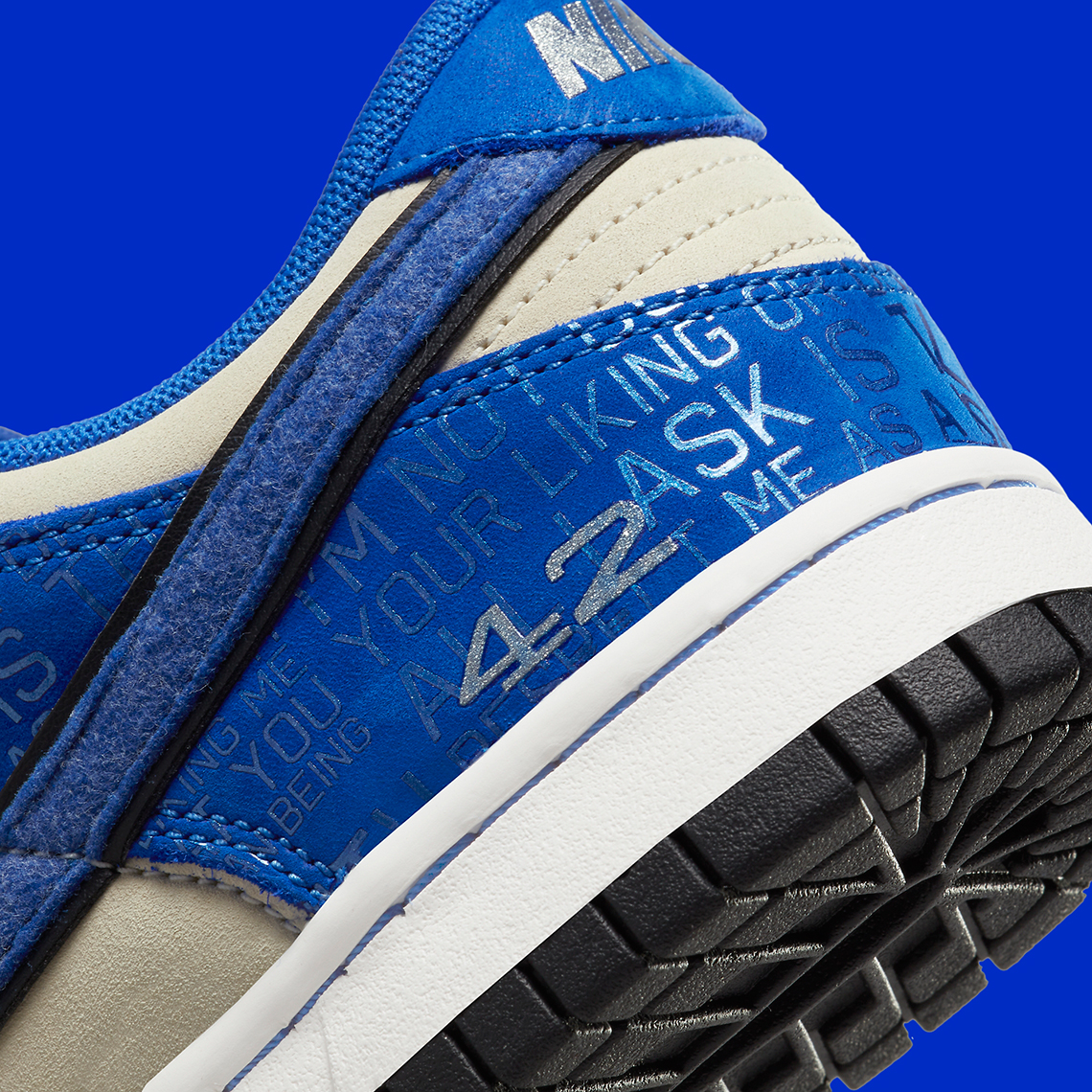