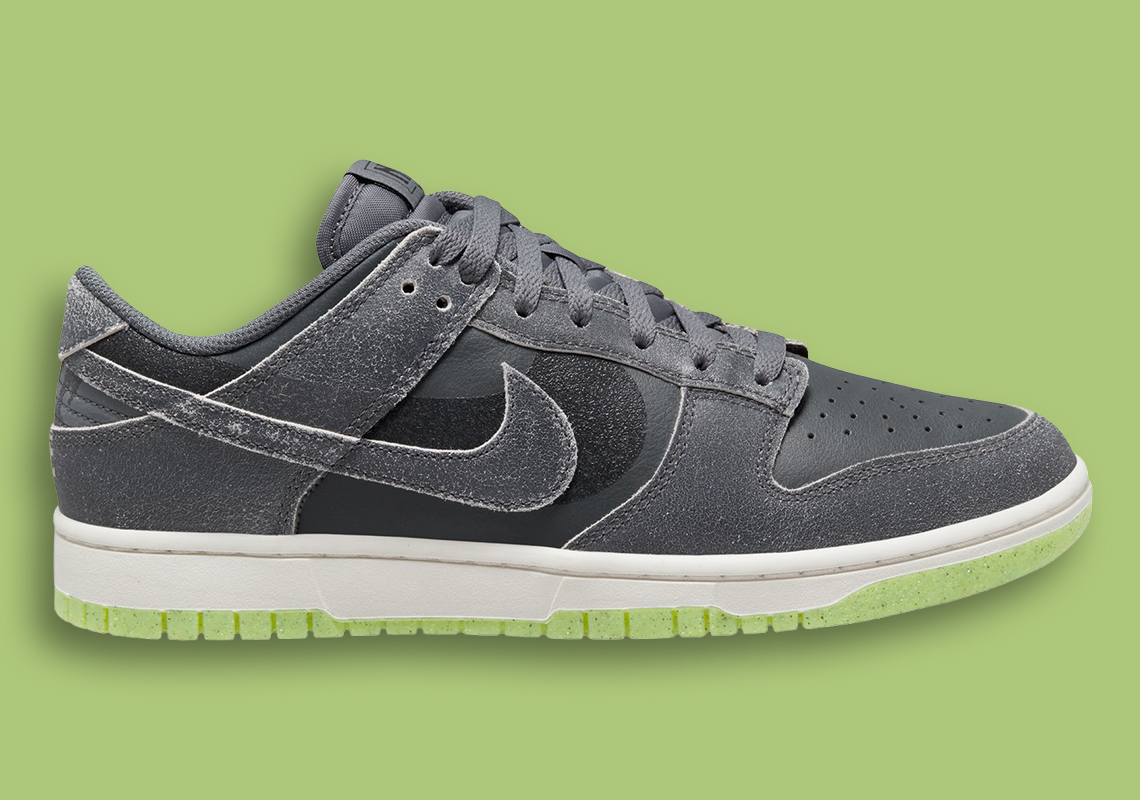 While classic two-toned colorways greeted the Dunk Low upon its return, the silhouette has since added a number of unique, experimental offerings to its catalog. Alongside ocean-like textures and graffiti-styled prints, Peter Moore’s beloved design will soon feature shadowy Swooshes and a cracked leather assembly.

The above-mentioned leathers dress every overlay, peeling away to reveal white underneath. And though smooth by comparison, the base complements in its solid grey finish, whose shade also dresses the adjacent lining, laces, and tongue. Elsewhere along the profile, the pair creates a shadow-inspired illusion with its second, lightly printed Swoosh.

Sat atop a White/Scream Green sole, this Dunk Low was originally expected to release in October, but that date is sure to be pushed back. For now, sit tight as we await additional details as well as official images.

In other news, the Yeezy Foam Runner Sulfur releases this Friday. 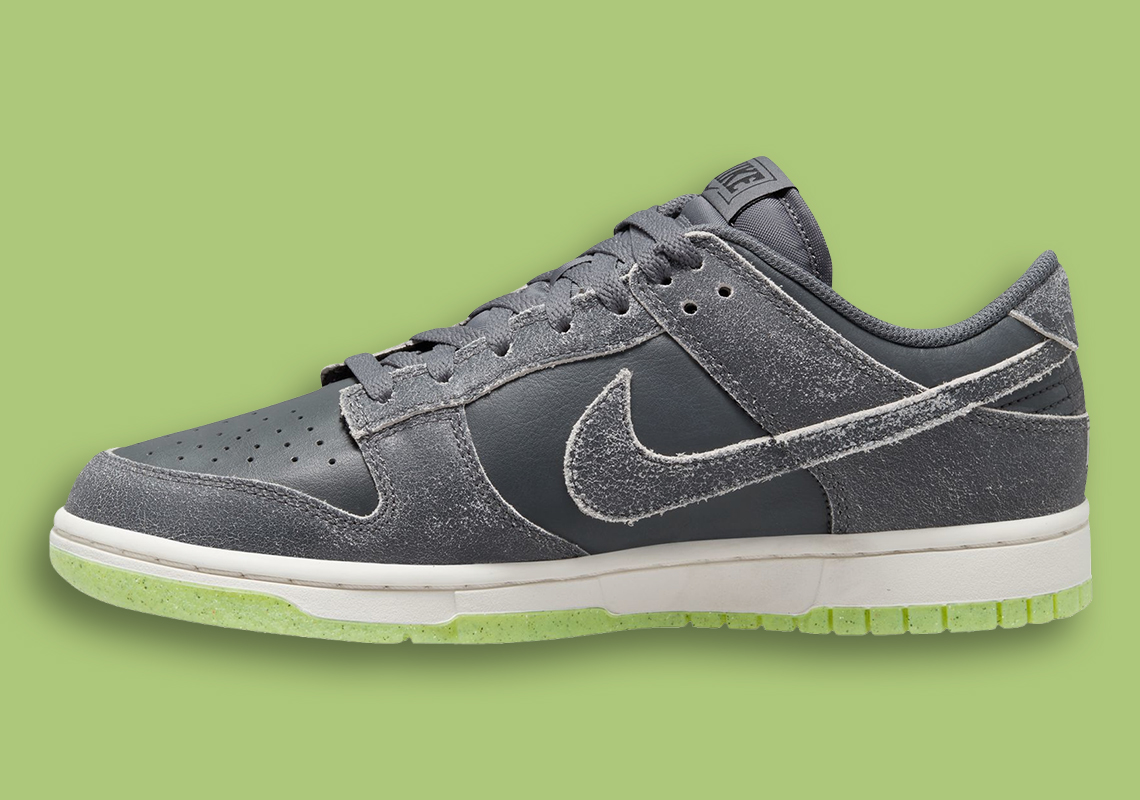 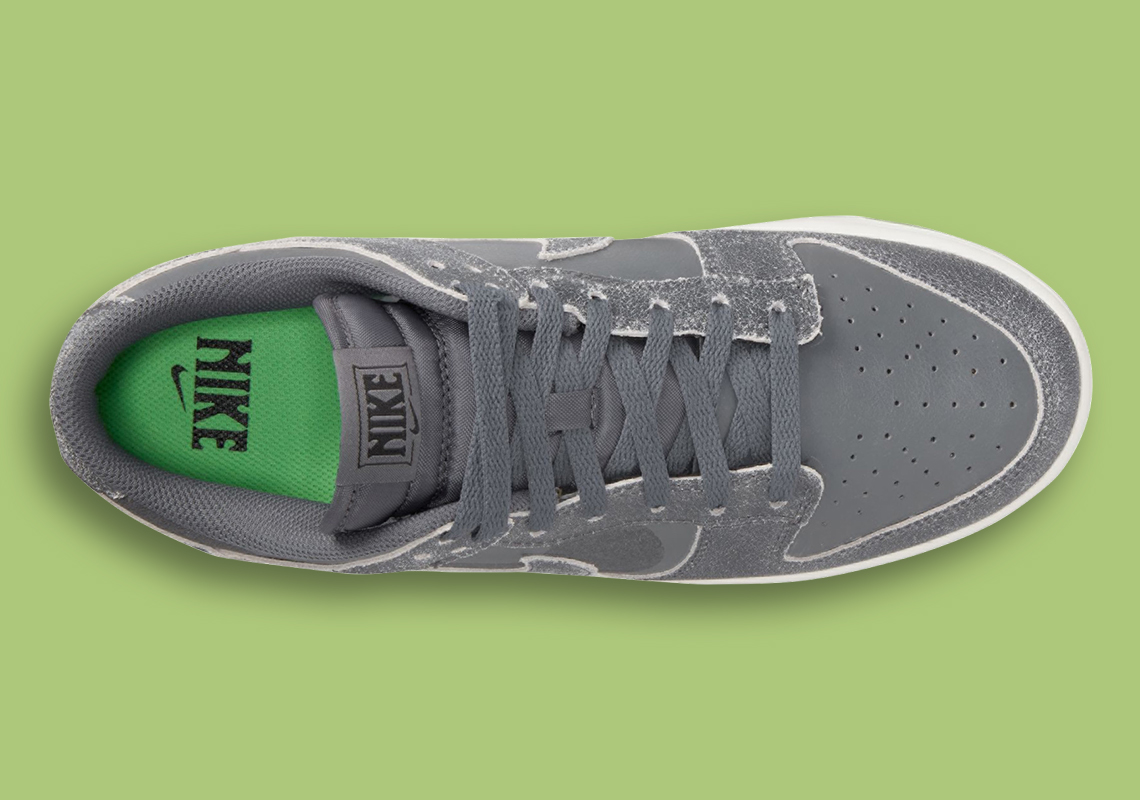 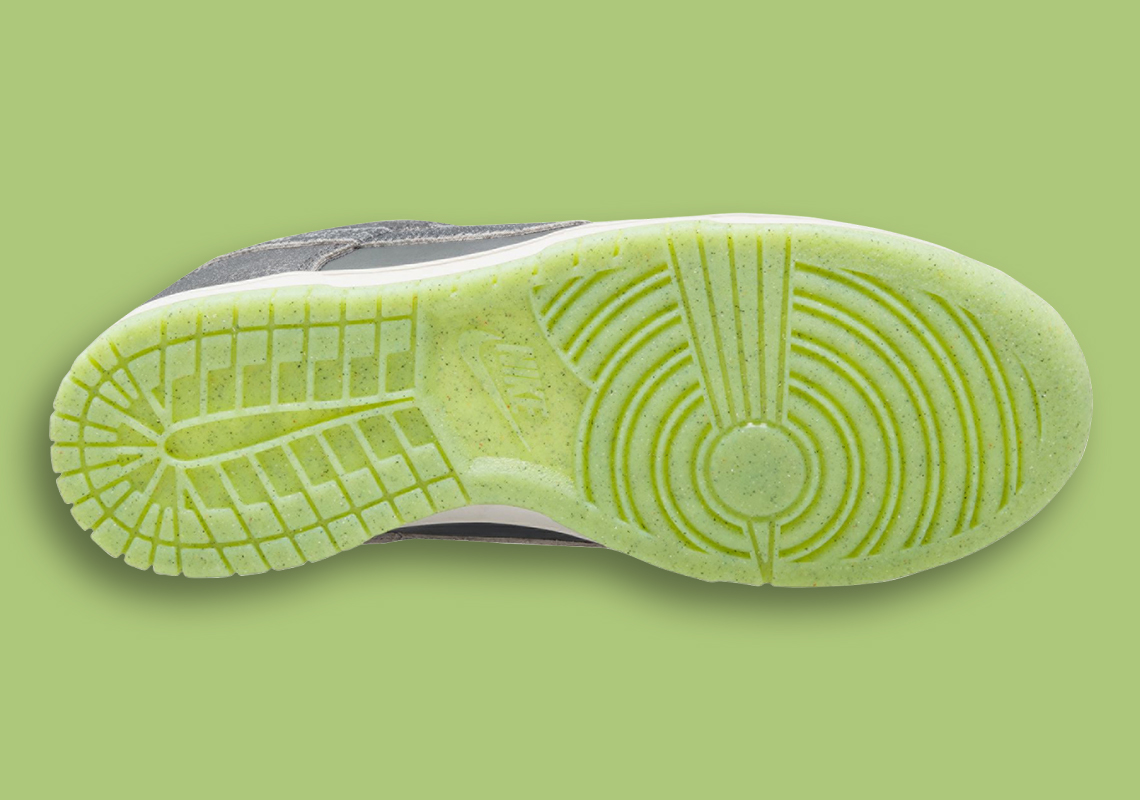