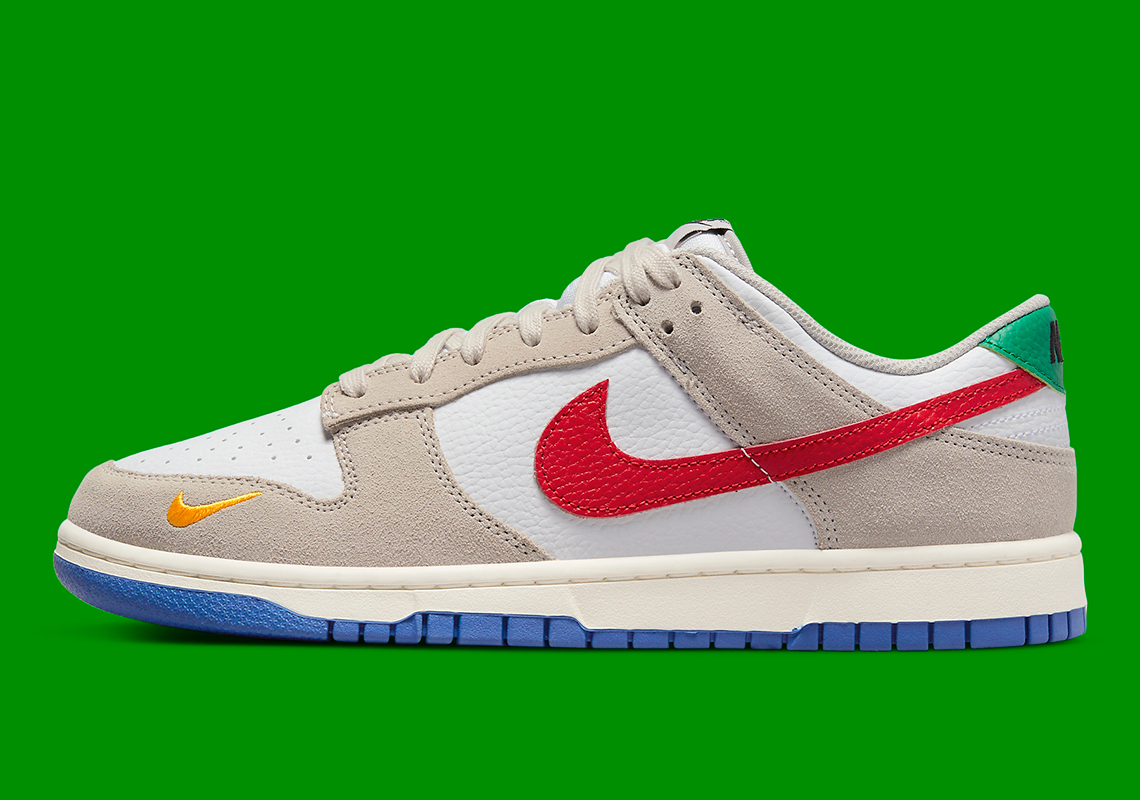 Peter Moore’s Nike Dunk Low has gone from basketball court-staple to street style icon. Although original two-tone arrangements continue being some of its most popular, the 1985 design has also garnered newfound attention via more experimental offerings.

Recently, the low-top Nike Dunk emerged in a predominantly “Light Iron Ore” and “White” colorway, with the former tone arriving exclusively via the suede overlays found across the upper. Tumbled leather bases, then, favor the “colorless” hue, allowing accompanying “University Red” and green flair that appears at the profile swooshes and upper heel panel, respectively, to revel in the spotlight. Non-standard miniature swooshes at the lateral forefoot introduce a golden yellow into the mix, while the Air Jordan 1-reminiscent sole units underfoot round out the ensemble with tread clad in a vibrant blue.

Enjoy official images of the pair ahead, and anticipate a Nike SNKRS launch as summer inches closer.

For more from under the NIKE, Inc. umbrella, check out all remaining Jordan release dates 2022. 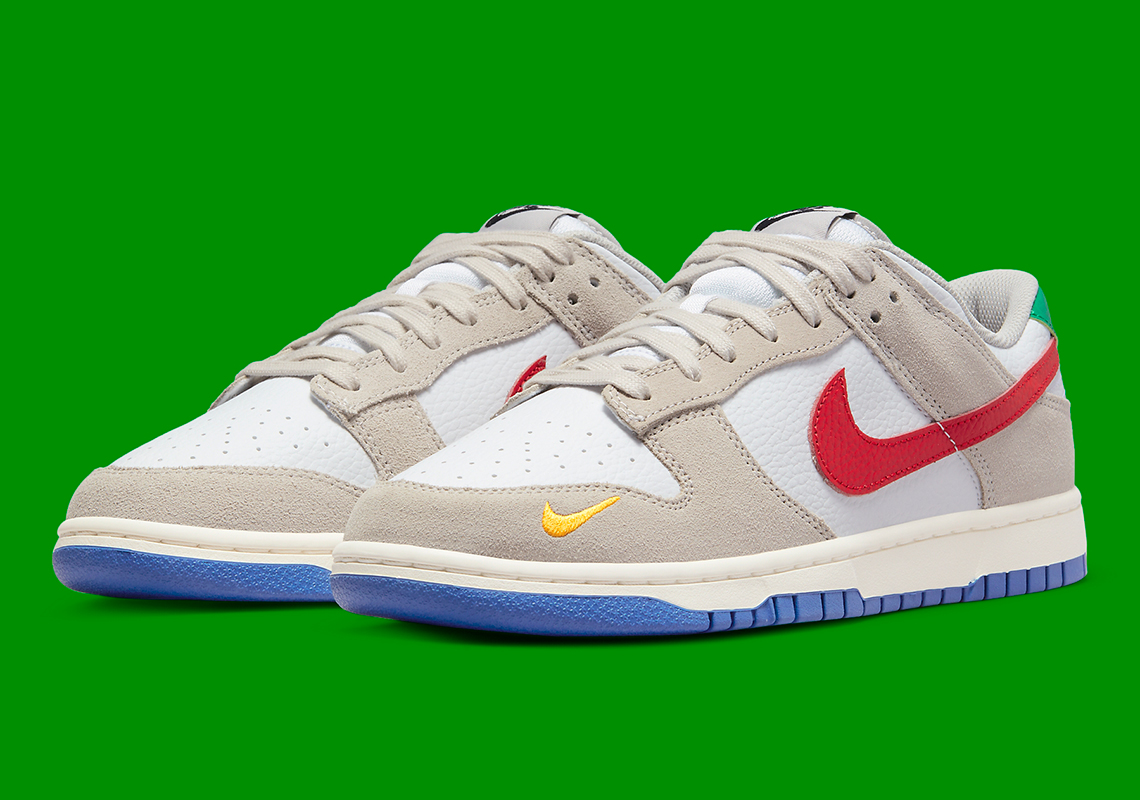 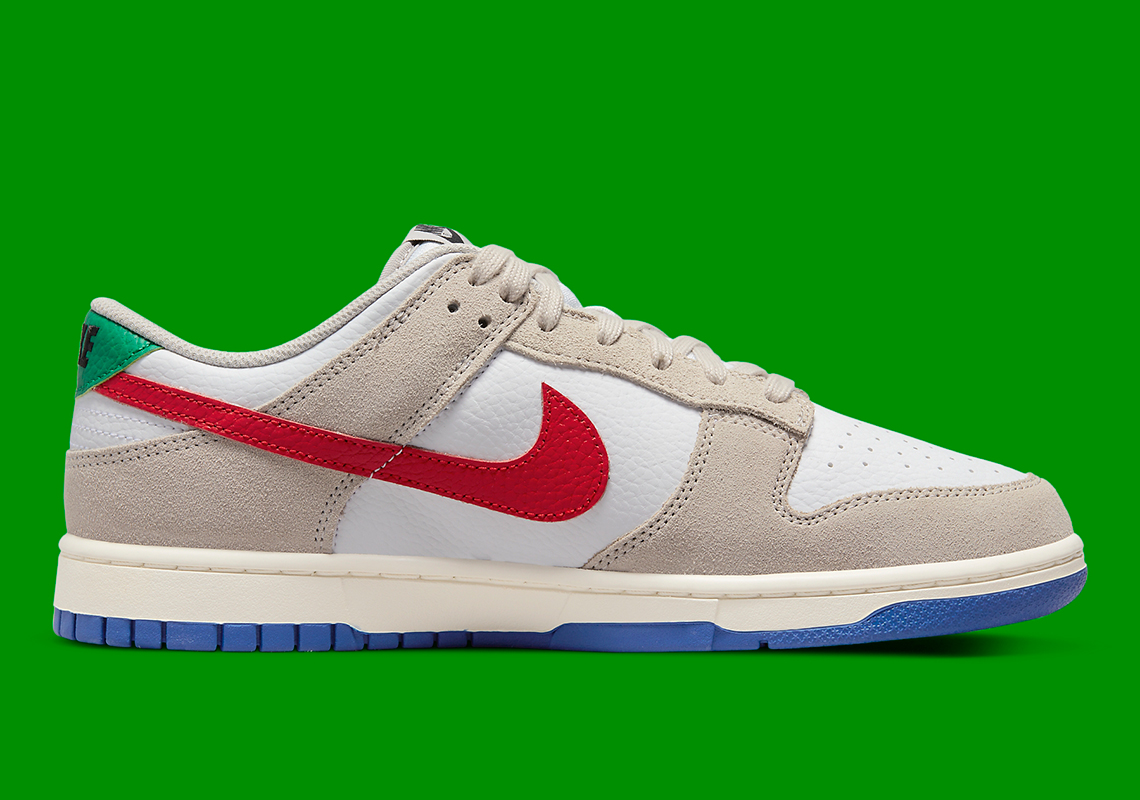 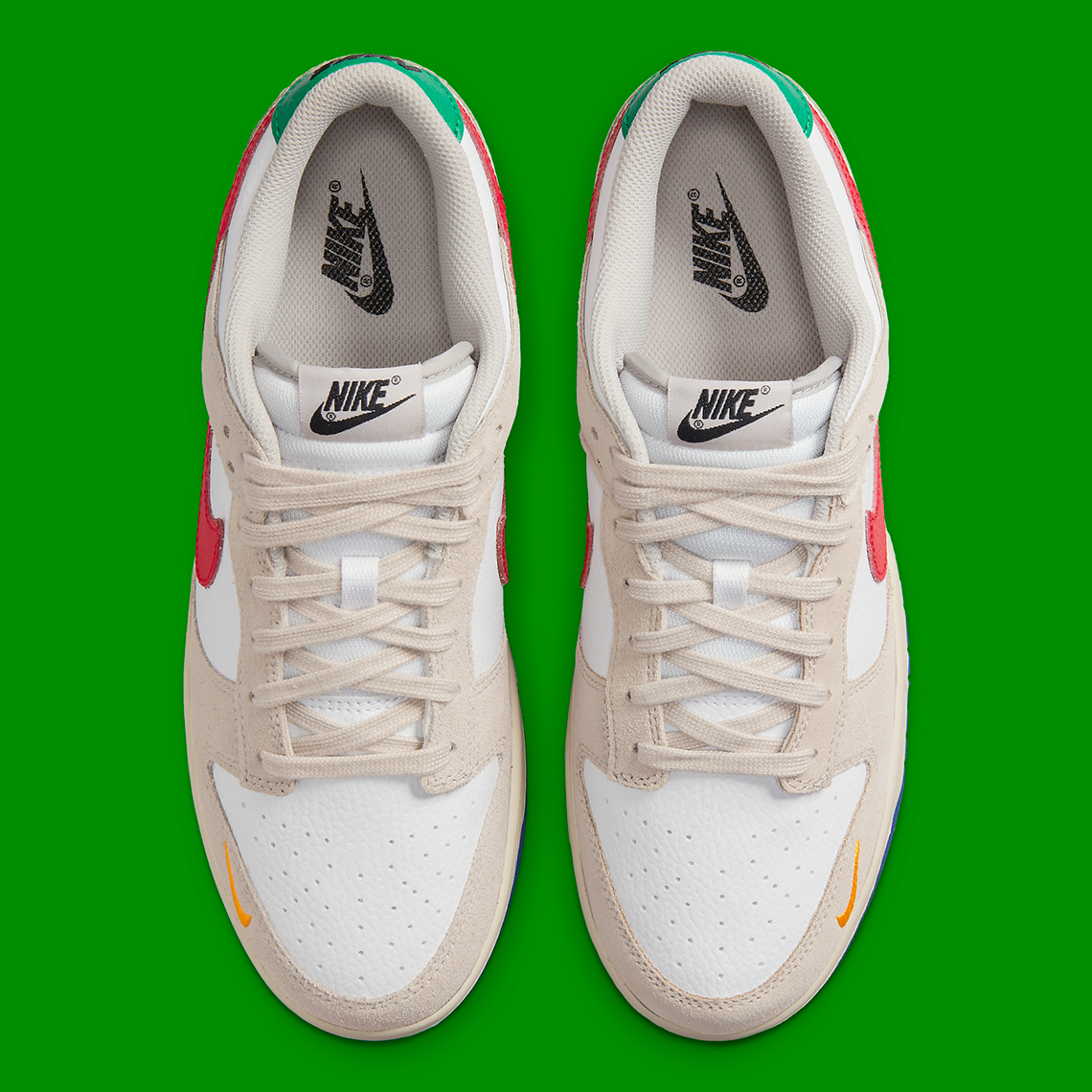 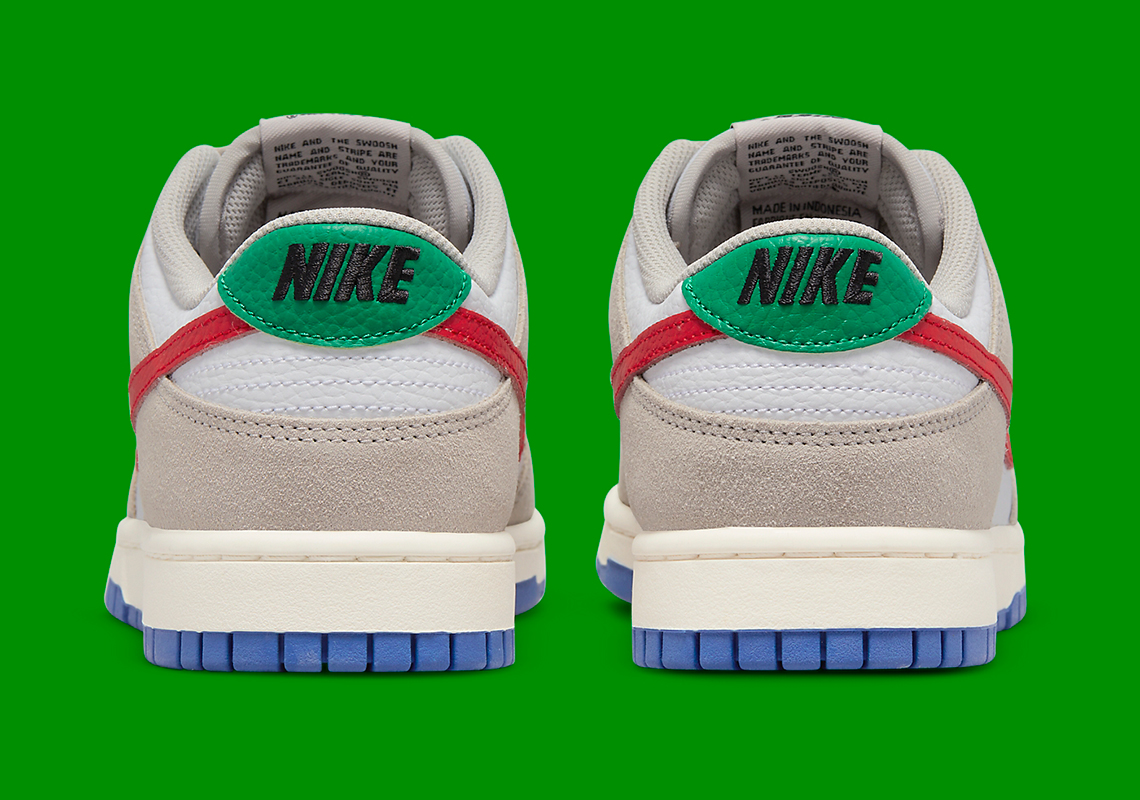 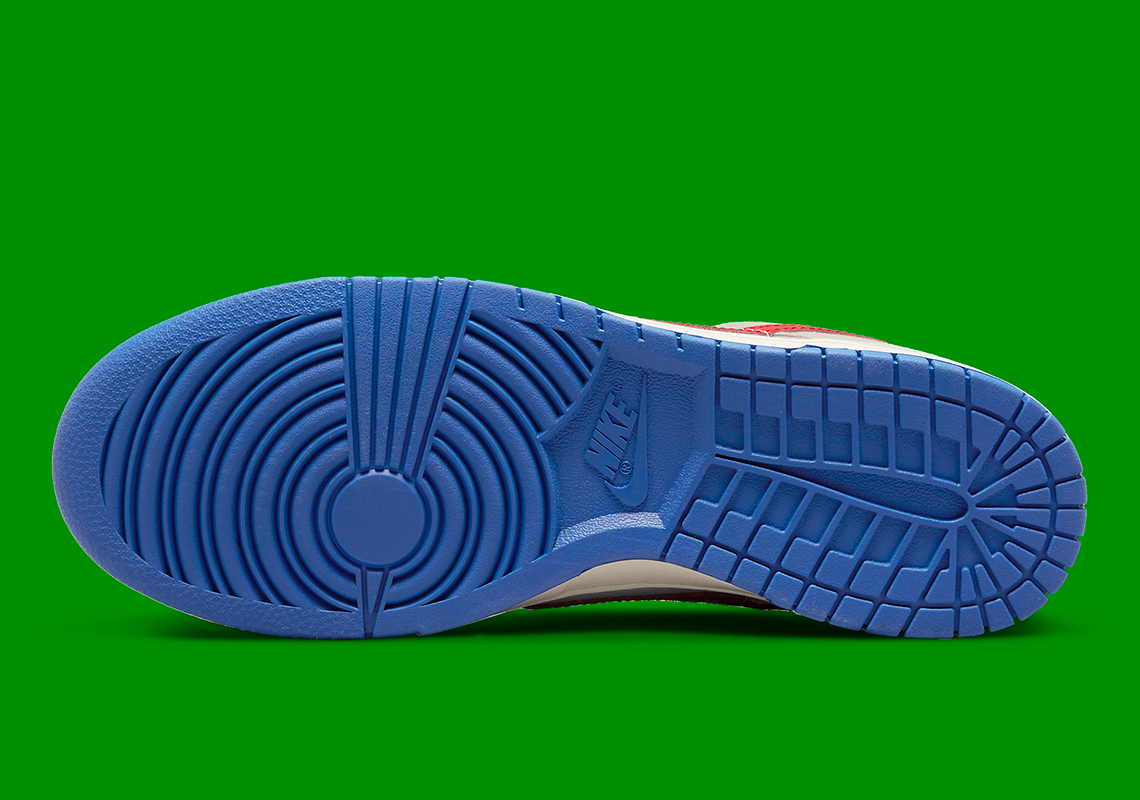 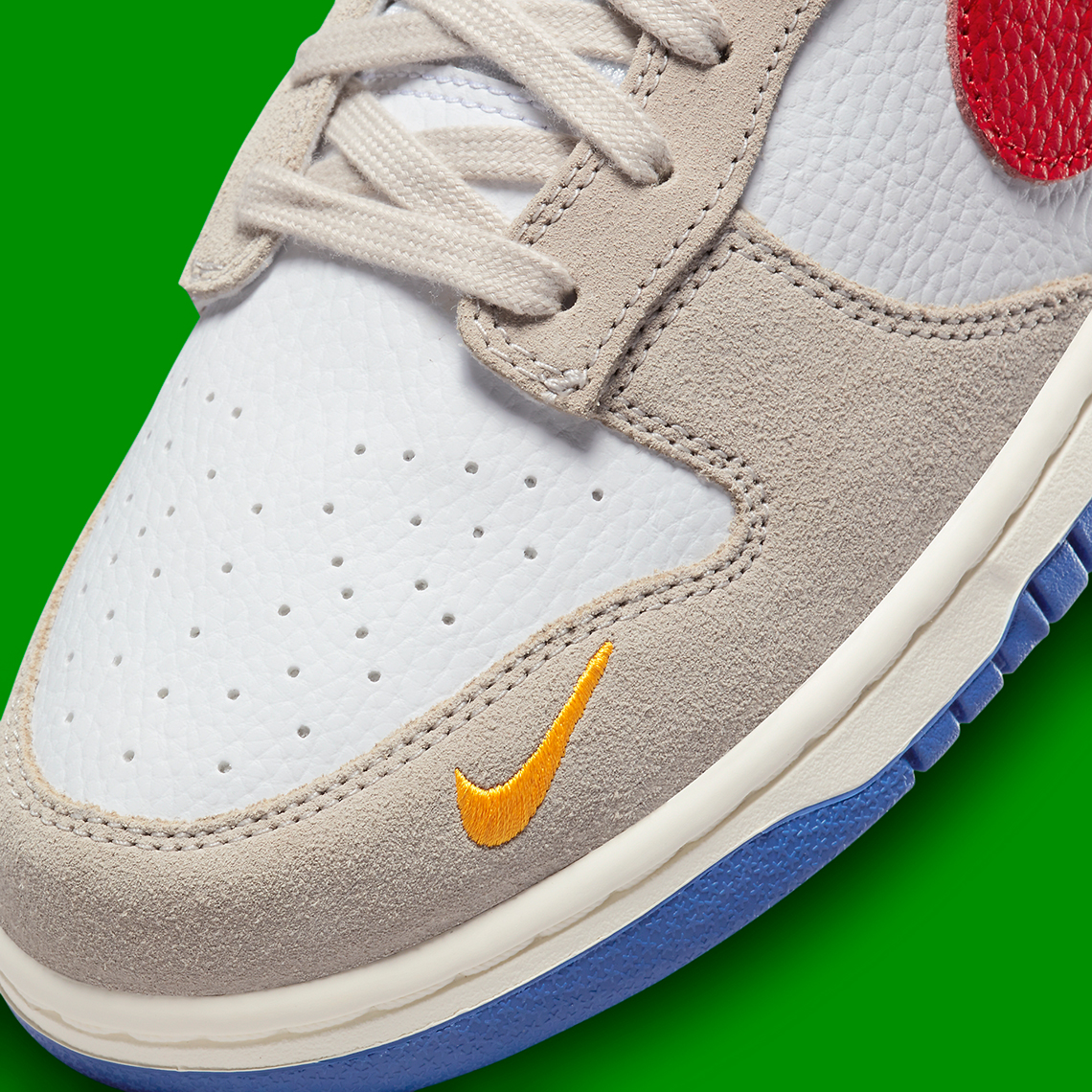 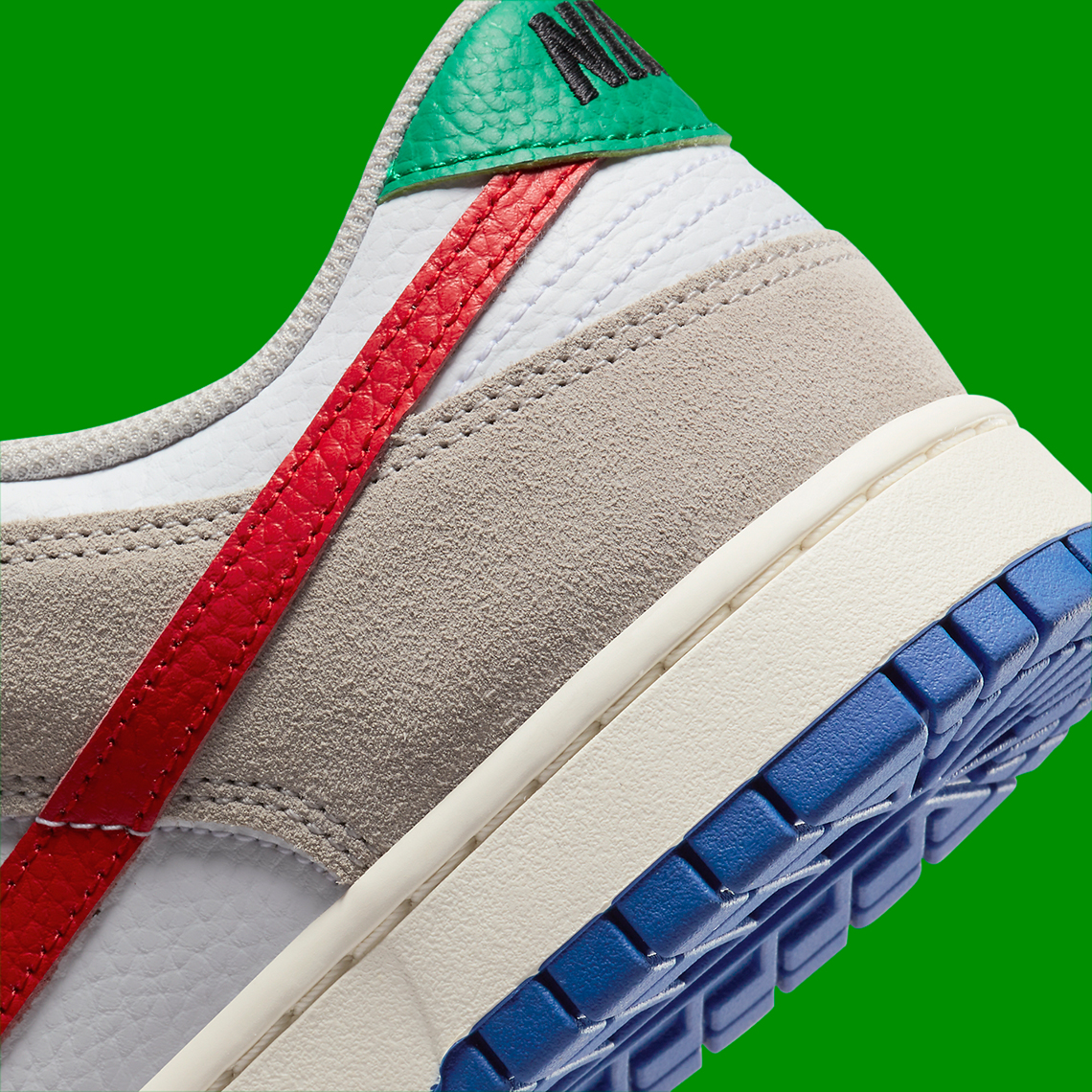