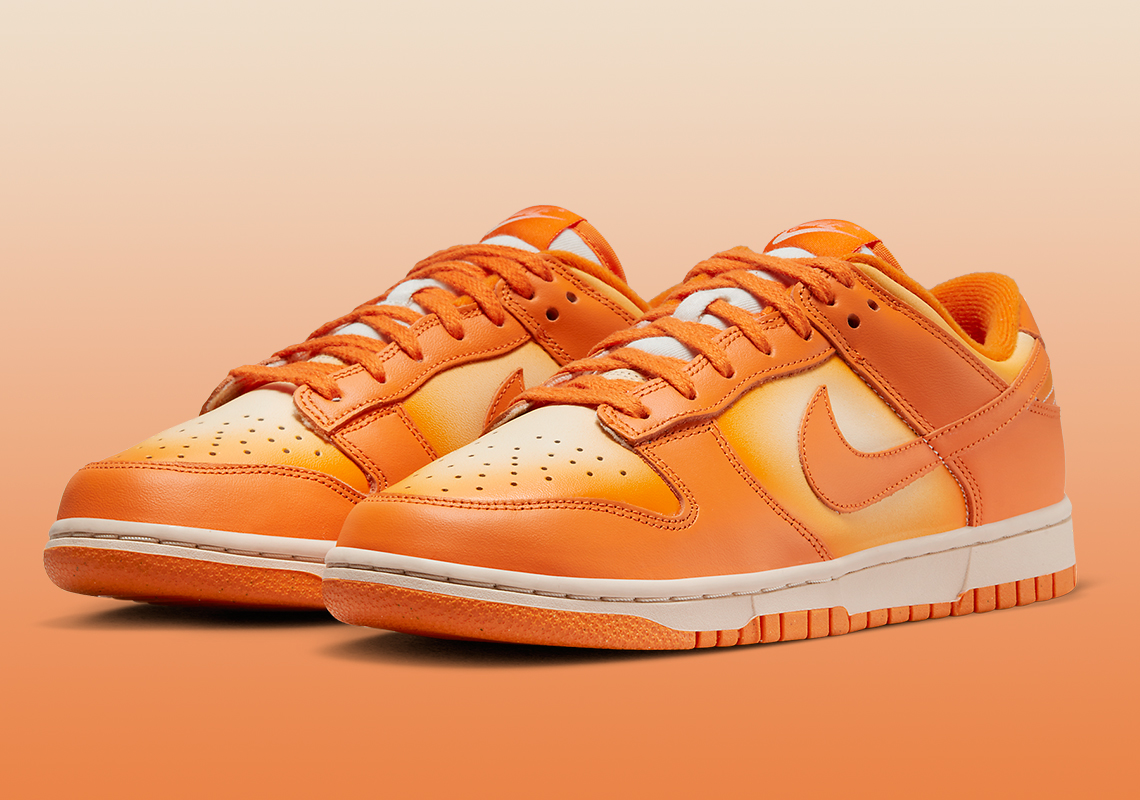 The Nike Dunk Low has emerged in a new Magma Orange and Pearl White colorway featuring a unique spray fade on the underlay. In fact, shades of the legendary collaboration with legendary graffiti artist Eric Haze are quite obvious as the fade effect mimics the stream of paint from a can of spray-paint seen in his Dunk Low and Dunk High from 2003.

In this upcoming Dunk release, Magma Orange covers the entire leather overlay as well as the interior lining and rubber outsole, while the Pearl White underlay fades from orange to white. The same gradient makes an appearance on the brand logo on the tongue, while classic laces finish out the look.

A release date is uncertain, but expect them this Fall season on Nike.com and select retailers. 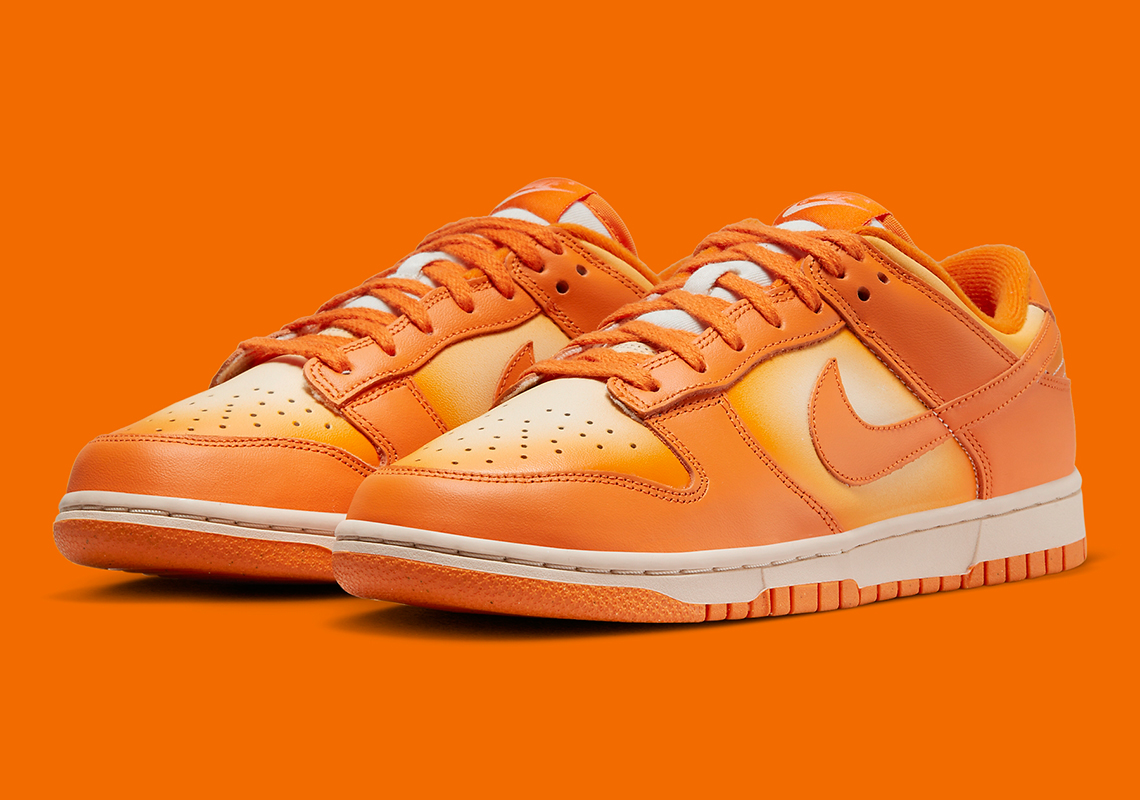 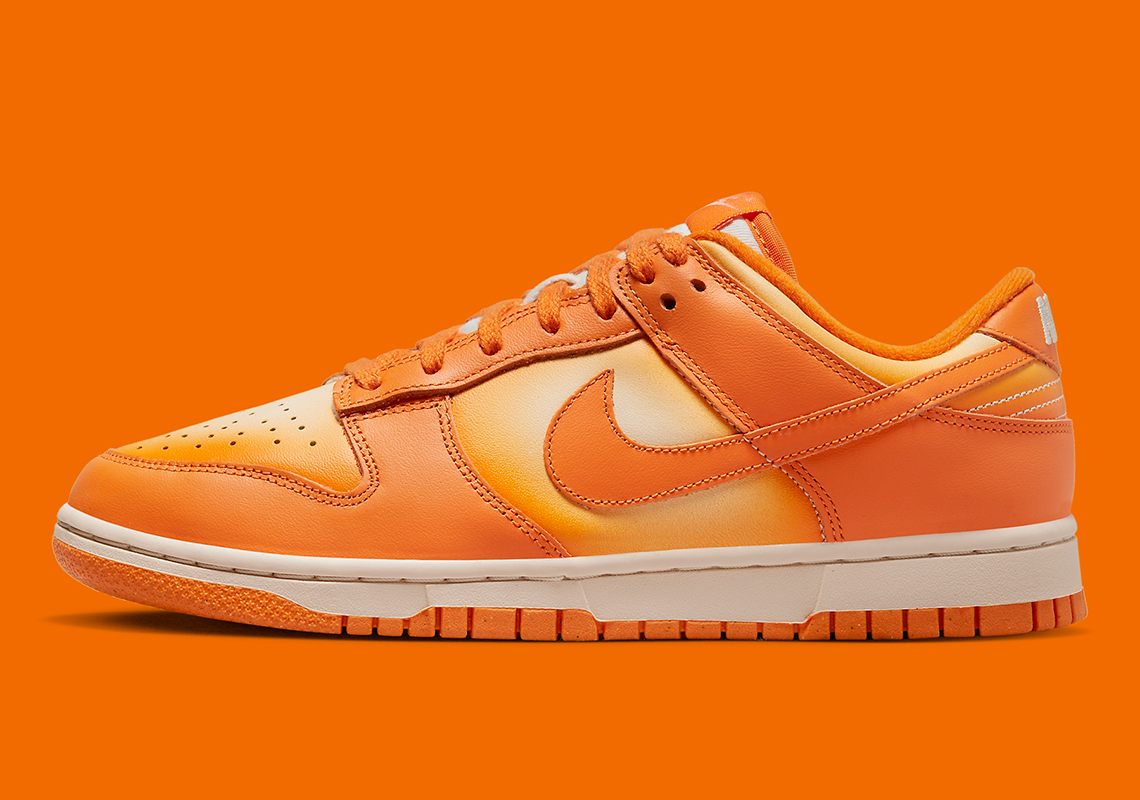 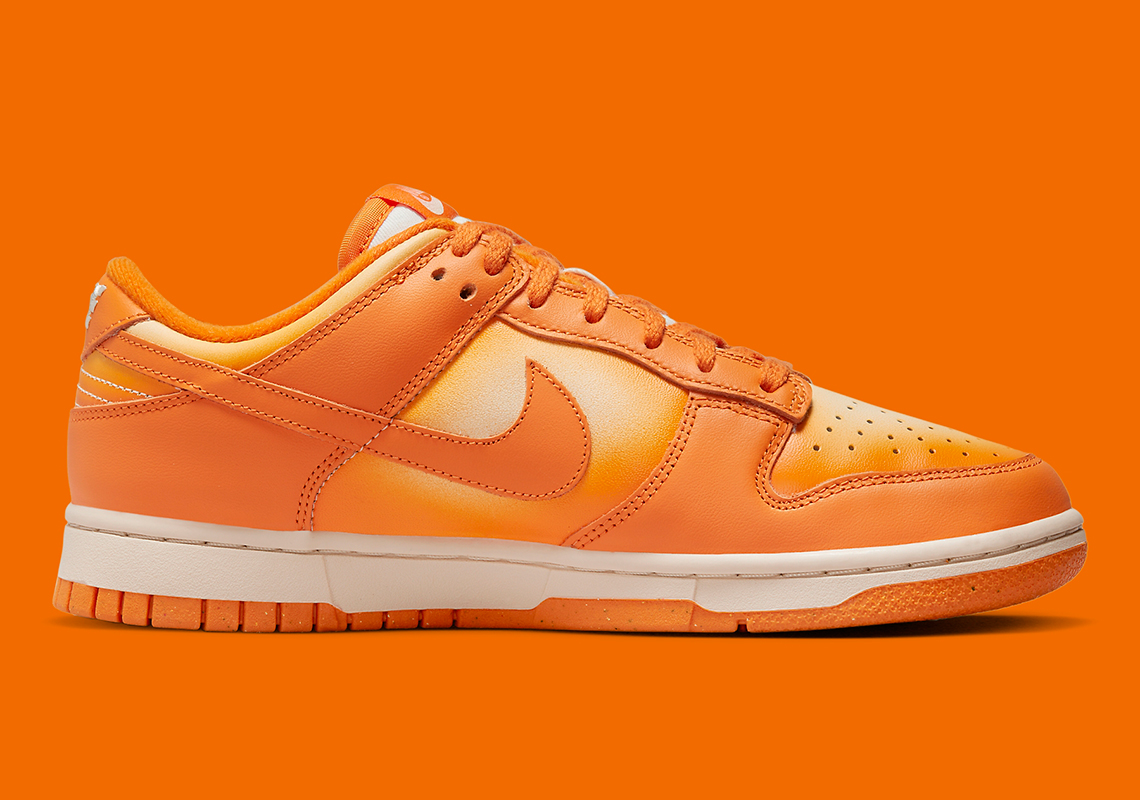 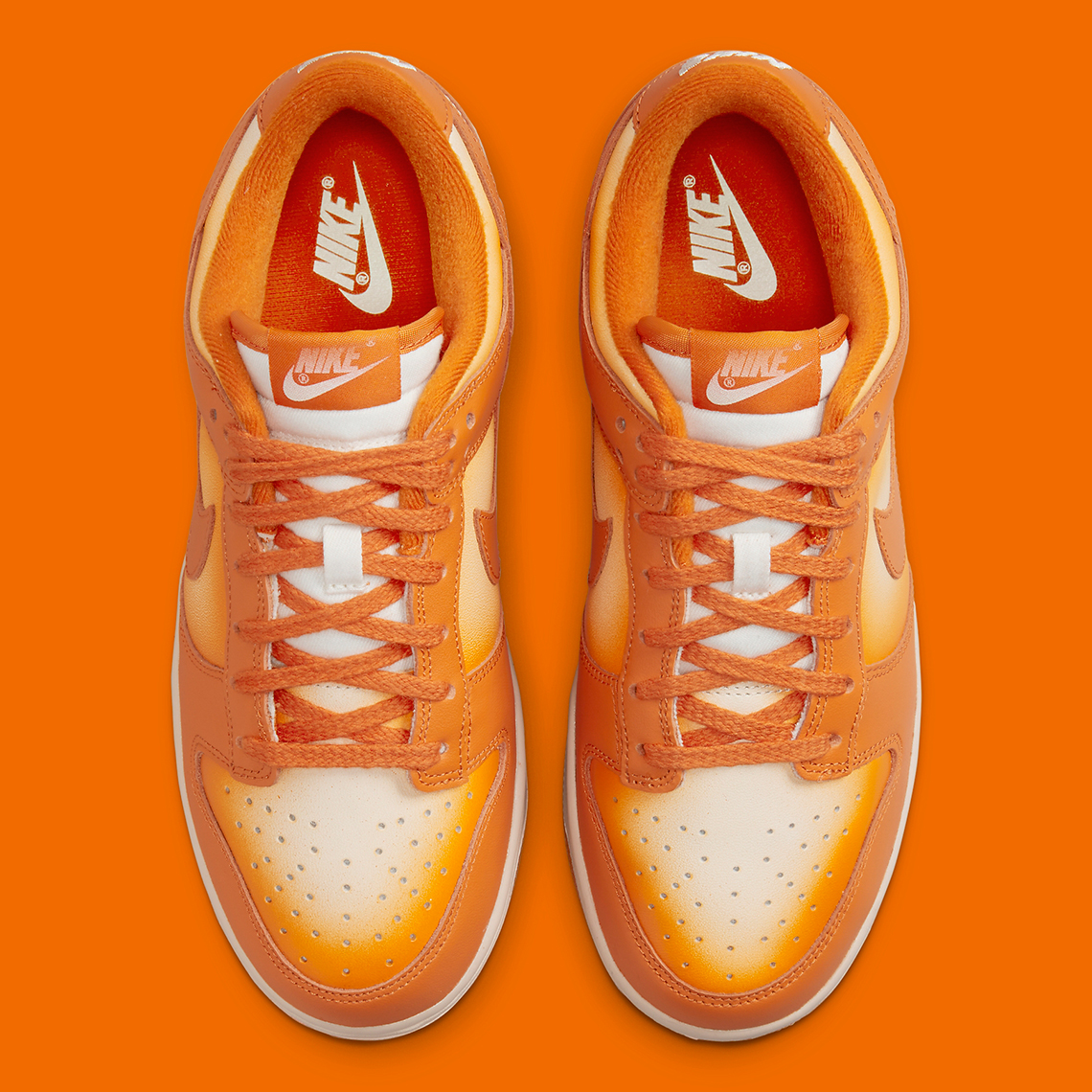 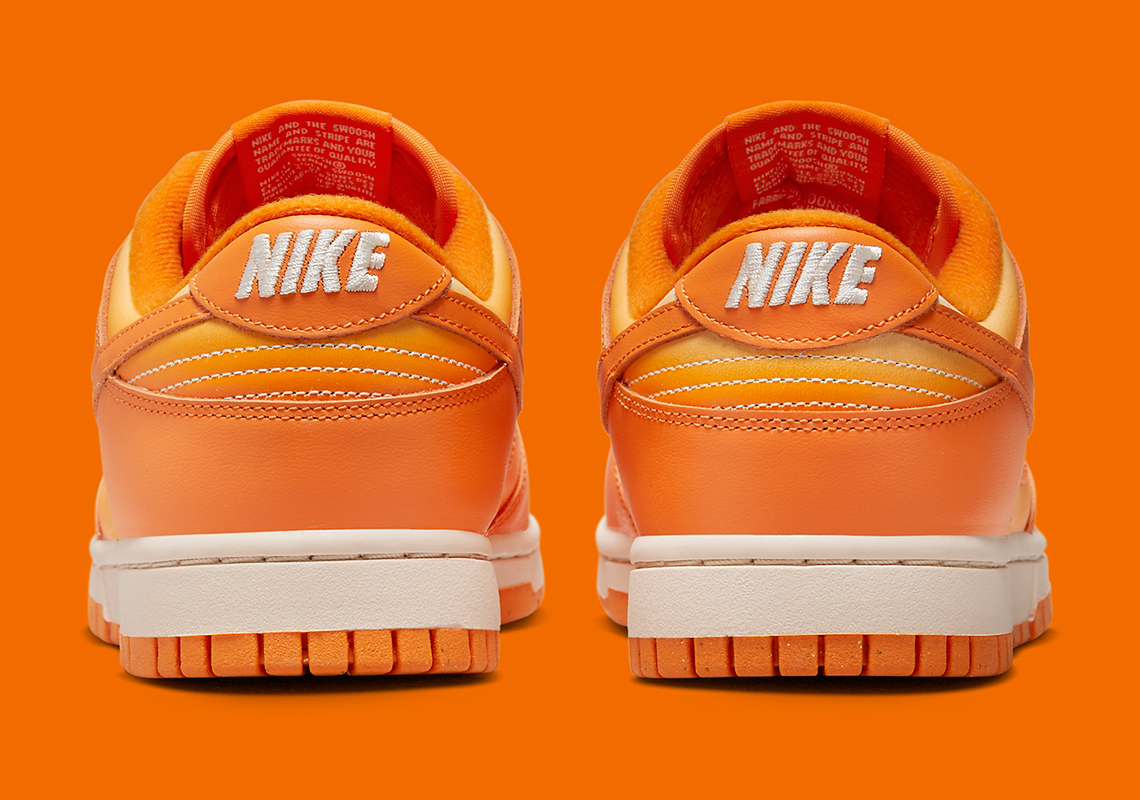 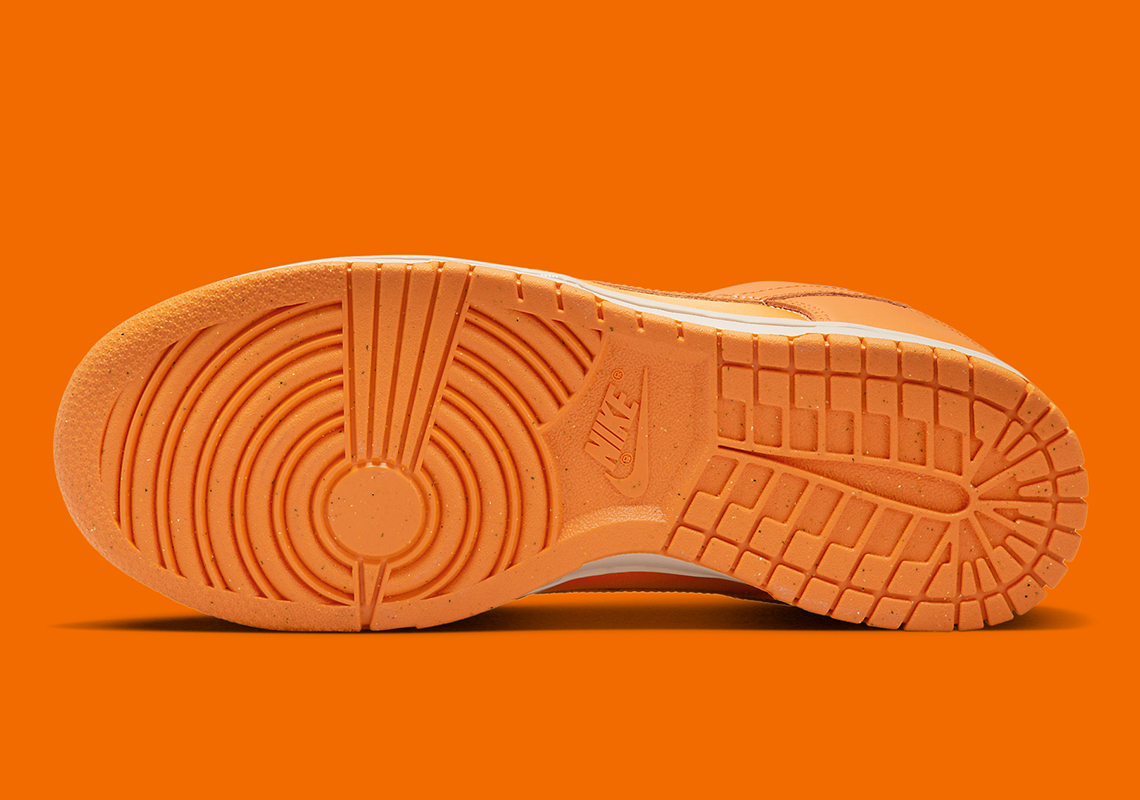 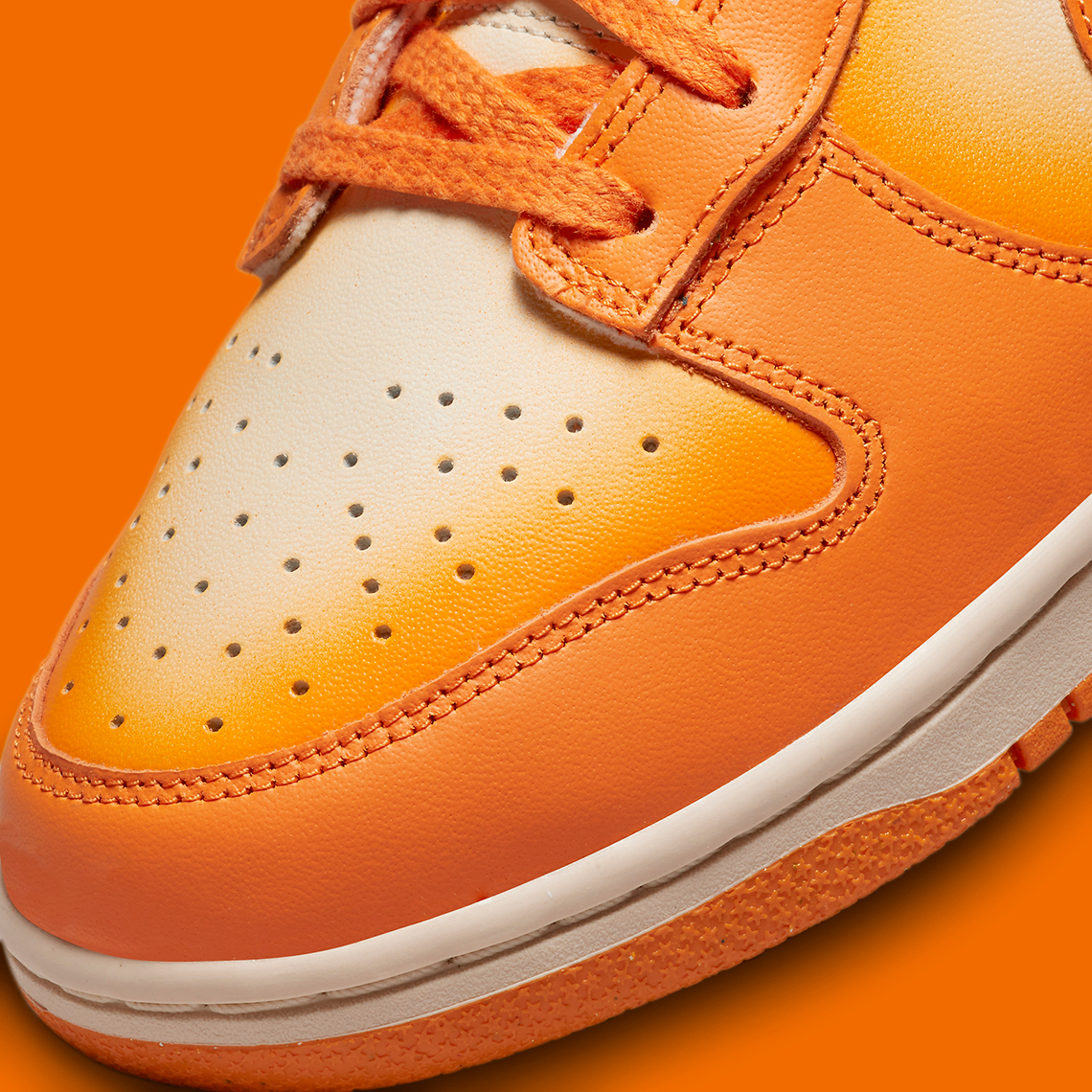 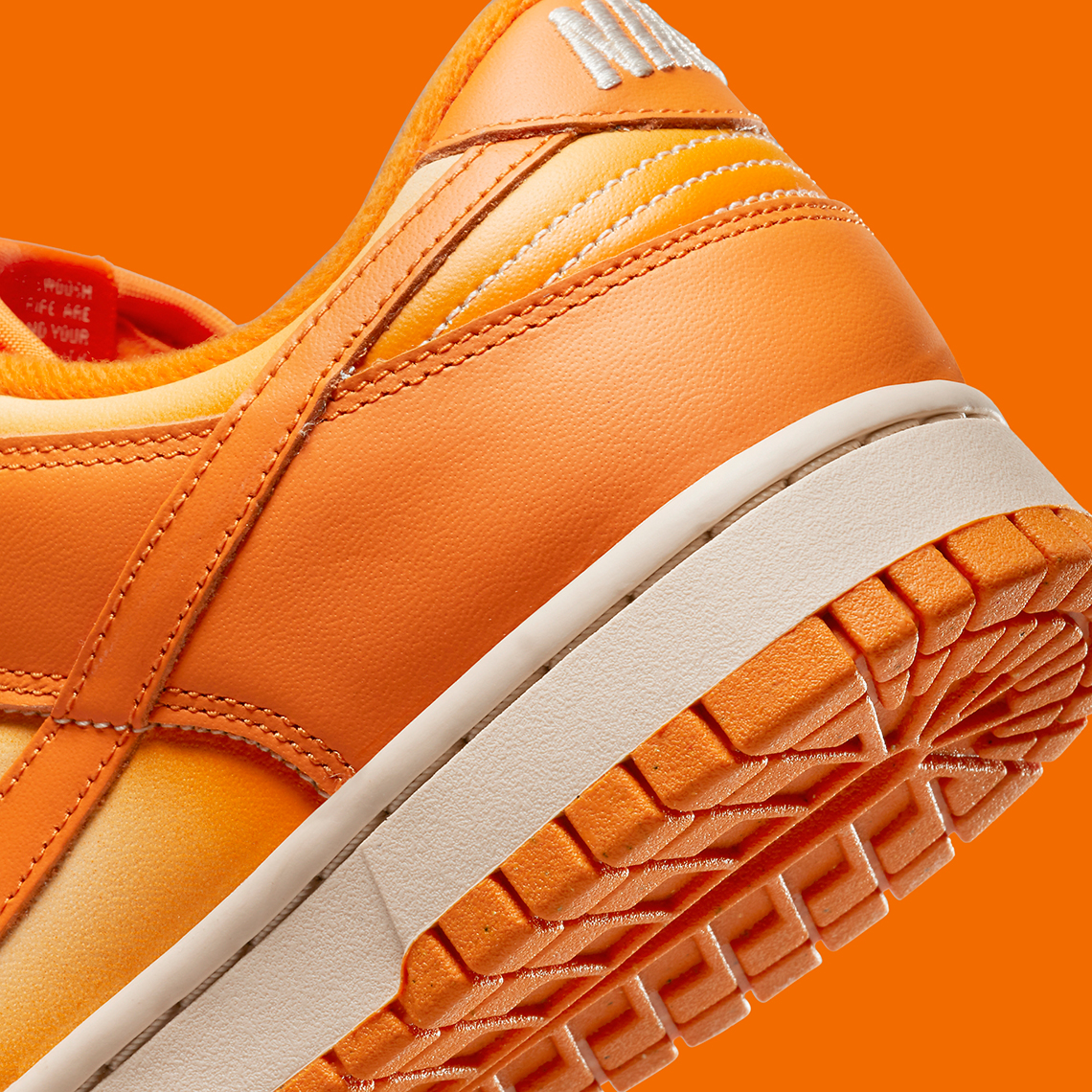