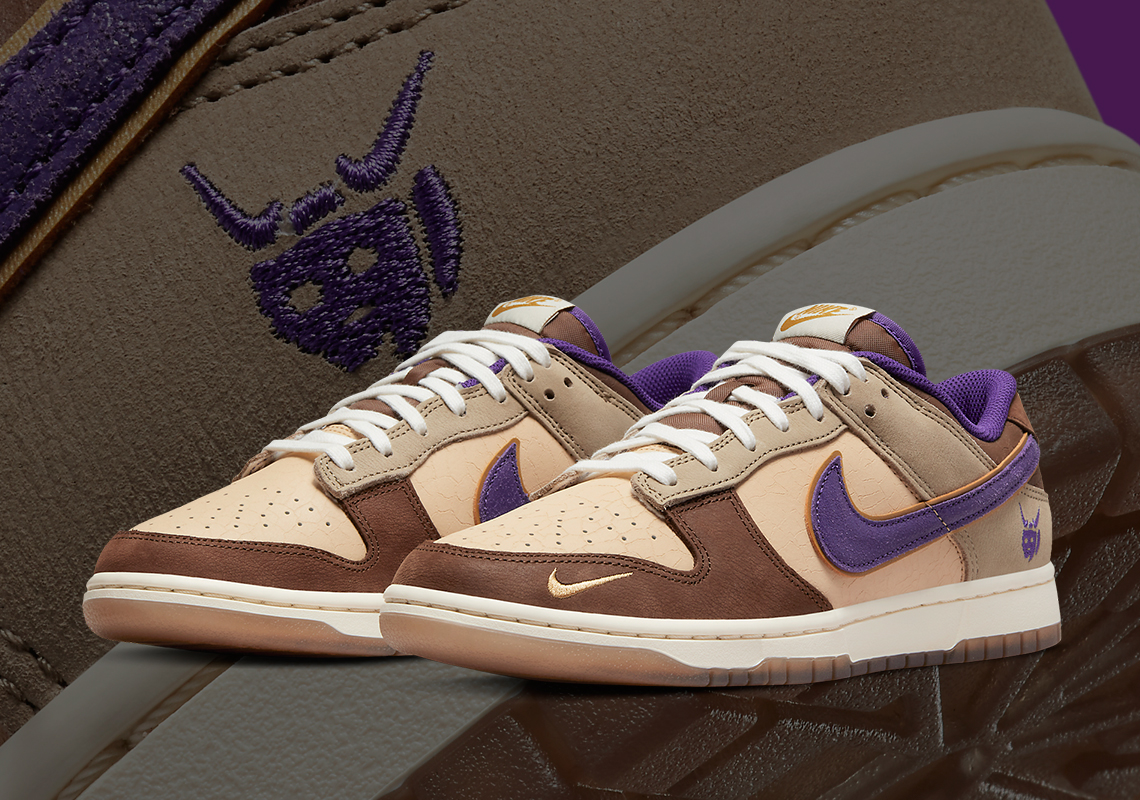 Compared to the first half of last year, Nike has been quite busy since the start of 2022. From Chinese New Year to Air Max Day, the brand can’t keep up with all of the releases they’ve set in motion. One such pair, the Dunk Low “Setsubun,” was unfortunately lost in the mix, as it’s missed the same-named festival by over an entire month. This, however, hasn’t yet derailed the colorway’s debut, as newly surfaced official images hint that one will be coming soon.

Setsubun, which translates to “Seasonal Division,” is a festival held at the beginning of February. As designated by the Japanese Lunar Calendar, the celebration occurs one day prior to the start of Spring. And while not a national holiday, many still partake in rituals that ward off evil spirits.

Often dubbed the “Bean-Throwing Festival,” Setsubun is best commemorated in the shoe’s added imagery. Across the back heel, for example, Tsuno Daishi, the Great Horned Master, is embroidered in purple thread, with Swooshes replacing his horns. The figure’s appearance, while seemingly ominous, actually protects from evil and illness. Elsewhere, the graphic along the insole borrows from Edo period artist Utagawa Kuniyoshi’s work, its vibrant colors displaying the folk hero Kintarō in action.

As for the construction, the upper blends suede with cracked and textured leathers, dressing many up in a shade reminiscent of roasted soybeans. The Swoosh as well as the lining are tinted a vibrant purple, matching the above-mentioned appearance of Tsuno Daishi.

Enjoy an official look at the Dunk Low “Setsubun” below. Currently a release date is TBD, so sit tight as we await further updates. 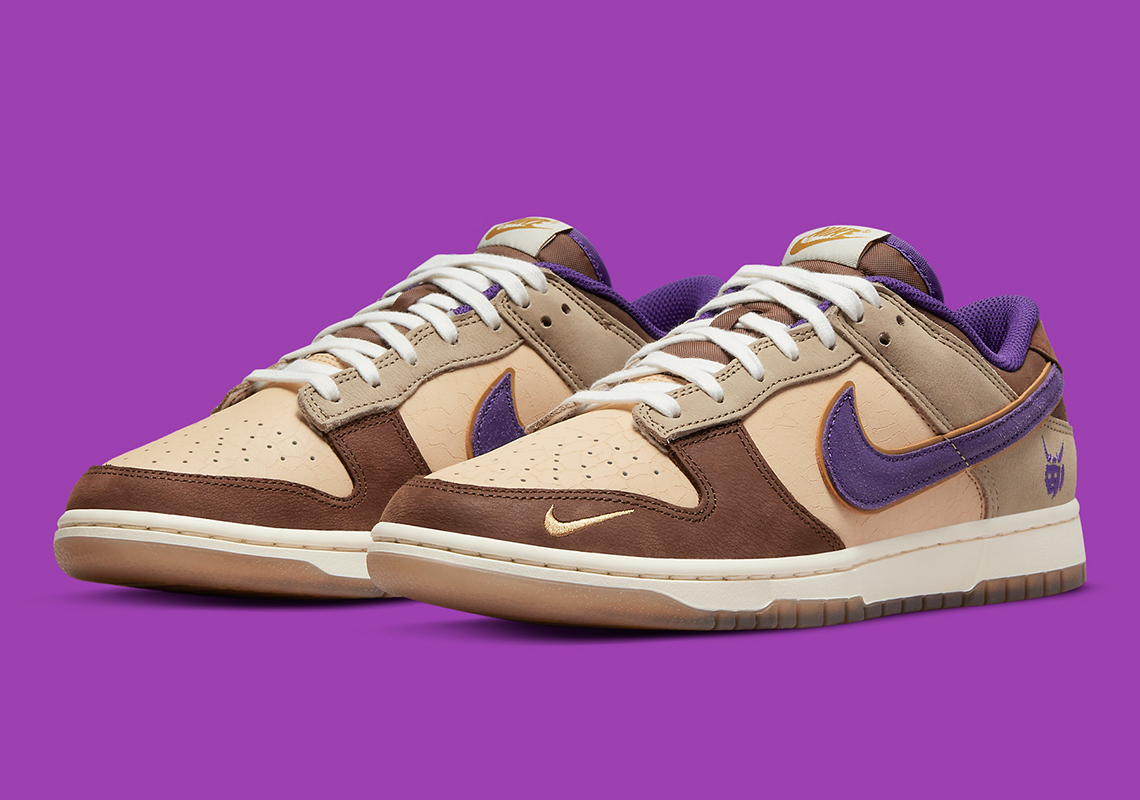 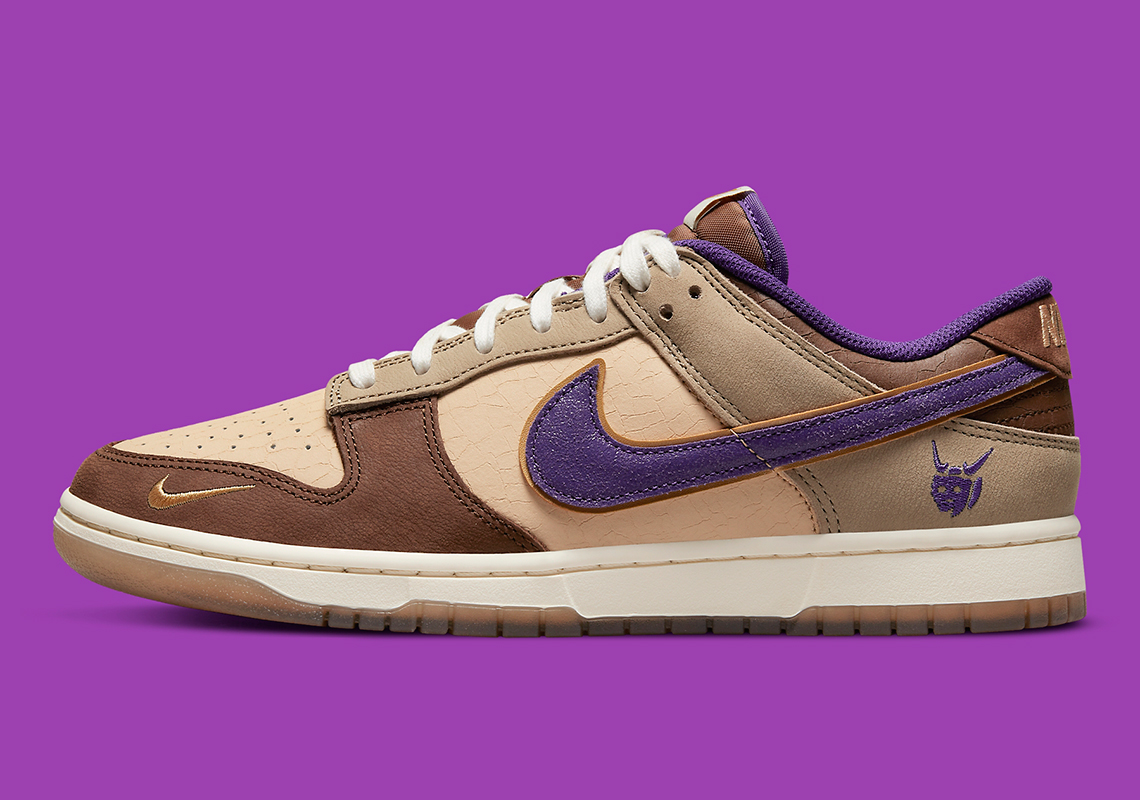 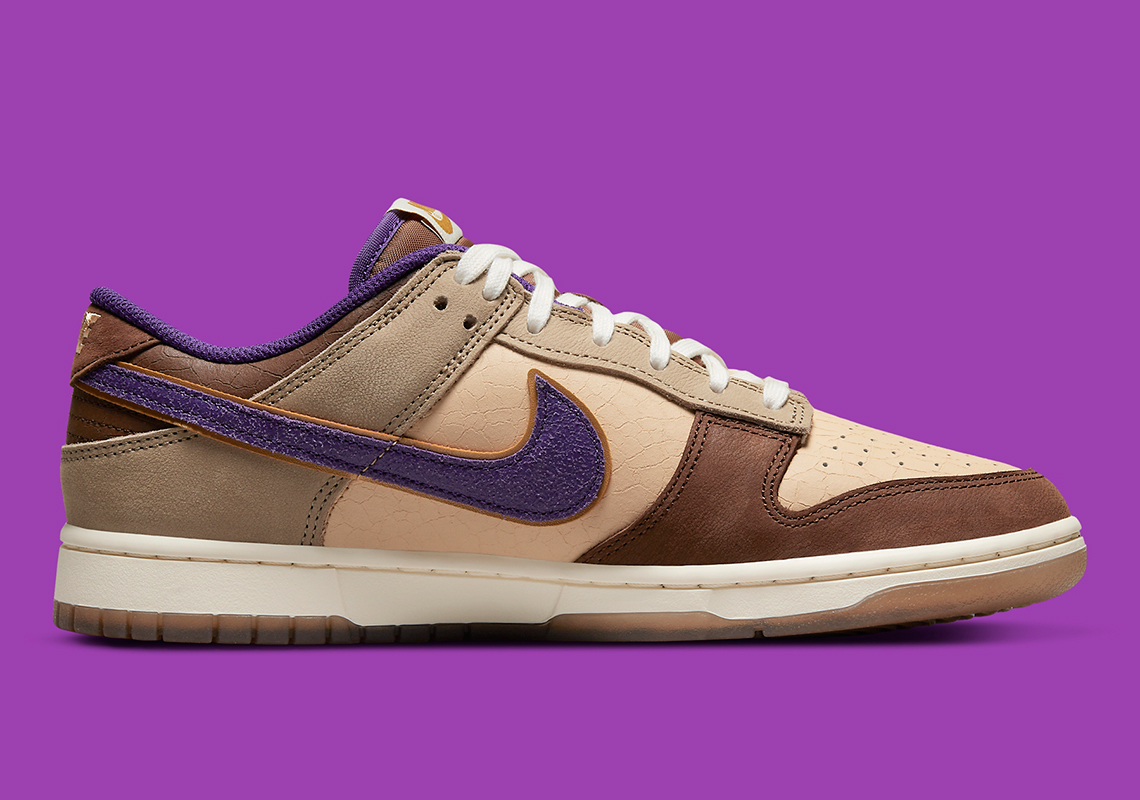 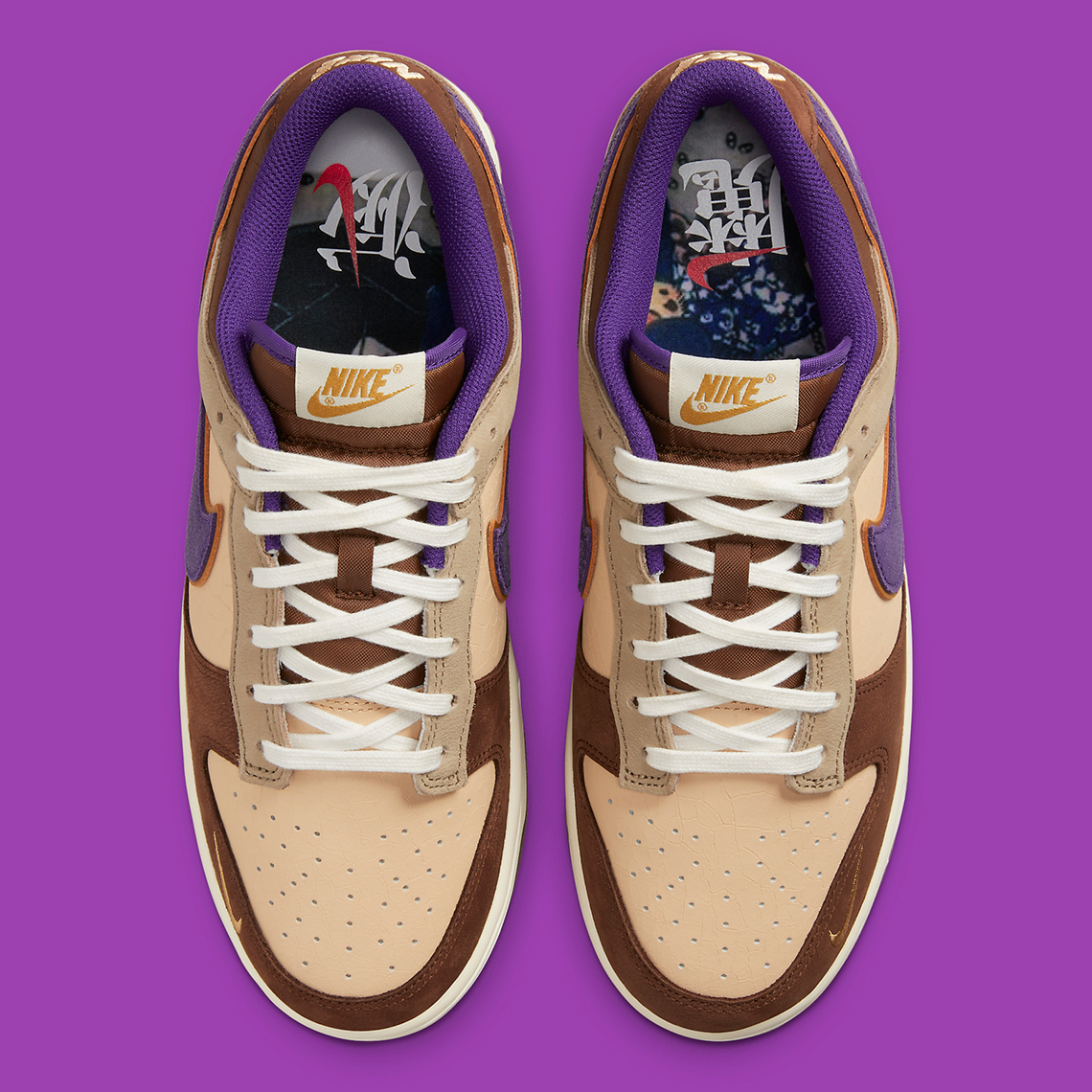 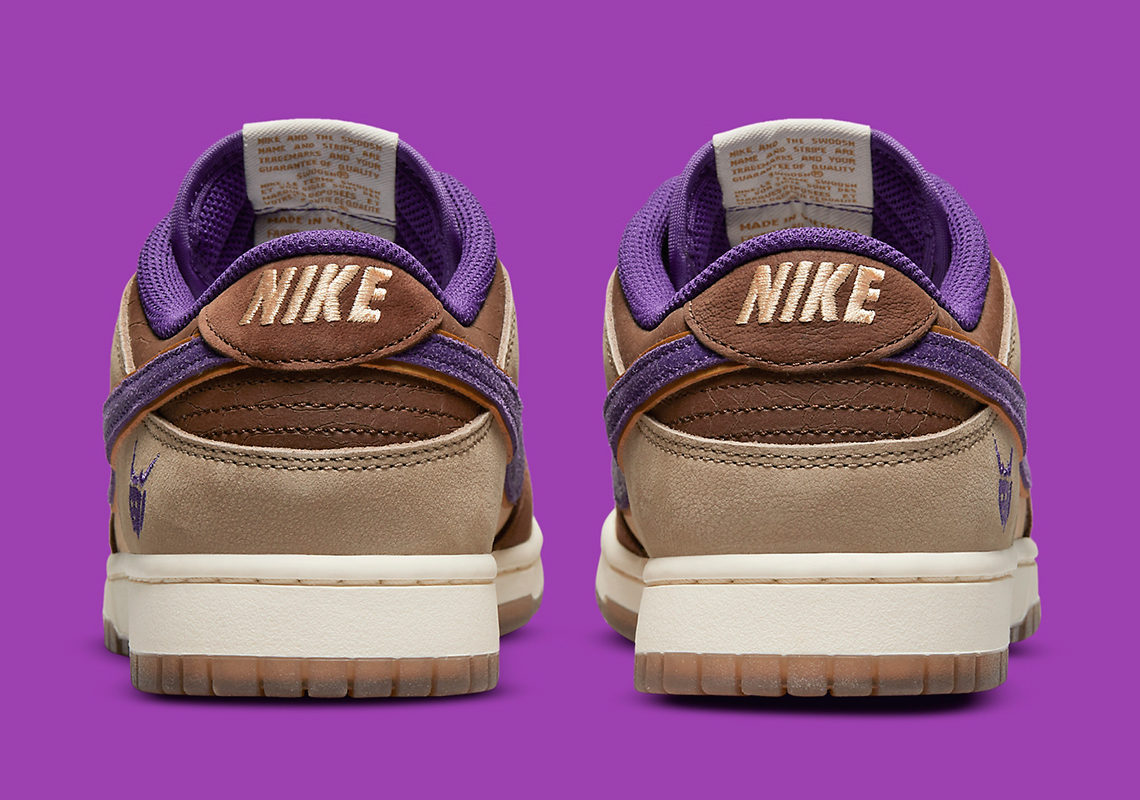 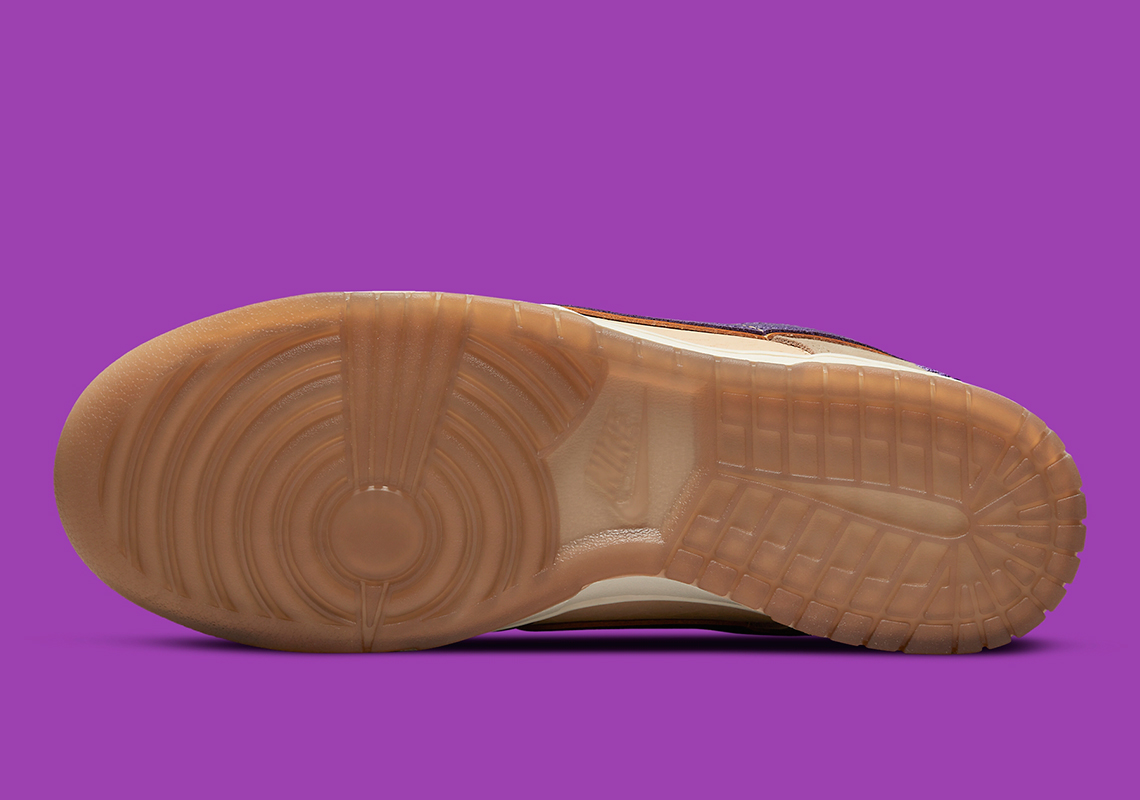 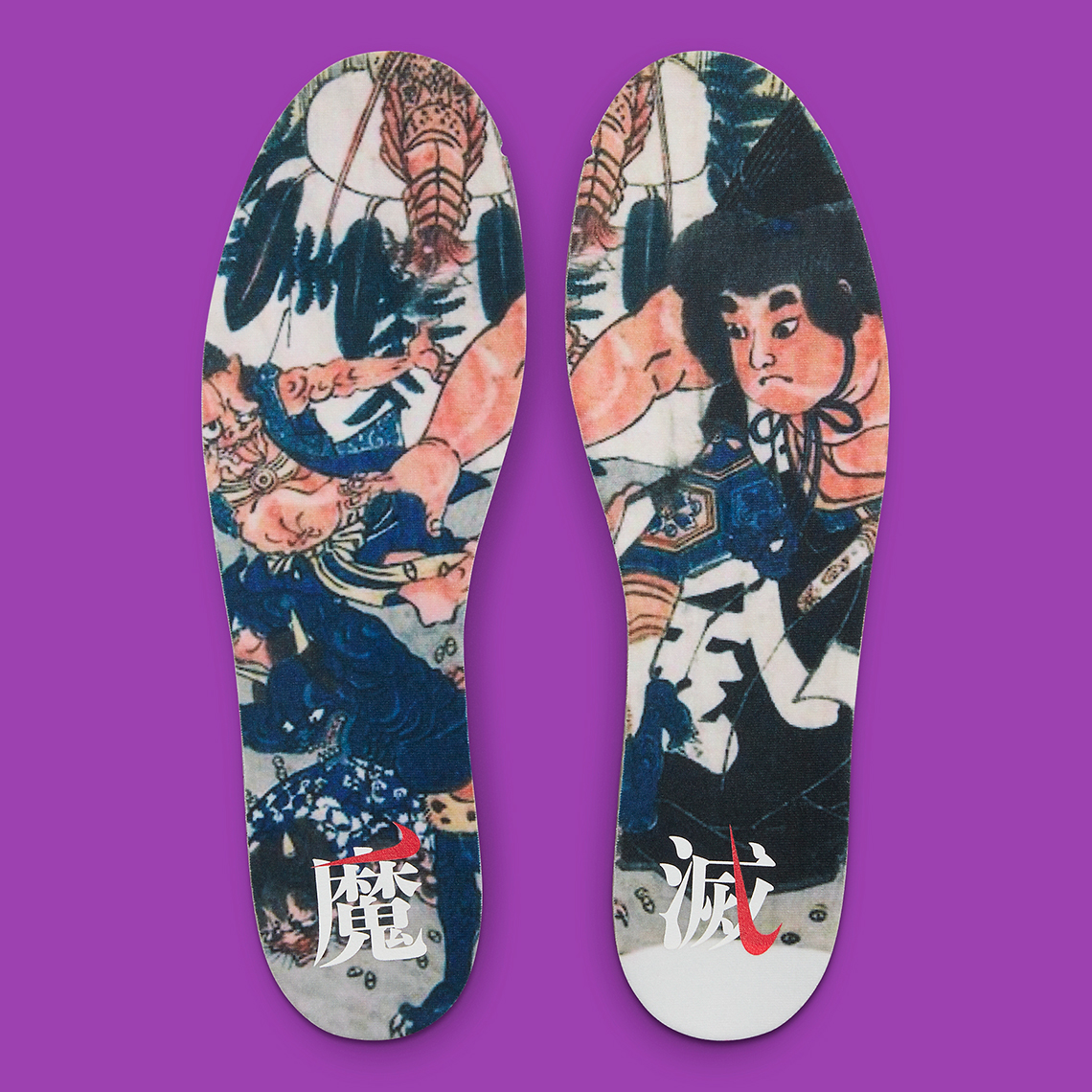 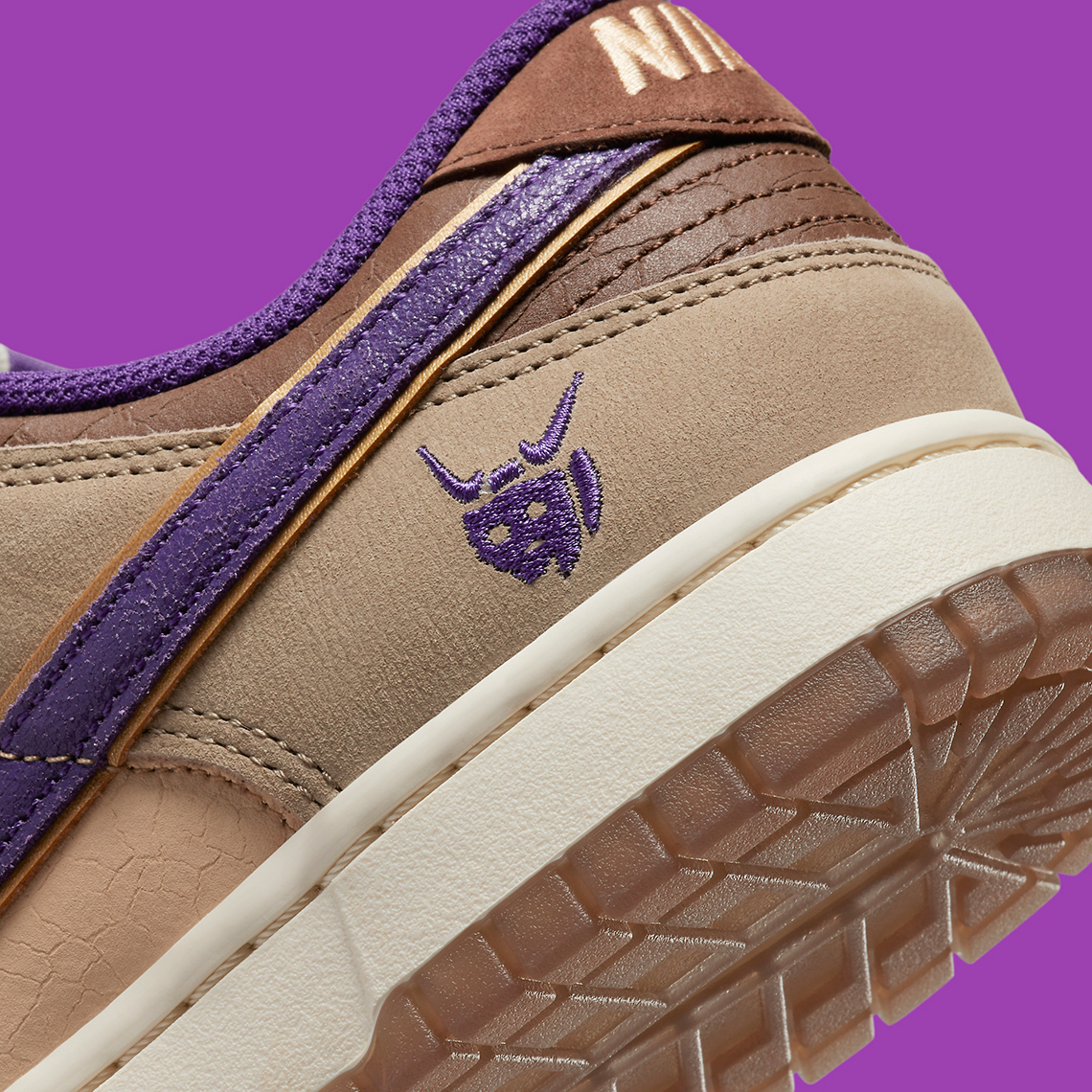 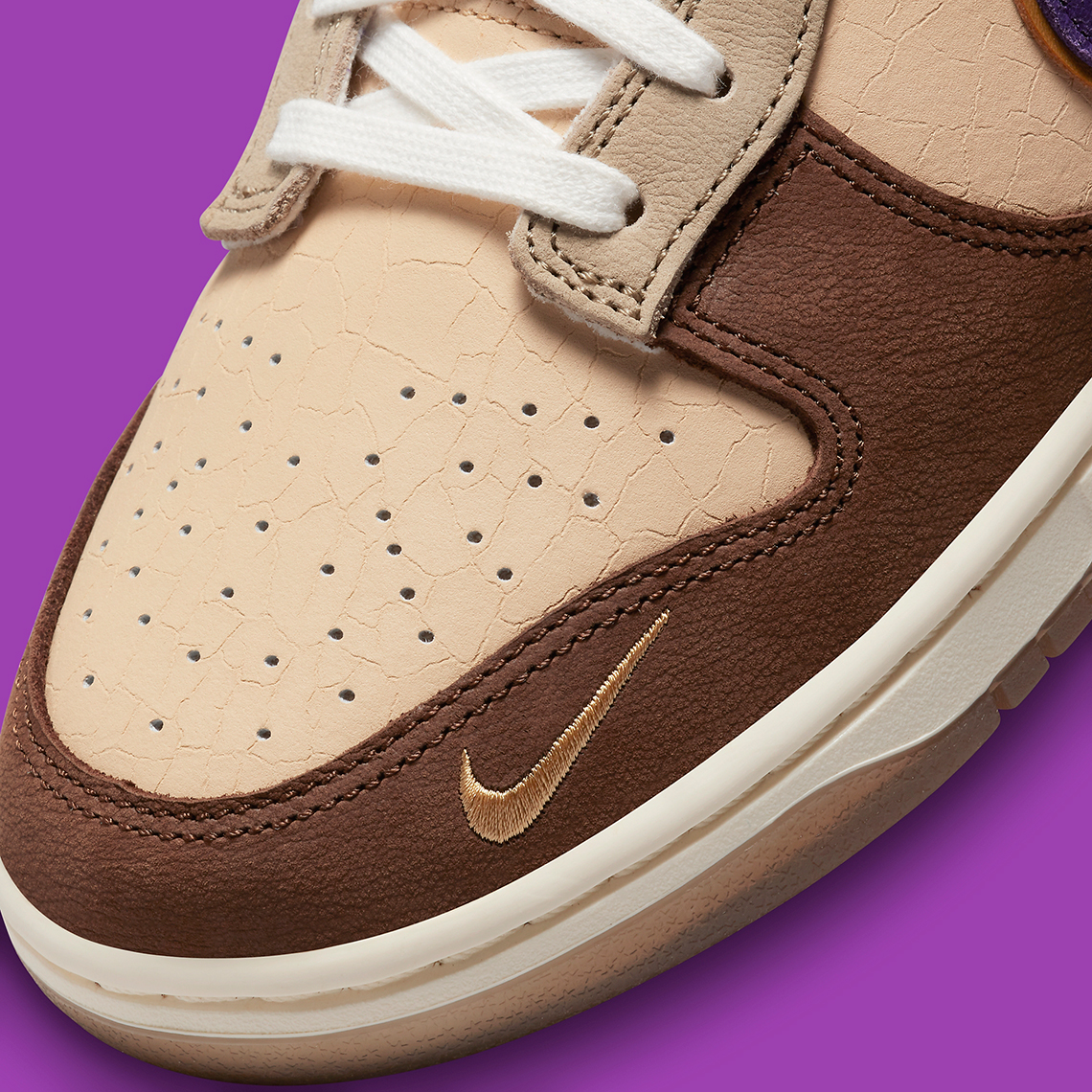