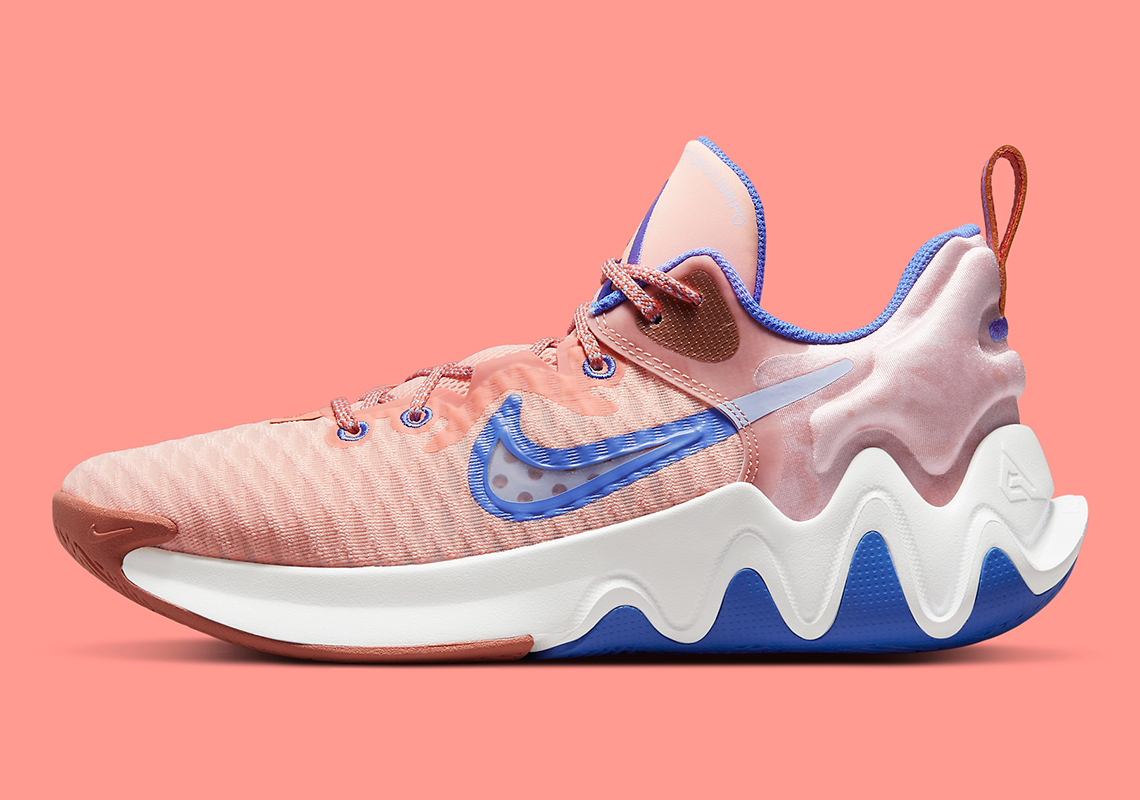 With the series tied between the Milwaukee Bucks and Boston Celtics in the 2022 NBA Playoffs Semifinals, Giannis Antetokounmpo and his Swoosh family are outfitting his signature sneakers in champion-worthy styles. The latest?: An “Arctic Orange”-clad Nike Giannis Immortality.

While not the model the reigning NBA champ has been wearing in the postseason, the Giannis Immortality delivers similar performance benefits to the forward’s mainline Zoom Freak 3. Mesh, suede and fuse material across the upper indulge in an eye-catching pinkish tone that works in-tandem with “Light Marine” blue accents to create a spring and summer-friendly makeover. Midsoles underfoot, which have been tried-and-proven by “the Greek Freak,” deviate from the upper’s statement-making ensemble in favor of a mostly-muted off-white look. Herringbone-patterned tread reverts to featuring several of the top-half’s tones, further positioning the sneaker as a compelling, refreshing basketball shoe that doesn’t break the budget.

No firm stateside Nike.com launch details have been disclosed by the brand, but the shoes are popping up at webstores outside the U.S.A. already. In any case, enjoy official images of the pair ahead.

For more from under the “NIKE, Inc.” banner, check out all upcoming Air Jordan 1 releases. 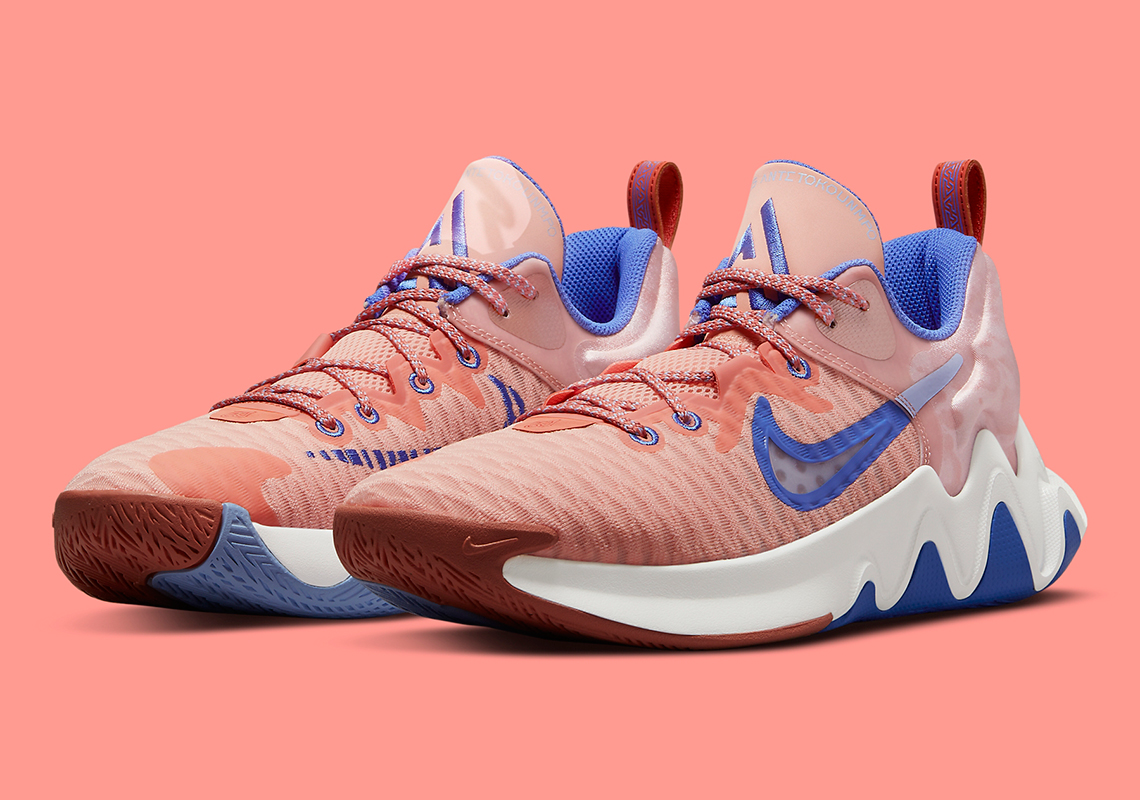 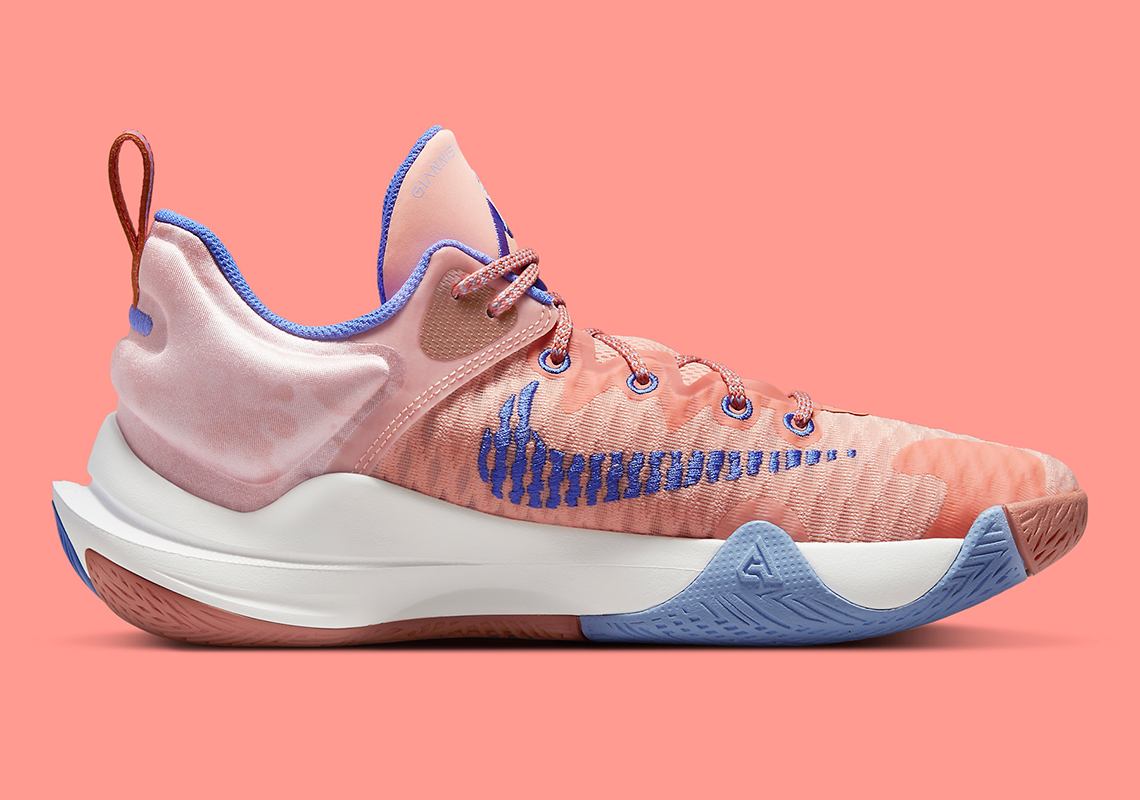 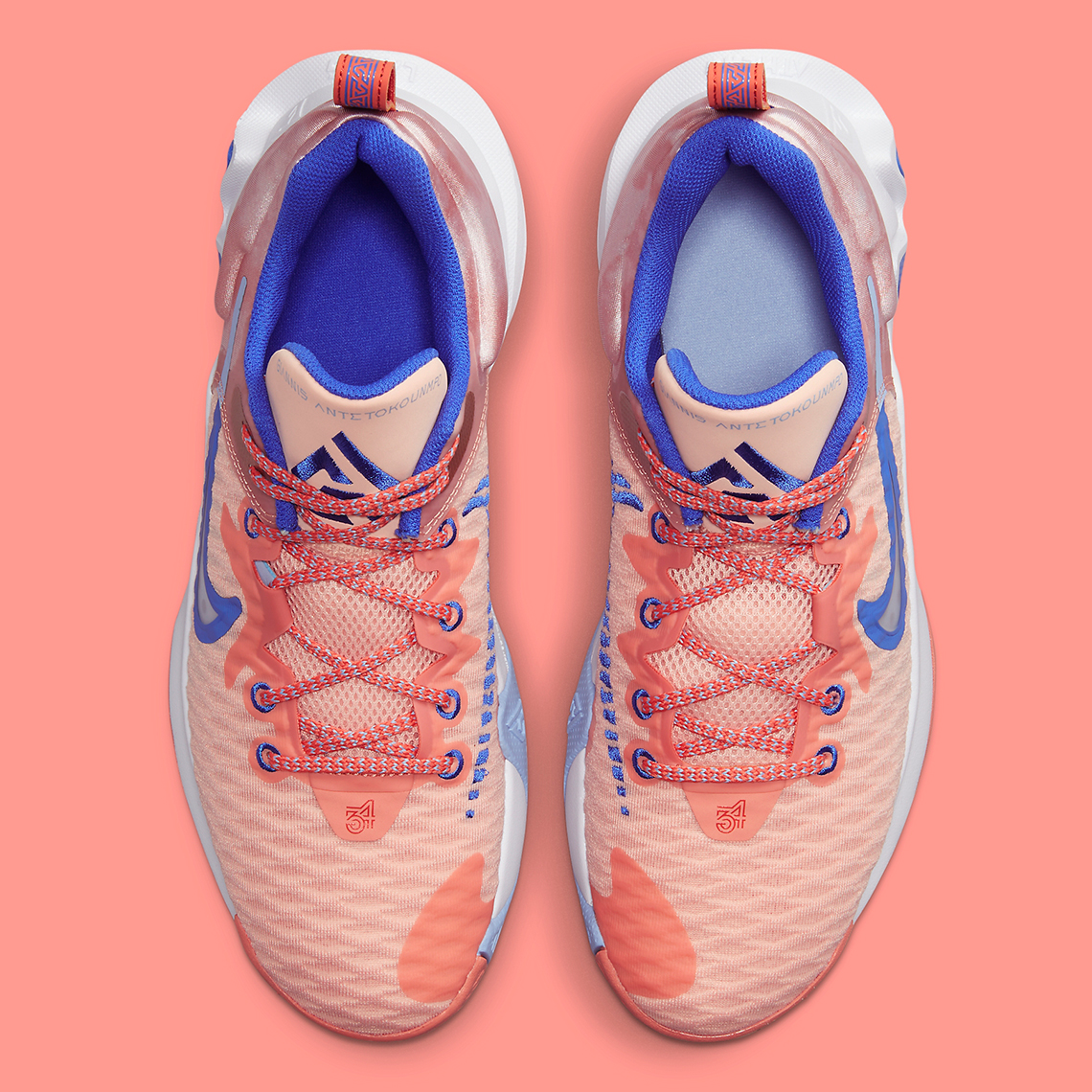 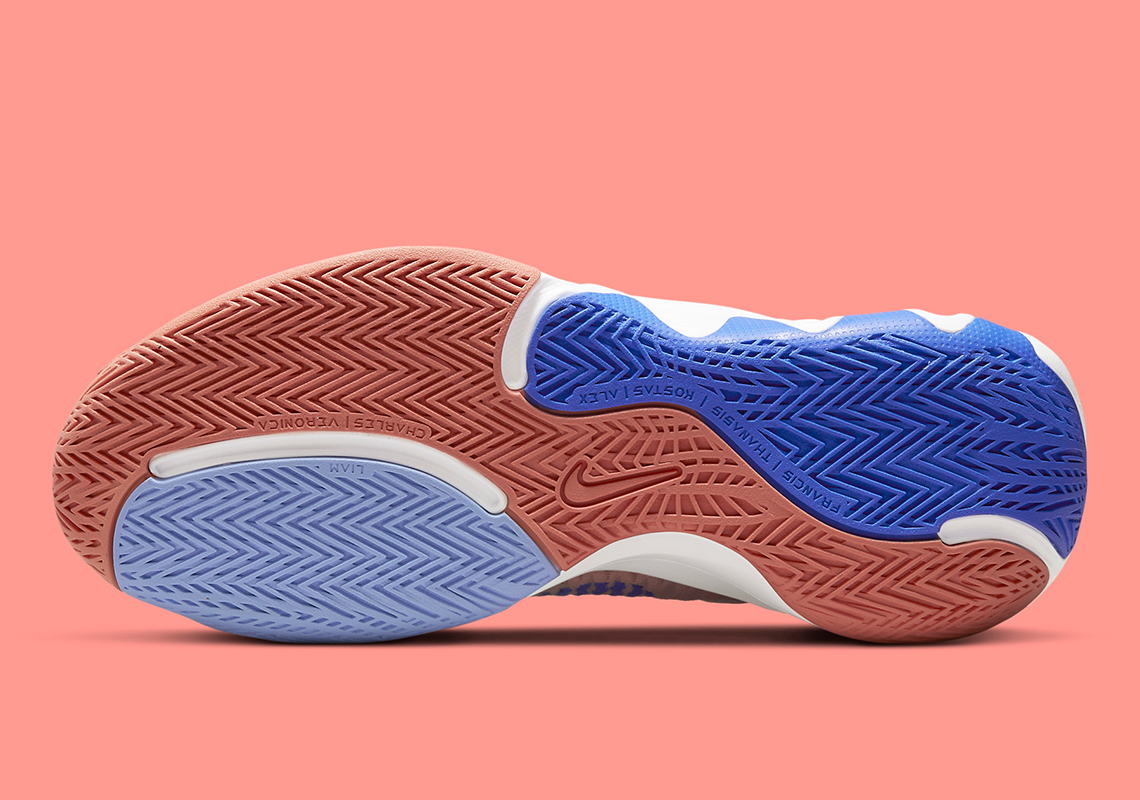 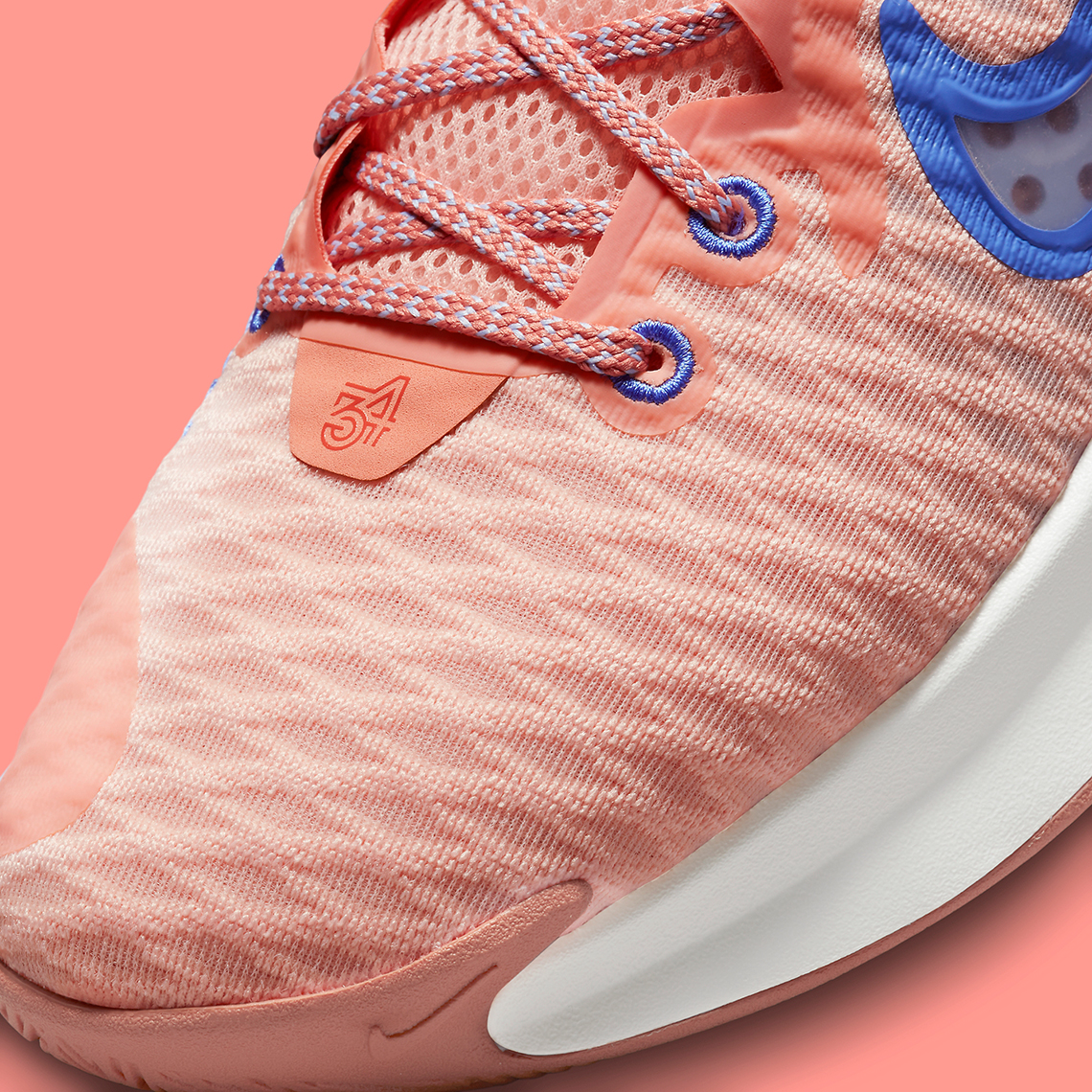 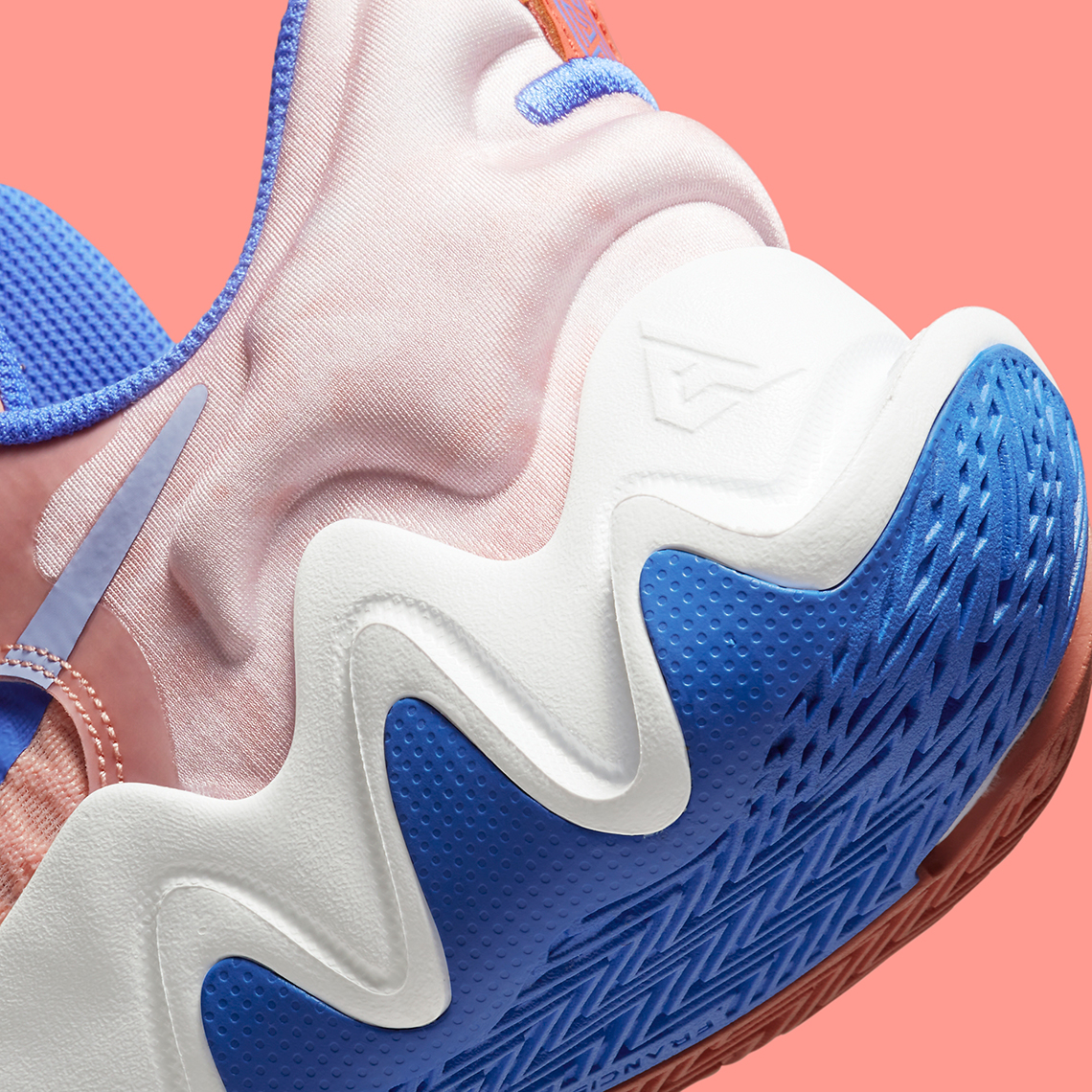