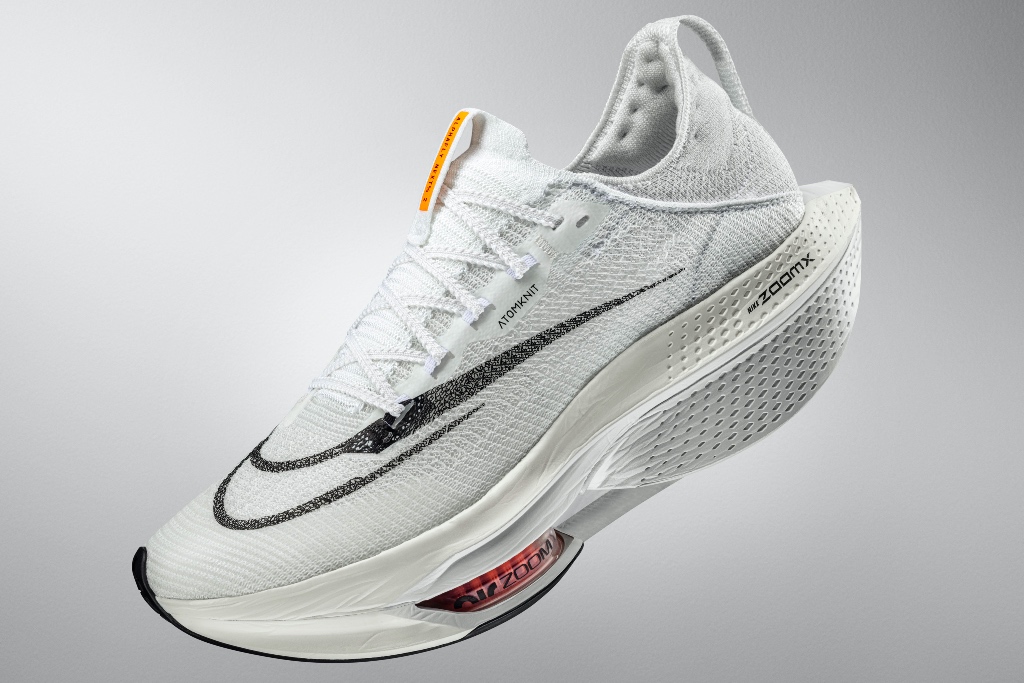 As it’s intended to raise runners’ limits during marathons and long-distance races, the style has gained several technological advancements in its construction — with input from marathon runners themselves, including Eliud Kipchoge. The first is notably the pair’s lightweight ZoomX foam midsoles, which include additional foam beneath the forefoot — which aims to raise wearers’ energy levels and create a smoother stride in each step.

“The Alphafly Next% 2 is built for athletes going after their personal best in the marathon,” said Elliott Heath, Nike Running footwear product manager, in a statement. “Since its inception, the Alphafly has been inspired by the most elite runners going after world records. The updates we’ve made in the second iteration continue to equip elite athletes competing on the world stage but were focused on improving the racing experience for all runners chasing their personal best.”

Additionally, full-length curved carbon plates and wider heels have been inserted into the shoes to raise stability while running.

Expanding on Nike’s evolved silhouette, the style’s knit uppers have also been updated with Atomknit 2.0; an advanced version of its lightweight stretched FlyKnit fabric, which also includes padding under its laces. The new iteration increases comfort, breathability and foot containment due to the material’s thin texture and soft feel.

The pair will launch on June 15 in an initial monochrome white colorway, elevated with red-tinted dual Zoom Air bags footbed insert and a thin strip of orange on each tongue. This version will also feature a wear test number on its side, as a not to the brand’s development process when testing new products with athletes.

You can shop the style when it debuts in limited quantities on Nike’s website.

Discover 50 years of Nike’s presence in pop culture in the gallery.