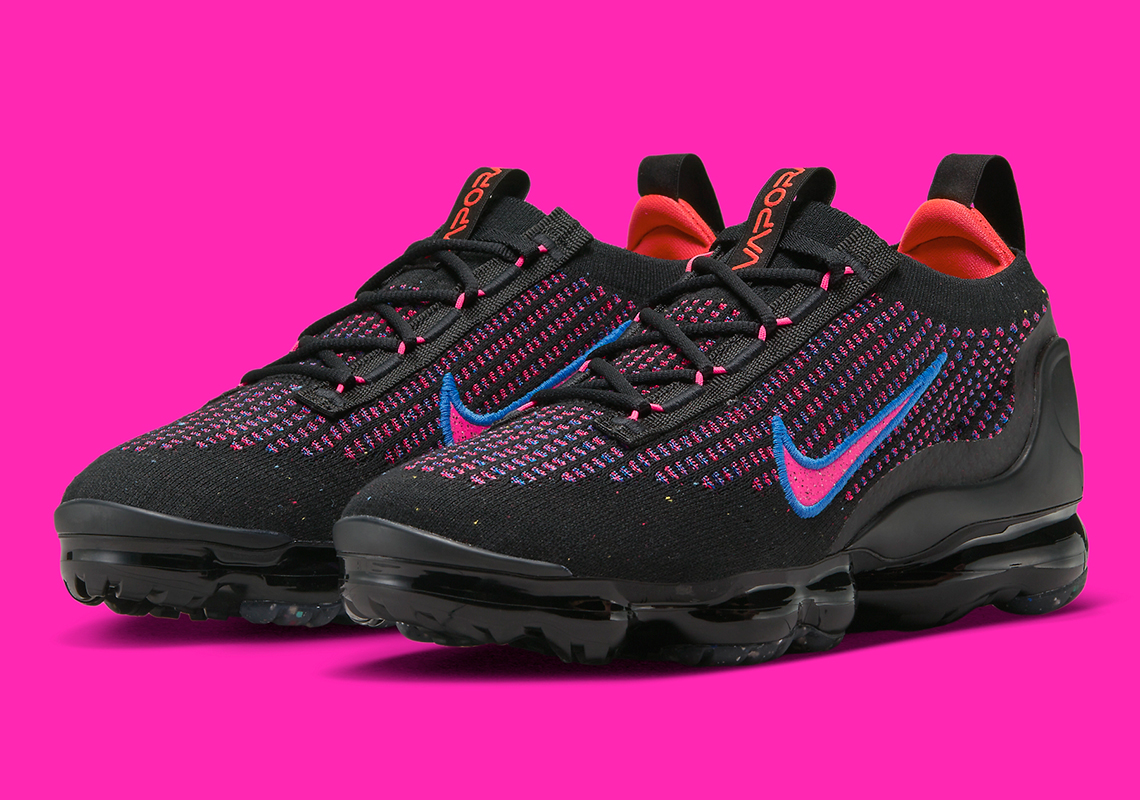 Despite being halfway through 2022, Nike has yet to update the Vapormax Flyknit 2021. New colorways, though, are continuing to surface, such as this upcoming mix of black and neons.

Though said neons may draw the eye, black shades do take up a larger portion of the shoe: the neutral dresses the TPU across the toe and heel, the bubbles underfoot, and much of the knit upper. Bright, vivid pinks and blues, then, brighten the shoe across latter weave as well as the part-embroidered Swoosh, while reds highlight the inner lining and Vapormax branding.

For a closer look at this upcoming Vapormax Flyknit 2021, see the official images below. A release is likely coming soon, so sit tight as we await this pair’s Nike.com arrival.

In other news, the Air Jordan 5 GORE-TEX was officially unveiled. 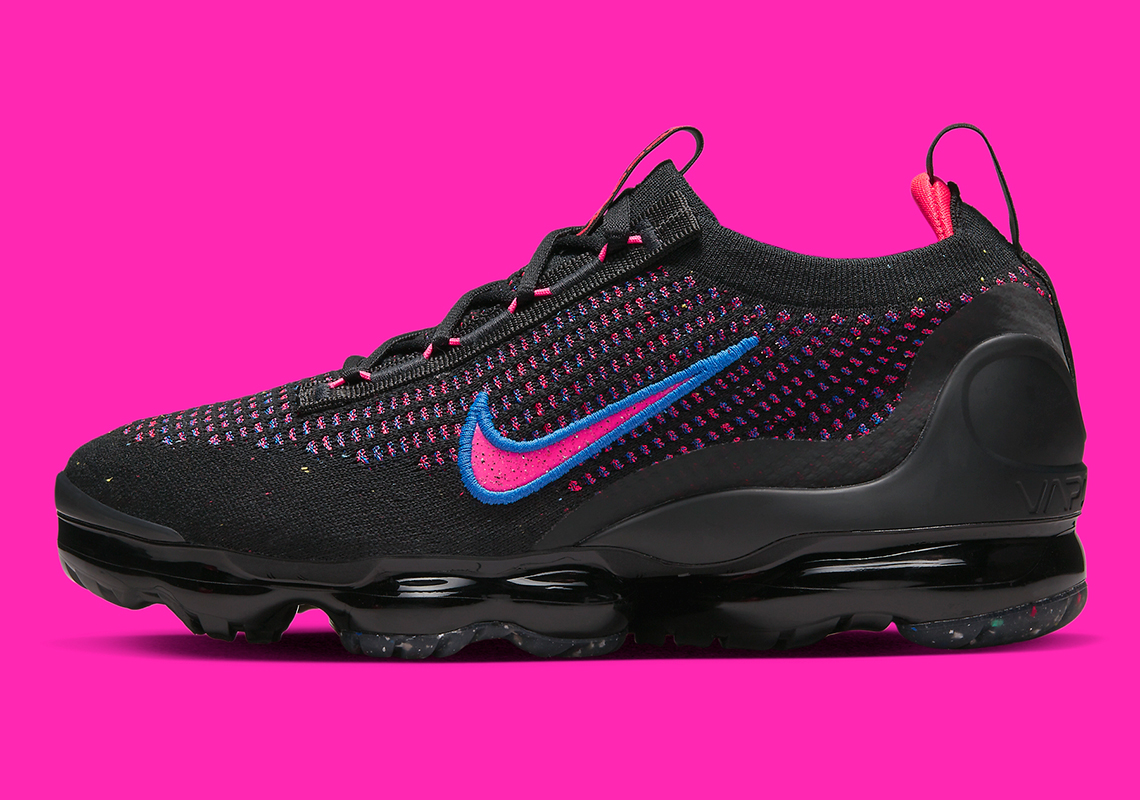 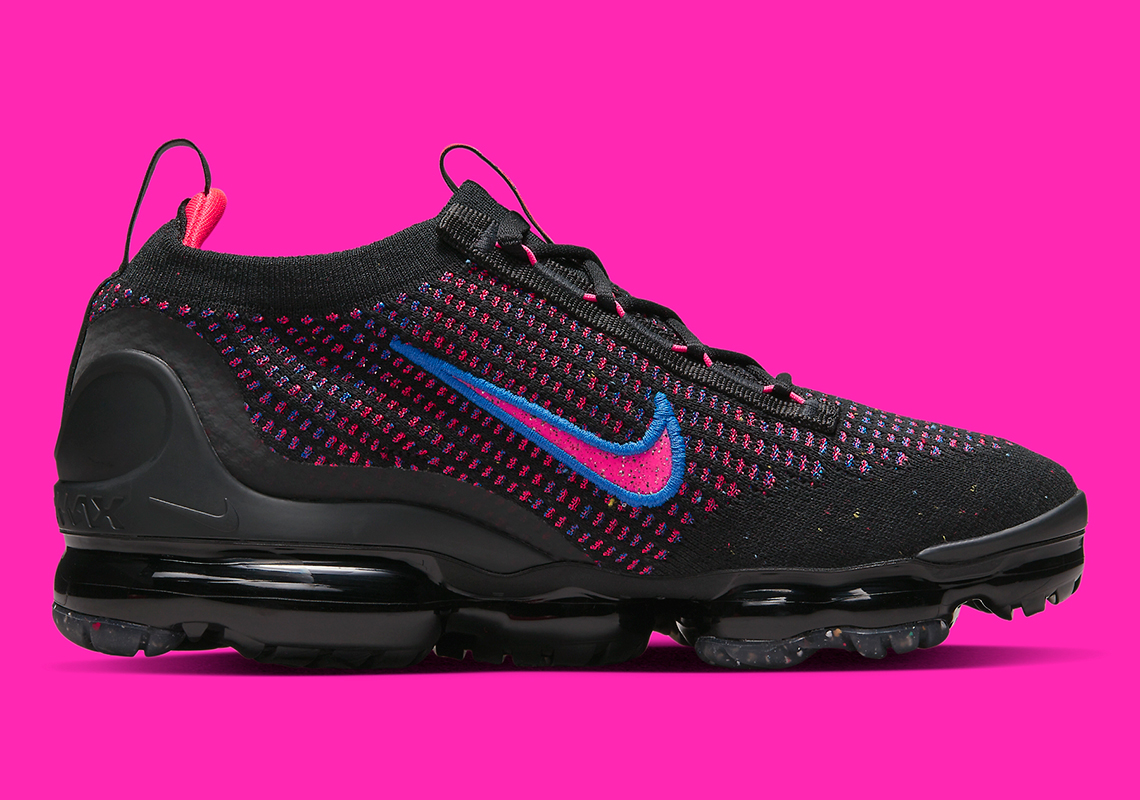 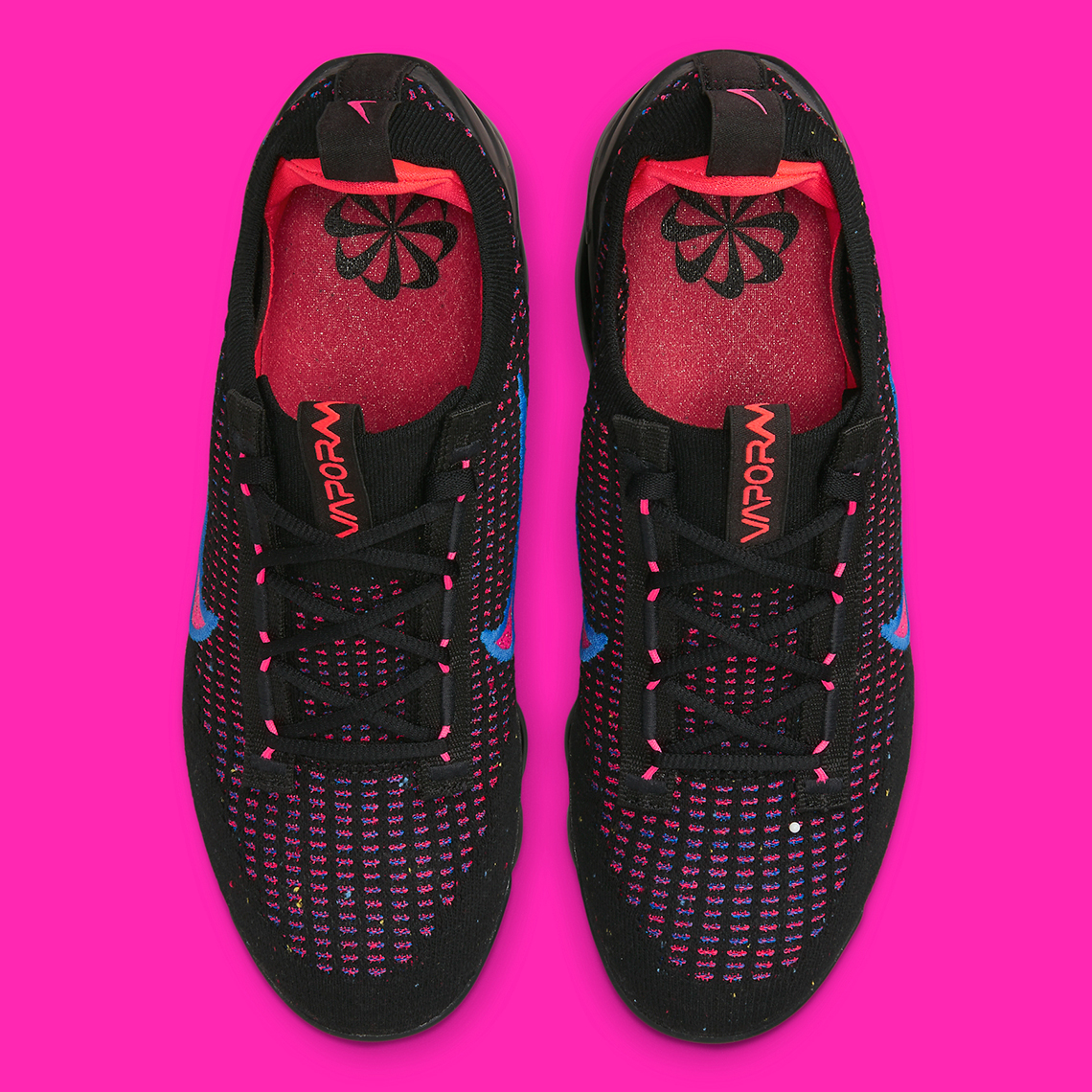 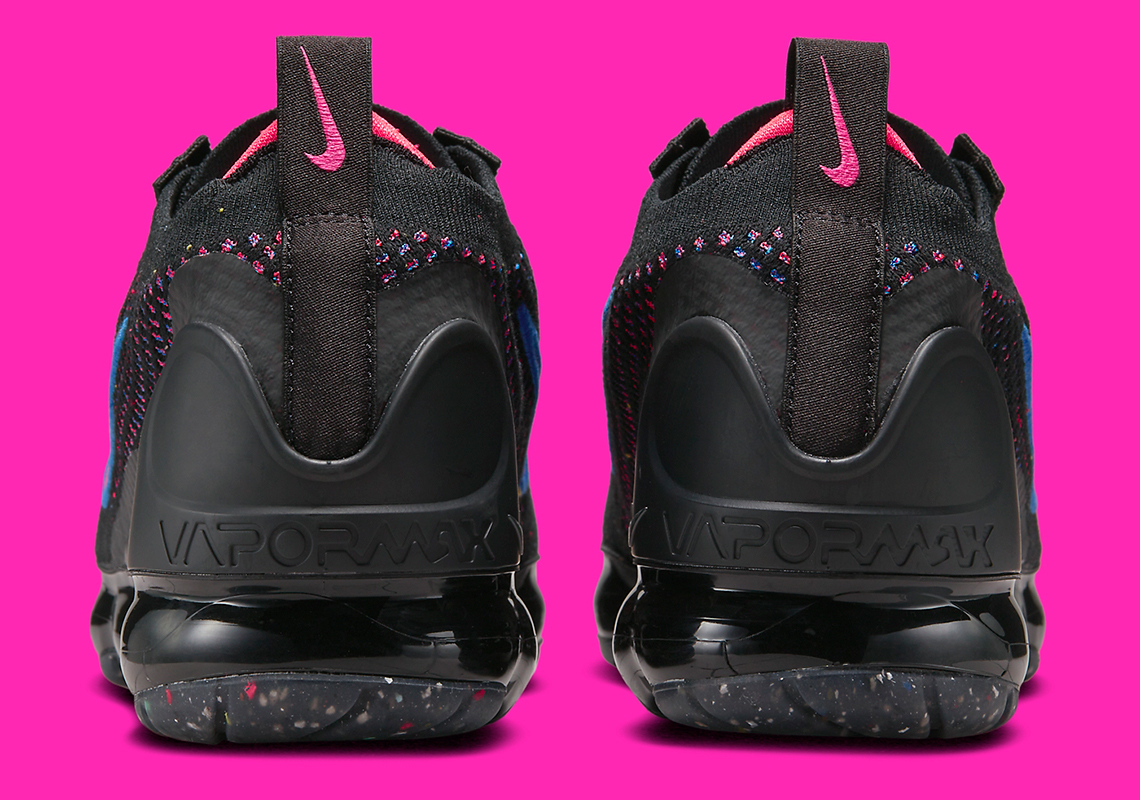 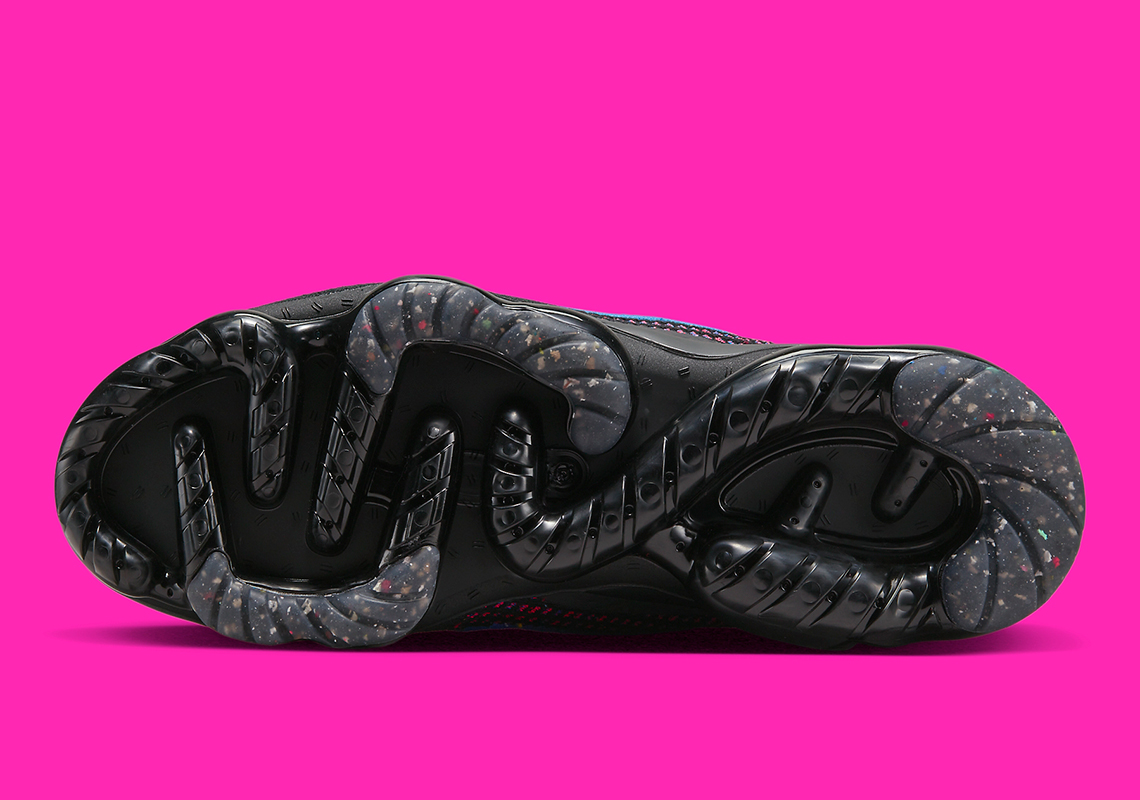 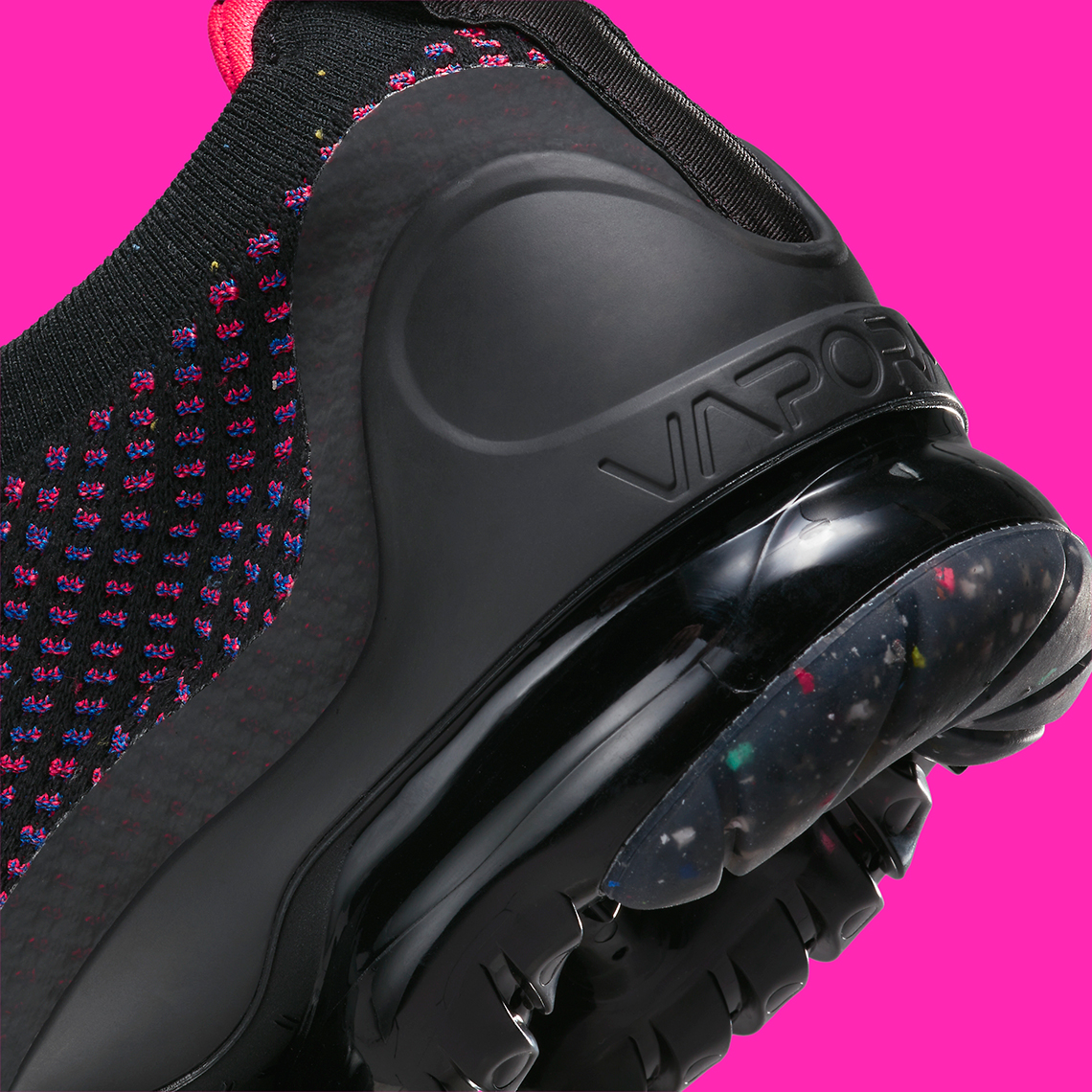 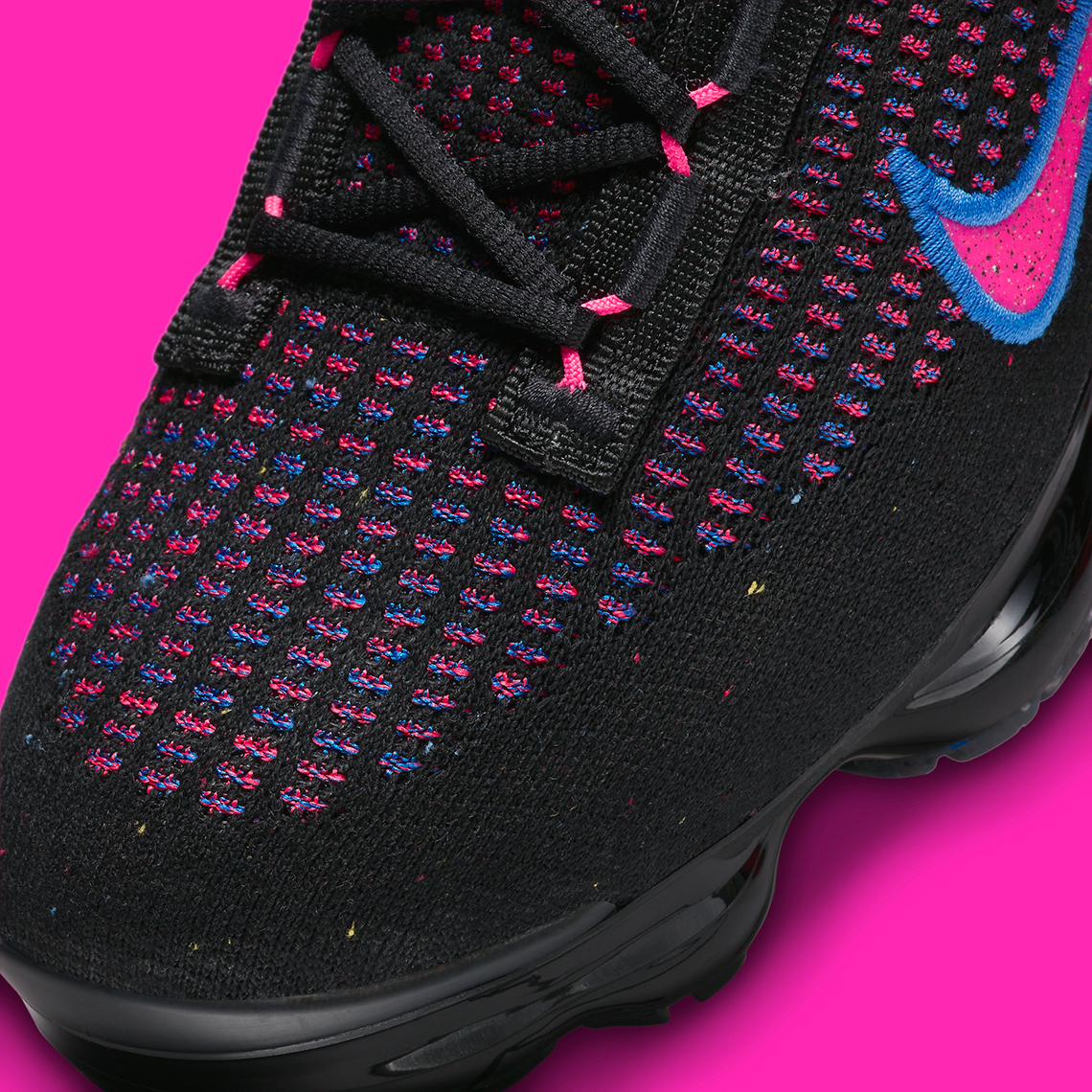