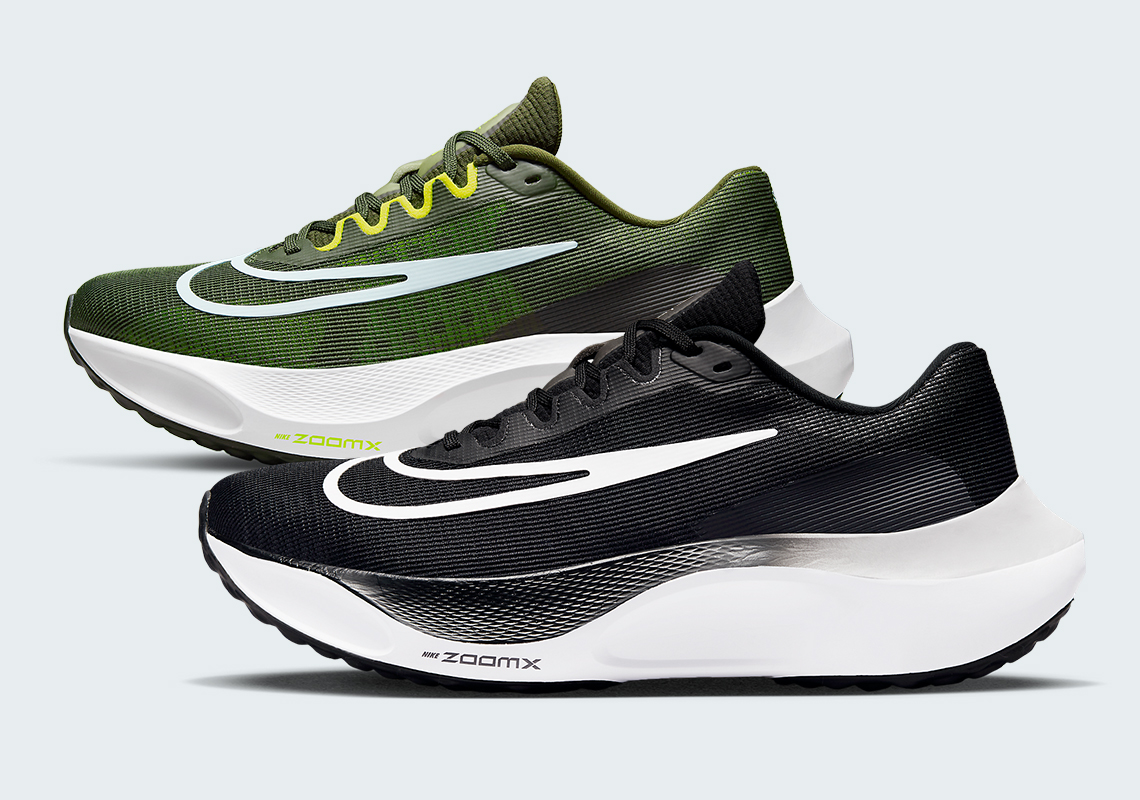 Whether you’re a newcomer or established runner, Nike running shoes have pushed the sport forward unlike none others over the last few years. Ahead of the summer’s string of races, the Swoosh is introducing the Nike Zoom Fly 5.

Once upon a time, the Zoom Fly series served as the North American sportswear giant’s top-of-the-line race day shoe. Thanks to insight from and performances by Eliud Kipchoge, the VaporFly and AlphaFly NEXT% are currently the company’s premier options. Yet, the Zoom Fly 5, which is yet to debut, promises and delivers a different feel from those ultra-lightweight, propulsion-focused styles. Technical specifications for the upcoming shoe haven’t been disclosed by the company just yet, but a first glance at the sneaker’s two launch colorways reveal a more plump ZoomX sole unit and robust mesh upper. It’s very likely that the fifth iteration of the Zoom Fly silhouette also features a carbon fiber spring plate given it’s marketability as a race day shoe. Instead of encroaching on the VaaporFly and AlphaFly’s marathon territories, however, the Zoom Fly 5 may be better suited for shorter distances and speed work. “Push Limits – Break Barriers” is printed on the model’s medial side, which references its intended purpose.

Enjoy official images of two launch colorways of the model ahead, as you wait to secure your pair via Nike.com in the near future.

For more swoosh-branded performance footwear, check out all KD 15 offerings. 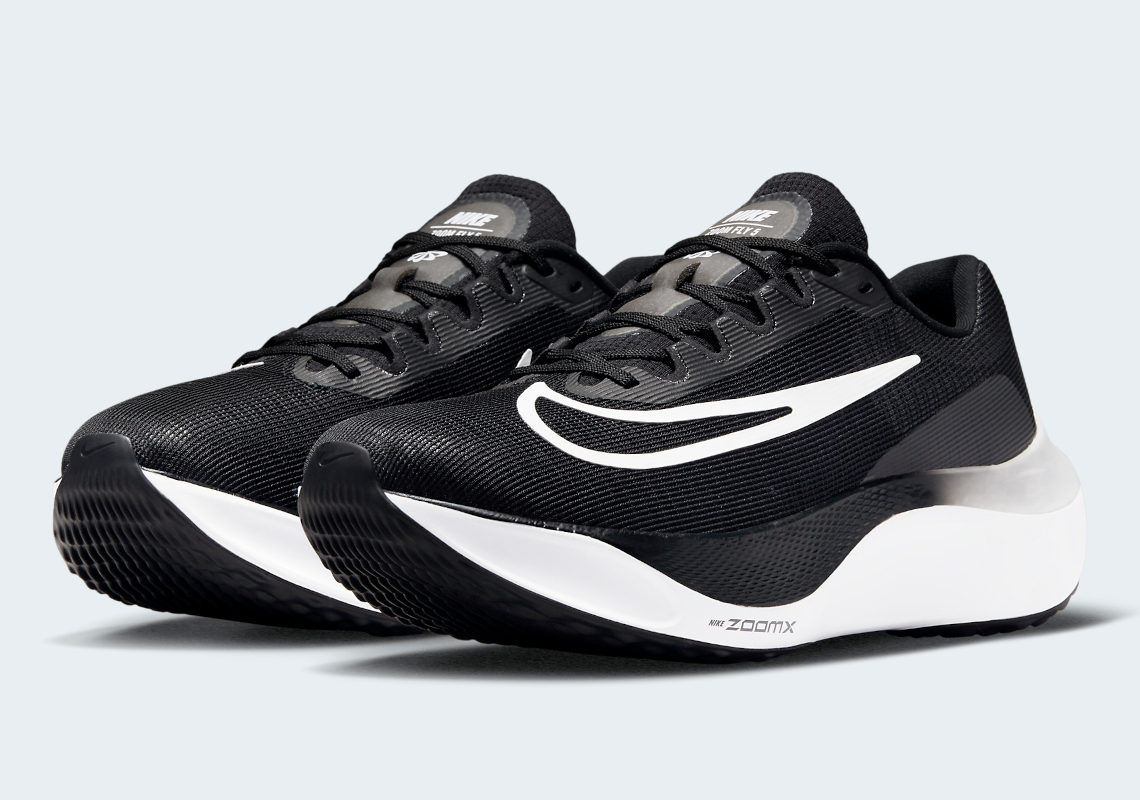 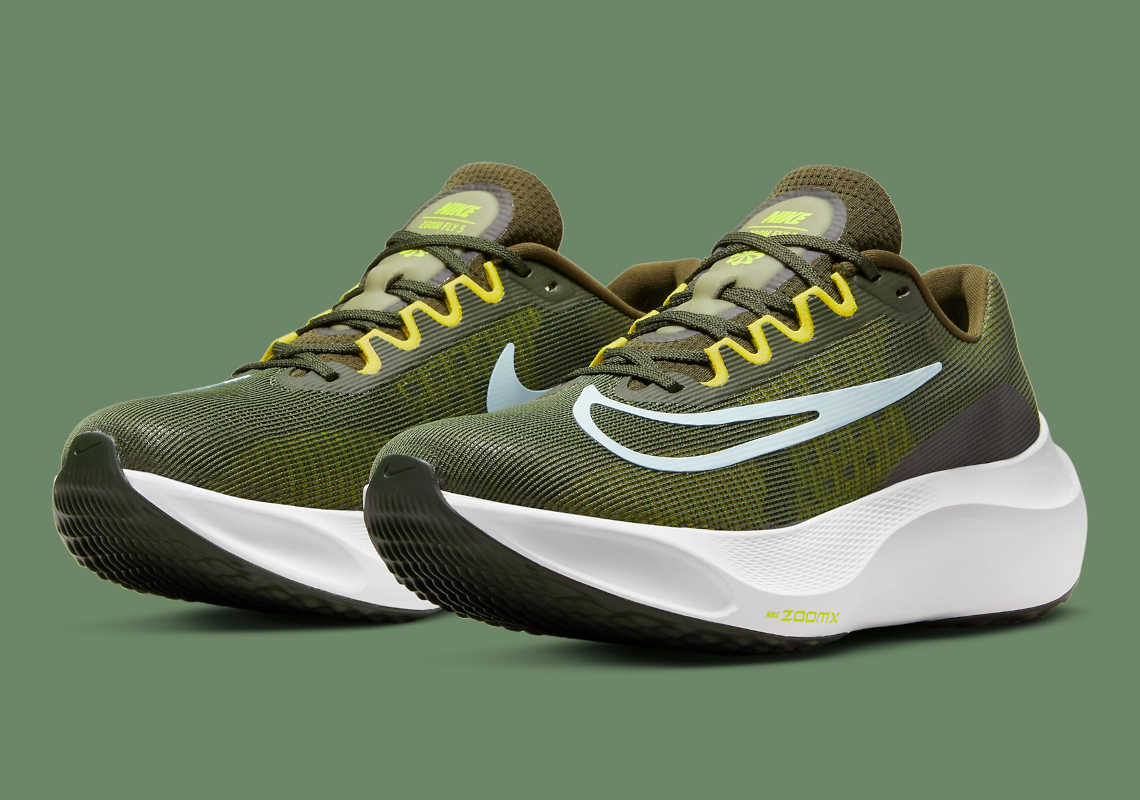 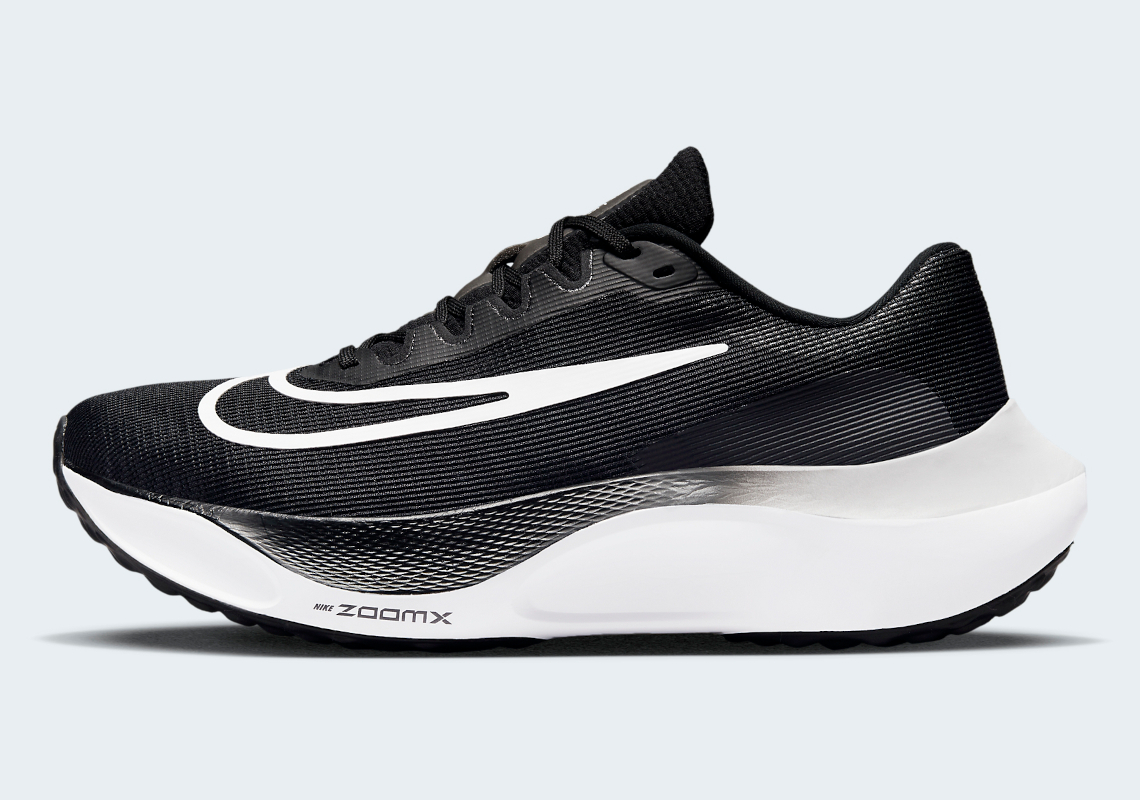 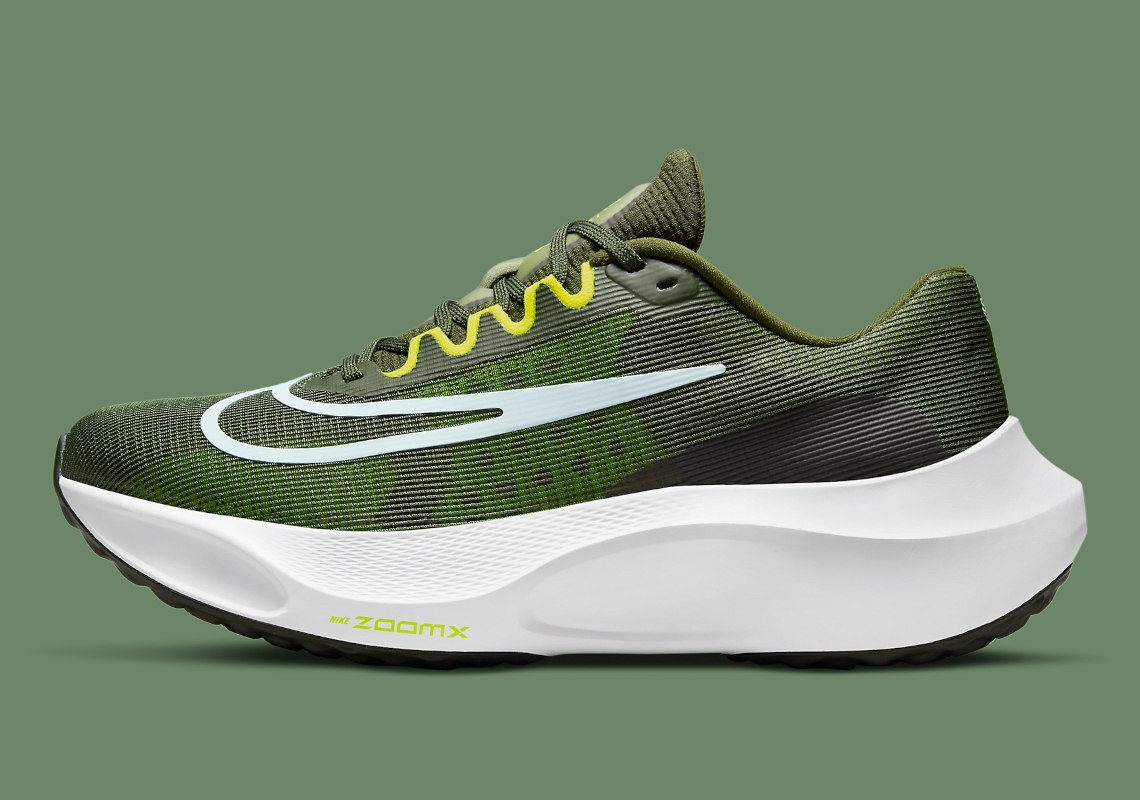 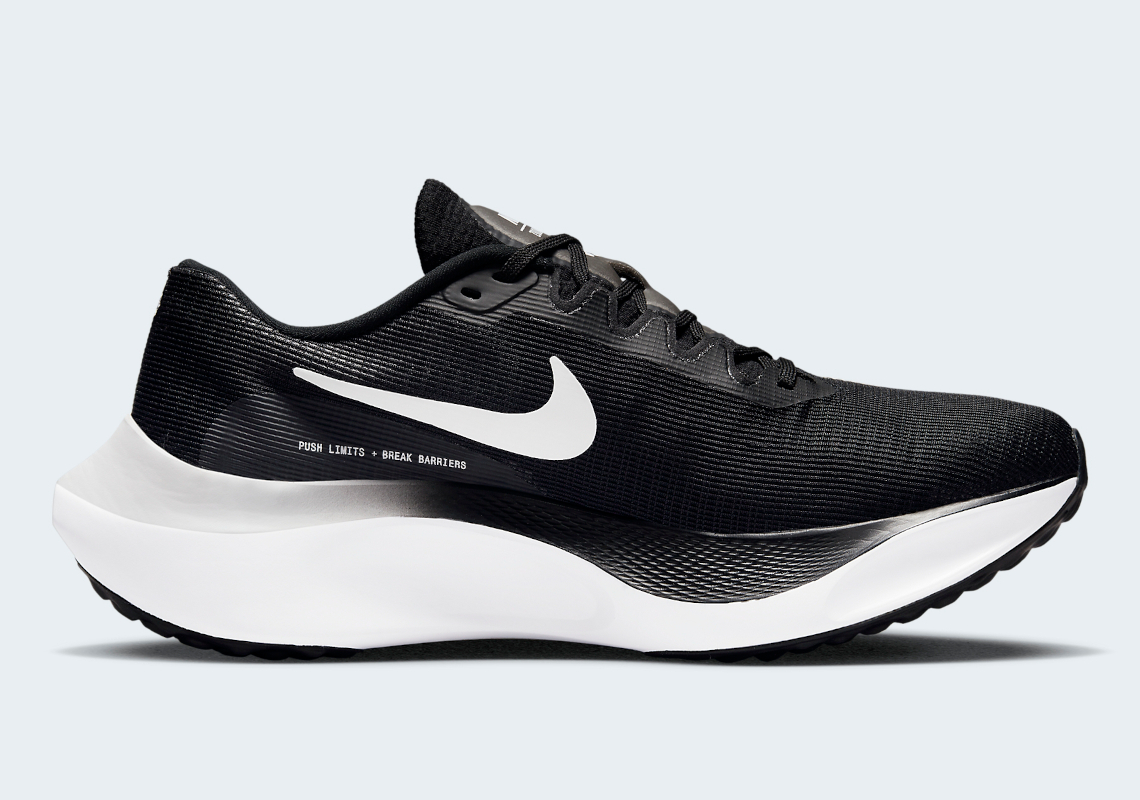 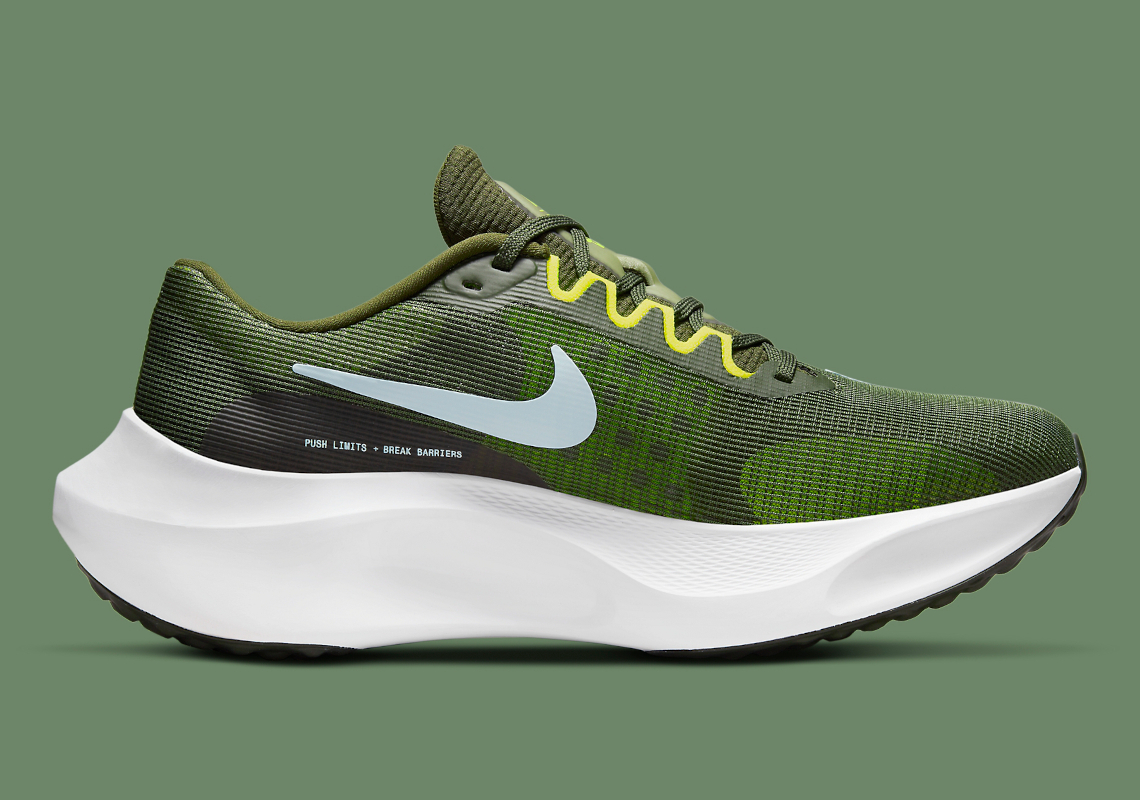 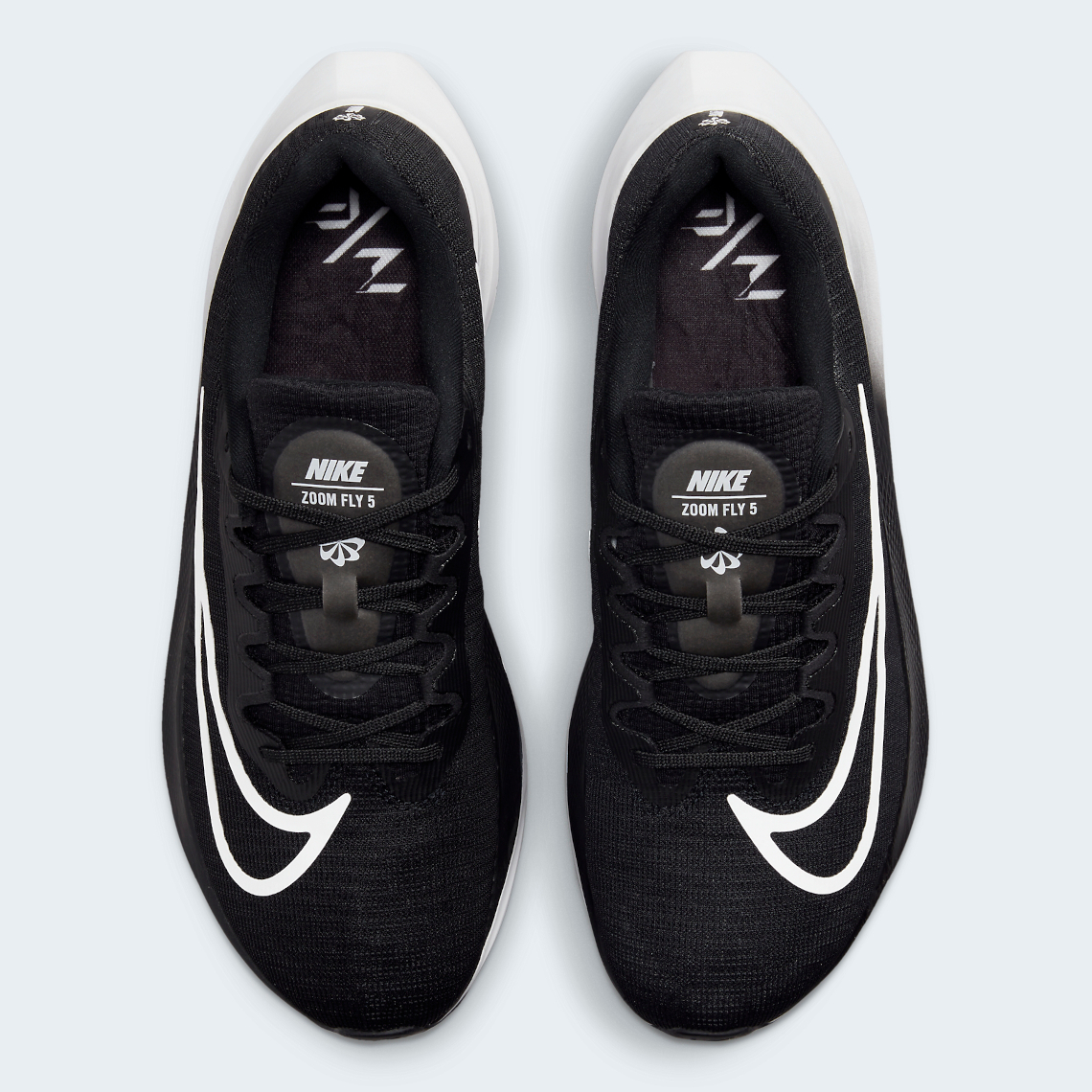 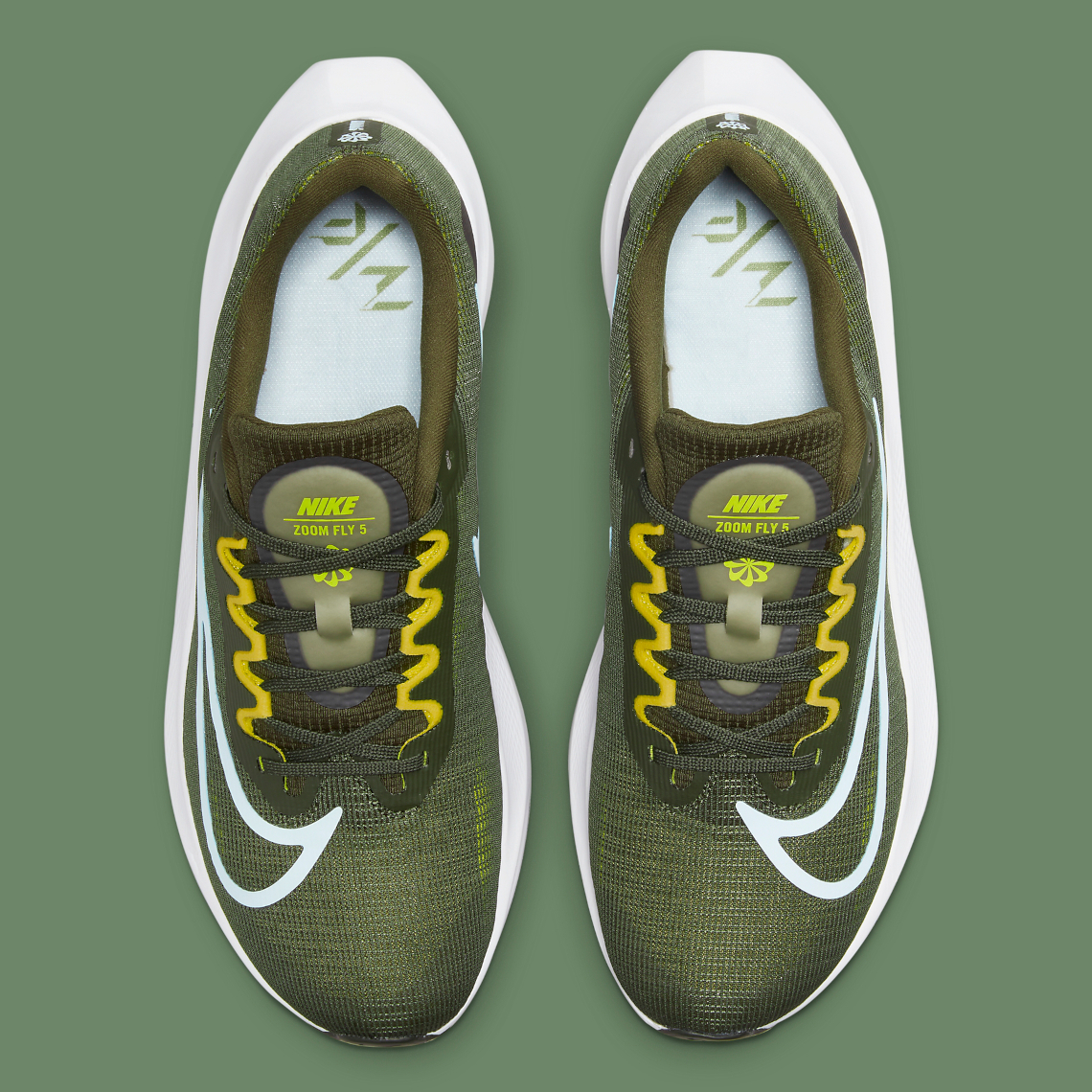 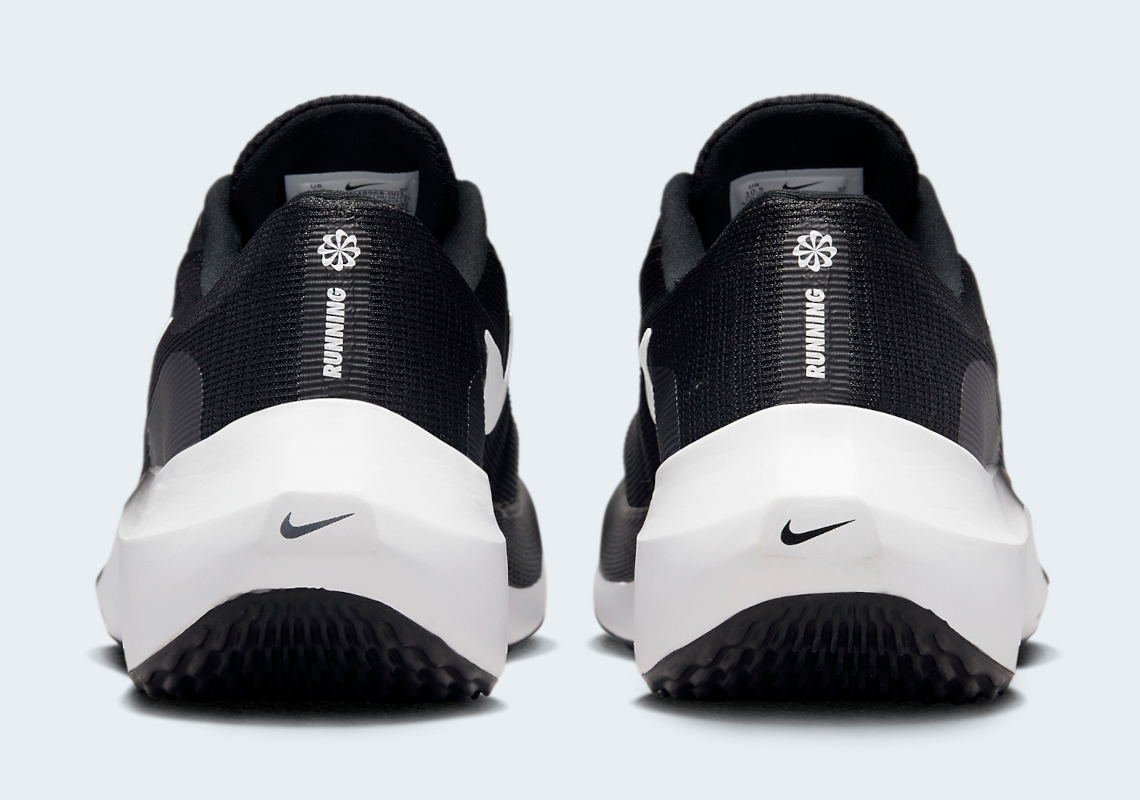 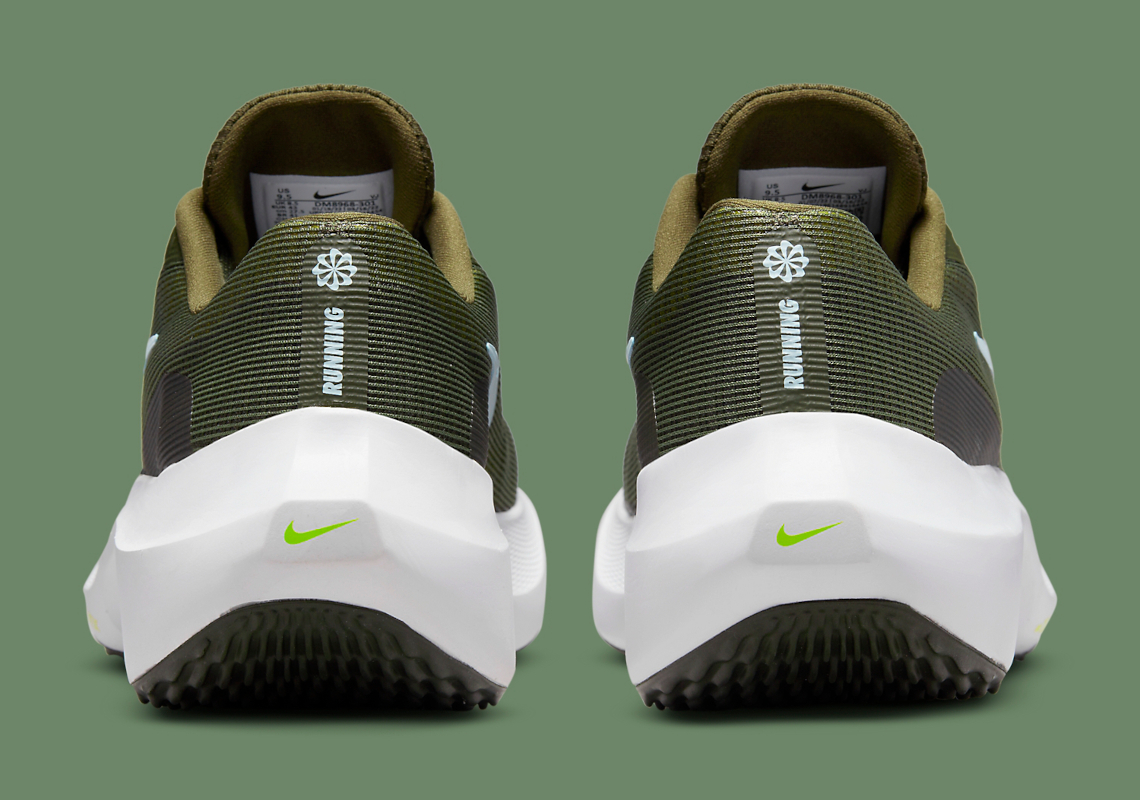 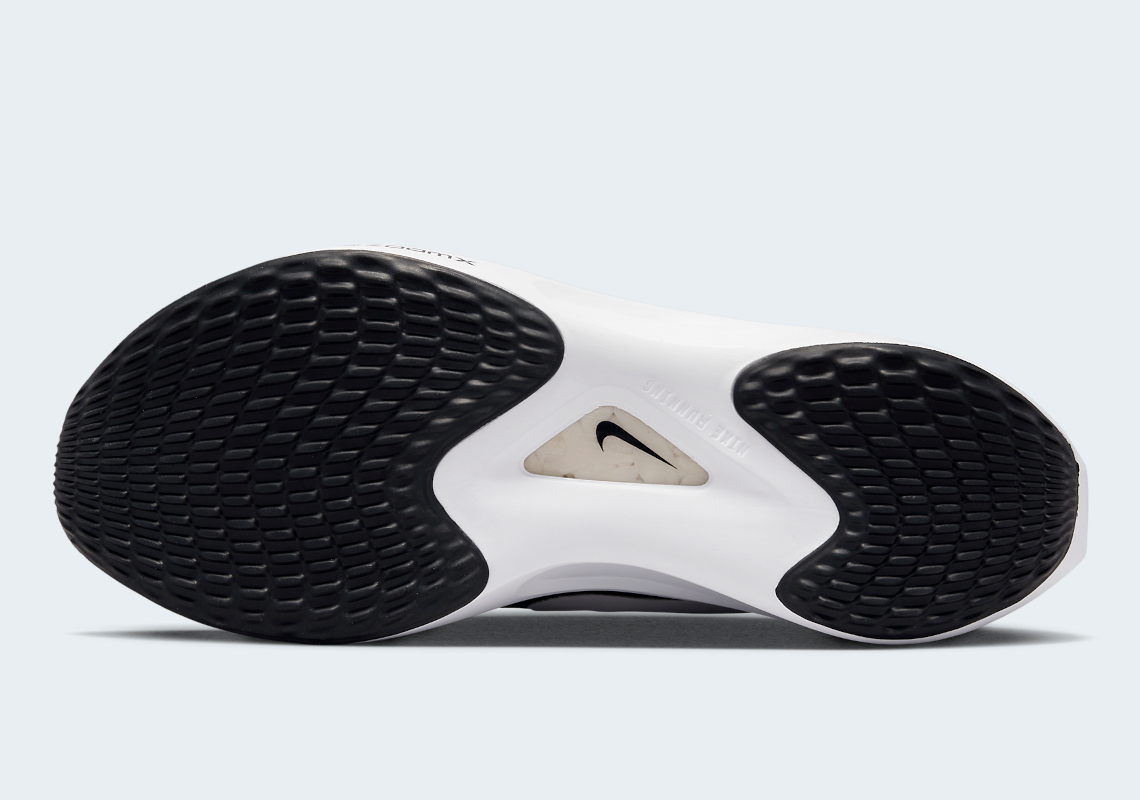 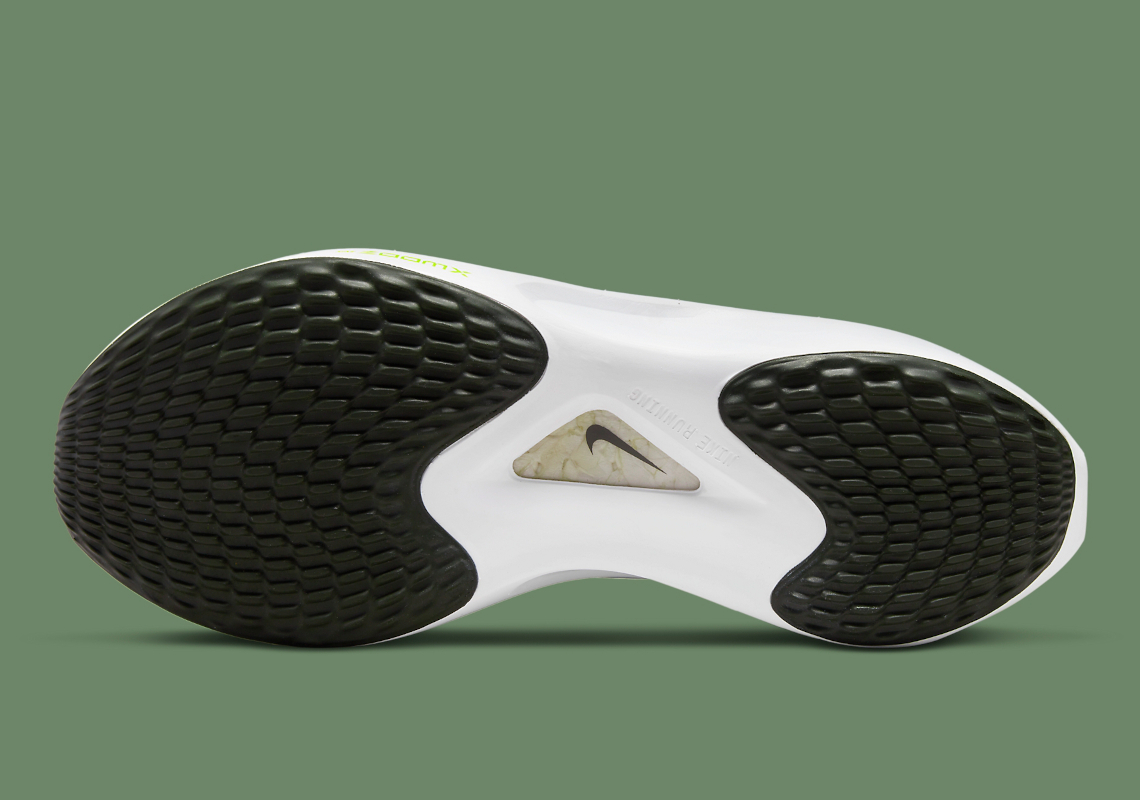 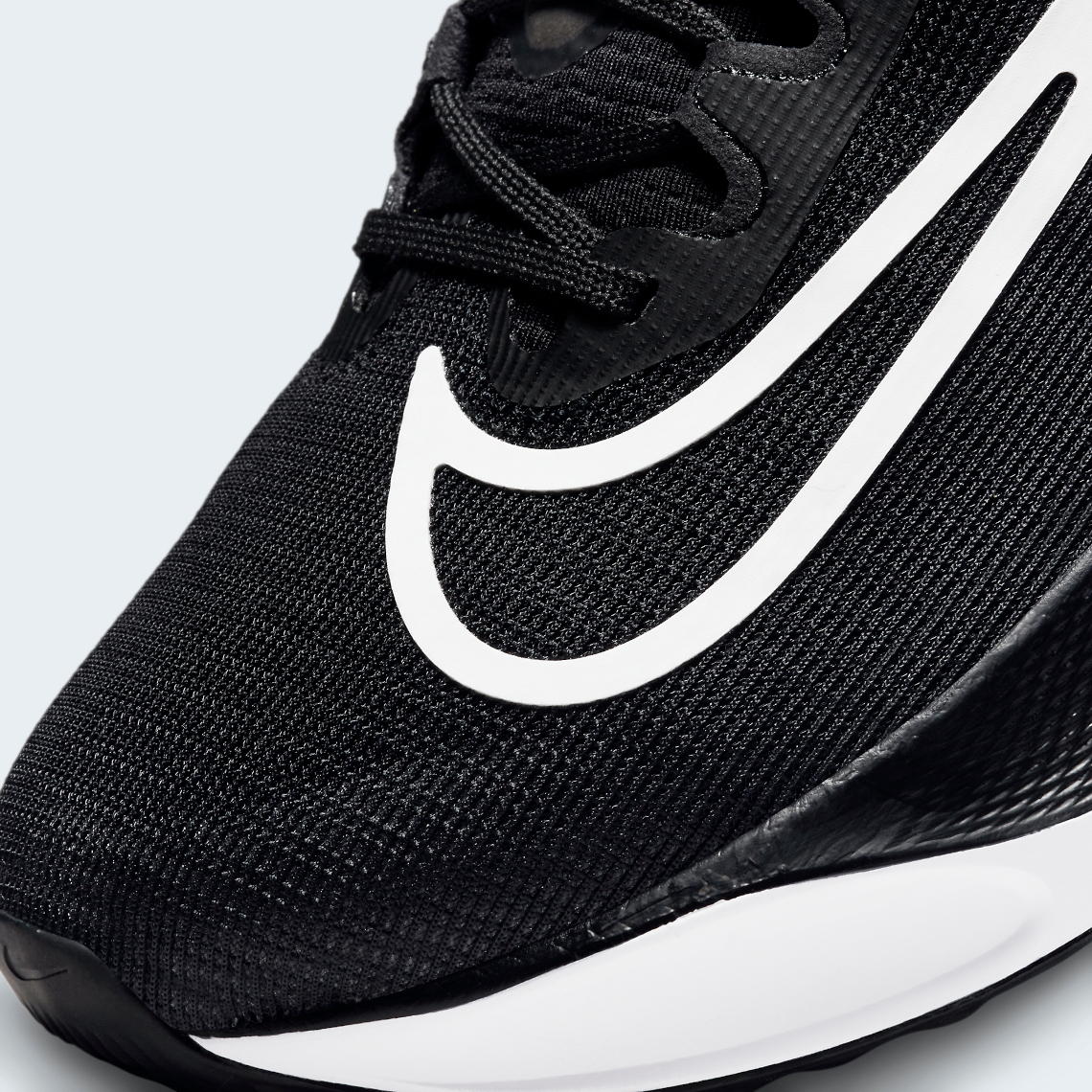 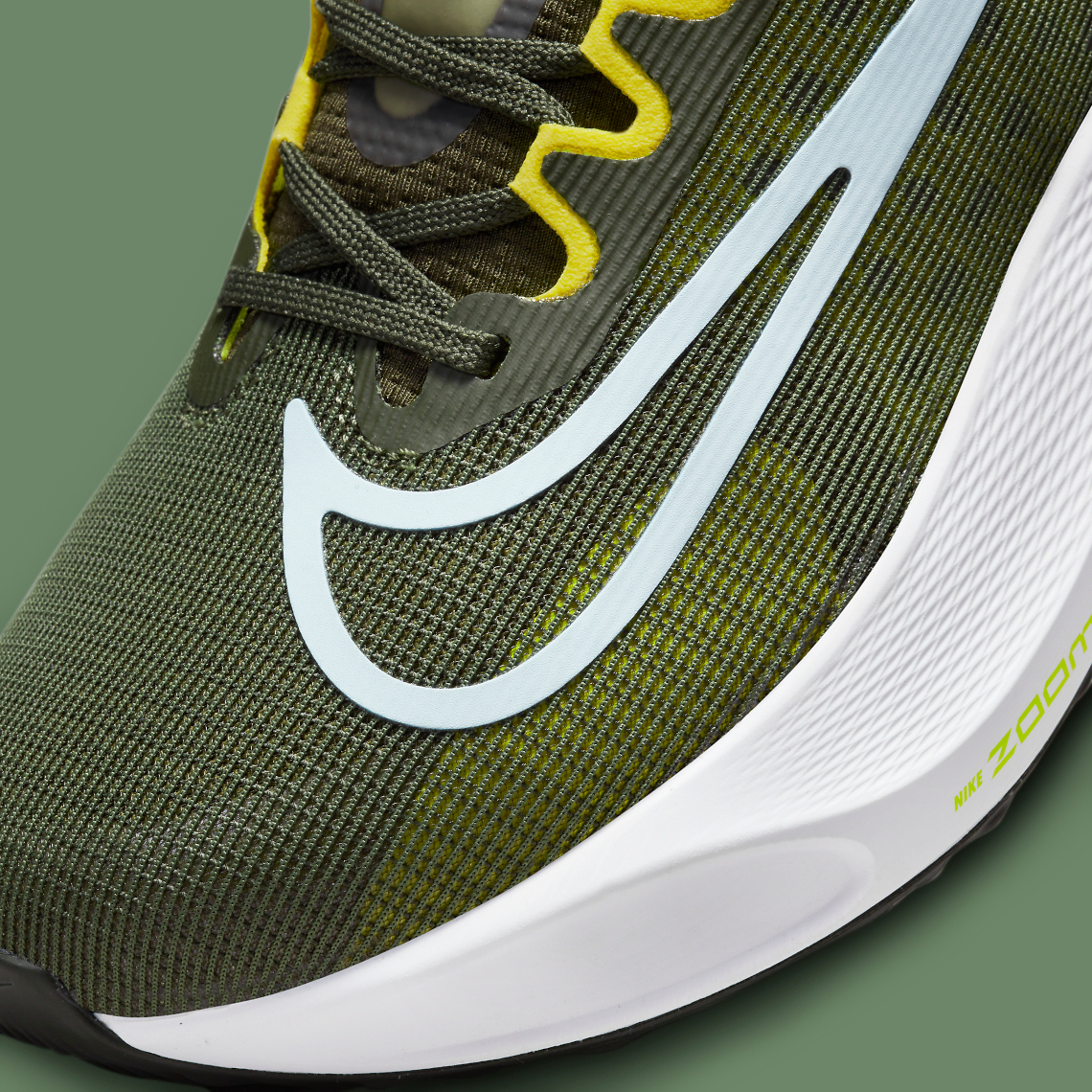 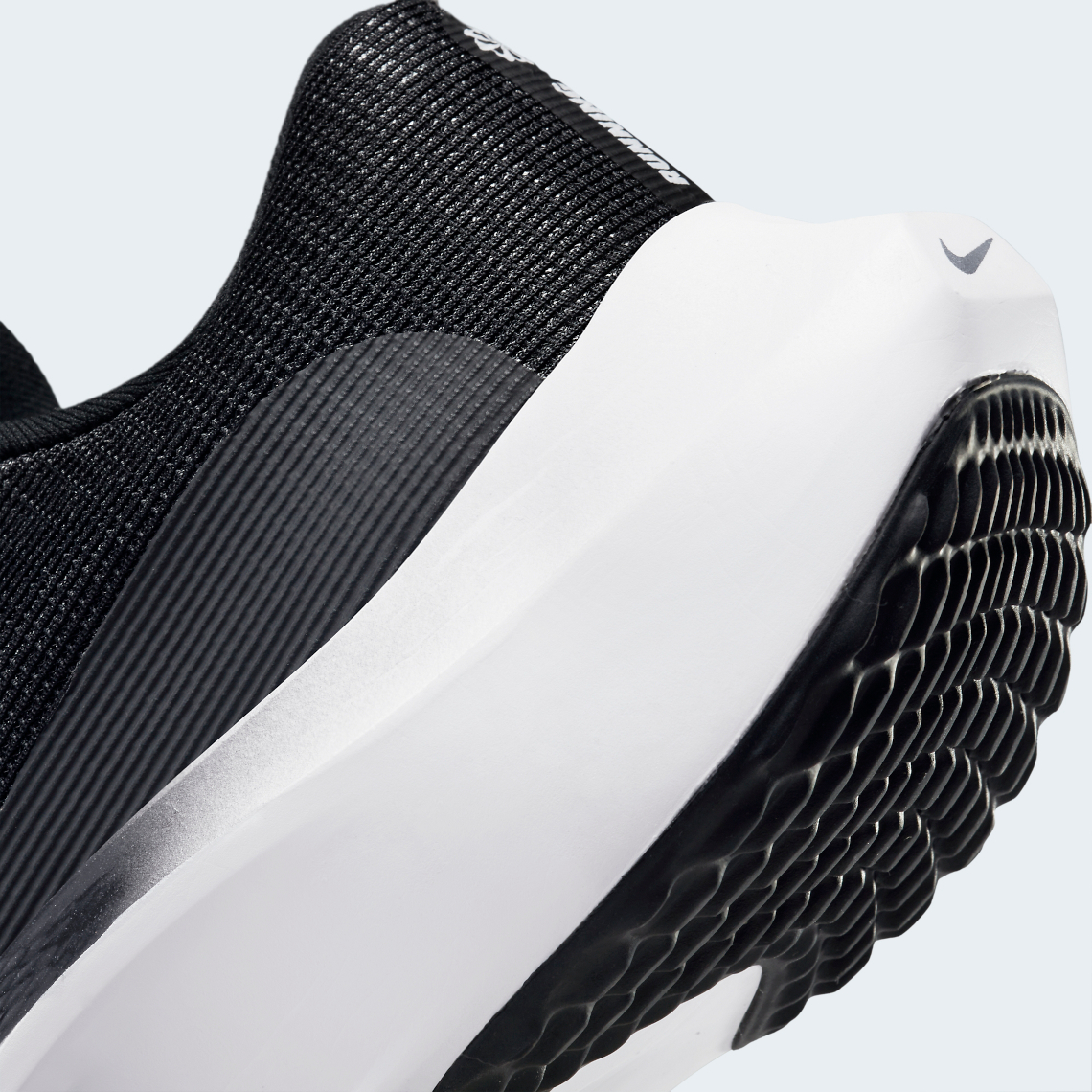 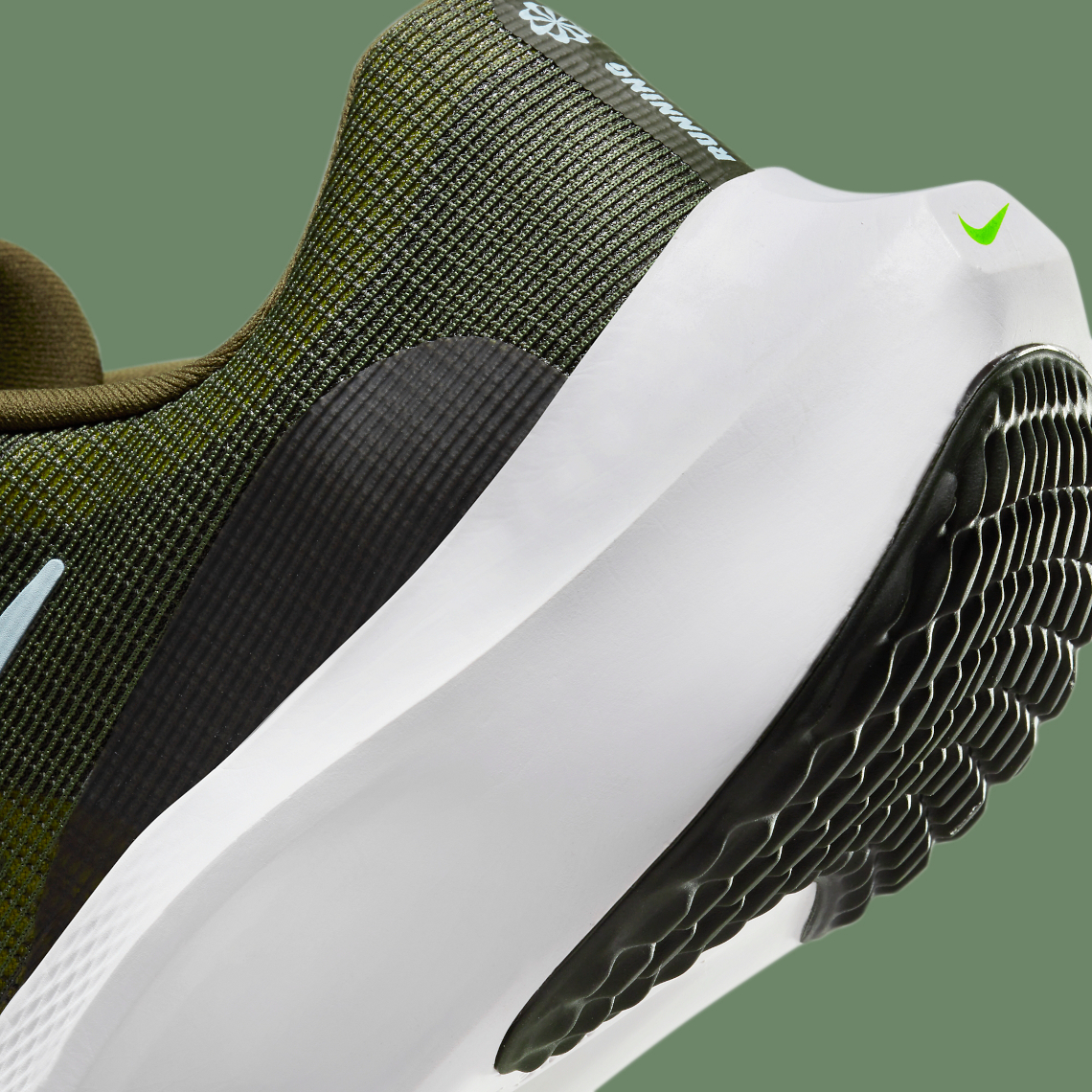