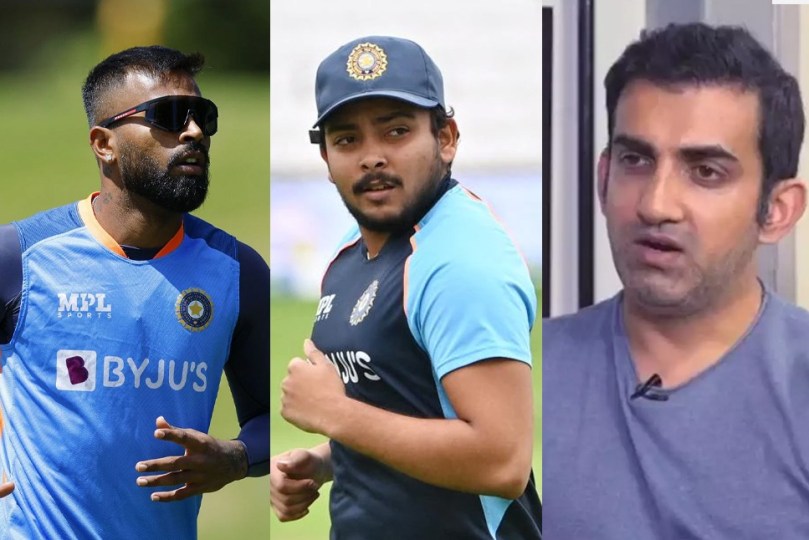 India T20 Captaincy: Prithvi Shaw may not impress selectors but he has got Gautam Gambhir’s backing. The former India opener has picked…

India T20 Captaincy: Prithvi Shaw may not impress selectors but he has got Gautam Gambhir’s backing. The former India opener has picked Hardik Pandya and Prithvi Shaw as two possible captaincy candidates in T20s. While Hardik’s name is a no-brainer, Shaw is a more surprising choice. Shaw has not been part of India squad since July 2021. Follow IND vs NZ LIVE updates on InsideSport.IN

“The reason I’ve picked Prithvi Shaw, is I know a lot of people talk about his off-field activities. But that is what the job of the coach and the selectors are. The selectors’ job isn’t just to pick the 15, but also to get people to walk the right path,” Gautam Gambhir said at an event.

Why did Gambhir pick Shaw?

Gautam Gambhir believes Shaw has the qualities to be an aggressive captain. He has led star-studded Mumbai team in domestic cricket and has found success.

“Prithvi Shaw is one I feel can be a very aggressive captain, a very successful captain because you see that aggression in the way a person plays the sport,” he added.

With India looking forward to a T20 reboot, Hardik Pandya is set to take over T20 captaincy. He has impressed with his leadership skills. He is also most important member of the team. Gambhir believes it will not be fair to judge Rohit Sharma only in terms of ICC tournaments. But with age is being a factor, Gambhir has thrown his weight behind Hardik Pandya.

“Hardik Pandya obviously is in line. But that’s going to be unfortunate for Rohit because I think judging his captaincy in only one ICC event is not the right way to probably judge him,” Gambhir added.

Pandya made his captaincy debut against Ireland this year. The star all-rounder helped the Men in Blue to clinch the series against the Irish side. Recently, Pandya also successfully led India to a T20I series victory against New Zealand.