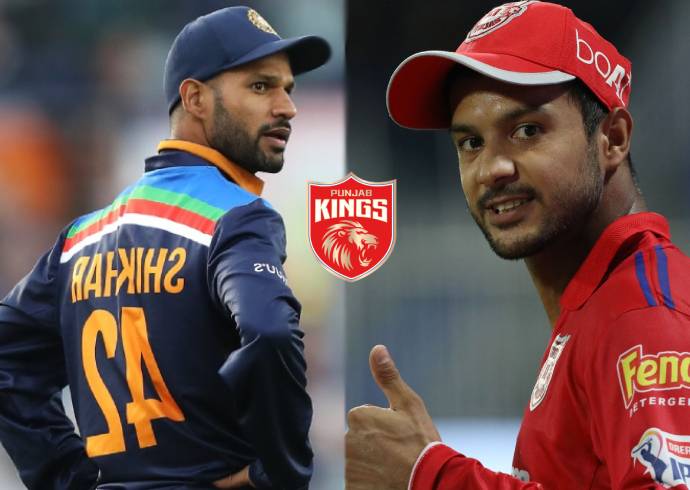 IPL 2022 – Punjab Kings Captain: Punjab Kings (PBKS) is known for making easy things complex – both on and off the field. The much debated captaincy issue of PBKS is seeing another twist in the tale. According to a report by PTI, PBKS management is having another change in heart & not Shikhar Dhawan but Mayank Agarwal will be announced as captain of the team: Follow IPL 2022 LIVE Updates with InsideSport.IN

IPL Media Rights Tender to be released before end of February, Reliance…

IPL 2022: Another twist in tale in Punjab Kings camp, not Shikhar Dhawan but Mayank Agarwal set to captain PBKS in IPL 2022: Report

Punjab Kings Captain – Mayank Agarwal PBKS Captain? The report says PBKS has decided to again change their decision. The team from Punjab is now likely to appoint Mayank as the new captain for the upcoming edition of the league.

Agarwal, who is part of the Indian Test team, was one of the two players retained by Punjab Kings alongside young pacer Arshdeep Singh ahead of the mega auction earlier this month.

A formal announcement is expected soon.

“In all likelihood, Mayank will captain the side. The announcement is expected later this week,” an IPL source told PTI.

Dhawan’s name as captain was also doing the rounds but the management was keen on Agarwal as the leader even before the auction.

“Dhawan is a welcome addition to the side and was always on the radar at the auction. He is a champion player but it seems Punjab were keen on Mayank as captain ever since K L Rahul left the team,” the source added.

Agarwal and Rahul formed one of the most prolific opening pairs in the IPL over the past couple of years. Rahul will lead Lucknow Super Giants this season.

Agarwal had captained the team briefly last year when Rahul was injured. Agarwal aggregated 400-plus runs in the past two seasons. He had made his IPL debut in 2011 and has so far played 100 games.

The 31-year-old has also played 19 Tests and five ODIs for India.

With a strong squad at their disposal, Punjab Kings are aiming to end their title drought in the IPL. Their only final appearance came way back in 2014. They finished sixth out of eight teams in last three editions.

Punjab Kings Full Squad: Punjab, who went into the auction with the maximum purse, made good use of the money by getting the likes of Shikhar Dhawan, Jonny Bairstow, Liam Livingstone, Kagiso Rabada and buying back left-arm spinner Harpreet Brar and explosive Tamil Nadu batter Shahrukh Khan.