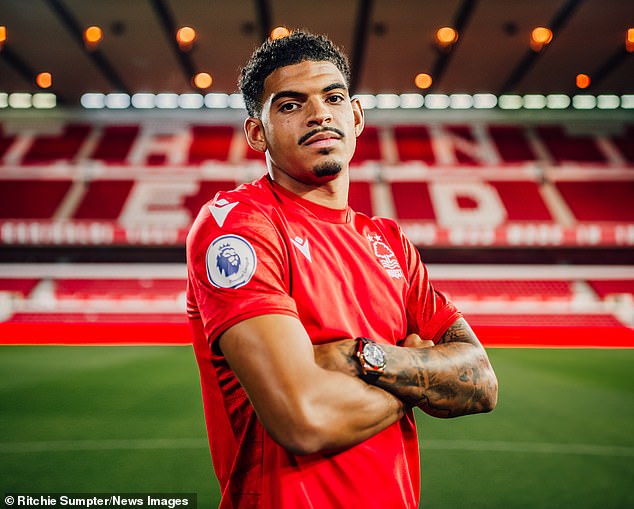 Nottingham Forest confirm signing of Morgan Gibbs-White for club record £42.5m from Wolves… and the midfielder could now be set for his debut at Everton on Saturday

Nottingham Forest have completed the club record signing of Morgan Gibbs-White from Wolverhampton Wanderers, ensuring a 16th new arrival at the City Ground for the Premier League new boys.

The club confirmed the move on Twitter, while also revealing the midfielder will be wearing the No 10 shirt this season.

The 22-year-old has penned a five-year-deal at the City Ground. 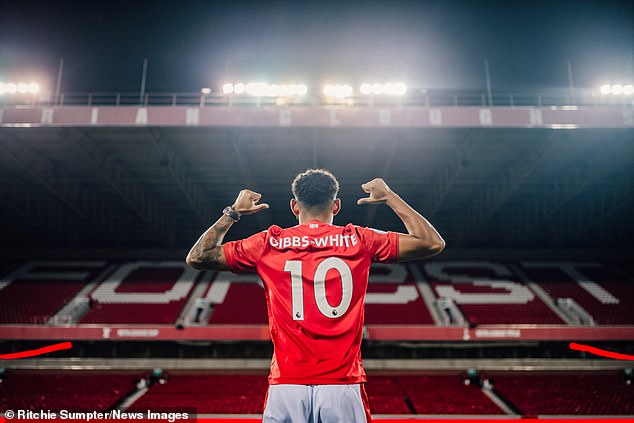 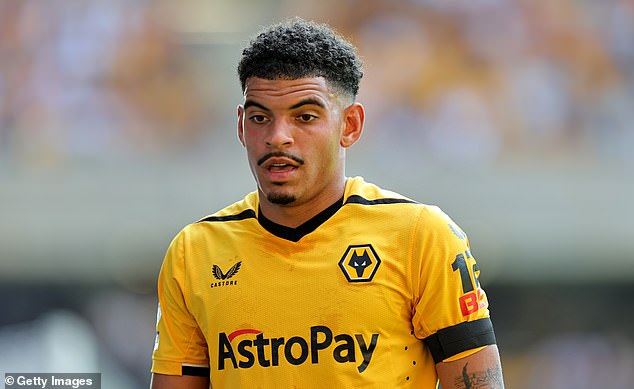 With the move having been completed before midday, it also ensures that he can be thrown straight into the mix for Steve Cooper’s side when they travel to Everton on Saturday.

The club announced the signing with a clip of Gibbs-White on the pitch standing on the centre-circle in his full Forest kit displaying his new shirt number while also waving a giant club flag.

Wolves had turned down a number of bids for Gibbs-White, including from Forest’s weekend opponents Everton, before relenting on Thursday to Steve Cooper’s side, having also completed a move for Sporting Lisbon’s Matheus Nunes for £38m.

Forest have made a straight forward payment of £25milion and the Molineux outfit will be entitled to an additional £7m-10m depending on certain criteria being met during his time at the City Ground. Further bonus payments could be made to take the deal beyond £40m.

Boss Steve Cooper will be reunited with Gibbs-White having previously worked with him as part of an England Under 17 squad that won the World Cup five years ago. He has also played under Cooper on loan at Swansea.

Last season he impressed on loan at Sheffield United scoring 12 goals and providing 10 assists across 37 games – with one of those goals comes against Forest in the Championship play-off semi-final.