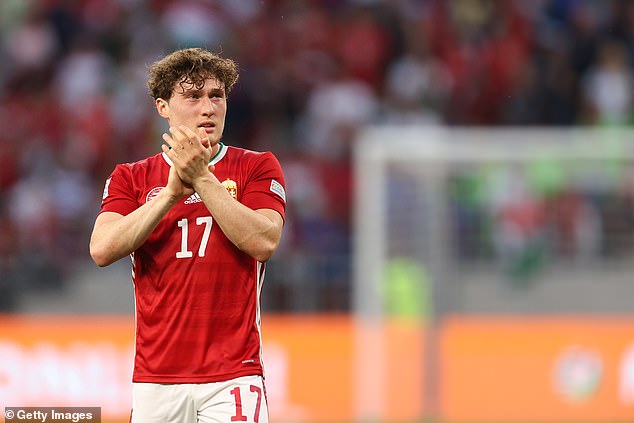 England-born Hungary star Callum Styles is ‘hoping for a Premier League move’ after impressing against England on Saturday.

The 22-year-old came on as a substitute as Hungary beat a lacklustre England 1-0 in Budapest. It was Hungary’s first win over the Three Lions since 1962.

Reports in The Mirror suggest he is being targeted by the three clubs promoted to the Premier League ahead of next season: Fulham, Bournemouth and Nottingham Forest.

His outing against England’s Premier League stars will surely put him in good stead ahead of the upcoming transfer window.

In quotes carried by The Mirror, Styles said: ‘Our team has really, really good players also and the standard is very good, so that is obviously going to help push my dream of becoming a Premier League player.

‘Me and the club have spoke and we think it is the best time to move on. I just need to sit down with my agent and see what is on the table.

‘Fingers crossed somebody will come in with an offer because I want to play at the top and the club have said that’s how they see it as well, so hopefully it will be an easy process.’ 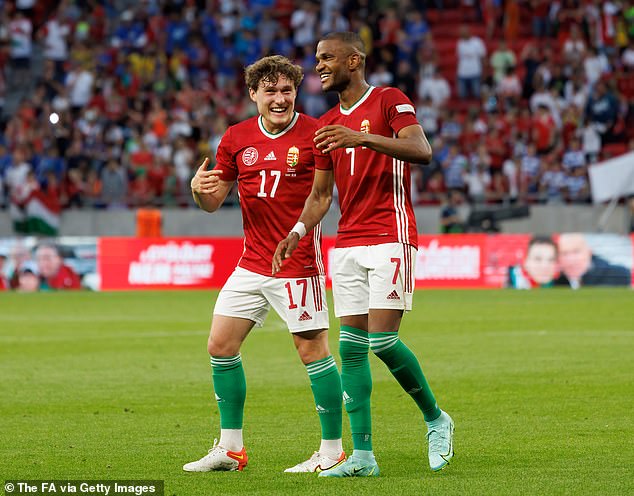 Styles came on as an 82nd minute substitute at the Puskas arena as Hungary successfully clung on to their lead.

He continued: ‘I have to sometimes take a step back and take it all in because I never thought I would be playing against England.

‘And to come on and for us to win the game is just different, like. I am struggling to grasp but I am enjoying the experience.’

The midfielder also mentioned his support for England in the past. He said: ‘I have cheered England on in the past – I’ve been to quite a few games – so to be on the same pitch playing against them – and winning. That’s amazing.’

‘These experiences can only help, you wouldn’t get at club level and the calibre of player you play against is the most elite in the world.’