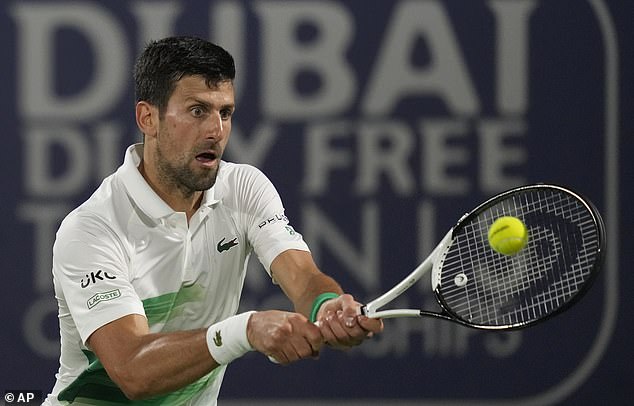 Novak Djokovic was given a jolting reality check about how difficult life might be for him as an unvaccinated player when his comeback was abruptly terminated.

The first thing to go after his shock 6-4 7-6 defeat to World No 123 Jiri Vesely on Thursday night was his grip on the World No 1 spot.

Daniil Medvedev, playing in Mexico, is now mathematically guaranteed to ascend to the position next week in a watershed moment for the men’s game. 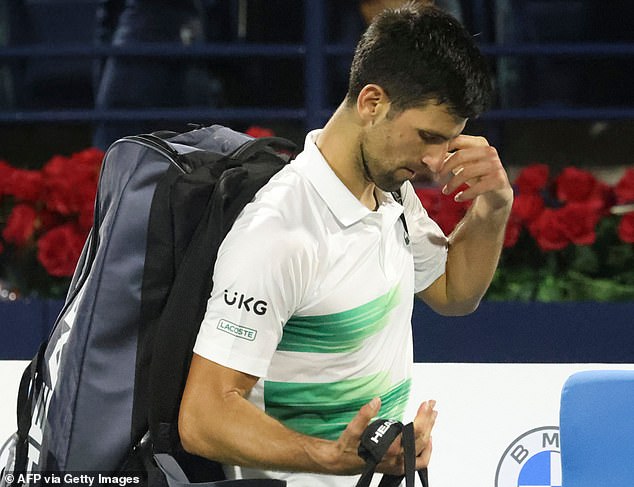 Ending an astonishing period of domination, it will be the first time since 2004 that someone not called Djokovic, Nadal, Federer or Murray will hold the prestigious ranking.

The loss in Dubai after close to a three-month absence from the court is not in itself a severe problem for the 34 year-old Serbian. However, it serves as a reminder that even he needs a proper flow of matches to maintain high standards – a lateral flow, one might say.

It could be problematic, as he presently has no idea where he will play next, or where he will be allowed to in his unvaxxed state. It appears certain not to be in America next month at either Indian Wells or Miami, and not until April at the earliest. 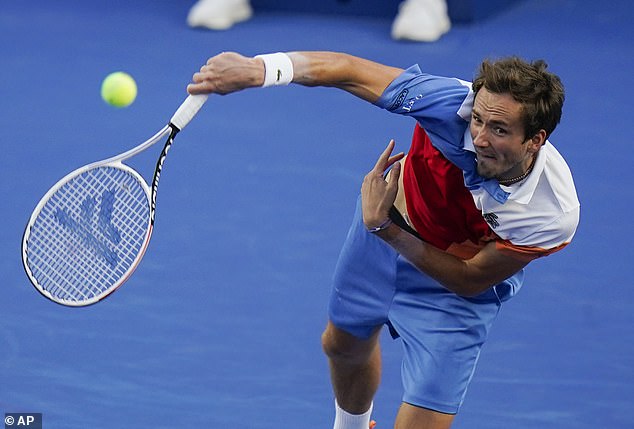 While congratulating US Open champion Medvedev he conceded: ‘The more matches I play, the more comfortable I get. I need the match play.

‘I’ll have to follow the situation, see how it goes. Wherever I get an opportunity to play, I will. I expected myself to play on a higher level, I can do better.’

Against the Czech Republic’s Vesely, a bulky and awkward left-hander with a skiddy serve, he was well below the levels seen in the previous two rounds. 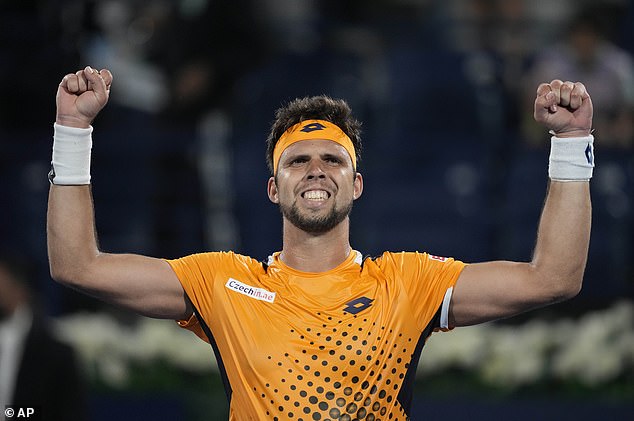 Even when his opponent became nervous – he faltered when serving at 5-4 in the second set – Djokovic was unable to take advantage. A telltale sign came at 3-4 in the tiebreak when he looked to be recovering from a 0-3 deficit.

The world’s best player double faulted to hand the momentum back, a highly uncharacteristic error. The crowd was febrile, and one compensation for him this week has been the warmth of the reception from the stands.

Another by-product of Djokovic’s lack of playing opportunities will be the difficulty he has in regaining number one. But then it is all, as he has been emphasising, his personal choice. 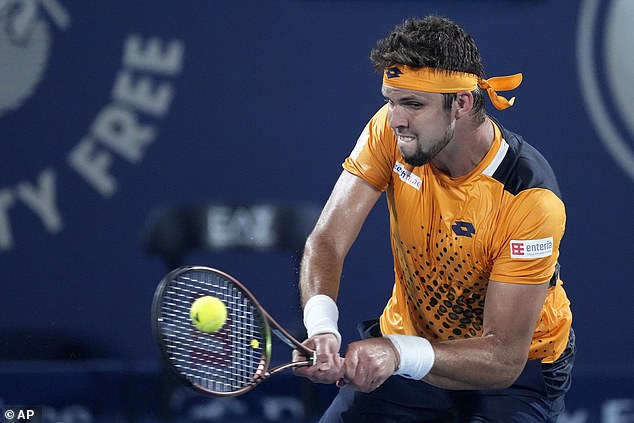 Vesely afterwards did the usual signing of the TV camera, scrawling ‘Ukraine’ on the lens.

While tennis has relatively few events in Russia – and the women completed their tournament in St. Petersburg earlier this month – the ATP Tour moved quickly yesterday by cancelling a Challenger level event that was due to take place in Moscow next week.

The WTA Tour has yet to confirm its post US Open schedule (mainly due to issues involving China) which includes the well-established Kremlin Cup in the Russian capital.