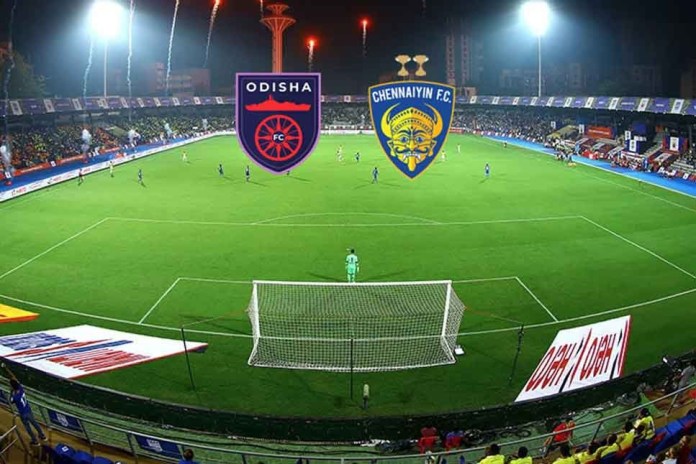 OFC vs CFC: With their hopes for a playoffs berth hanging by a thread, it will be a virtual do-or-die affair for Chennaiyin FC and FC Odisha FC when they meet in a crunch Indian Super League encounter at the Tilak Maidan Stadium on Wednesday. Follow all the ISL 2021-22 LIVE Updates only on InsideSport.IN

Odisha are placed seventh in the points table, having 21 in their bag from 16 games. Chennaiyin are a rung below them at eighth place with 19 points from 16 matches. A playoffs spot is an uphill task for both teams with only four games remaining but anything short of a win on Wednesday will make this virtually impossible.

Odisha were drubbed 1-4 by Mumbai City FC in their last outing while Chennaiyin suffered their heaviest defeat to FC Goa which resulted in them parting ways with their head coach Bozidar Bandovic. Assistant coach Sabir Pasha will be in charge on Wednesday. Chennaiyin are winless in the last four matches, failing to score a single goal in three of their last four outings.

“We have to be sensible at this point of time. It’s a challenge and we have to mould it accordingly. That is a challenge for me as well as a coach. We need to get the best out of the players. Once we can do that, we will be a strong side,” said Pasha ahead of the game.

“My first task will be to get the team together and get the best out of them,” he added.

For Odisha, a win will take them in touching distance with the top four and head coach Kino Garcia said the heavy loss to Mumbai is now behind them and all their focus is on the Chennaiyin game.

“We have focused on recovery as we play two games in a short period.” Asked about Odisha’s struggling backline, he added: “It’s not just the defence but the whole team. When we concede a goal it’s the whole team who is accountable. We need to improve some aspects. We are in the way of improving and we are working hard.

“It’s going to be a difficult game for both. Both teams are coming off big losses. Both will go for a win and it will be a good game.”

ISL Season 8: We should have been better in set piece situations, says SC East Bengal’s Mario Rivera after defeat against Kerala Blasters

If he scores in the upcoming match, he will break Odisha’s goal scoring record and the goal streaking streak record this season held by Bartholomew Ogbeche. The Nigerian scored in 4 consecutive matches for Hyderabad earlier in the season.

When Jerry Mawihmingthanga takes the pitch against Chennaiyin, he will become the first-ever player to reach 50 Hero ISL appearances for Odisha FC. No other player has played in more than 40 games for Odisha. The last time the two teams met, Chennaiyin edged past Odisha 2-1.

Both the teams have clashed with each other a total of five times ever since Delhi Dynamos were rechristened as Odisha FC in 2019. Out of the five clashes in the Indian Super League, Chennaiyin FC have won twice whereas Odisha FC have secured a single victory to date. The other three fixtures have ended in stalemates.

The first leg of this fixture from this season ended in a 2-1 win for the Marina Machans.