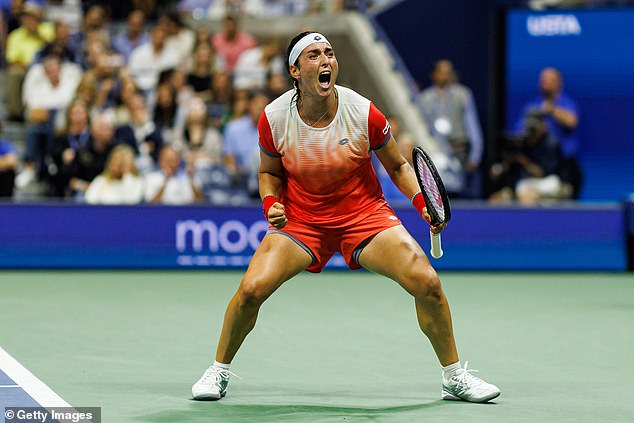 Ons Jabeur executed a stunning 6-1, 6-3 demolition of Caroline Garcia in the U.S. Open semi-finals on Thursday, ending the Frenchwoman’s hot streak to reach her second Grand Slam final in a row.

Jabeur wrested the momentum immediately, breaking Garcia in the first game before taking the first set in a blistering 23 minutes, with six aces and 11 winners, and will next face either top seed Iga Swiatek or Aryna Sabalenka.

Garcia upped her level in the second set but was without the most reliable tool in her arsenal – her big serve – and struggled on the return, failing to set up a single break point opportunity. 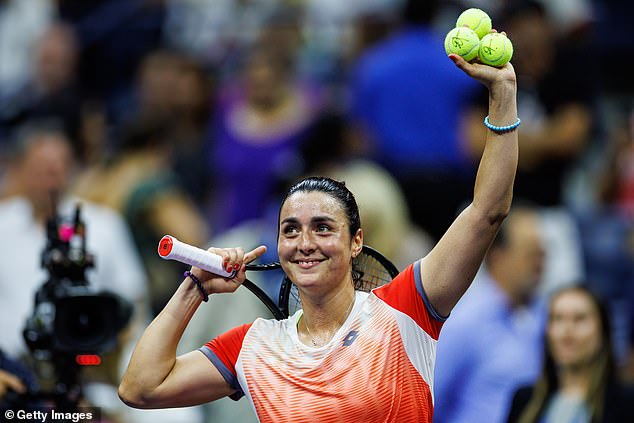 Jabeur, who became the first Arab woman to reach a Grand Slam final at Wimbledon this year and is known as Tunisia’s ‘Minister of Happiness’, shouted with joy after she sent an unreturnable serve over the net for the win.

‘In the second set I was trying, she was playing much better but I’m really glad she didn’t break me at the end because it was going to be tough,’ she said after the match.

Jabeur had a rocky run-up to the year’s final major, exiting early from San Jose and retiring in her Toronto opener with abdominal pain, but was all smiles on Arthur Ashe, where she has emerged as a crowd favourite.

‘It feels amazing. After Wimbledon there was a lot of pressure on me and I’m really relieved that I can back up my results,’ said Jabeur, the first North African woman to reach the final in New York.

‘The hard court season started a little bit bad but now I’m very happy that I made it to the finals here.’ 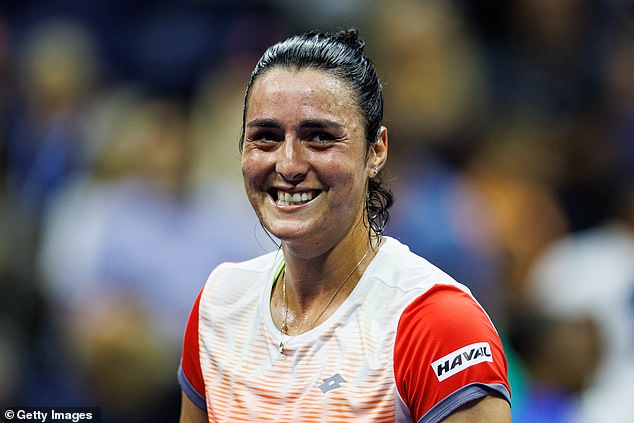 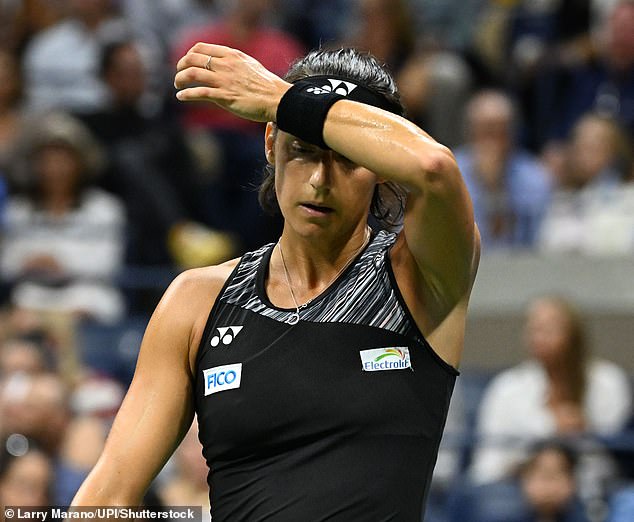