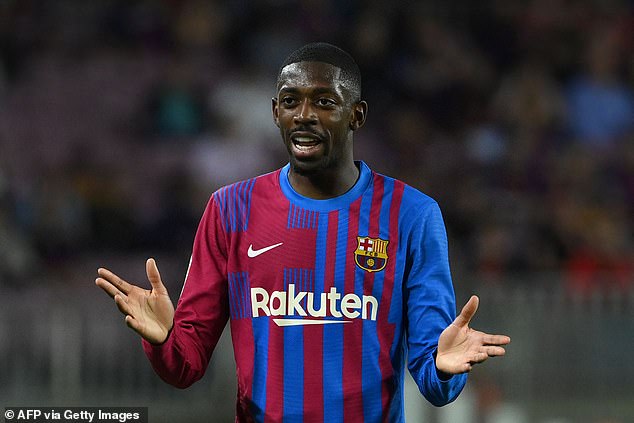 Ousmane Dembele ‘has made staying at Barcelona his PRIORITY and is set to speak to the club next week to make a FINAL decision on his future’… with Chelsea, PSG and Bayern Munich all monitoring the winger’s situation

Barcelona winger Ousmane Dembele is set to hold a meeting with the club next week to make a final decision on his future, according to reports.

His contract is due to expire at the end of June, with time running out for him to extend his deal.

However, alongside his agent, he is expected to speak to Barcelona in the coming days to make a counter proposal to the offer that he has received from the Catalan giants, as reported by Sport. 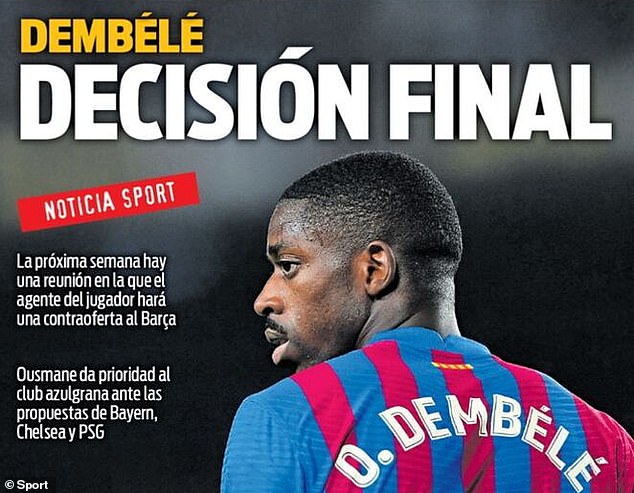 It is understood that Dembele’s preference is to stay at Barcelona, despite not being content with their latest offer.

He does have a number of admirers across Europe as well, and club president Joan Laporta recently admitted that the forward is ‘tempted’ by offers from rival teams.

Bayern Munich, PSG and Chelsea are all believed to be interested in the 25-year-old, if he does choose to leave the Nou Camp.

Dembele’s time at Barcelona looked to be up at the start of the year after he missed the opening three months of the campaign with knee and hamstring injuries, and then refused to sign a new contract. 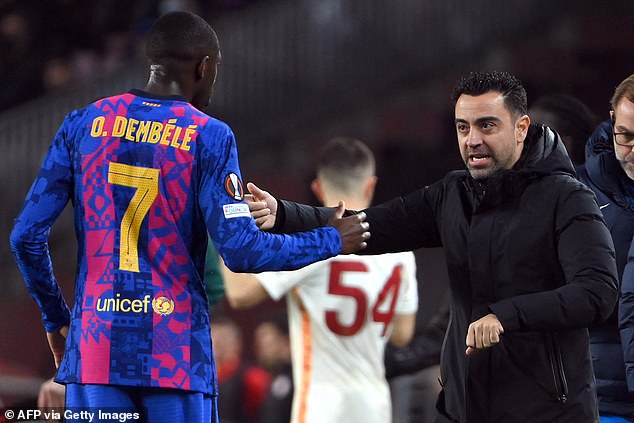 Dembele has thrived under Xavi in recent months, and could now stay at Barcelona

Barcelona tried to offload him in the January transfer window, but were unable to do so.

He has turned his form around in recent months, though, and has registered 13 assists in LaLiga to help the team move up to second place in the table.

Barcelona manager Xavi has praised the player’s professionalism, with his future at the club still hanging in the balance.

Dembele must now decide whether to continue at Barcelona, or seek a fresh challenge elsewhere, and his final call on his contract situation appears to be edging nearer.