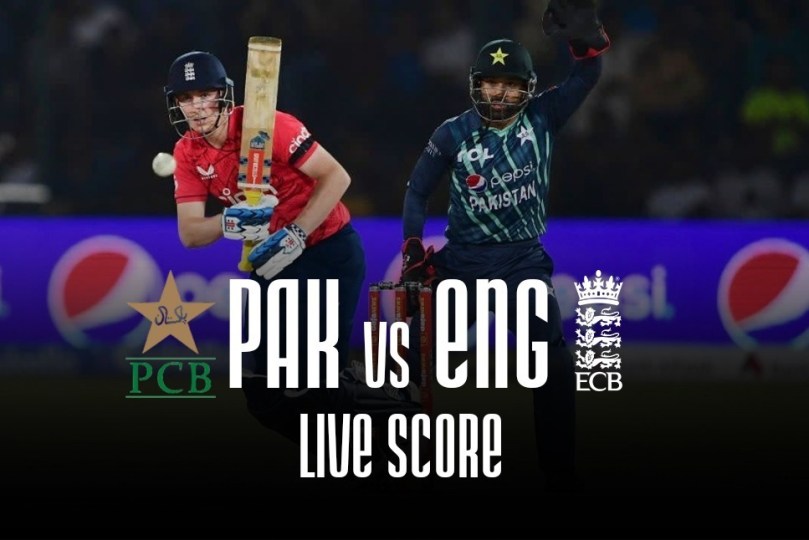 PAK vs ENG LIVE: Pakistan vs England LIVE – Pakistan will square off against England in the fourth fixture of the seven-match…

PAK vs ENG LIVE: Pakistan vs England LIVE – Pakistan will square off against England in the fourth fixture of the seven-match T20I series on Sunday, September 25. In the third T20I, the Moeen Ali-led team beat the hosts by 63 runs and put on a dominant effort. They are currently up 2-1 in the series. England will want to win the fourth game as well in order to round off the Karachi Leg of the T20 series successfully. Follow PAK vs ENG T20 LIVE updates with InsideSport.IN

Harry Brook may already have done enough in Pakistan to have “nailed on” his place in England’s Twenty20 World Cup XI, said former captain Nasser Hussain. The 23-year-old Brook arrived in Karachi with just four caps. But the Yorkshire batsman has been in superb form during the opening matches of a T20 series against Pakistan, scoring 154 runs in three innings at a blistering strike-rate of 194.93.

That tally includes a match-winning 81 not out in a 63-run win on Friday that gave England a 2-1 lead in the seven-match contest. Brook faced just 35 balls while displaying a wide array of strokes from lofted drives over the covers to unorthodox ramps over his shoulder.

“Going into this series, you were thinking, ‘How do we get Brook into the World Cup starting XI?’ I can’t see how you can leave him out now, I really can’t,” Hussain told Sky Sports ahead of next month’s global showpiece in Australia.

“For me he’s absolutely nailed on in the number-five spot for the first game in that World Cup. He’s going to be a superstar in all formats,” the former England batsman added. There’s no area where you’re safe. Batting at five is not an easy position… but every time he’s come in at five he’s been prolific.”

England stand-in captain Moeen Ali, leading the tourists in place of the injured Jos Buttler, was equally enthusiastic about the team’s rising star. “Brooky is showing how special a player he can be. He looks an amazing player and hopefully he grows and becomes one of those top, top players,” he said.

The Pakistan vs England 4th T20I will be broadcast on the Sony Sports Network. The match will be available for streaming on SonyLIV app and website.