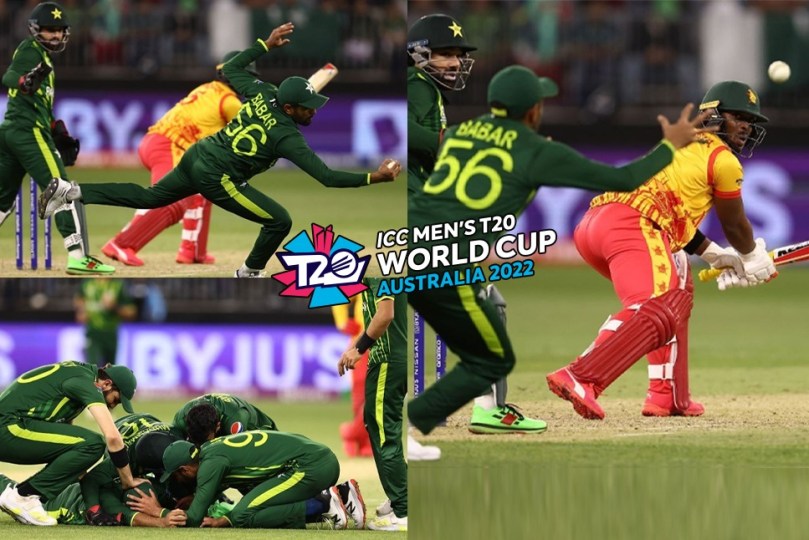 PAK vs ZIM LIVE: At the slip during Pakistan vs Zimbabwe ICC T20 World Cup 2022 match at the Optus Stadium in…

PAK vs ZIM LIVE: At the slip during Pakistan vs Zimbabwe ICC T20 World Cup 2022 match at the Optus Stadium in Perth on Thursday, Babar Azam took an incredible one-handed catch. Pakistan captain Babar grabbed the stunning catch at slip to oust Regis Chakabva while diving to his right. Follow PAK ZIM LIVE and ICC T20 WC 2022 with InsideSport.IN 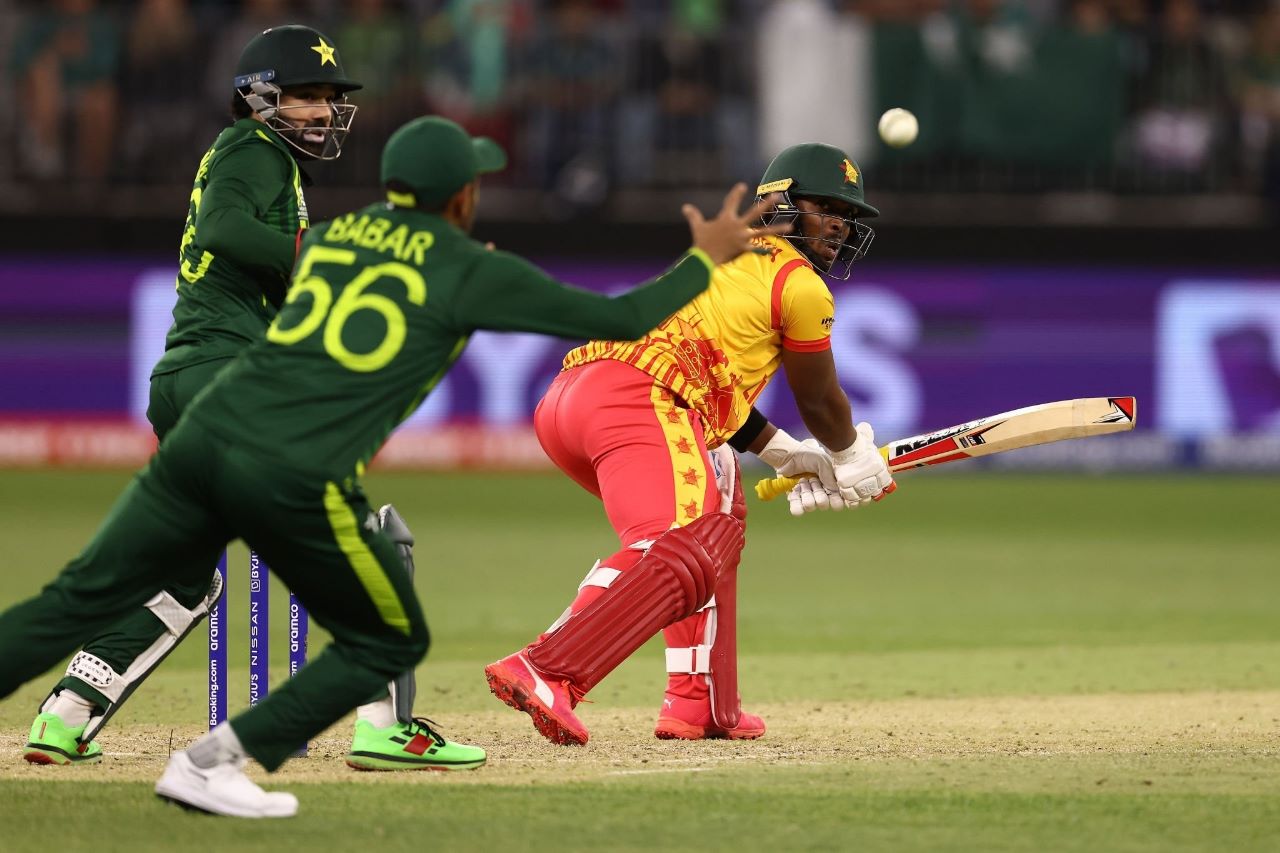 Zimbabwe won the toss and opted to bat first against Pakistan in Perth in the Super 12 clash on Thursday.

Pakistan made a strong recovery after limiting Zimbabwe to a really subpar score of 130. Zimbabwe had a strong start with the openers contributing 42 runs, but the bowling team dramatically turned things around after that.

Things turned south pretty quickly soon when Shadab sent back Williams and Regis Chakabva off successive deliveries, the latter dismissed off a spectacular grab at first slip by Babar Azam.

Regis Chakabva was removed from the game by Pakistani captain Babar Azam, who took a brilliant catch at slip off Shadab Khan’s bowling. Babar, who was standing at single slip, dove to his right to pull the ball out of thin air with one hand after the ball took the outside edge of the right-handed batter.

Shadab completed a brilliant spell of 4-0-23-3 but there was more in store for Zimbabwe from the other end. In the very next over after losing two wickets off back-to-back balls to Shadab, Zimbabwe lost a further two as Mohammad Wasim dismissed Raza and Luke Jongwe off successive balls.

What seemed to be a strong start at 95/3 swiftly changed to 95/7 in Perth as Pakistan’s bowlers went on a rampage. With a little assistance from Bradley Evans down the order, Zimbabwe eventually put up 130/8 on the board.