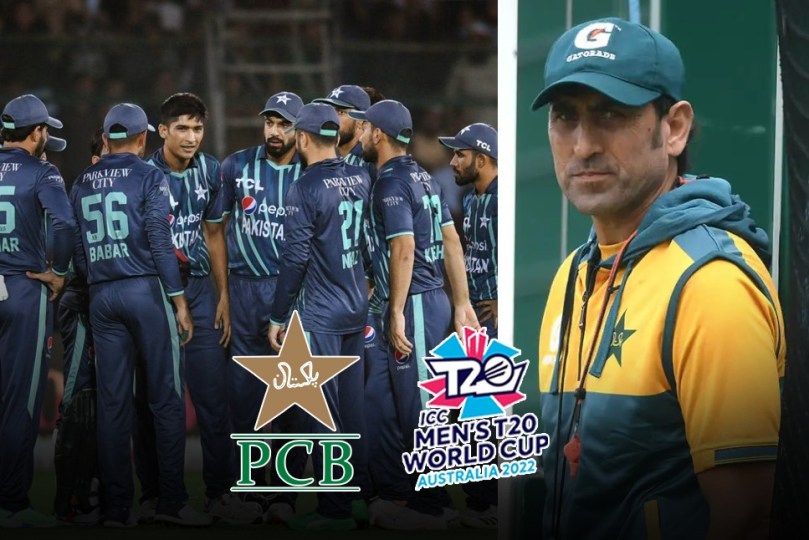 Pakistan T20 WC Squad: Pakistan legend Younis Khan has warned Pakistan Cricket Board (PCB) to not embarrass themselves with squad changes. With…

Pakistan T20 WC Squad: Pakistan legend Younis Khan has warned Pakistan Cricket Board (PCB) to not embarrass themselves with squad changes. With the Pakistan middle-order continuing to under-perform, many experts believe changes in the squad of the ICC T20 World Cup are imminent. Questions currently are being raised on the selection of Khushdil Shah and Asif Ali in the playing XI as the willows of both batters have been mostly silent in the ongoing seven-match T20 series against England. Follow InsideSport.IN for LIVE updates about ICC T20 WC and PAK vs ENG T20 series

Khushdil Shah and Asif Ali’s lack of innings building is one of the key reasons for Pakistan’s middle-order failures. And many experts including former Pakistan captain Mohammad Hafeez have slammed national selectors for ignoring star player Shoaib Malik for the upcoming T20 World Cup in Australia. In absence of veteran Malik, all the burden of middle-order have fallen onto the shoulders of Shah and Ali.

Notably, last week Pakistan’s chief selector Mohammad Wasim said that an option is available to bring in some changes in the squad if needed. Wasim on Wednesday also added that PCB has no plan to change the T20 World Cup squad but an option for a reshuffle is always there as Babar Azam and co continue to suffer with familiar woes.

However, former Pakistan batting coach and player Younis Khan have now come in support of the squad. He said that the PCB doesn’t need to embarrass themselves by changing the squad. Younis further added that the selected players are the best bunch and team management should utilise these very players.

“There is always this hue and cry that the team needs changing. We tried this last time. Now, I think they should not embarrass themselves, all of a sudden changing the team. Our coaches, captain and PCB have to utilise these very players. These are the only players you have, there won’t be any coming in from anywhere else, and this is the best bunch,” he said, while speaking to the media in Karachi as per Geo TV.

The 15-player World Cup squad for Pakistan was named last week. The top-order batter Shan Masood was included in the side for the shortest format for the first-time along with fast bowlers Mohammad Wasim Junior and Shaheen Shah Afridi. While the three travelling reserves are Fakhar Zaman, Mohammad Haris, and Shahnawaz Dahani.

Wasim Junior was added to the team after fully recovering from the side strain that he sustained during the ACC T20 Asia Cup. But Shaheen, who is in London receiving treatment for a knee ailment and will likely start bowling again early next month, will join the team in Brisbane on October 15.

Notably changes can be made to the squad till 15 October, without needing the Event Technical Committee’s approval.