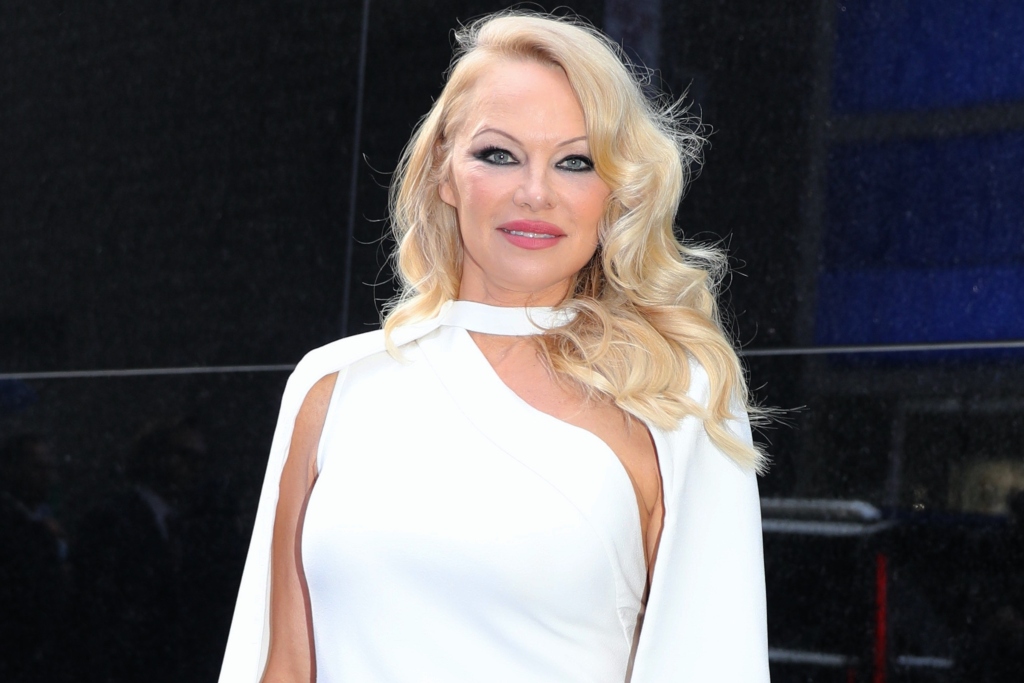 Pamela Anderson is making a comeback after a hiatus from the spotlight.

The former “Baywatch” star appeared on “Good Morning America” today in New York to chat about her latest gig, which sees her heading to Broadway. Anderson will be taking on the titular role of Roxie Hart in the musical “Chicago.” She’s slated to do an eight-week stint of the iconic play, starting on April 12 and running through June 5 at the Ambassador Theatre.

For her appearance this morning, the 54-year-old actress and “Playboy” cover girl chose an elegant white dress featuring a chic cape design and a daring thigh-high slit. She paired the look with trendy clear heels, reaching for peep-toe PVC pumps that showed off her red pedicure. The shoes also incorporated a pointed toe and a nude back.

In her interview, she shared with the show’s hosts: “I feel like it’s time. I need a challenge. I needed to do something. I needed this. I’ve been kind of gone for a while, you know, and I’m back.”

“It’s time. I need a challenge. I needed this” — @pamelaanderson on why she decided now was the perfect time to make her Broadway debut as Roxie Hart in @ChicagoMusical!https://t.co/kWY5S6eOU4 pic.twitter.com/I89T4RSBt3

Scroll through to check out some of Anderson’s most style through the years.

Shop the clear shoe trend below.