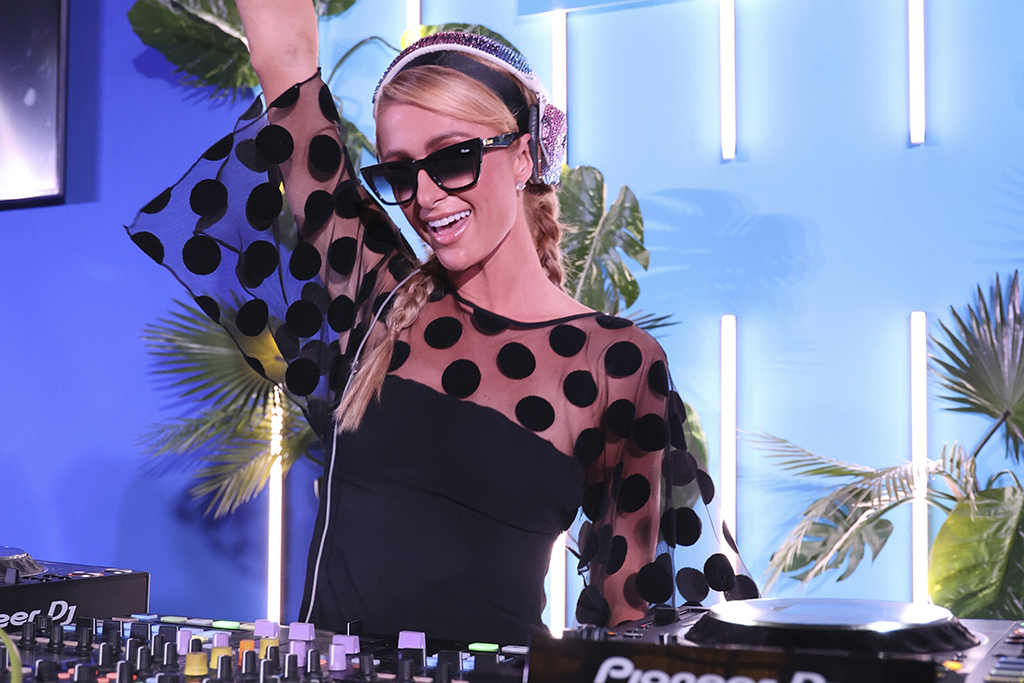 The businesswoman performed a musical set for an exclusive party hosted by Hilton and McLaren Racing at the Hilton Bentley Miami/South Beach in Florida. For the occasion, Hilton performed in an elegant black minidress. Featuring flared sheer short sleeves, the piece was given a formal air from black paneling in a “strapless” silhouette covering the dress were wide black polka dots for a whimsical touch. Hilton gave the piece her signature bold glamour with sheer black crystal-embellished fingerless gloves and cat-eye Quay sunglasses.

“So much fun DJ-ing for everyone!” Hilton included in her caption of a group photo on Instagram, posing with F1 drivers Daniel Ricciardo and Lando Norris at the event, along with Venus Williams.

A set of sparkly pink headphones completed her DJ look for the McLaren-sponsored event. She also grounded her look in a set of black leather ankle boots by Christian Louboutin, featuring a reptilian texture and 3-4-inch block heels.

Hilton also took a moment to snap photos with friends and fans at the event, including Williams — who even joined her behind the DJ booth for the occasion.

Discover Hilton’s iconic style over the years in the gallery.