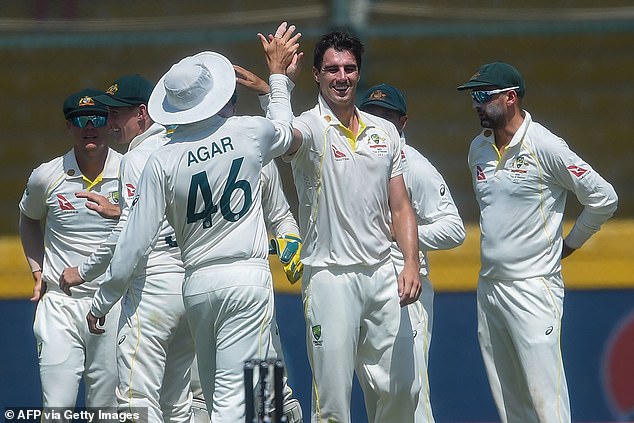 Pat Cummins insisted he wouldn’t change his tactics in Australia’s almost-Test in Karachi even with the benefit of hindsight.

The Australians almost bowled out Pakistan on the final day in the drawn second Test against Pakistan on Wednesday, falling three wickets short of victory. 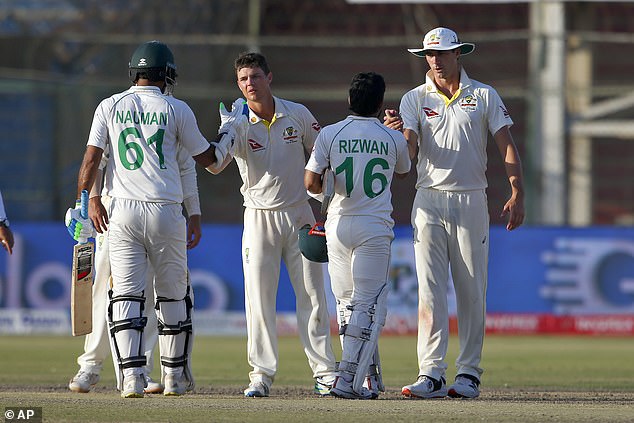 Instead, another stalemate after the bore draw in Rawalpindi sees Australia head to Lahore for the third and final Test starting on Monday with the series level.

‘Coming over here in these conditions, at the start of the series if you had said it’s going to be nil-all after two games, we would probably take that,’ Cummins said.

‘In terms of the tactics, I think overall I wouldn’t change too much, to be honest.

‘Batting into day three gave us that chance to really have a crack at them on day three – it probably went better than we expected. 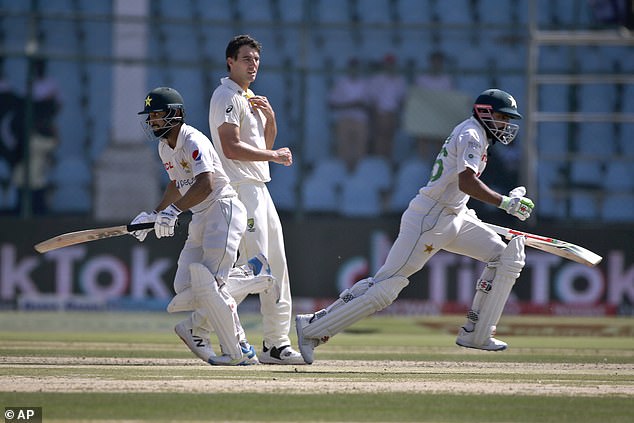 ‘But over here the wickets are pretty good. We carved up two and a half days of the best time on the wicket hoping that it was going to break up on day four and five.’

Cummins’ comment could be classed as an admission of a conservative approach to the Pakistan tour, and the Karachi Test in particular.

In his seventh Test as captain, Cummins’ decision-making in Karachi raised some eyebrows.

Australia’s first innings stretched into day three before Cummins declared at 9-566 from 189 overs.

After skittling Pakistan for 148 all out in 53 overs, Cummins opted not to enforce the follow-on. 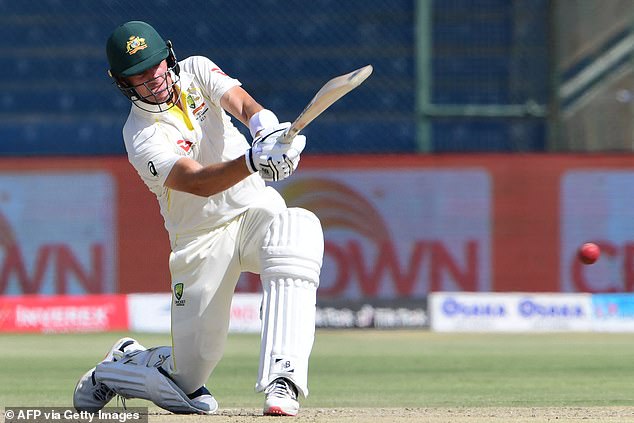 And Australia then extended their second innings some 35 minutes into day four when, overnight, they already held a 489-run lead.

Those 35 minutes could have been vital on day five as Pakistan negotiated 171.4 overs in making 7-443 to force a draw.

And Usman Khwaja put down a catch from Mohammad Rizwan’s bat with 19 balls left in the game – the hosts would have been eight wickets down with only tailenders left if he’d caught it. 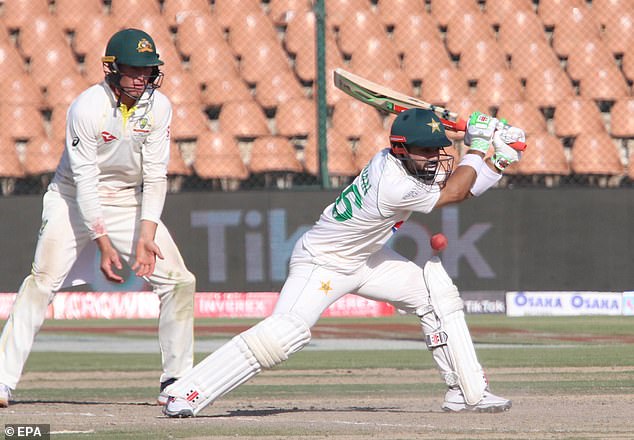 ‘If we took a couple of those catches it might have been a different scenario,’ Cummins added.

‘I thought we gave ourselves a really good opportunity in this Test match, especially after the first three innings of the game.

‘I was really proud and happy about how our team played. In foreign conditions we are showing that we are adapting quite well.

‘But, of course, getting so close and not coming out with a result can feel like it’s a missed opportunity.’