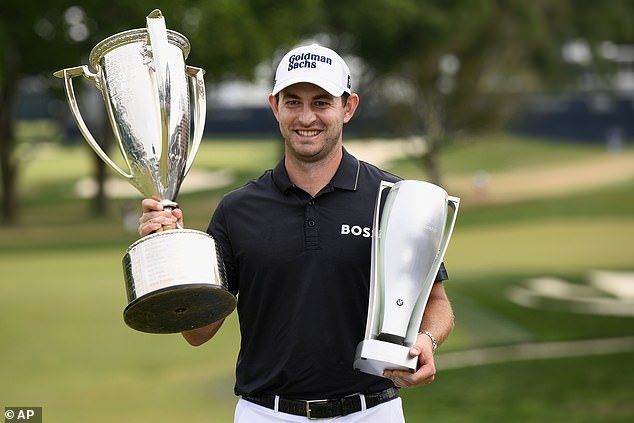 The 30-year-old made birdie at the 17th hole at Wilmington Country Club to hold on to a one-shot victory over Scott Stallings.

This year, albeit at a different course, Cantlay repeated his victory and claimed his eighth PGA Tour title and second of the season.

The win boosted him to second in the FedEx Cup standings ahead of the playoffs finale next week, where a massive $18million prize in up for grabs.

The Californian will start at eight-under heading into the Tour Championship, two shots off leader Scottie Scheffler, who finished tied third this week to reclaim the top spot from Will Zalatoris.

‘This is the only week of the year where you actually get strokes on the field, but I think I’ll be best suited if I just ignore that and just go out there and play my game and do my best,’ Scheffler said. 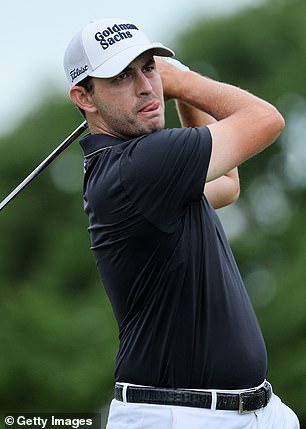 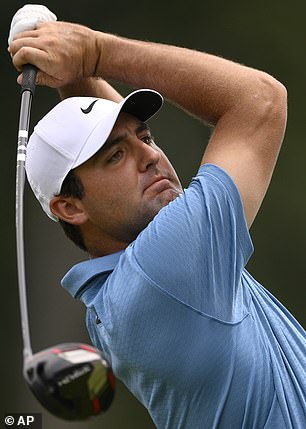 Cantlay won the FedEx Cup last year and will be looking to defend the title – a feat which no player has achieved before.

Stallings, who closed in 69, was seeking his fourth PGA Tour title and first since 2014 but missed the chance to tie with Cantlay on 18 as a nine-foot birdie putt just inched past the hole.

The 37-year-old started the week No. 47 in the standings but his second-place finished booked his spot at East Lake, where only the top 30 will compete in the Tour Championship with the FedEx Cup on the line.

‘That was my number one goal to start the year,’ Stallings said. ‘To compete with the best players in the world and make it to East Lake was better late than never, I guess.’ 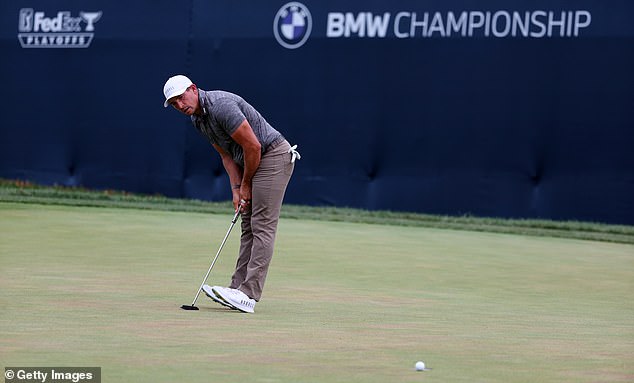