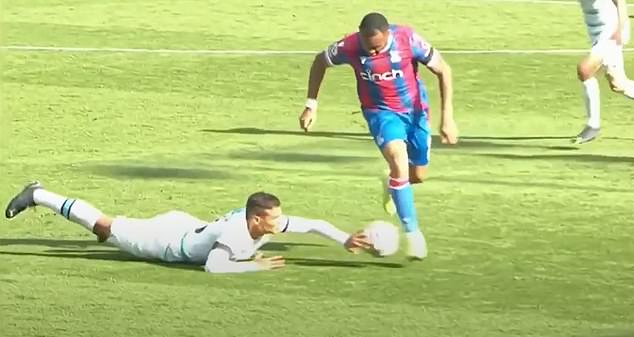 By Adrian Kajumba For The Daily Mail

Patrick Vieira believes any explanation or apology from football’s authorities after Chelsea defender Thiago Silva escaped a red card against Crystal Palace would be pointless.

Palace were furious last man Silva was only booked in the first half for a deliberate handball which prevented Jordan Ayew from going towards goal.

Referee Chris Kavanagh’s decision was backed up by VAR Stuart Attwell, who deemed that Ayew was a long way from goal and was heading away from it when he picked up the ball after dispossessing Silva.

Vieira was booked for his protests during the game and kept his true thoughts to himself after the game to avoid any further punishment.

Asked he would try and speak to the authorities about the incident Crystal Palace’s manager said: ‘It think it is too late. There is no point in making an explanation or apologising for the decision. There is no point. 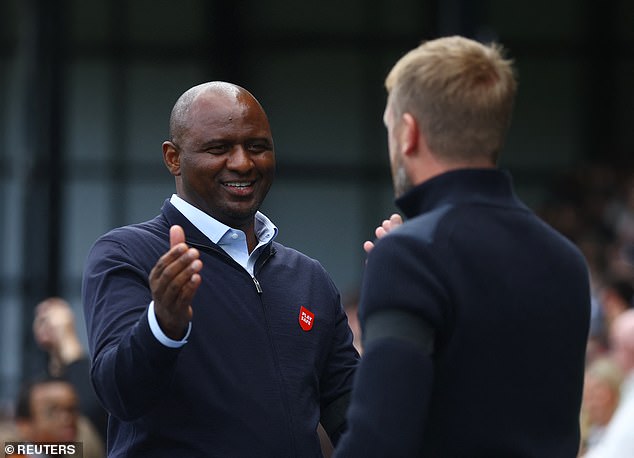 Palace chairman Steve Parish has no concerns about expressing his fury, taking to Twitter and saying: ‘Honestly what is the point of VAR we chop and change every week what it does what it thinks.

‘VAR must surely think that’s a red but not a ‘clear’ error! Even if it’s not a dogso [denial of a goalscoring opportunity] which it is he handballs it twice deliberately, one we play on so two yellows!’

Vieira added: ‘This is something that I will talk to him about.’