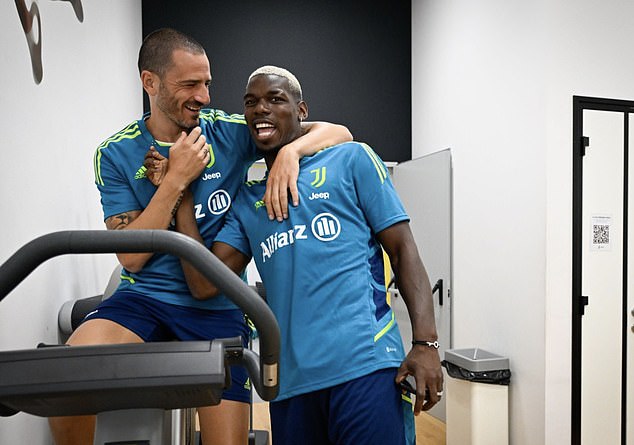 Paul Pogba was captured in a Juventus shirt for the first time in six years on Sunday, as the Frenchman posted pictures of him smiling alongside Leonardo Bonucci and Manuel Locatelli ahead of his imminent move back to Turin.

The 29-year-old, who arrived in Italy to complete his medical at the club on Saturday, is on the verge of a return to Juventus after ill-fated six-year spell at Old Trafford.

The Italian giants sold Pogba to Manchester United for £89million in 2016 and are set to reunite with the midfielder on a free transfer following the expiry of his contract in June.

Pogba, who admitted he ‘wanted to feel loved’ at his next club after the Red Devils, posted two pictures to Twitter on Sunday of him smiling and enjoying life in a Juventus jersey.

The World Cup winner accompanied the pictures with the caption ‘Amici’ – meaning ‘friends’.

Pogba was greeted with adulation upon his arrival at Juventus HQ on Saturday, as thousands of fans turned out to welcome the French star back to the club. 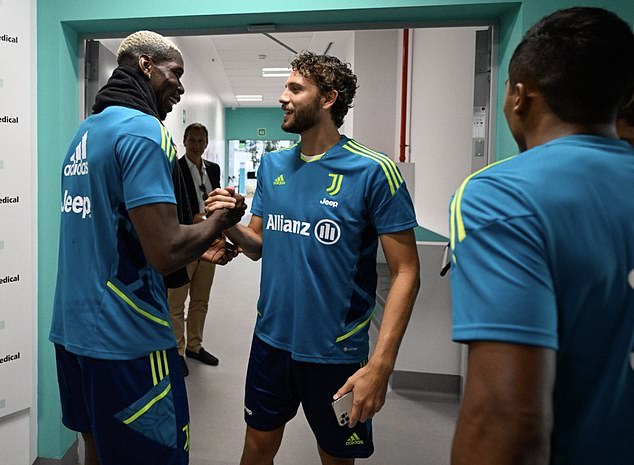 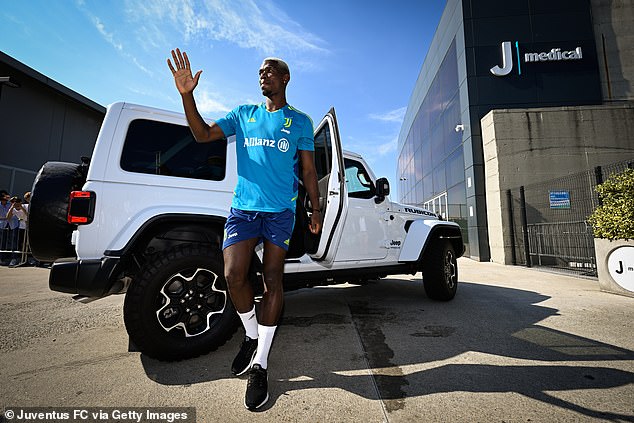 He happily signed several autographs but cheekily wagged his finger when a Man United shirt was thrust in front of him, refusing to sign it.

Pogba made just 16 Premier League starts during his final season at Old Trafford, producing one goal and nine assists as Man United finished with a club record low of 58 points.

During his last spell in Turin, he scored 34 and assisted 40 in 177 appearances.