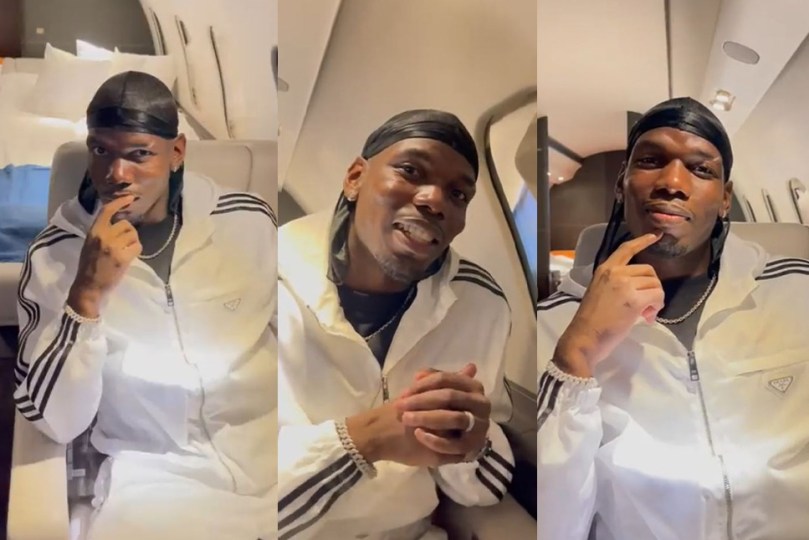 Serie A 2022/23: Paul Pogba heading to Turin before Juventus return- Paul Pogba is travelling to Turin on Friday ahead of the France midfielder’s return as a free agent to Juventus, the Serie A club where he made his name. Follow Serie A 2022/23 updates on InsideSport.IN

The 29-year-old all-but announced his comeback on Friday when he posted on social media a video filmed on the airplane taking him to Italy from Miami, in which he said “see you soon” in Italian while wearing clothes in Juve’s colours of black and white.

Italian media report that he is expected to arrive in Turin at 1600 local time (1400 GMT).

World Cup winner Pogba is set to sign a deal which will earn him a reported eight million euros ($8.12 million) a season plus a potential further two million in bonuses.

He will rejoin Juve after his contract with Manchester United expired at the end of last month, marking the end of a largely disappointing six years in England.

Dysfunctional United are further away from the top of English football than they were when he joined, having not won a Premier League title in nine years.

The 2017 Europa League and the same season’s League Cup is a poor haul for Pogba at one of the world’s biggest clubs, especially as they both came under Jose Mourinho when he said he suffered from depression.

Pogba is expected to inherit the number 10 jersey left vacant by Paulo Dybala, who could join Juve’s fiercest rivals Inter Milan after the Argentina forward was let go by the Turin giants.

Pogba had worn that jersey in his final season at Juve before joining United in 2016 for a then-world record fee of £89 million, joining a list of iconic playmakers like Roberto Baggio, Alessandro del Piero, Michele Platini and Liam Brady to wear the shirt.

He had moved to Juve from United four years previously while still a teenager and made a huge impression in a slick midfield featuring the likes of Andrea Pirlo and Arturo Vidal.

Pogba blossomed under coach Massimiliano Allegri when he replaced Antonio Conte in 2014, and drove a powerful team to the following year’s Champions league final, losing to Barcelona.

He won the Serie A title in each of his four seasons at the Old Lady of Italian football and retained affection for Juve, being linked with a return to the club on several occasions during his time at United.

Allegri will be hoping that Pogba can help Juve return to their former glories after a tricky campaign left them fourth, some 16 points behind champions AC Milan.

Juve are also set to complete the signing of Argentina winger Angel Di Maria after he was released by Paris Saint-Germain.