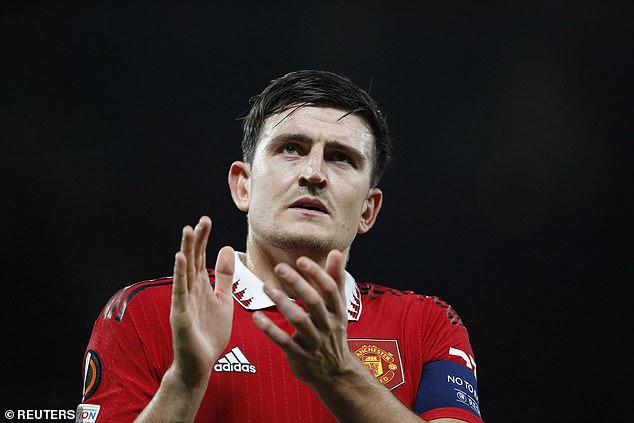 Paul Scholes and Owen Hargreaves have been quick to heap praise on Harry Maguire on his return to the Manchester United side after an injury lay-off.

The England defender was suffering with a hamstring injury sustained while on England duty but came off the bench to show brief glimpses of solidity and surety at the back for United.

The club captain replaced Lisandro Martinez – who was partnered by Victor Lindelof – at the break, and received plenty of support from the Old Trafford faithful who Scholes believes ‘realise’ the pressure the defender has been under.

‘He’s had a tough time and these fans will get behind him,’ said the former United midfielder. ‘They realise how difficult the last year to 18 months have been for him.

‘We want him to get back to the player he is, the player he can be. That wasn’t a test tonight there will be bigger tests ahead if he plays next week, plays against West Ham.

‘That will be a true test for his form so fingers crossed he gets back to the Harry Maguire we all know.’ 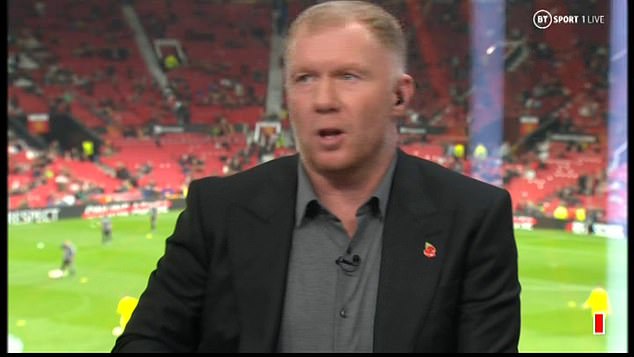 The 29-year-old’s fall from form has been nothing short of startling, going from arguably the premier centre-half in England, to a player that many believe should be nowhere near a seat on the plane to Qatar. 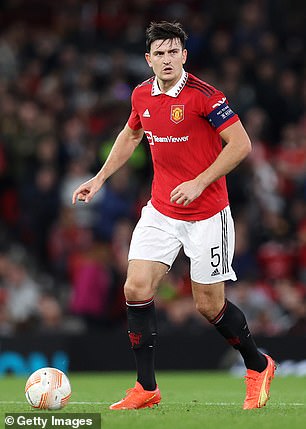 He came off the bench for Lisandro Martinez

But England boss Gareth Southgate has kept his faith in the player, and picked him consistently in his international squads, to the chagrin of many.

However a run in the United side before the World Cup could provide the former Leicester and Hull man with the platform he needs to stake a claim on a spot in a defence that is far from set in stone.

And the absence of Raphael Varane through a leg injury sustained at Chelsea last week can only help him in that venture.

And Owen Hargreaves was quick to voice his hope that Maguire can make it back into the international fold in time for the tournament – which kicks off on November 20 in Qatar.

‘Hopefully (he can get back for England),’ claimed Hargreaves. ‘These fans were brilliant. I think he will be delighted and will be keen to be fit for England.’ 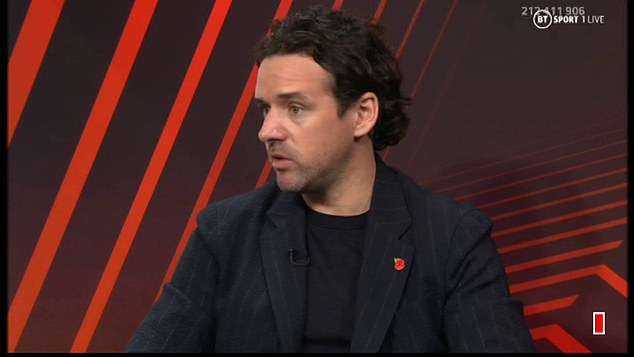