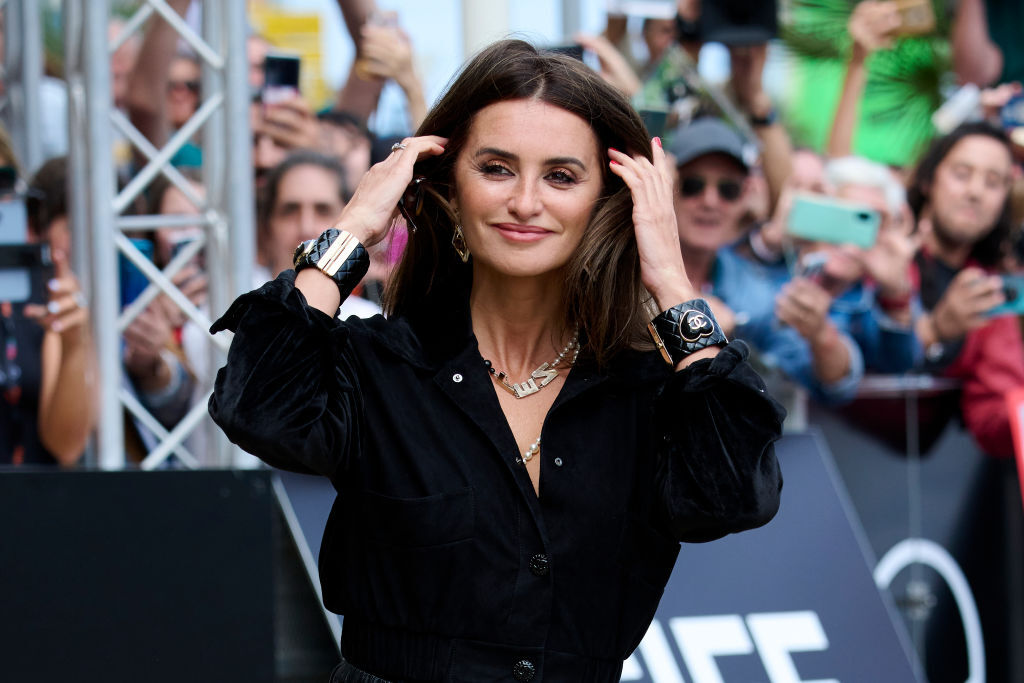 Penélope Cruz had a monochrome moment as she arrived at the Maria Cristina Hotel during the 70th San Sebastian International Film Festival on September 16.

The actress accessorized with metallic black Chanel quilted cuffs, diamond-shaped gemstone earrings, and a black white, and pearl opera necklace. She added a ruched belt with a cross buckle to the look.

Cruz kept her brown hair down in a flowy blowout and her makeup was kept minimal with a bronze eye look and a pink lip.

The actress will receive the National Film Award from the Spanish ministry of culture for her outstanding international career. She will also present her newest film ‘On the Fringe’. The actress will play Azucena in the thriller film. This will be Spanish-Argentine director Juan Diego Botto’s first time debuting a film at the film festival.