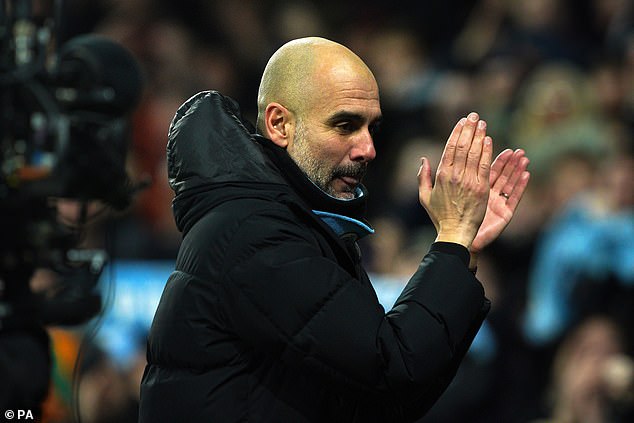 Pep Guardiola has suggested that Manchester City will swoop for a striker this summer, with Erling Haaland and Harry Kane closely linked to the champions.

The Catalan maestro turned to a system true to his tiki-taka roots after losing Sergio Aguero, with playmakers Phil Foden and Bernardo Silva regulars up-front as unorthodox forwards this season.

City welcome rivals United for the Manchester derby on Sunday and Guardiola will surely stick with his striker-less setup in an attempt to hold-off Liverpool’s charge. 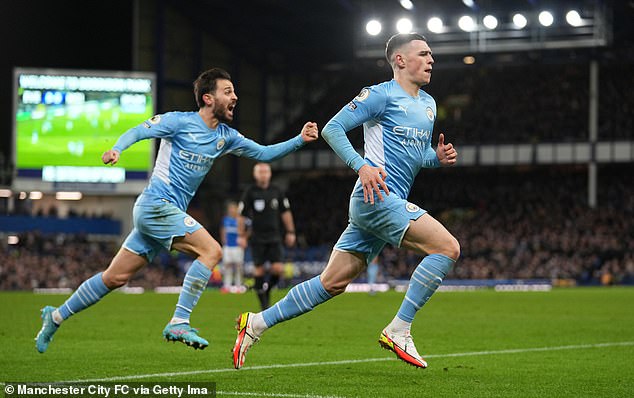 However, in one of his trademark passive-aggressive rants in front of the cameras, Guardiola suggested City will be going into the market attempting to finally replace Aguero’s goals this summer.

‘I think the club needs a striker, definitely,’ said Guardiola.

‘You say we play fantastically well without a striker because we are winning. When we are not winning, you say we need a striker.

‘(You say) “how do these guys play without a striker? In the Premier League you have to play with a striker”.

‘So, we need a striker, I think the club is going to try.’ 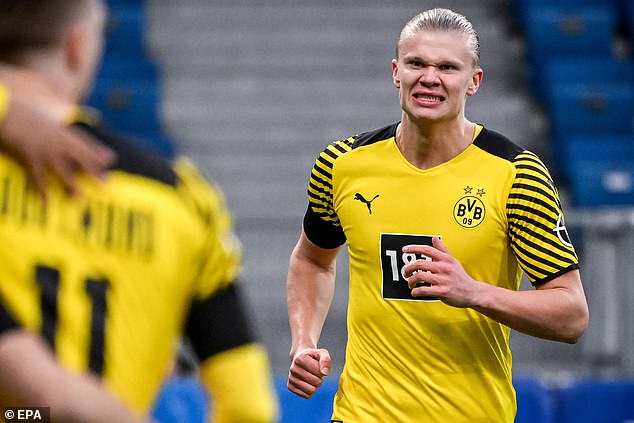 Kane and Haaland are set to be among the names dominating transfer talk once again this summer, after both were closely linked with Man City in 2021.

The reported £63million release clause in Haaland’s Borussia Dortmund contract can be activated this summer and City will doubtless be among the European elite sniffing around the Norwegian powerhouse.

Kane attempted to push through a move away from Tottenham last summer but failed, with Guardiola revealing last month that City had four bids rejected by stubborn Spurs chief Daniel Levy.

Kane’s frustration has surely grown since then after a below-par season for the Englishman, though he found his brilliant best to stun his admirers at the Etihad last month – scoring a brace in a 3-2 victory over Kevin De Bruyne and Co. 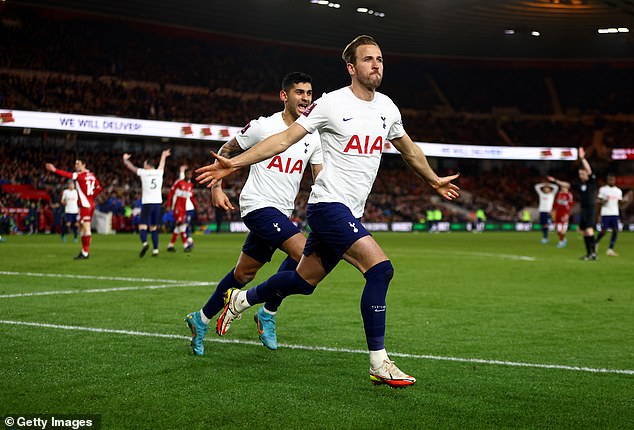 Harry Kane could also be on the market, especially if Spurs miss-out on European football