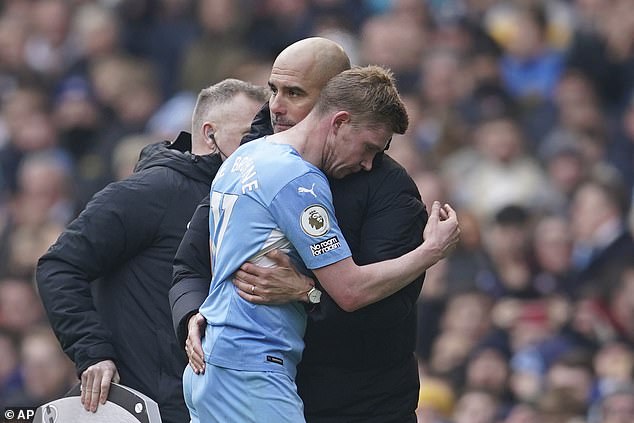 Pep Guardiola hails ‘world-class’ Kevin De Bruyne after his goal saw off Chelsea on Saturday, but insists he is still demanding ‘MORE from him’ as Man City storm clear at the top of the table

Manchester City manager Pep Guardiola heaped praise on Kevin De Bruyne but still believes there is more to come from the Belgian playmaker after his match-winning performance helped his side pick up a 1-0 victory over Chelsea on Saturday.

De Bruyne appeared to be back to somewhere near his best as he pulled the strings in the midfield at the Etihad Stadium.

He capped off his display in the second half when he eased away from N’Golo Kante before curling a stunning effort into the corner of the net.

Speaking after the game, Guardiola was delighted to see De Bruyne in full flow, yet still feels the 30-year-old can play even better.

‘It’s not easy to find that. He was Player of the Year in this country and he won with the team three Premier Leagues and a lot of prizes, and he still has this. But I want more from him because I know he can do it, and today the action that he has done, it’s a long time I couldn’t see it and I am so satisfied for him.’ 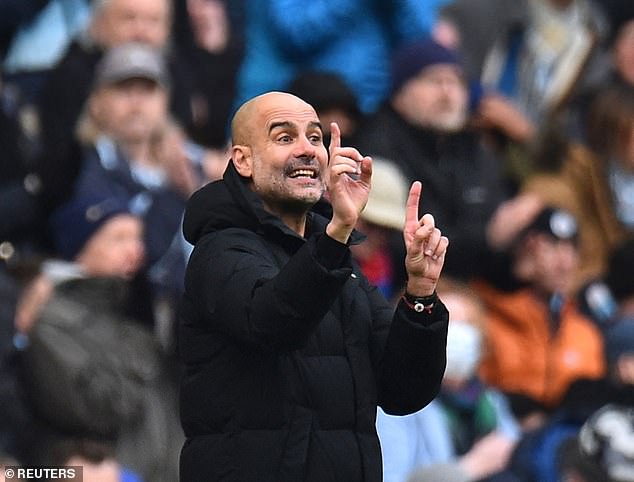 Guardiola admitted that De Bruyne’s level has dipped this season, but insists that he remains a popular member of the squad, and that it was always only a matter of time before the midfielder found his best form again.

‘He’s missed a little bit of confidence this season, he was struggling a little bit, but he knows what he can do. He’s incredibly loved by all of us for that fact,’ the Spanish coach added.

Despite Guardiola feeling that he has been off the pace at times this term, De Bruyne now has six league goals to his name.

He seems to be hitting form at just the right time, with City now opening up a 13-point lead at the top of the table, and looking firmly on course to win their fourth title in the last five seasons under Guardiola.