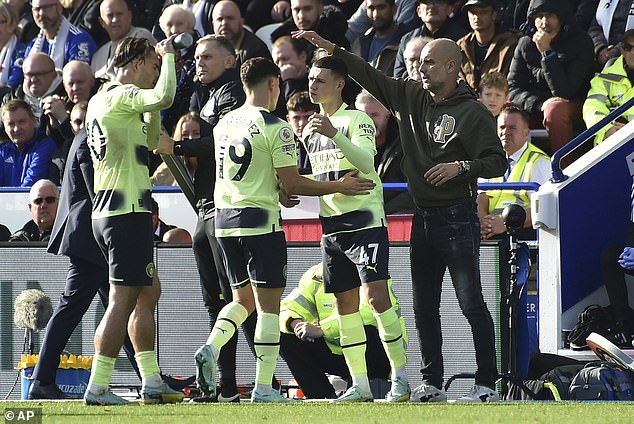 REVEALED: Pep Guardiola wanted to see if his Man City stars were still motivated before signing a new deal as the Spaniard says his family were ‘more involved than ever’ in his decision to commit until 2025

Chairman Khaldoon Al Mubarak asked Guardiola of his intentions during a visit to Abu Dhabi following the dramatic crescendo to the manager’s fourth league title on the final day.

The Catalan – who penned a two-year extension until 2025 – delayed a decision, wanting to find out whether City’s players were still responding to his methods. 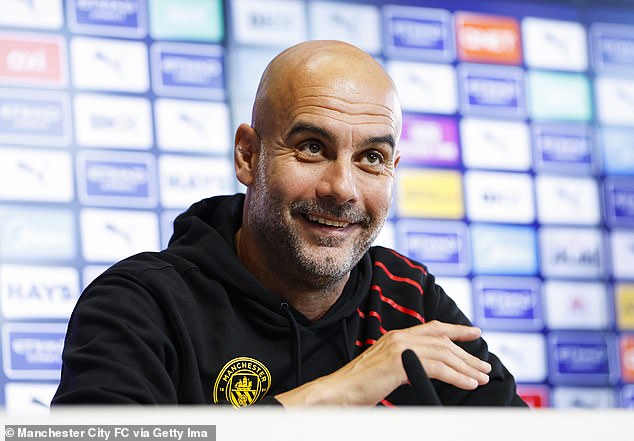 The Spaniard put pen to paper on a two-year contract extension, taking his reign to 2025

Guardiola also spoke extensively with his wife Cristina and children before committing to a deal that could take him to nine years in charge at the Etihad Stadium.

‘There is a family part,’ he said. ‘This one I involved my family more than ever because it has already been seven years. It’s important to have the feeling they support me in those decisions.

‘In terms of sporting ways, it was one second the decision. I cannot be in a better place because in these seven years we were in bad, bad moments and the organisation, starting with Khaldoon, Ferran Soriano, of course Txiki [Begiristain] and Omar [Berrada], the people close to me – how they support me in these bad moments, that is what really counts.

‘You can win once in a period at a club. When you win a lot, it is impossible to do it without the support of your hierarchy. From day one I felt something special being here.’

City backed Guardiola in the transfer market over the summer, bringing in Erling Haaland from Borussia Dortmund and Leeds United’s Kalvin Phillips in key areas. They also reversed a decision to do not more business by signing Manuel Akanji from Dortmund after injuries at centre half. 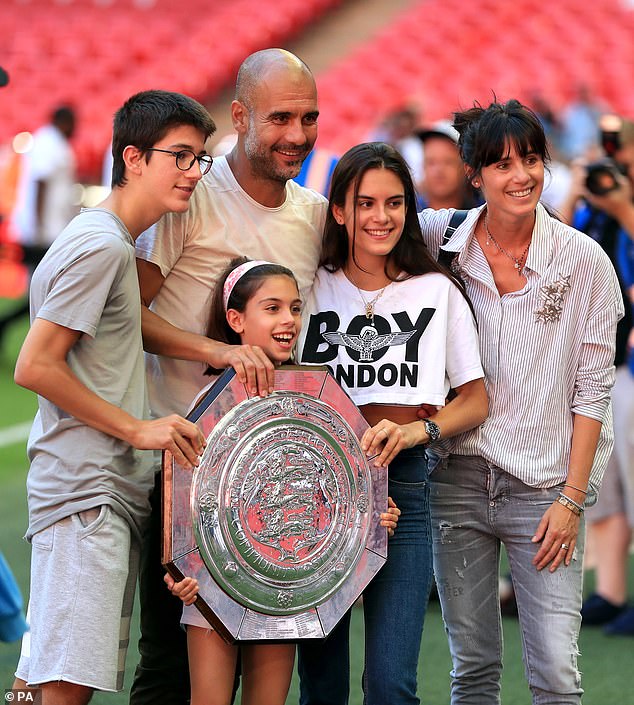 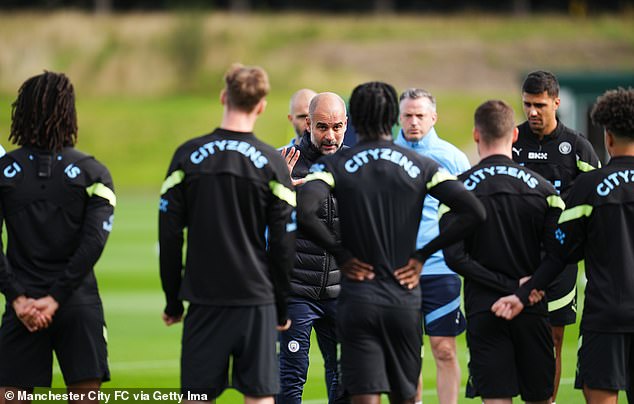 Guardiola is still hunting for an elusive Champions League title at City, which would complete a clean sweep of trophies available.

‘I have everything I need to do my job best as possible,’ Guardiola added. ‘I have the support. We discuss a lot what we can do better – we have to do better.

‘I love my job and I have everything to do it. I cannot be in a better place now. The moment I don’t feel that – for family reasons, or I have achieved everything I want to achieve, or I don’t feel comfortable with the team, or it’s not a pleasure to fight for another Premier League – when these feelings disappear, I will step aside.

‘That is normal in life. I am not eternal. Every day we are here, we are closer to the end. That is normal. But still I have this feeling there is something more to do. That is my feeling right now. And that is why we continue together.’