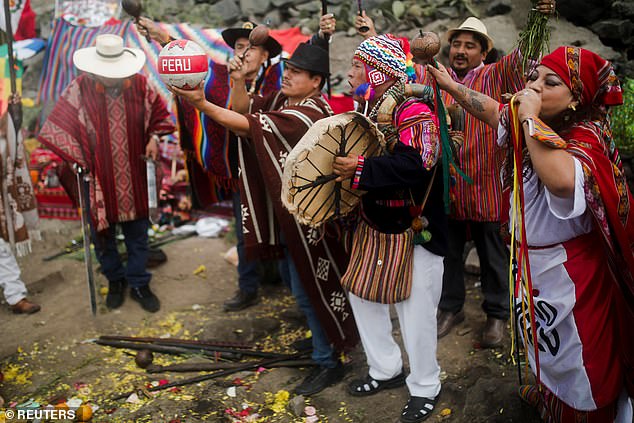 Thirteen Peruvian shamans have conducted a spiritual ceremony on the hills of Lima to bless Peru’s national side in their bid for a spot in the World Cup by poking a picture of the Socceroos with swords.

Australia’s 2-1 win over the United Arab Emirates last week has set up the Socceroos for a World Cup playoff against Peru on Tuesday at 4am AEST.

As is tradition, spirit doctors in the country’s capital performed a historical rite of passage to rob the Australian side of their skills and boost the Peruvian side’s quest for a World Cup birth.

While most of the ceremony is structured around cultural dancing and indigenous singing, the shamans also blew a native wind instrument called a pututo at a Socceroos team photo before attacking the image with swords.

‘We have carried out a Peruvian victory ceremony. We have summoned all the shamans at a national level,’ shaman Walter Alarcon told the BBC.

‘There are 13 shamans because Peru plays Australia on the 13 June, and we have foreseen Peru passing to the next round.

‘Peru will be in Qatar for the World Cup because we have seen people’s joy, after taking ayahuasca plants.’ 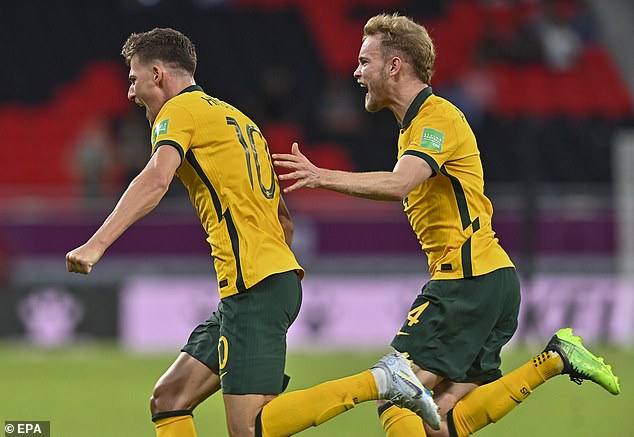 Ayahuasca is a hallucinogenic tea made from the leaves of a flowering plant that is repeatedly smashed and then boiled into a concentrated liquid.

The substance can open the drinker’s mind to a different state of consciousness, one that can heal trauma or result in out-of-body experiences.

Australia might be in trouble thanks to the ceremony, if history is any guide.

In November 2017 Peruvian witch doctors put a curse on New Zealand’s All Whites football side ahead of their World Cup playoff in Lima.

Incredible scenes outside Estadio Nacional in Lima this morning. A curse placed on the All Whites, including live snake!

Posted by The All Sports Breakfast Wellington on Tuesday, November 14, 2017

In that ceremony a shaman placed a snake on photos of the All Whites, while another spat liquids outside the stadium.

The All Whites lost the match 2-0 and Peru earned their first World Cup appearance since 1982.

Bizarrely, the Socceroos once called on a witch doctor to help them get a result, with the national side consulting a medicine man before a game in Mozambique in 1969.

Australia had drawn two of their opening fixtures abroad when they were tipped to win the games in a canter.

For their third game, the side participated in a local ceremony to curse their Zimbabwean opponents, especially goalkeeper Robin Jordan.

The pre-game witchcraft consisted of burying bones under a set of goals, with the spell working as Jordan was taken off due to a nasty collision with Ray Baartz and Australia won 3-1.

The spell backfired when the witch doctor, known as a nyunga, approached the side and asked for $1000 as payment.

The Australian players refused to pay, so he reversed the curse onto the Socceroos, with the late 24-game Aussie skipper Johnny Warren saying the team never recovered and suffered heartbreaking losses as a result, most notably the shock defeat to Iran in Melbourne in 1997. 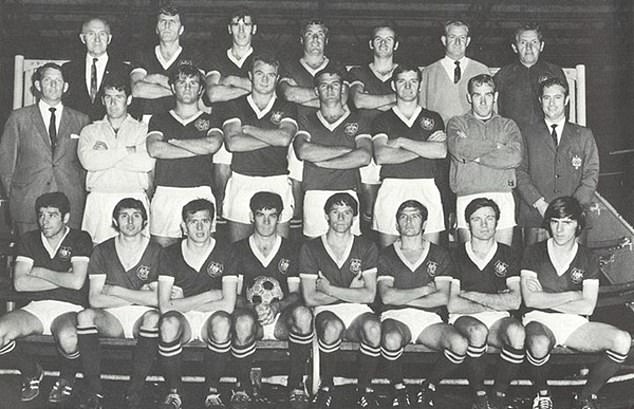 ‘When Australia played Iran at the MCG that night, which Australians will not forget, that was Australia’s game and we didn’t win it for some reason — that’s the witch doctor,’ Warren revealed.

‘Every time you see those things you think, “Ah, the curse is still there”‘.

Peru finished fifth in South American qualifying and will join France, Denmark and Tunisia in Group D of the World Cup if they are to win.

The Socceroos must win to stamp their ticket to Qatar.