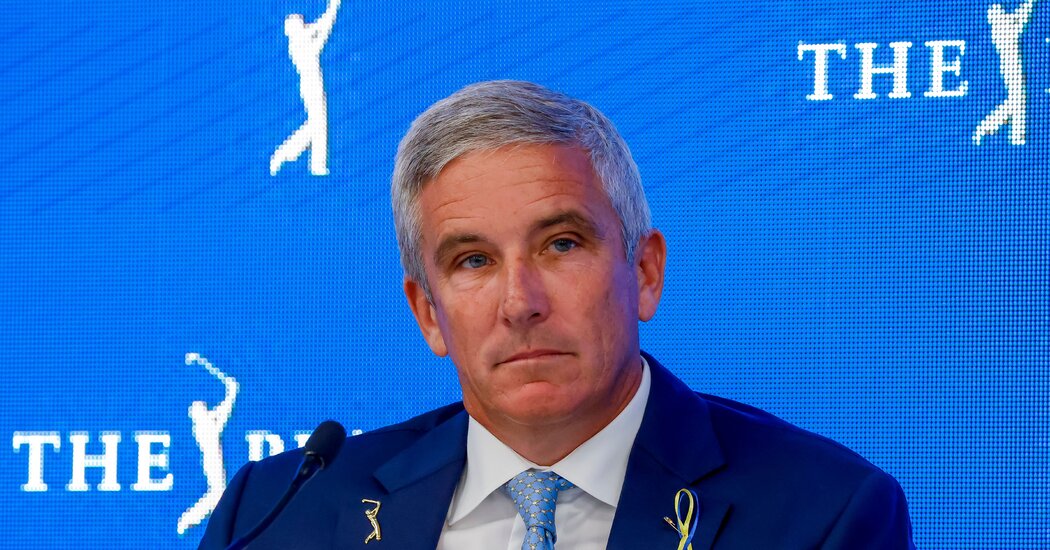 PONTE VEDRA BEACH, Fla. — In his first meeting with reporters since Phil Mickelson’s controversial remarks about offering assistance to an upstart Saudi-backed golf league, Jay Monahan, the PGA Tour commissioner, said on Tuesday that he had not talked with Mickelson but that he did not absolve him from future punishment for his comments.

With Mickelson recently announcing he was taking a break from golf — an absence that includes the Players Championship this week — Monahan was asked if Mickelson had been suspended, or if he could have entered this week’s tournament.

“He stepped away on his own accord, and he’s asked for time,” Monahan said. “He’s been given that time. We don’t comment on disciplinary matters, potential matters or actual matters. But every player is accountable for their actions out here.”

Monahan added: “The ball is in his court. I would welcome a phone call from him. But it’s hard for me to talk about the different scenarios that could play out.

“Listen, he’s a player that’s won 45 times on the PGA Tour. He’s had a Hall of Fame career. He’s won here at the Players Championship. He’s inspired a lot of people and helped grow this tour, his tour. So as difficult as it is to read some of the things that were said, ultimately a conversation will be had when he’s ready to have it, and I will be ready to have it as well.”

In an interview for an unauthorized biography to be released in May, Mickelson told a journalist, Alan Shipnuck, the book’s author, that his intentional involvement with the new league was to use it as “leverage” to increase PGA Tour players’ income. Mickelson also talked about soliciting the aid of other golfers to pay for a lawyer to assist the rival league.

In opening remarks before addressing reporters’ questions on Tuesday, Monahan indicated he had put the threat of the alternative league behind him. He also appeared to take a subtle jab at Mickelson.

“We have too much momentum and too much to accomplish to be consistently distracted by rumors of other golf leagues and their attempts to disrupt our players, our partners and most importantly our fans from enjoying the tour and the game we all love so much,” he said. Monahan added, “We are and we always will be focused on legacy, not leverage.”

Monahan was also asked about accusations by Greg Norman, who has become a face of leadership of the proposed new league, that the PGA Tour was bullying players to remain with the established circuit.

“People know me and they know how I play and how we operate and the values that we stand for, and I don’t think there’s any question that that’s not how I operate,” Monahan responded. “I haven’t had a lot of people ask me about it because people know me. I’m right here.”

Nearly all of the world’s top-ranked men’s golfers have pledged their loyalty to the PGA Tour, which has warned players that they would be prohibited from playing on the tour if they agreed to play events from the alternative league.