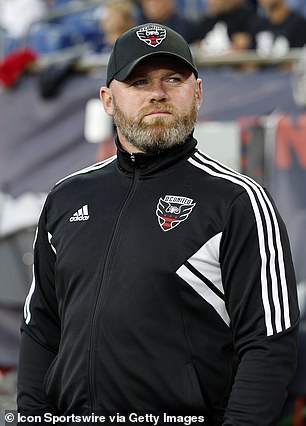 The 37-year-old Portuguese star started in last weekend’s 4-0 loss to Brentford despite making his intentions to leave the club clear earlier this summer.

Ten hag’s side will host rivals Liverpool on Monday in search of their first victory of the season and Rooney has called on Ronaldo to be left out alongside Marcus Rashford. 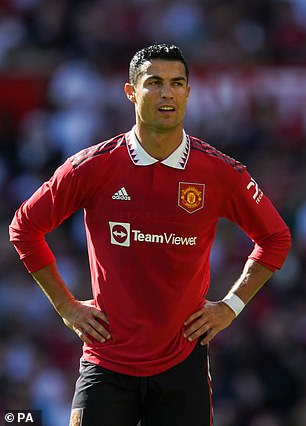 ‘If I was in Ten Hag’s position my main concern would be getting energy on the pitch, and United’s failure to recruit a No9 means they relied on Ronaldo against Brentford, even though he hadn’t trained a lot with the team. He looked like he needs time to get match fit.

‘He has also let it be known that he wants to leave the club.

‘I don’t know his reasons but, as I wrote in my last column, I’d let him — he’s a great player and will always score goals but the task for Ten Hag is to produce a team that can compete for the title in three or four years’ time. That means rebuilding with younger players.’ 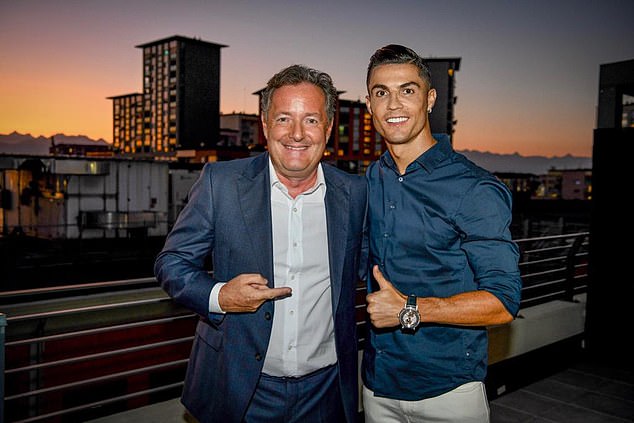 Morgan tweeted: ‘Rooney has a managerial win record of 28% and his DC United team lost 6-0 yesterday.

‘So I suggest he pipes down with the management advice and endless jealous b*tching about @cristiano whose talent, success & fitness levels all dwarf Rooney’s.’

Ronaldo told the club he wanted to leave earlier this summer and missed most of pre-season, eager to exit Old Trafford for a team in the Champions League. 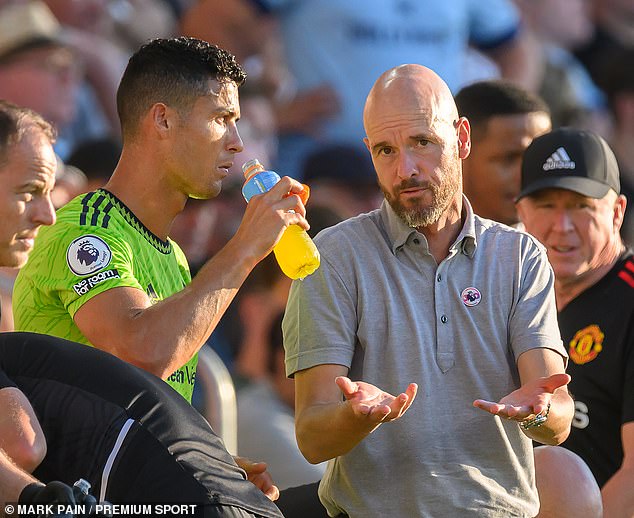 The likes of Chelsea, Bayern Munich and Atletico Madrid have all turned down the chance to sign him this summer.

It now seems increasingly likely that the forward will remain in Manchester at least in the short-term, and he returned to the United starting line-up for the game at Brentford.

A win against Liverpool will see United climb above the bottom spot, which they have been rooted to since being thrashed in west London.