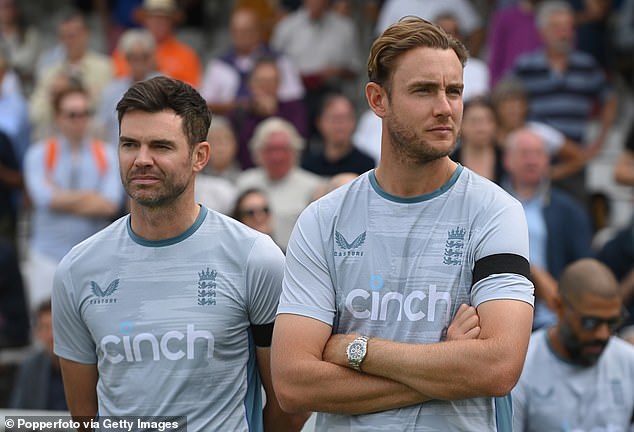 Jimmy Anderson and Stuart Broad could finish their Test careers in player-coach roles under plans to thin England’s backroom staff.

A locum bowling coach from the county game is being sought to help prepare for England’s next series here in Pakistan — a pre-tour training camp will be held in Abu Dhabi in November. But Sportsmail understands that coach Brendon McCullum’s preference in the longer term is to use the expertise of the team’s veteran seamers rather than permanently replace the outgoing Jon Lewis.

McCullum is known to want a streamlining of the support staff within the Test environment, and with Lewis returning to work within the ECB’s pathway system, it would mean a duo who have shared 997 Test wickets when playing together grooming their successors.

Such a process could be trialled on the two-Test tour of New Zealand in February, which sits outside of international cricket’s Future Tours Programme.

Without World Test Championship points on the line, the selectors may be more inclined to rotate Anderson, 40, and Broad, 36, leaving the one sat out to help oversee net practice.

Both men have drawn praise from McCullum and captain Ben Stokes for the way they have passed on their knowledge in the dressing room and on his return to the fold last month, Ollie Robinson paid tribute to their tactical input. The end of the international home summer has coincided with McCullum and his white-ball counterpart Matthew Mott choosing those that work under them. 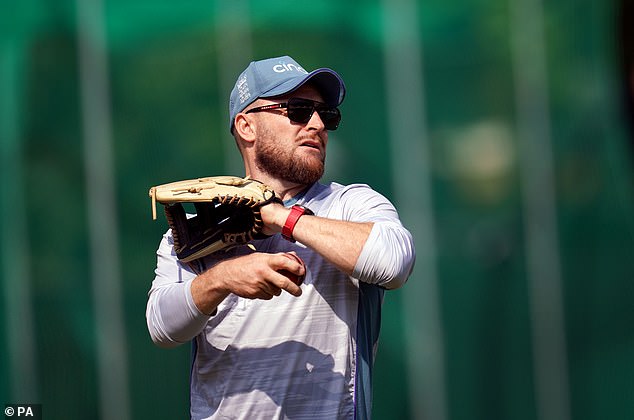 Paul Collingwood, Marcus Trescothick and Jeetan Patel appear set to continue as assistants with the Test team, while Mott has recruited David Saker and Mike Hussey for the next two months of limited-overs cricket.

Rob Key, England’s managing director, is also looking to appoint a new head of selection, with the closing date for applications for the position the end of next week.

Key is with the Twenty20 squad but will return home to finalise that appointment before the seven-match series moves to Lahore. 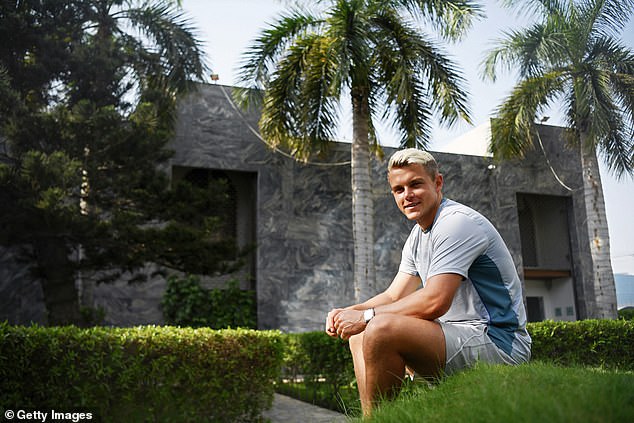 Meanwhile, Sam Curran has acknowledged that a strong Twenty20 series against Pakistan could seal his return for December’s three Tests.

The Surrey all-rounder made the last of his 24 appearances 13 months ago in the innings win over India at Headingley. However, after recovering from a stress fracture of the back that has limited his bowling since, the 24-year-old is keen to represent England as much as possible.

‘I want to play all formats if I can,’ Curran said.

‘I think if you do well in one format, you can keep that confidence going through to other formats. The biggest thing this summer was getting my body through it when I did.

‘Whenever that tour comes about, hopefully my body is in a position that allows me to bowl enough.’