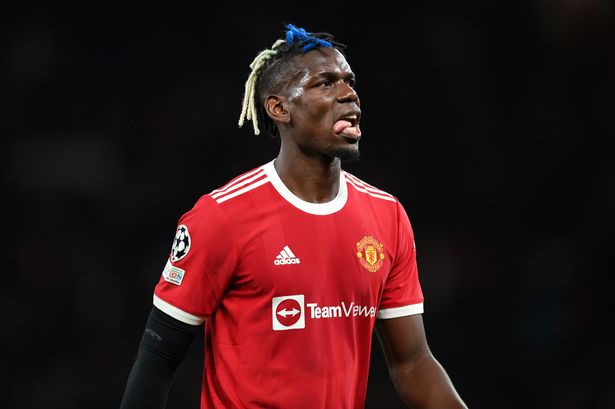 Manchester United: Paul Pogba’s home burgled – Manchester United midfielder and World Cup winner with France has confirmed that his home was broken into and burglarized during Manchester United’s clash at Old Trafford against Atletico Madrid. The French midfielder took to social media on Wednesday night to offer a reward for anybody able to come forward with information after intruders entered his home while his children were sleeping. Joao Cancelo and Victor Lindelof were the other players in Manchester who were victims of burglary and assault earlier this year. Follow InsideSport.IN for the latest sports news and updates.

Manchester United: Paul Pogba’s home was BROKEN into by Burglars during Champions League clash against Atletico Madrid last night as his TWO kids were asleep – Check out details

In a powerful statement, Pogba detailed the horror of finding out that his children had been put in danger whilst he was away, explaining that “there is no feeling worse” than not being at home to protect them.

“Last night our family’s worst nightmare was realised when our home was broken into and burglarized while our babies were sleeping in their bedroom,” Pogba wrote on Twitter.

“The burglars were in our home for less than five minutes but in that time they took from us something more valuable than anything we had in our home…our sense of safety and security.”

“This occurred during the final minutes of last night’s match when they knew that we would not be home. My wife and I rushed home not knowing if our children were dafe and unharmed. As a father there is no feeling worse in this world than not being there to protect your children and I sincerely hope that no one ever has to feel what I felt last night.”

“It is for this reason that I would like to offer a reward for anyone who has a clue to help us. Please send any info to rewardpogba!@gmail.com.”

The burglary at Pogba’s home is not an isolated incident. Manchester United teammate Victor Lindelof was targeted by burglars in January, while Manchester City defender Joao Cancelo was assaulted in the New Year as thieves attempted to break into his home.

On 31st December, 2021, Manchester City defender Joao Cancelo said he was assaulted during a robbery and posted a picture of himself on Instagram with a cut above his right eye. Joao Cancelo did not mention where the incident took place but the club later said it happened at the 27-year-old’s home.

The home of Manchester United defender Victor Lindelof was burgled while he was playing against Brentford on Wednesday night. The Swede was in west London for United’s rescheduled Premier League game against the Bees. But while that was game going on, Lindelof’s wife Maja and young family were at home as thieves attempted to break in – fortunately they were not injured after locking themselves in a room.

Manchester United: Paul Pogba’s home was BROKEN into by Burglars during Champions League clash against Atletico Madrid last night as his TWO kids were asleep – Check out details