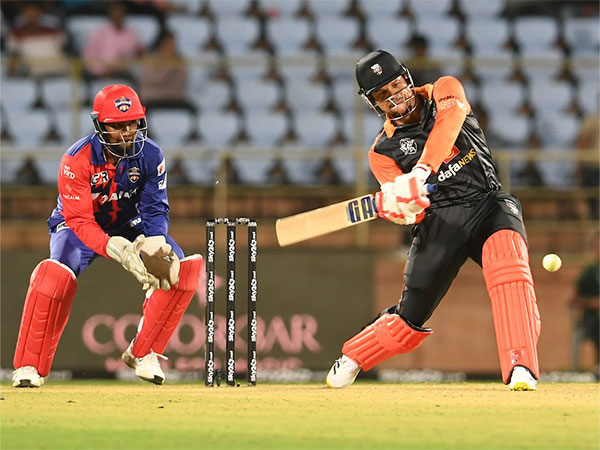 LLC 2022 : Legends League Cricket : Ricardo Powell did almost everything but could not finish the game and that in the…

LLC 2022 : Legends League Cricket : Ricardo Powell did almost everything but could not finish the game and that in the end unfortunately cost Manipal Tigers dear as they were knocked out of the Legends League Cricket (LLC) at the Barkatullah Khan Stadium here on Saturday on account of inferior run rate despite winning the match by three wickets against India Capitals. The last league game of the season, between the Tigers and India Capitals, turned out to be an absolute thriller, highlighting once again the high competitive quality of the tournament. Follow LLC live updates with InsideSport.IN

Ironically, the Tigers bowed out despite winning the match by three wickets. That is because though they finished on the same number of points — 5 — as the Gujarat Giants, an inferior net run rate meant they finished at the bottom of the four-team table.

While the Giants had a net run rate of -0.366, the Tigers ended with -0.467. Only the top three teams qualify for the playoffs. In the Qualifier on Sunday, the Capitals will face off with the Bhilwara Kings for a place in the final. While on Monday, the loser of the Qualifier will play against Giants in the Eliminator contest.

Both the matches will be played in Jodhpur. Chasing a 184-run target, former West Indies batter Powell used his power to the fullest as he hit fours and sixes almost at will. When the Tigers were 167/2 in 16.4 overs, they needed to make the remaining 17 runs off 10 balls to finish with a better net run rate than the Giants.

With Powell going hammer and tongs and a set Corey Anderson at the other end, it seemed the Tigers were well on course. But the match turned dramatically. First Anderson (39 off 21 balls) got out and then, a few balls later, Powell too departed.

The Caribbean big-hitter made 96 off just 52 bowls with eight fours and seven sixes. At that stage, the Tigers needed 11 off 3 balls. The task was too much for the new batters at the crease. They ultimately won off the last ball of the match, but by then it was too late.

John Mooney (2/39) and Pravin Tambe (2/20) were the stars for India Capitals with the ball. Earlier, powered by three solid half-centuries, the Capitals posted a challenging 183/2 on the board.

Hamilton Masakadza (60 off 35 balls), Denesh Ramdin (64 off 51 balls) and Ross Taylor (51 not out off 31 balls), who was also captaining the Capitals on Saturday, struck fifties.

Such was Masakadza’s dominance at the crease that when the Capitals scored an impressive 58 without loss after six overs, the 39-year-old alone had scored 51 of those runs. Corey Anderson (1/11) got the solitary wicket for the Tigers among the bowlers.