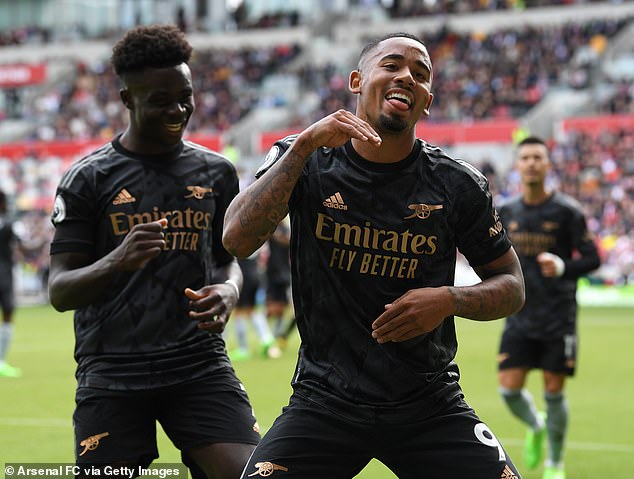 The Premier League returned in part with a bang after last weekend’s fixtures were suspended following the death of Queen Elizabeth II.

Leaders Arsenal got back to winning ways after a brilliant 3-0 victory away at Brentford, with William Saliba and Granit Xhaka the standout performers.

Manchester City and Tottenham however maintained the pressure on the Gunners with comfortable 3-0 and 6-2 victories at Wolves and at home to Leicester respectively.

High-flying Fulham secured their third win of the season after holding on for a 3-2 win at Nottingham Forest, while Neal Maupay’s goal against West Ham gave Everton their first victory of the campaign.

Aston Villa were 1-0 winners against Southampton but a dominant Newcastle were held to a frustrating draw at St James’ Park against Bournemouth.

However, three games were suspended this weekend too due to policing issues while Queen Elizabeth II’s coffin was lying in state.

Liverpool’s visit to Chelsea and Manchester United’s home match against Leeds were both put back to a later date due to policing issues.

Brighton’s derby against Crystal Palace had already been called off due to rail strikes, but once those were cancelled the match remained postponed due to a lack of policing staff available.

So with all that in mind and players’ achievements so far this term, here’s the latest top 10 of Sportsmail‘s Premier League Power Rankings.

A player who has not featured in the previous gameweek after Liverpool’s visit of Chelsea was postponed.

But the Colombian international has looked lively every time he has played for the Reds this season, even if the end product has not always followed.

With four goals in nine games across all competitions this season, he remains one of Liverpool’s greatest threats. 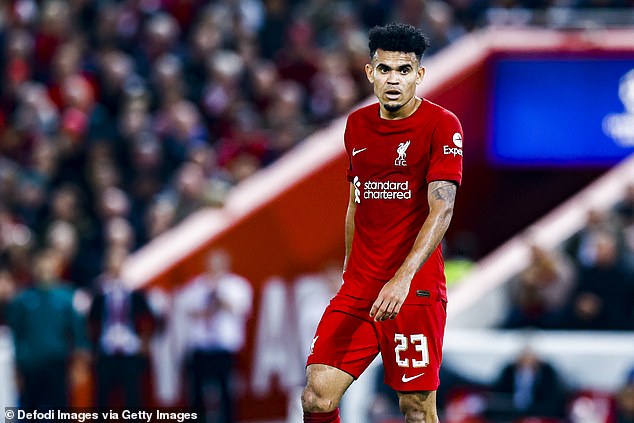 Another Reds star who has been in our Power Rankings for four weeks now but has dropped down from second position gradually.

With three goals in five Premier League games this term, he has been another vital cog in Liverpool’s so far faltering side.

But he will need to make sure he is up to scratch when Brighton come to Anfield after the international break. 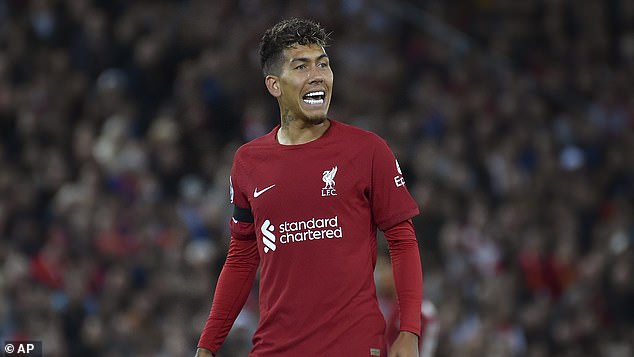 Rightly rewarded with an England call-up after an excellent breakthrough Premier League campaign last term and a promising start to this season.

But Toney could not celebrate his call-up with a goal as he struggled to impose himself against William Saliba (more on him later) and Gabriel Magalhaes as Brentford suffered defeat by Arsenal.

It should not detract from the excellent start he has enjoyed this term and which includes a hat-trick against Leeds, and for that reason he is a non-mover. 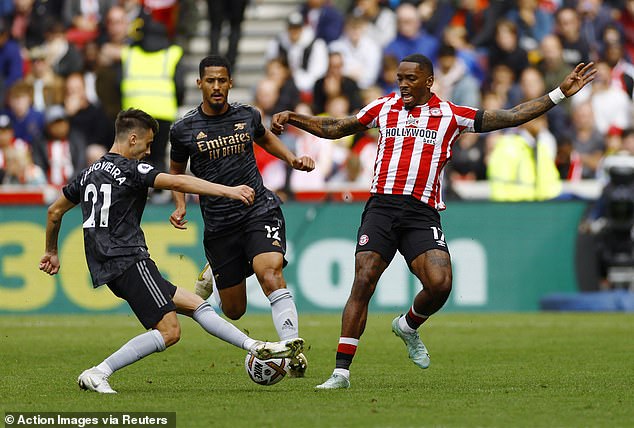 What a way to make your first appearance in this season’s Power Rankings.

Tottenham had far from settled their Premier League home match against Leicester when the South Korean – who had yet to score in this campaign and was facing increasing scrutiny – entered the fray.

And the Foxes’ hopes of rescuing themselves from 3-2 down were obliterated in 14 second-half minutes, with a stunning dribble and right-foot strike being the first of three goals.

He then struck with his left, curling a shot home from 25 yards before completing his hat-trick after firing home at the near post. Spurs were 6-2 winners, and Son was the most relieved man in the league. 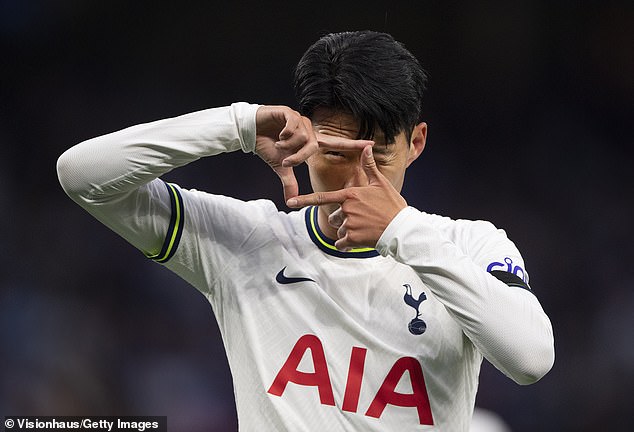 A player who was robbed of the chance to haunt his former club after the Blues’ match against Liverpool was called off.

Provided a reminder of his impeccable finishing ability in the Champions League in midweek and looks set to be an integral part of Graham Potter’s side.

Falls from fourth place with others performing in the games that went ahead but don’t be surprised if the England star rises back up the ranking again once he has been away with Gareth Southgate’s men. 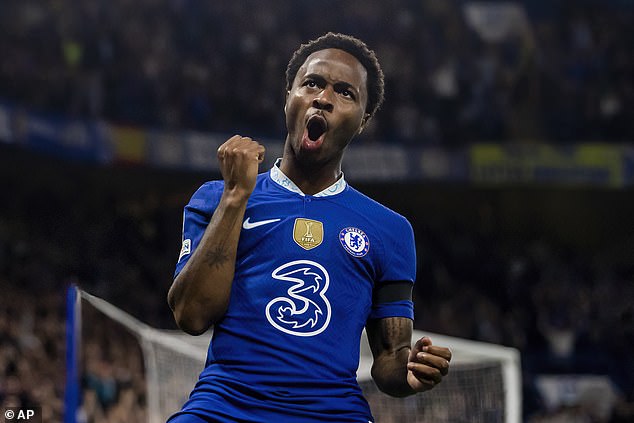 Arsenal fans already have enough reasons to be excited by William Saliba but Sunday was just yet more confirmation the 21-year-old appears to be playing beyond his years.

Mikel Arteta revealed after the Gunners’ win the France international had not trained for 10 days due to having some discomfort and had only one training session before the short trip to west London.

But there was no sign of those struggles as he opened the scoring with a wonderful flicked header at the near post, to go with an 89 per cent pass accuracy and winning four of his five ground duels.

Opposing boss Thomas Frank was also very complimentary about the Frenchman, whose stature continues to grow in the Premier League and who now looks certain barring injury to go with France to Qatar. 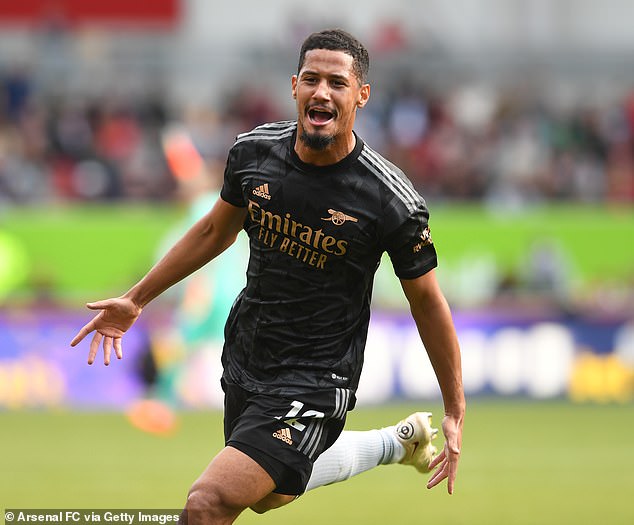 4. Aleksandar Mitrovic (Fulham) – DOWN ONE

Somewhat surprising that a player who has scored six Premier League goals in seven games this season had no goal involvements in a five-goal thriller.

But the Serbian still made a significant contribution to the victory, proving to be a key link to the wide players as Fulham countered, as well as admirably holding the ball up after the Whites had gone 3-1 up.

There can be no doubts as to his ability to score in this league and while one of his more understated performances, he still remains a key part of who Marco Silva’s men attack even when he does not score. 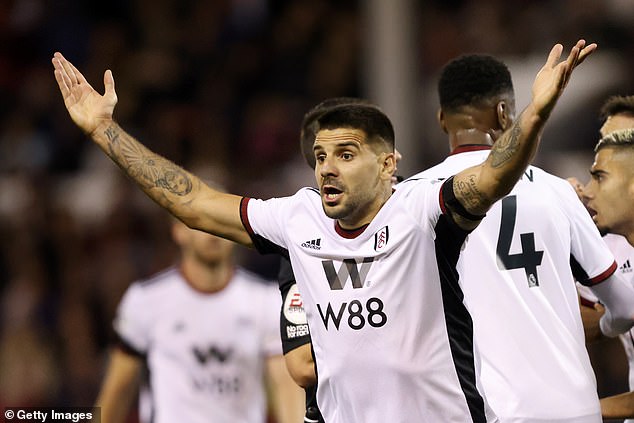 The Belgian equalled Steven Gerrard’s Premier League assist record of 92 after setting up two of Man City’s goals at Wolves on Saturday.

The Belgian – who reached the feat in 287 games fewer than the former Liverpool captain – linked up with Jack Grealish to help City score after just 55 seconds.

City’s talisman then secured his 92nd league assist with a perfectly-executed cross seeing Phil Foden poke the ball past a helpless Jose Sa.

It is almost the oldest cliche to claim there are no more superlatives to describe De Bruyne, but his consistency season after season demonstrates the brilliance of the player. 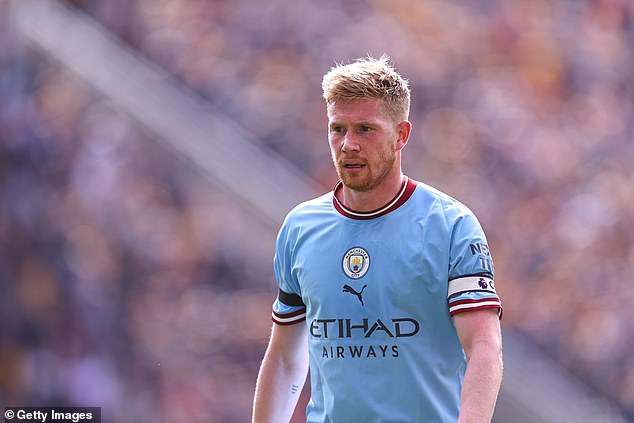 The Tottenham star nodded home the equaliser just a couple of minutes after Youri Tielemans’ penalty, taking his tally against Leicester to 20.

That is the highest number he has scored against any one club and after the introduction of Son, he registered an assist for the South Korean’s second.

There were sloppy moments too but this was another demonstration the England captain does not always need Son around to spark into life.

After England’s games against Germany and Italy he plays against another side who he cannot stop scoring against, Arsenal. What a thriller that north London derby promises to be. 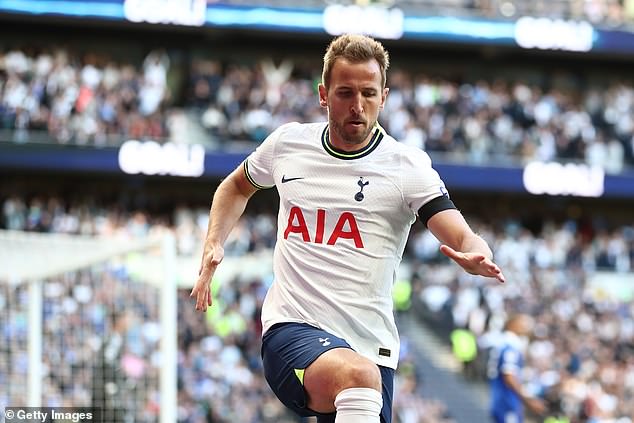 Yes, four weeks and counting at the top of our rankings for a player who just continues to defy belief.

The notion of him needing few touches to show his devastating talent came to the fore again, this time netting at Molineux from outside the box with a right-foot effort.

Those few touches meant there were times he did not appear to be in the game, but that clip of him shoving Jonny Otto as he hared into the penalty area demonstrated just how terrified the hosts were of him. 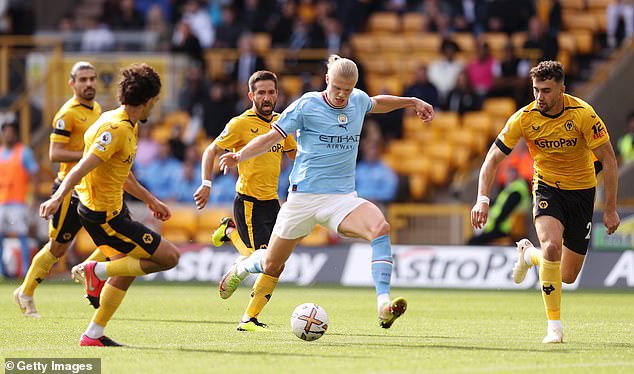