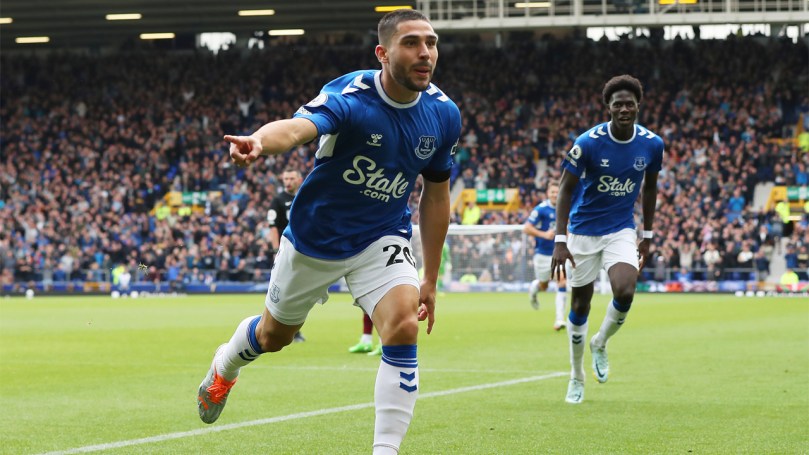 Maupay, a recent signing from Brighton & Hove Albion, took an excellent touch from Alex Iwobi’s pass and volleyed into the back of the net from the edge of the box in the 53rd minute.

The win ends a run of four successive draws for Everton and moves them up to 13th in the standings, while West Ham remain in the bottom three with one victory from their seven games, this loss their 1000th in the top-flight.

“It means a lot,” Maupay told Sky Sports. “I’m very happy with the win, that is the main thing. We have been playing well and it was just a matter of time. Hopefully we can build on it.

“The first touch is always the key, you can then have an easier finish. We’ve got very good players in the midfield and on the wing.

“I’ve got to be there to finish. I know my job, I just have to score.”

Both teams huffed and puffed through the first half without creating much in the way of chances. Everton had the majority of possession but did not manage a single shot on target.

West Ham created a succession of corners, some that led to headed opportunities, but none had the power or direction to beat home goalkeeper Asmir Begovic, who was in the side for the injured Jordan Pickford.

Maupay’s goal on 53 minutes brought relief for the home fans, but also fired West Ham into action and they struck the woodwork through substitute Said Benrahma, whose curling shot had the beating of Begovic but not the post.

“If you look at the table before the game, it was two teams on the same points,” West Ham captain Declan Rice said. “There was not much in it. We had the chances but could not put the ball into the back of the net.

“In the first half we turned the ball over so many times, at this level you can’t do that.

“We have to keep playing and keep believing, and doing what the manager wants. There is time to turn things around. It is up to us players.”