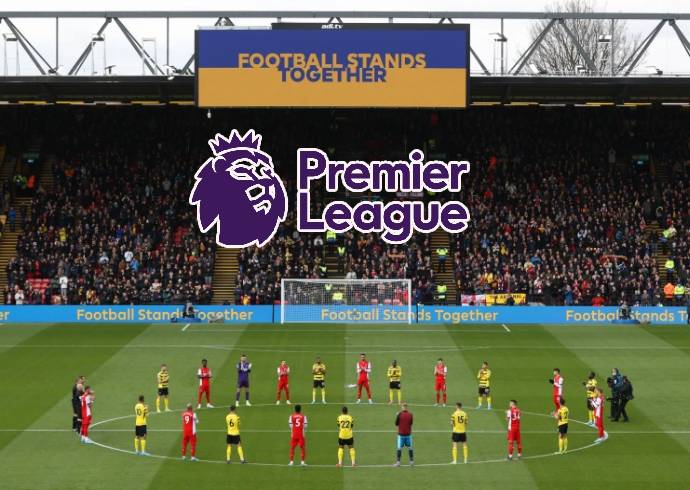 The top flight’s ongoing Russian TV deal with Rambler Media, which is owned by state-owned Sberbank, had three months left to run and this season’s £6million rights fees have already been paid in full.

A new six-year, £41m-worth TV contract with Match TV was due to come into effect next season.

In a separate move, the Football Association has also suspended its deal with Russia, meaning this month’s FA Cup quarter-finals will not be shown while the English Football League has withdrawn broadcast access in the country.

The move will take effect immediately, meaning Thursday’s four matches will not be shown in the country.

The English top flight also says it will donate £1m to support the people of Ukraine.

Who Owns the Media Rights of Premier League in Russia? The TV rights for the Premier League were owned by the Rambler Group. The company was in its final year of a three-year deal to show matches in Russia.

“We call for peace and our thoughts are with all those impacted,” the Premier League said in a statement.

“The £1m donation will be made to the Disasters Emergency Committee (DEC) to deliver humanitarian aid directly to those in need.”

In a separate move, the Football Association has also suspended its deal with Russia. That means none of this month’s FA Cup quarter-final matches will be shown.

It is understood there will be no repeat of the pro-Ukraine branding that took place around last weekend’s games. However, clubs have been cleared to produce their own response if they wish.

The English Football League (EFL) says it has also suspended broadcast feeds of its matches in Russia.

“Echoing the views of the Premier League and other organisations around the world, the EFL remains deeply concerned by the ongoing conflict,” the EFL said in a statement.

“As has been demonstrated at EFL grounds around the country, ‘Football Stands Together’ with the people of Ukraine and all those impacted.”

Last weekend Chinese rights holders did not broadcast Premier League matches in their country, which is a close political ally of Russia.