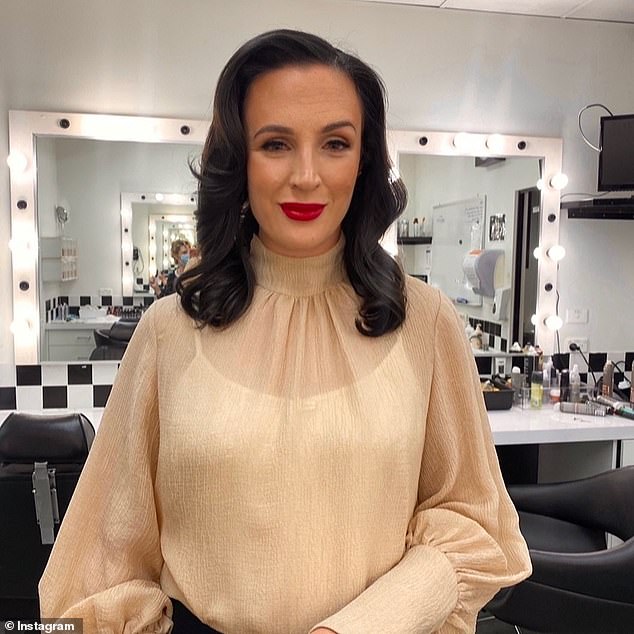 Football Australia is set to ban touring teams from making any promotional appearances with other codes after TV star Lucy Zelic slammed soccer authorities over a ‘f***ing embarrassing’ photo of a Manchester United star holding an Aussie Rules ball.

The move will see members of sides such as United, Leeds, Crystal Palace and Aston Villa – all of which are currently on pre-season tours in Australia – barred from any activity that could benefit the AFL, NRL or other sports down under, according to a report in The Age.

It appears to have been prompted by Zelic’s outburst on July 15, when she took to Twitter to voice her outrage over a shot of Red Devils star Marcus Rashford holding a Sherrin footy.

She was soon joined in condemning the promotional appearance by soccer and AFL fans alike. 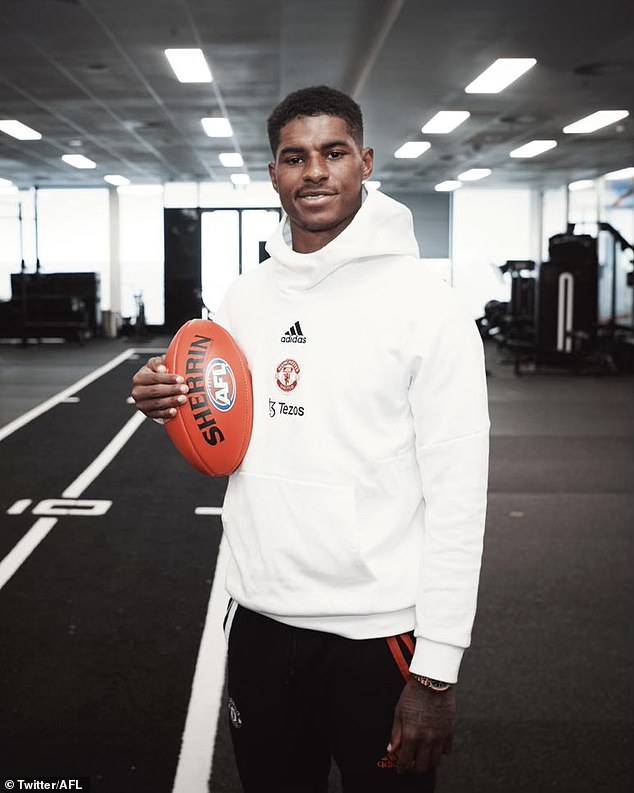 Zelic was incensed by this photo of Manchester United star Marcus Rashford holding an Aussie Rules ball, which was used in promotional efforts by the AFL

‘Can someone tell me what the point of this is?’ Zelic fumed.

‘Is Marcus suddenly going to switch codes and sign for an AFL side? Go and pat a koala, meet with proud members of our Indigenous communities and spend time with grassroots FOOTBALL clubs.

‘This is just f**king embarrassing.

‘This is a blatant PR exercise that Marcus was told to do, nothing more. Cross-code promotions are a waste of time. They should be appealing to FOOTBALL fans.’

Zelic also accused the AFL of ‘s****ing’ on football fans ‘time and time again’ as she insisted doing anything to help the rival code ‘is just insulting’.

Rashford also infuriated soccer fans by posing with members of several Melbourne sporting teams – like the NRL’s Storm – at AAMI Park, but not with any A-League or W-League players. 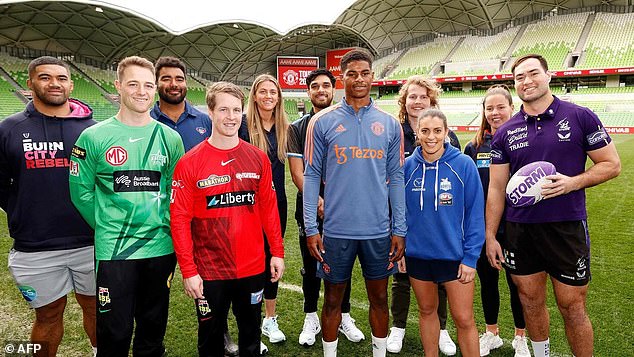 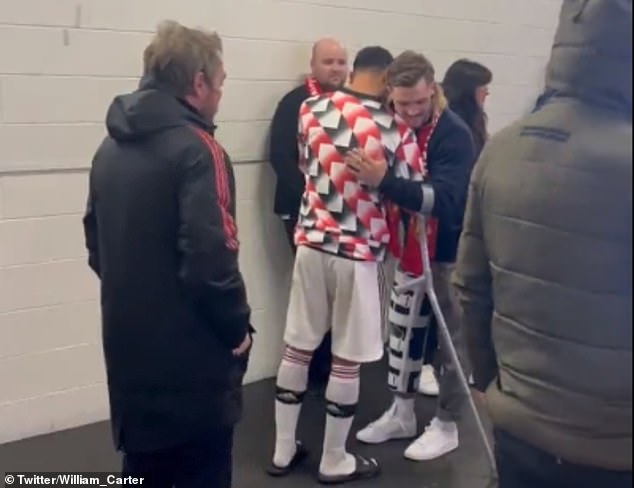 Had the ban been in place for United’s current tour, it could have prevented NRL star Ryan Papenhuyzen (on crutches) sharing a heartwarming moment with Red Devils star Bruno Fernandes, who gave him his jersey on Tuesday night

Had the ban been in place before United’s current tour, it could well have ruined a heartwarming moment between Red Devils star Bruno Fernandes and the Storm’s Ryan Papenhuyzen on Tuesday night.

The two struck up an unlikely friendship during a promotional photo shoot on a tram and the Portuguese midfielder gave his jersey to his new mate after beating Crystal Palace at the MCG to cheer him up after Papenhuyzen suffered a shocking season-ending injury.

‘Bit of a back story: when he found out of the injury he asked if he was able to come up the hospital and visit,’ Papenhuzen told his Instagram followers.

‘He’d just come off a week of non stop training and media commitments and that was his first thought. Fan for life now.