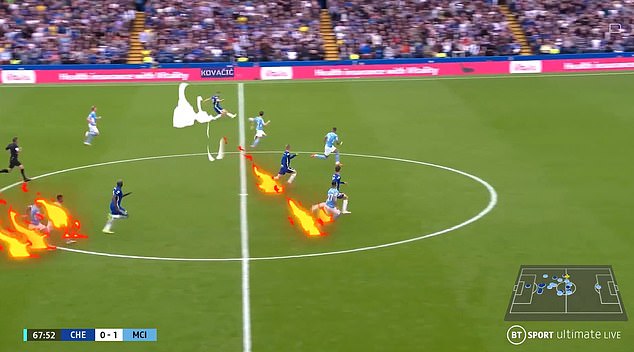 EXCLUSIVE: Premier League TV coverage set to be TRANSFORMED with new real-time data system providing player speed, positioning and shot power… and the tech is coming in THIS season!

The Premier League is set for a broadcasting revolution with Sky Sports and BT Sport able to offer live data on each player’s running speed, shot velocity and positioning during matches for the first time.

Sportsmail has learned that the top-flight’s technology partner Genius Sports have developed a new system of skeletal player tracking which delivers data in under a second, giving TV viewers access to a wealth of information in real time.

The new technology is set to be rolled out during the second half of the season after an agreement was reached between the Premier League and Genius Sports earlier this week. 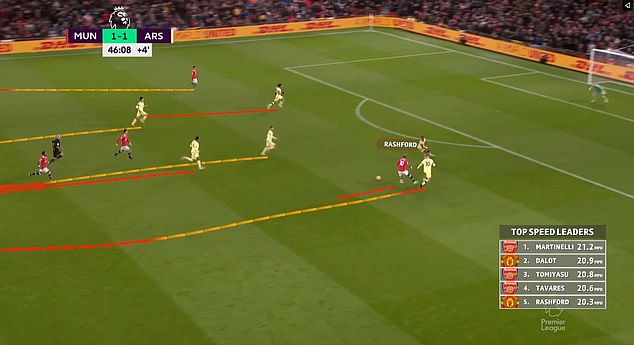 Data is delivered in under a second, giving viewers access to a wealth of real-time information 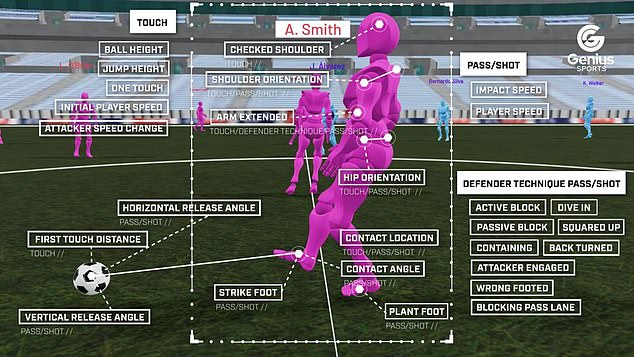 Genius Sports, a partner of the Premier League, has developed a new skeletal player tracking system which monitors distance and speeds that would transform the way fans watched TV

As part of the deal Genius Sports will also provide the 20 Premier League clubs with enhanced data during games to be used as an additional coaching aid.

The new system developed by a subsidiary of Genius Sports, Second Spectrum, will give armchair fans access to information that was previously reserved for elite coaching teams.

All Premier League live games are broadcast with an eight-second delay so the sub-second skeletal tracking will enable the data to be presented to viewers in real-time.

As a result key metrics such as the speed of individual player runs, movement off the ball and the power of shots and crosses will be available for the first time. 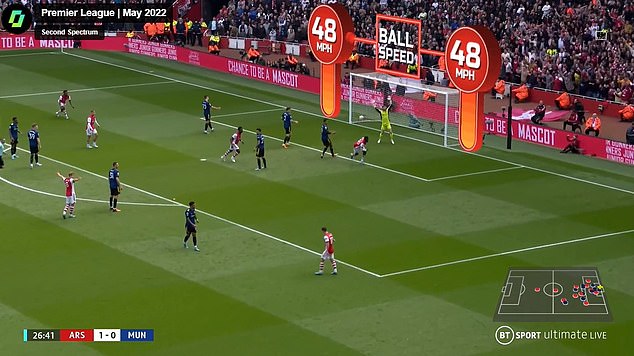 One example shown is of a goal for Arsenal against Manchester United, where the ball speed was 48mph

The new technology will enable broadcasters to display a player’s running speed alongside them as they are rampaging forward down the wing for example, and the speed of each shot immediately after the ball has left the player’s foot, providing a more immersive experience for viewers.

The development of skeletal tracking represents a major step forward in terms of the accuracy of player positional data as it records multiple contact points, whereas previously such monitoring was restricted to a single body part.

Genius Sports are also understood to be working on an even more sophisticated system of ‘mesh tracking,’ which will involve recording thousands of contact points all over each player’s skin.