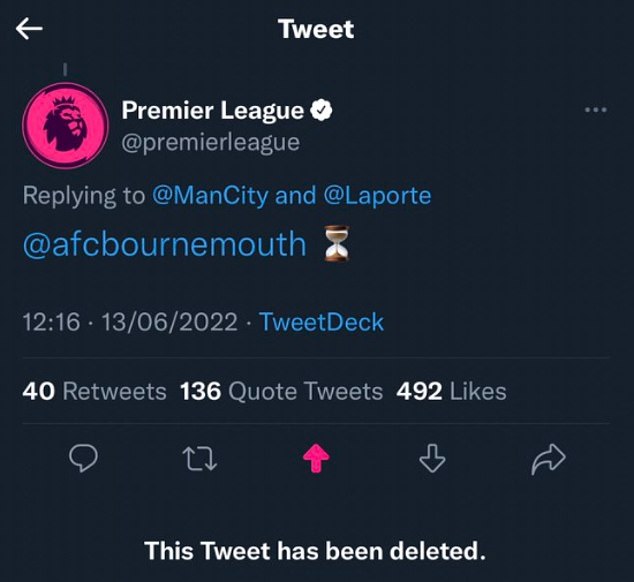 The English top-flight’s Twitter account revealed City’s title defence will begin against Bournemouth – three days before the fixtures are officially released on Thursday.

Responding to Pep Guardiola’s side and defender Aymeric Laporte on Twitter, the Twitter page – with 33.1million followers – posted ‘@afcbournemouth’ with an hourglass emoji.

That seems to indicate City will start with a clash against Scott Parker’s newly promoted side, who went up after finishing second in the Championship, two points behind champions Fulham.

Norwegian striker Haaland, whose £51m transfer from Borussia Dortmund was finally confirmed on Monday, could begin life at his new club against the Cherries.

The tweet has now been deleted, but was picked up on by an eagle-eyed fan, who posted a picture of the tweet with the caption: ‘Ahaha no way, the premier league account just accidentally leaked That City is playing Bournemouth in the first GW.’ 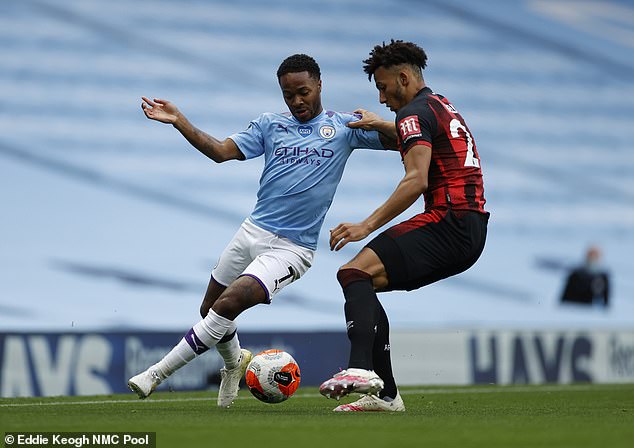 If accurate, Pep Guardiola’s side could begin their title defence against the Cherries in August

Two lists of so-called ‘leaked’ fixtures have been circulating on social media over the past 24 hours, which show eight rounds of games from August 6 to September 24 and then another eight from December 26 to February 11.

But crucial missing details raised doubts over the data, with no midweek games calling into question its authenticity. 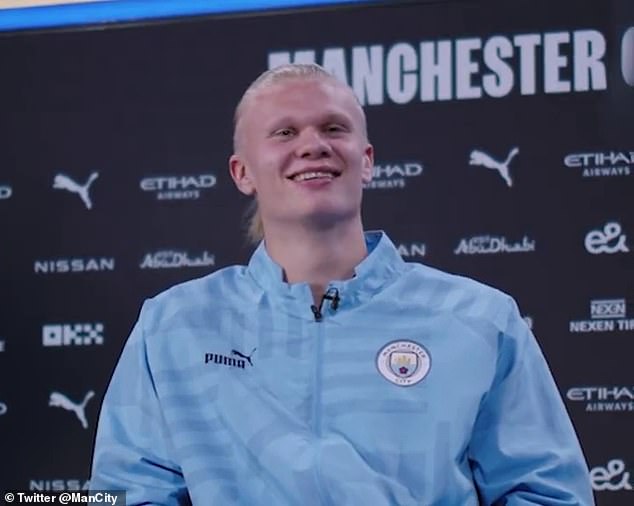 It also fails to take into account a planned international break on the weekend of September 24, a date which has a full list of fixtures despite the pause in schedule.

England, for instance, have Nations League fixtures in store on September 23 and 26, meaning Premier League teams will not be in action that weekend.