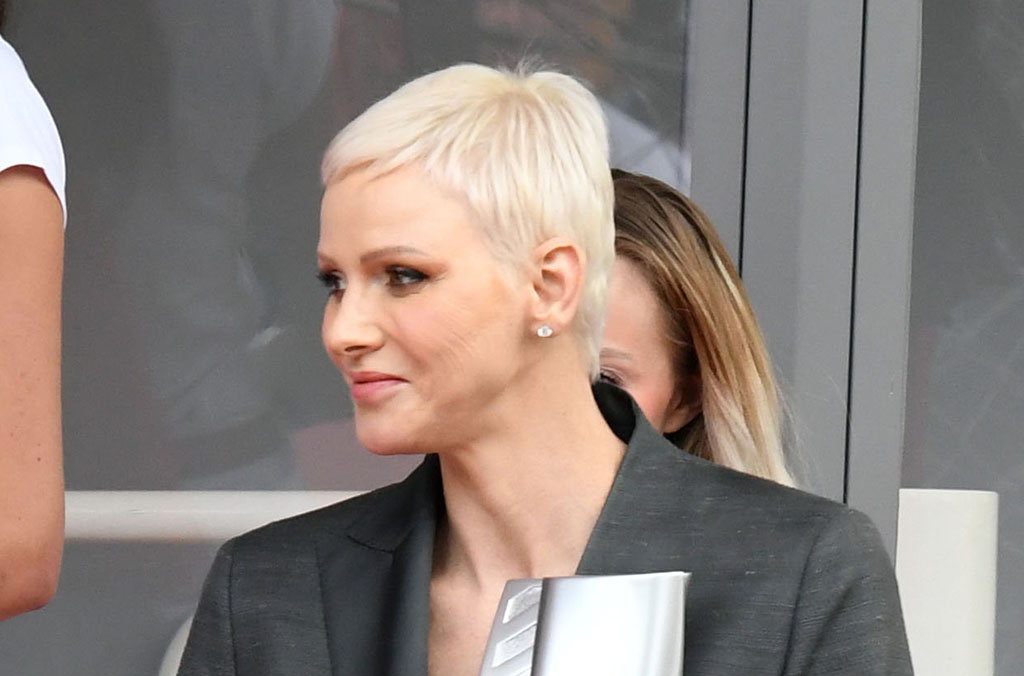 Princess Charlene made a rare appearance at the Monaco E-Prix on April 30 after almost two years of reported health issues. The 44-year-old royal was spotted with her husband Prince Albert and the couple’s 7-year-old twins Princess Gabriella and Prince Jacques at the event. To reemerge into the public eye, the royal wore a chic yet simple coal suit which paired beautifully with her model-esque cropped white-blond hair.

For the racing event, Princess Charlene dressed in a slightly-oversized dark gray suit, keeping her blazer buttoned over a matching top. The royal’s trousers featured a modern slit detail up the front of the pant leg, which ended at the mid-calf and added an element of interest to the look. Princess Charlene paired it with simple diamond studs, which complemented her short bleach-blond pixie cut. For makeup, the beauty opted for a mostly neutral look with a shimmery, dark-rimmed eye and a slightly rosy cheek.

Princess Charlene has been out of the public eye due to a variety of health problems over recent years, but she appears to be feeling better enough to brave the public eye once again. And she’s doing do in impeccable style.

See more of royal couples through the years.