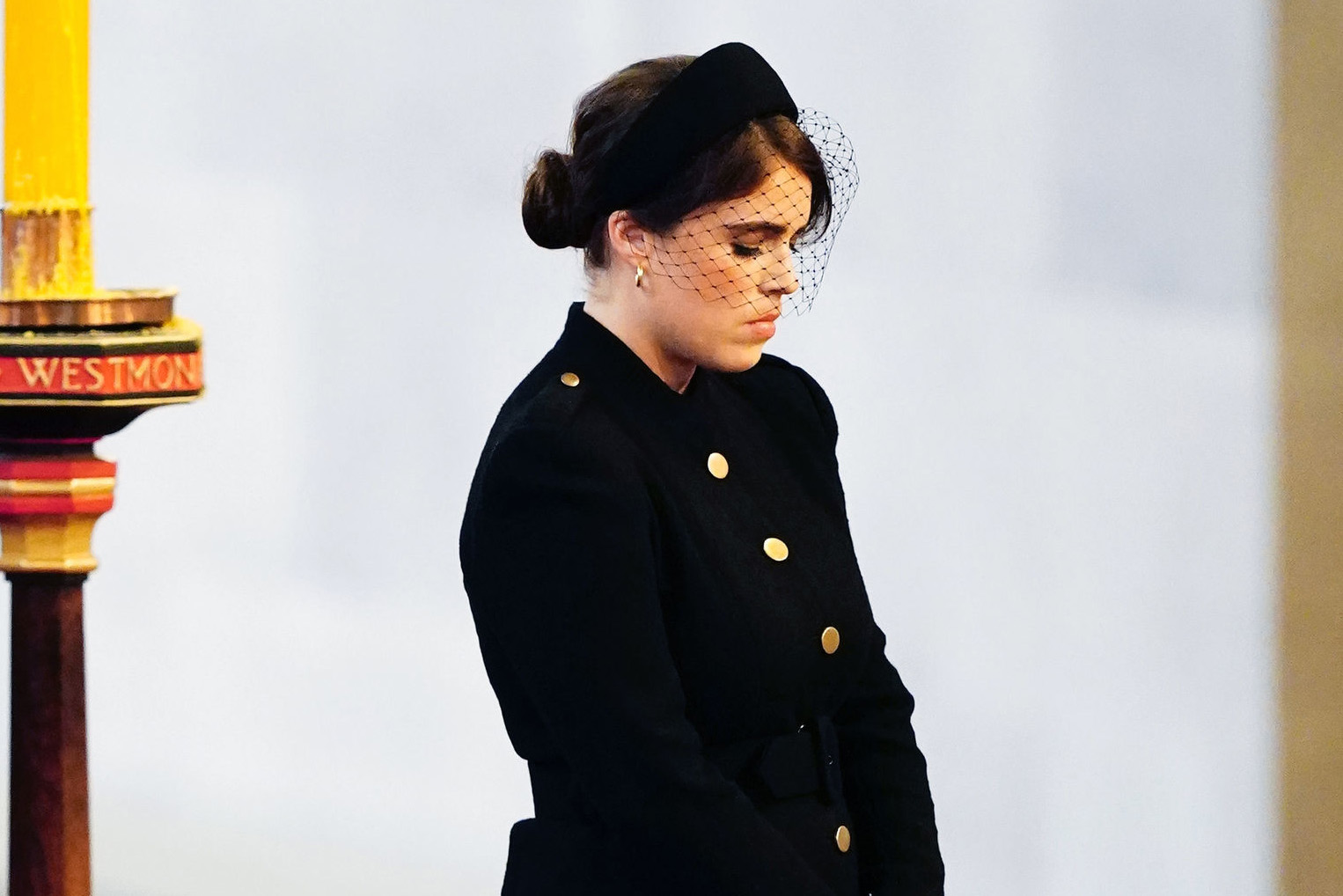 Princess Eugenie gathered with her royal cousins to mourn Queen Elizabeth II at today’s vigil at Westminster Hall in London. The ceremony marked a rare moment when all eight of the late monarch’s grandchildren were reunited.

Eugenie donned a black trench coat with gold buttons, black tights, and classic pumps for the ceremony. Princess Beatrice‘s sister also wore a black headband with a veil, to show respect to Queen Elizabeth II. A black veil is considered a symbol of sadness and is often used by royal women after the death of a loved one.

Although there are no official rules for royal women regarding wearing tights in public, it’s expected that royal women will wear black or nude tights during the mourning period as a sign of respect to Queen Elizabeth II.

The look is similar to what Eugenie wore for the lying-in-state procession on Sept. 14, when she was in a black midi dress, accessorizing with a black fascinator.

Princess Eugenie is the youngest daughter of Andrew and Sarah Ferguson. She is 12th in line to the throne.