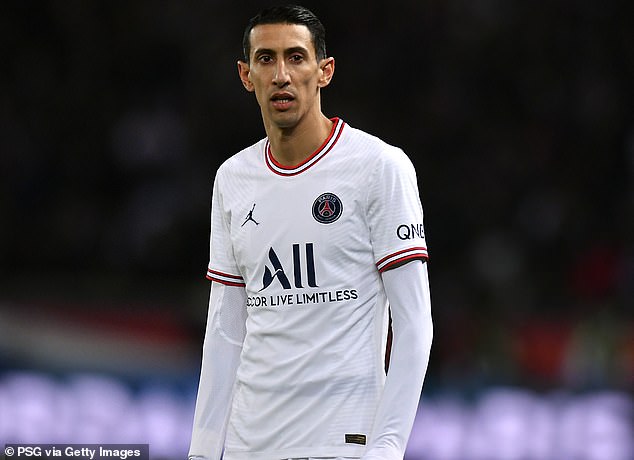 Paris Saint-Germain have hailed Angel di Maria’s ‘unwavering commitment’ and invited fans to pay tribute to the midfielder at the final Ligue 1 home game of his seven years at the club.

In a statement following a social media post by the former Manchester United winger, PSG president Nasser Al-Khelaifi confirmed that the French champions would not be taking up the option of an extra year on Di Maria’s contract and praised the 34-year-old’s ‘impeccable spirit’.

Team-mates including Neymar, Marco Verratti and Kylian Mbappe had shown their support for Di Maria after the club’s record assist-provider shared a photo on Instagram thanking the PSG squad before the club announced his imminent departure. 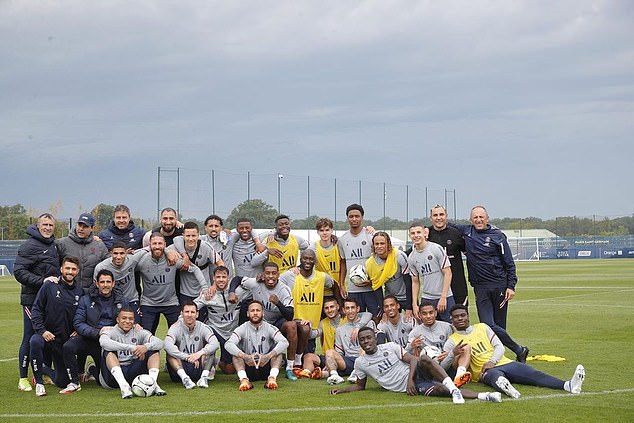 Al-Khelaifi said: ‘Angel Di Maria has definitely [entered] the history of the club. He will be remembered by supporters as a player of impeccable spirit, who showed unwavering commitment to defending our colours.

‘I invite the whole Paris Saint-Germain family to meet [on Saturday]  at the Parc des Princes to pay him the tribute he deserves.’

Di Maria scored 91 goals and set up another 111 across 294 matches for the Champions League regulars.

The Argentina international broke Safet Susic’s assist record for PSG in May 2021 when he turned provider for the 104th time since joining from United for £44million in August 2015, helping his side beat Monaco 2-0 to win the Coupe de France.

Earlier reports had claimed that Di Maria was angry at the manner of his exit and had not planned to leave the club.

The 2014 Champions League winner with Real Madrid is said to be in advanced talks with Juventus.

Di Maria is likely to be reunited with striker Lionel Messi at the 2022 FIFA World Cup in Qatar in November and December.

The member of the 2021 Copa America-winning side will retire from international football after the finals.