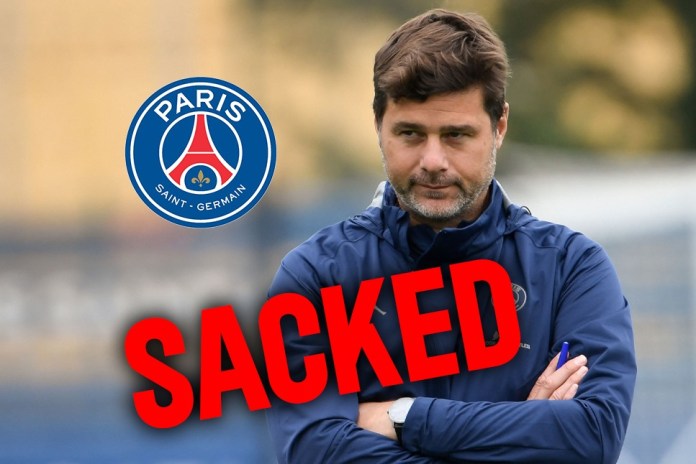 Nasser Al Khelaifi decided to sack Mauricio Pochettino even before the appointment of Luís Campos as new director. So it’s Paris Saint-Germain decision, not up to Campos. 🇫🇷🇦🇷 #PSG

Pochettino’s departure will be officially confirmed in the coming days. No statement for Leonardo.

Taking charge of the 10-time Ligue 1 champions in January 2021, the former Southampton and Espanyol manager’s time in Paris has lasted a little over 12-months.

Despite the 50-year-old’s time in Paris likely to divide opinion, he did guide the side to three trophies, including the 2021-22 Ligue 1 title.

However, crashing out of the Champions League during the first knockout round against Real Madrid was probably the deciding factor when it came to deciding the South American’s long-term future.

The Argentine manager has long accepted his fate after a disappointing season in the French capital, and PSG’s appointment of Luis Campos as a sporting director has accelerated their decision to part ways with Pochettino.

90min first reported back in February that PSG were planning to sack Pochettino this summer. Performances on the pitch were subpar and it was becoming increasingly clear that he was not the man to get their front three of Kylian Mbappe, Neymar and Lionel Messi firing on all cylinders.

Pochettino replaced Thomas Tuchel in the Parc des Princes dugout in January 2021 with PSG faltering in the defence of their Ligue 1 title. Les Parisiens would fall short to Lille domestically but managed to reach the semi-finals of the Champions League.

PSG’s 2021/22 season was dominated by Messi’s stuttering arrival, their Champions League collapse to Real Madrid and the future of Mbappe, who opted to sign a fresh contract back in May.

With Pochettino set to depart, PSG’s attention will switch to finding a successor. Zinedine Zidane has long been viewed as an ideal candidate by the club’s hierarchy, though his advisor recently played down reports suggesting the former midfielder is close to an agreement to take over.

Nice boss Christophe Galtier, who worked under Campos at Nice, is also admired, as is Sporting CP manager Ruben Amorim. Tottenham head coach Antonio Conte was a target earlier this year but he has reaffirmed his commitment to Spurs.