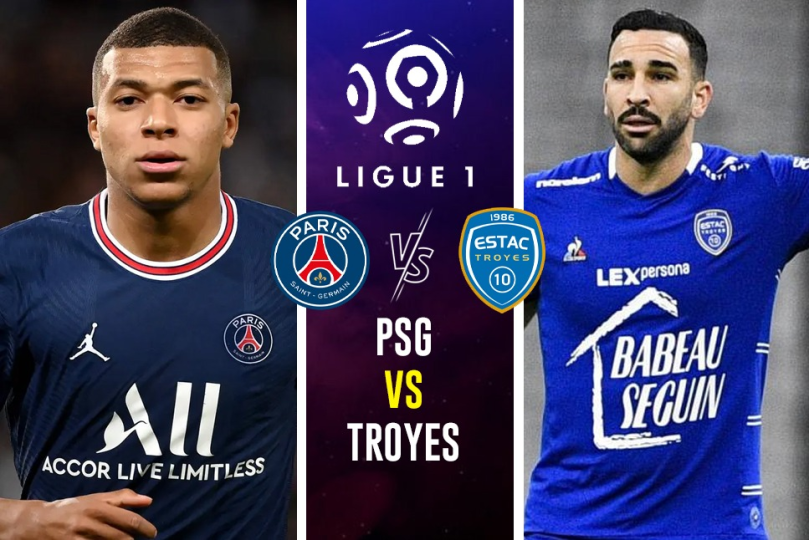 PSG vs Troyes LIVE – Ligue 1 LIVE –  Paris St-Germain welcome mid-table Troyes to the Parc-des Princes on Saturday hoping to extend their lead at the top of the league. The hosts are coming off an impressive 7-2 victory against Maccabi Haifa in the Champions League to keep top spot ahead of Benfica. Follow Ligue 1 LIVE updates on Insidesport.IN

The French giants have been in scintillating form this season, with the trio of Kylian Mbappe, Lionel Messi and Neymar all getting on the scoresheet at the midweek. PSG also returned to winning ways in Ligue 1 with back-to-back wins over Classique rivals Marseille and Ajaccio.

Troyes, meanwhile, are in 11th spot with 13 points from the first 12 games. They have won only 1 of their last 4 games and have struggled for form during the last month of the league before the World Cup begins. However, PSG will pose a tough threat for them as the leaders have opened a five-point lead at the top over Lens.

Presnel Kimpembe has returned to training from a hamstring injury, but is some time away from making a return to the squad. Sergio Ramos and Neymar completed their suspensions, with Danilo yet to return after a hamstring problem. Nuno Mendes is also scheduled to make a long-awaited return to the side after injury.

Lucien Agoume is doubtful with a muscular injury, with Yoann Salmier back from suspension in defence.  Abdu Conte and Jackson Porozo are in good form and will be expecting to start in the line-up. Ripar is expected to continue in attack for Troyes.

PSG vs Troyes LIVE: When and where to watch the LIVE streaming of Ligue 1 matches?

When will PSG vs Troyes kick off in Ligue 1? – Date

PSG vs Troyes match will be played on 29th October 2022

What time will PSG vs Troyes kick-off? Time

Where will PSG vs Troyes be played? – Venue

The game will kick off at the Parc des Princes

Ligue 1 LIVE: When and where to watch the live streaming?

Ligue 1: Who will be the Match official? Referee

The referee for the game is yet to be decided.

Where to watch PSG vs Troyes in India?

How do I watch live streaming of PSG vs Troyes?

Which TV Channel will telecast  PSG vs Troyes live?

For Indian fans, the new season of Ligue 1 will be broadcasted on Viacom18’s flagship youth brand channel MTV and OTT platform, Voot Select. The three-year partnership with India’s youngest and leading media conglomerate, which was announced a few months earlier, will bring the premier French football league to fans in the country with a fresh and exciting feel.

Follow InsideSport on GOOGLE NEWS/Follow All Ligue 1 LIVE Updates and Scores on InsideSport.IN.